Health & Medicine
Osteoporosis is known to be a risk factor for fragility fractures in postmenopausal women. However, not all women who suffer fragility fractures have osteoporosis, so other factors must also be important. Dr Koji Fujita of Tokyo Medical and Dental University is investigating the link between certain physical characteristics and risk of fragility fractures. In this work, Dr Fujita found a significant decrease in grip strength and balancing ability in postmenopausal women who had suffered fractures of the radius. In particular, grip strength may be a useful tool for assessing fracture risk.

As we age, we are at increasing risk of suffering broken bones. Poor balance, muscle weakness and lower bone density are all factors that can contribute to fractures as a result of falling. Postmenopausal women are particularly at risk of a type of injury known as a fragility fracture. A fragility fracture is defined as a broken bone as a result of falling from a standing height or less; normally, human bones should be able to withstand such a minor accident. 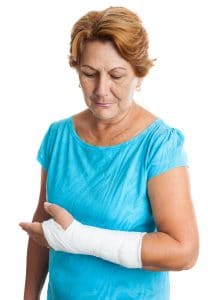 In postmenopausal women, four types of fracture are particularly common: spine, hip, proximal humerus (upper arm) and distal radius (lower arm). Often, the first type to occur are the distal radial fractures (DRF). Patients with DRF tend to be younger than those with other types of fracture, and are at risk of going on to suffer more broken bones as they age.

Osteoporosis: one risk factor among many
Osteoporosis is a known risk factor for fragility fractures. Osteoporosis, which literally means porous (or spongy) bones, causes bones to become weak and brittle, leaving them more likely to break. The condition is relatively common in postmenopausal women, as the hormonal changes that occur during the menopause cause a higher than normal rate of bone loss. However, fewer than half of patients with DRF are diagnosed with osteoporosis. This means that other risk factors must play an important role in fragility fractures. As DRF in postmenopausal women is normally caused by falling from standing height, muscle weakness and/or poor balance are likely to be contributing factors.

A decline in grip strength might play
a bigger role in predicting the first fragility fracture than osteoporosis.

The causes of distal radial fractures
Dr Fujita and his colleagues found that there has been little previous research on the links between muscle weakness, impaired balance and DRF. The scarcity of information prompted the team to investigate some of the physical characteristics of DRF patients. They first identified a group of 128 women who had suffered DRF as their primary (first) fracture and had been treated surgically. These patients were compared with a second, control group of 128 women of a similar age who had not experienced a fracture. To make sure the study was fair, Dr Fujita and his colleagues checked that there were no significant differences between the two groups in terms of age at menopause, hand dominance and lifestyle, including factors such as whether the patients smoked or drank alcohol.

The team looked at two particular physical characteristics: grip strength and lower body balancing ability. Dr Fujita hypothesized that DRF patients would have both a weaker grip and less ability to balance, compared to the control group.

Grip strength
Dr Fujita’s team found that grip strength was significantly lower in patients with DRF. They took two measurements to confirm this: the first at two weeks after surgery, and the second at six months.

Interestingly, Dr Fujita believes that the decrease in grip strength seen in the fracture patients was not simply a direct result of the broken bone; in fact, the DRF patients may have experienced some physical decline before the injury. This decline would continue after, and possibly be exacerbated by, the fracture. These results suggest that grip strength could actually be a useful way to predict the likelihood of a fragility fracture.

Balance
Balance is more complicated to measure than grip strength, as it can be defined in different ways. Dr Fujita used four different tests to assess lower body balancing ability. Of these, two tests – the Timed Up and Go Test (TUG) and the 2-Step Test (2ST) – showed significant differences between the two groups of patients. TUG measures the time taken for a person to stand up from a chair, walk for three metres, turn around and return to the chair, while 2ST simply divides a person’s height by the length of a double stride.

All patients in the fracture group scored significantly lower in the TUG test at two weeks post-surgery, compared to the control group. Scores in 2ST were lower only in patients aged between 65 and 74 years. The researchers noted that body balance so soon after the injury and treatment may be closely related to the patient’s ability to balance before the accident. A fear of falling, provoked by the first injury, might also affect the results. Significantly, the two tests relating to dynamic (moving) body balancing ability revealed poorer balance in the fracture group, while the other two tests, based on static balance, did not. This may help to explain why DRF patients tend to be younger and more active than those with, for example, spine or hip fractures.

Encouragingly, patients’ ability to balance had improved by six months post-surgery. This could be because the relatively younger age of DRF patients means that they are more motivated to exercise, in the hope of resuming their previous lifestyle and avoiding future injuries. Dr Fujita plans to investigate physical activity levels before and after DRF in a future study, using wearable devices to track users’ daily activity.

A treatment using mature osteoblasts has the potential to substantially reduce healing and recovery time in fracture patients.

Prevention and cure
Dr Fujita’s study found that physical characteristics, particularly grip strength, can be used as a simple way to predict a patient’s risk of suffering a fragility fracture. However, while preventing broken bones before they occur is the ideal, his team is also working on new fracture treatments.

One way to treat fractures could be to use a type of cell called an osteoblast. Put simply, the function of mature osteoblasts is to make new bone. Dr Fujita believes that transplanting mature osteoblasts into broken bone will help the bone to heal more quickly. As a first step, the team has developed a way to take a bone sample from a patient, then isolate osteoblasts from that sample. The sample is taken using a very fine needle; the tiny amount of bone removed is enough to isolate mature osteoblasts. As part of this work, the team were also able to identify a large number of genes that play a role in the vital bone-making work of osteoblasts.

A treatment using mature osteoblasts has the potential to substantially reduce healing and recovery time in fracture patients. If such a treatment can be developed and successfully administered to patients, particularly those experiencing their first fragility fracture, it has the potential to limit further physical decline. This in turn should lessen the risk of further, perhaps more serious, broken bones. Osteoblasts could also potentially be used to treat osteoporosis, which would also help to reduce fracture risk in vulnerable patients.

Ultimately, Dr Fujita hopes that his research group will be instrumental in combining the two aspects of fracture care: prevention through analysing physical ability and cure with innovative new treatments. This approach has the potential to improve the quality of life of those most at risk of fragility fractures.

Are there any physical characteristics, apart from grip strength and balancing ability, that might be useful in predicting fracture risk?

<> Muscle volume will be the most important factor to predict the fracture risk, and we think grip strength is the substitutional value of muscle volume, because to measure muscle volume needs special equipment. Using these principles as a guide will allow us to develop therapeutic strategies to restore proper circuitry in diseased individuals. 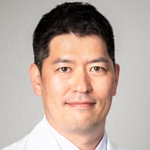 Dr Koji Fujita completed medical school and a doctorate degree in medicine at Tokyo Medical and Dental University (TMDU). He is currently an Assistant Professor at TMDU and leader of a research group for fall and fracture prevention. Dr Fujita received the Research Award in Japanese Orthopaedic Association. He coordinates a network of professional engineers and researchers to promote research.

Shining a light on sarcoidosis: The path from infection to treatment
Health & Medicine
Read This Article