Health & Medicine
Cannabis is said to relieve many ailments but much remains unknown about its therapeutic potential and high-quality scientific research is desperately needed. Pure Green Pharmaceuticals Inc., headed by Steve Goldner, is a cannabis drug company at the forefront of research into the therapeutic qualities of cannabis. Its clinical trials programme is well under way and aims to reveal the potential of the plant for a multitude of conditions for patients worldwide.

A world wide medical revolution is happening in country after country, with much attention on both medical and recreational use. Leading legalisation laws have happened in places like California where strict usage regulations have replaced ‘outlaw culture’. Traditionally, this ancient plant has been used for thousands of years by people recreationally due to its psychoactive effects and by spiritual leaders and shamans to provide healing and relief from ailments. Today, its supporters are passionate proponents of its effects in reducing pain, seizures and the symptoms of psychiatric conditions, including Post Traumatic Stress Disorder. However, its use remains contentious even while a growing body of quality research is being developed to support its use medically.

There are more than 480 compounds that have been identified in the plant and over 100 cannabinoids – molecules that act on cannabinoid receptors and alter neurotransmission in the brain. Endocannabinoid receptors are found throughout the body, including the central nervous system and the immune system. CBD is a non-psychoactive component of cannabis that may work by its action on 5HT receptors. It is not considered to have abuse potential on its own. Tetrahydrocannabinol (THC) is a cannabinoid and the main psychoactive active ingredient of cannabis that gives users a high – and it also has been approved in medicines in some countries to alleviate the symptoms of chemotherapy induced nausea.

There are many who are yet to be convinced of the benefits of medical cannabis faced with a paucity of well-controlled studies. To realise the ambitions of some to bring cannabis from plant to clinic, its potential of medicinal cannabis must first be proven to the FDA, and the wider scientific community through regulated clinical trials.

Pure Green Pharmaceuticals Inc.
Pure Green Pharmaceuticals Inc. is an emerging US-based biotech start-up spearheading the quest to bolster the scientific evidence for cannabis-based medicines. Its team of experts in clinical trials have established a number of stringently designed studies that will unearth some of the plant’s potential. The holy grail of cannabis medicine is to find a compound that is efficacious without psychoactive effects.

The vision for the start-up comes from its founder, Steve Goldner, and is woven through the fibres of the company. Goldner is a medical entrepreneur who obtained FDA approvals that successfully launched over 200 companies and also has an exceptional record in managing clinical trials. His expertise in drug development is unrivalled, and he most notably invented oral liquid methadone for addicts as a non-abuse alternative to heroin. Liquid methadone has been estimated to have saved 20,000,000 lives. Its formulation was instrumental in advancing the medical community’s response and society’s attitude towards people living with addiction.

Steve used his forensic toxicology expertise to establish urine testing for recreational drugs, creating the first laboratory detection procedures for the modern era. Plus his 40 years’ experience in the pharmaceutical industry as a licensed attorney brings a unique tactical approach to working collaboratively with many stakeholders.

To launch Pure Green Pharmacuticals Inc., Steve Goldner has teamed up with Dr Debra Kimless, the company’s Chief Medical Officer and a Board Certified
anaesthesiologist. She is involved in educating fellow medics in the potential benefits of cannabis medicine and is a passionate campaigner for holistic approaches to wellbeing and the role of diet in health and medicine.

The move towards effective, regulated cannabis-based medicines has been primarily patient-driven, with countless anecdotal reports of pain relief, seizure-control, relief from sleeplessness and reduced anxiety. Many of these patients claim to be desperate for safer, regulated methods of harnessing the effects of cannabis without having to access it illegally, and Dr Kimless has been their champion for many years.

Testing the potential
Pure Green Pharmaceuticals Inc. has several clinical trials in development and a number are already underway and near completion in America’s only cannabis laboratory to have performed FDA validation of its scientific methods. The trials will shed light not only on effectiveness but also more about the molecules and pharmaceutical compounds that are driving the effects.

Traditionally, to release a cannabis high, heat must be added, which is why people smoke or cook with the plant. In our western post-cigarette era however, smoking is counter-intuitive to a health product. Pure Green Pharmaceuticals Inc. have formulated and patented a soluble tablet that is easily taken and dissolves under the tongue within 60 seconds before being quickly absorbed into the bloodstream. This easily administered tablet – which doesn’t require swallowing – will be key to garnering acceptance from both patients and doctors.

Multiple patents are actively under review and the FDA approvals process has been kick-started for four cannabis-based prescription pharmaceutical products for PTSD relief, opioid addiction and pain and anxiety relief for dogs.

Goldner is a medical entrepreneur who has successfully launched over 200 companies and has an exceptional record both in clinical trials and medical regulatory affairs.

Pain trials
One of the most advanced trials is a strict double-blind Phase 2 trial investigating relief in men and women living with musculoskeletal pain, including osteoarthritis, using Pure Green CBD tablets compared to placebo. The primary outcome measure is pain reduction and the results are due to be published in 2020 but primary indications suggest that the findings could be very positive.

A further study is a Phase 2 trial investigating the effectiveness of Pure Femme – a tablet that includes CBD but also THC and other molecules – in women living with menstrual pain. The women in the study, will take the tablets prior to and throughout menstruation and will report experiences of pain.

Researchers are also conducting a trial into a soluble CBD tablet to treat pain linked to diabetic neuropathy, the most common complication of diabetes. The pain associated with it, which results from nerve damage, does not typically improve with ibuprofen or paracetamol and patients are often prescribed anti-depressants and epilepsy medications with varying success and associated side-effects. This Phase 2 trial has completed recruitment and the results are due in 2020.

There have been no real advances in mild to moderate pain management since the 1980s. Ibuprofen and other non-steroidal anti-inflammatory drugs have unwanted side effects and do not provide relief for some patients. Severe pain, including post-operative pain, is routinely treated with opioids including codeine and morphine, but the opioid crisis in the United States underlines the addictive qualities of these drugs and the ease with which their intended purpose can be mismanaged or abused. Pain is so widely experienced and is a core component of so many chronic conditions that it is almost impossible to put a figure on quite how many people could be helped with the development of an effective new treatment.

Pure Green Pharmaceuticals Inc. has the potential to kick-start a revolution in cannabis-based medicines, which could benefit countless people worldwide.

Watch this space
For Steve Goldner and Dr Debra Kimless the drive to create effective medical cannabis is personal. Steve Goldner was inspired to develop cannabis medication by his friends who experienced PTSD after serving in the Vietnam War and appeared free of anxiety and pain when smoking marijuana. For Dr Debra Kimless her interest in the potential of cannabis stems from the loss of her mother who suffered from chronic pain that was resistant to existing treatments, including opiates.

Effective treatments for conditions such as diabetic neuropathy are urgently needed and the results of the ongoing trials will be met with much anticipation. Pure Green Pharmaceuticals Inc. has the potential to kick-start a revolution in cannabis-based medicines, which could benefit countless people worldwide. What is already certain is that with their intricate knowledge of regulatory affairs, trial management as well as patient care, there is no better team to take medical cannabis testing into a new era. With the results of their first programme of clinical trials due out in the coming months, 2020 will be a definite ‘watch this space moment’ for the biotech as well as the future of medical cannabis. In the meantime, the millions of people living with chronic and debilitating pain remain hopeful for a breakthrough.

In five years’, where do you see the position of Pure Green Pharmaceutical Inc.?

Pure Green Pharmaceutical’s FDA approved prescription pharmaceutical products will be sold throughout the USA. They will also be approved throughout Canada, Europe, Asia and many other countries, bringing world-wide cannabis medications to hundreds of millions of people.

What are the biggest hurdles for companies that are developing medicinal cannabis?

What, if any, are the most common side effects reported when patients take Pure Green’s products?

Very occasionally, first time users of CBD products report some sleepiness, so we tell them to take the first dose before bed-time. Otherwise no side effects or adverse reactions have been reported 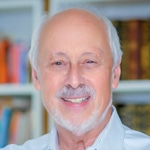 Steve Goldner is CEO and founder of Pure Green Pharmaceuticals, Inc. A highly experienced forensic toxicologist, Steve invented liquid dosage methadone. With 40 years’ experience in pharma as an FDA lawyer he has spearheaded the approval of 280 new drugs/devices world-wide, which started more than 200 companies, employing 10,000 people. He served for a number of years as FDA Advisor to NIH while also serving as CEO of Regulatory Affairs Associates. 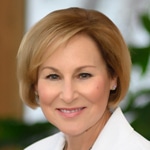 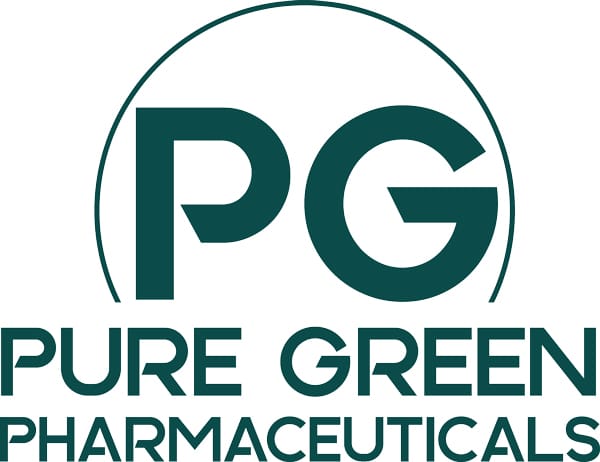