Earth & Environment
How do you observe a faint light next to a very bright one? Put simply, with great difficulty. Our knowledge of the outer atmosphere of the Sun – called its corona – is still fairly limited, due to difficulties observing this part of the Sun. Fortunately, solar eclipses (where the Moon and Sun perfectly overlap ‘in syzygy’) provide scientists, such as Dr Edward DeLuca at the Smithsonian Astrophysical Observatory, with an opportunity to explore this unknown phenomenon. During the “Great American Eclipse” in 2017, that’s exactly what he did.

One of science fiction’s greatest and most-beloved movies – 2001: A Space Odyssey – opens by showing a scene where the Sun and the Moon line up perfectly to form a solar eclipse. In August 2017 in America, this rare phenomenon could actually be seen in person.

Beyond its aesthetic appeal, a solar eclipse offers a rare opportunity for researchers to observe certain solar and atmospheric phenomena that cannot normally be seen because of the Sun’s light. Having the Sun blocked out allows scientists to explore a relatively unknown aspect of the universe we live in – the Sun’s corona.

M-m-m-my Sun’s corona
The Sun’s corona is simply its outer atmosphere. This comprises plasma that extends hundreds and hundreds of kilometres into space. During a total eclipse, the Moon completely obscures much of the Sun’s light, revealing the innermost part of the corona – a difficult thing to observe under ordinary circumstances. Although scientists now understand a lot about the make-up of the Sun, there are still many fundamental questions that have eluded viable explanation. For instance, we have very little understanding of the magnetic field of the corona, which is believed to hold the key to unravelling the mysteries of its many solar activities.

Dr Edward DeLuca, from the Smithsonian Astrophysical Observatory (SAO), and his team of scientists have utilised this rare solar eclipse opportunity to plan and execute an experiment that will advance our knowledge of the Sun’s corona.

What goes on inside the corona?
Upon closer examination, the corona, composed of hot plasma, is a lustrous whorl of solar activity. It is a chaotic display of solar flares igniting and radiating randomly. Imagine hundreds of fireworks exploding constantly around the Sun. Energy flows from the corona to the photosphere in the form of waves as well as heat caused by ‘braiding’ or tangling of magnetic fields in the corona. This heats the corona which accelerates the solar wind. Occasionally, high-energy material hurtles across space referred to as coronal mass ejection or CME. These occur when magnetic energy stored in the corona becomes unstable. Hence, understanding the coronal magnetic field will lay the foundation to predict the volatile nature of the corona.

Researching the Sun
A solar eclipse presents an opportunity to directly measure the magnetic fields emanating from the corona. Since magnetic fields in the corona control the origin of the solar wind and the stability of active regions that result in flares and CMEs, magnetically sensitive infrared (IR) lines are the best candidates for making accurate measurements.

IR is the invisible wavelength radiation just beyond the red end of the visible spectrum. The measurement method proposed by Dr DeLuca and his team members was to perform IR spectroscopy of the coronal fields. In simple terms, IR spectroscopy passes the IR radiation emitted from the corona through a device called a spectrometer which separates the light into different wavelengths. The resulting signal, detected using a high-resolution camera, produces a spectrum that shows absorption and emission lines at particular IR wavelengths. This data can be analysed to infer detailed information about the corona.

During a total eclipse, the Moon completely obscures much of the Sun’s light, revealing the innermost part of the corona

The AIR-Spec project
Dr DeLuca and his team proposed the Airborne Infrared Spectrometer (AIR-Spec) project to maximise the window of opportunity created by the Great American Eclipse. The objective of this National Science Foundation (NSF)-funded project was to characterise five magnetically sensitive coronal emission lines, which are difficult to observe.

Since the spectroscopic signals are very weak, the AIR-Spec system had to be extremely stable and sensitive. As such, the design and data acquirement instrumentation had to be meticulously constructed. A large part of this responsibility fell to Ms Jenna Samara, a Harvard graduate student and pre-doctoral fellow in Dr DeLuca’s team, who was instrumental in developing the apparatus. This kind of teamwork attitude is something Dr DeLuca feels strongly adds to his team’s success, citing Dr Phil Judge from the National Center for Atmospheric Research’s (NCAR) High Altitude Observatory (HAO) as a developer of IR coronal spectroscopy and a key collaborator.

At ground level, water vapour in the atmosphere significantly limits the transmission at certain IR wavelengths. To overcome this obstacle, the experiment was devised to be carried out on-board an aircraft flying at 45,000–50,000 feet. To achieve this, Dr DeLuca enlisted the NSF/NCAR Gulfstream-V High-performance Instrumented Airborne Platform for Environmental Research (GV) aircraft (see above image).

Any sensitive instrument on-board a moving plane experiences fluctuations. Such variations and other vibrations had to be tested and dampened to ensure satisfactory performance of the AIR-Spec.

To extract the most data within the short time frame of the solar eclipse, the flight path of GV was chosen such that the conditions were favourable for the measurements. The instrument design included an ephemeris-based (calculated positions of a celestial object at regular intervals) GPS pointing and tracking system to accommodate this objective. AIR-Spec was designated to fly along a path of maximum eclipse duration. Two separate trial flights were piloted in December 2016 and July 2017, after which, several modifications and fine tuning were done to better stabilise the AIR-Spec.

Taking flight
The AIR-Spec project took flight at the onset of the “Great American Eclipse” on 21st August 2017. With the spectrometer on-board, the GV aircraft set forth tracing the path of totality of the eclipse. During the flight, measurements were performed in different parts of the corona. The GV completed the flight within 10–19 seconds of the projected time frame. Analysis of the spectroscopic data acquired clearly showed the five coronal emission lines that were predicted, and a paper detailing the results of the AIR-Spec project is due to be published later this year.

Looking ahead
Through AIR-Spec, Dr DeLuca and his team have built a highly stable and mobile spectroscopic system that can be deployed for various research efforts. The image stabilisation system is independent of the target, so it can be adapted for any remote-sensing application.

Future eclipse observations are enabled by the GV’s ability to travel anywhere. For example, the 2nd July 2019 eclipse in the South Pacific off the coast of Chile is an obvious candidate for future flights. The emission lines observed by the AIR-Spec project will help guide future observing programmes. Through Dr DeLuca and his collaborator’s work, the Air-Spec project has laid the foundations to explore the Sun’s corona in more detail, thereby expanding our understanding of the Sun, its effects on Earth and, ultimately, the habitability of our universe.

If the footprint of the spectroscopy/imaging apparatus were to be made more compact, would that allow for drone type flights? And if so, would that enable better spectroscopic measurements?
<>The best option for an autonomous instrument would be on a high-altitude balloon. These can carry heavy instruments, fly at ~150,000 feet and have been successfully used for solar observations in the past. We are in discussions with colleagues at HAO about a future balloon project.

Is a solar eclipse the only occasion when you can perform these coronal measurements? Why is that?
<>It is not the only occasion; you need to block out the photospheric emission to about ~107. There are telescopes called coronagraphs that create artificial eclipses using an “occulting” disk to block the photospheric light. We can’t use one in the GV because the window in the plan body will cause scattering at a level higher than ~107. The balloon experiment could support a coronagraph. Also, the new NSF funded 4m Danial K. Inoue Solar Telescope on Maui will be able to observe the solar corona in the IR without an occulting disk. That was a huge design challenge. The University of Hawaii has a prototype 0.5m telescope that has taken these measurements from Maui.

Is it safe to assume the technology of the instrumentation (camera/ spectrometer/stability etc.) is more limiting than the vehicle? Would there be any benefits to mounting the AIR-Spec on a satellite or other space vehicles?
<>Balloon instrumentation and satellite instrumentation are much more expensive than airborne instruments. The conditions that they need to endure are unlike the lab setting/airplane cabin and they need the software interface to operate remotely or via commanding from the ground. Once we have characterised the emission properties of these coronal lines with AIR-Spec, we can understand what would need to be built for a balloon or satellite and determine if those instruments are viable.

Are models from combustion spectroscopy/coherent anti-Stokes Raman spectroscopy useful in understanding coronal flares?
<>Probably not, the conditions in the corona are close to the best vacuums achievable in the lab. We can detect signals because of the very long path lengths through the coronal structures. The light emitted is not re-absorbed by gas in front of it, so we see a sum of all the light emitted along the “line-of-sight” – this can be hundreds of megameters in the corona. We have extensive modelling of coronal emissions that is constrained by laboratory experiments, atomic physics models and solar observations in the EUV and soft X-rays. The same tools can be applied to the IR coronal lines, but observations are needed to check on the model predictions. 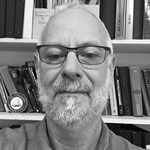 Dr DeLuca is widely recognised for his theoretical work on the magnetic structure of solar active regions and magnetic activity in the Sun and stars, with work ranging from instabilities in hot magnetised plasmas to magnetic field production in rapidly rotating convective stars. He has served as the science lead for several missions and instrumentation projects. Dr DeLuca is active in the Heliophysics community, serving as chair of the NASA Heliophysics Division Roadmap committee and as a science editor for the Astrophysical Journal for five years. He has had more than 30 published papers in the past five years.