Physical Sciences
Venus may be the closest known planet to Earth in both size and distance from the Sun, but the atmosphere of our nearest neighbour is so thick that much of its dynamics remain shrouded in mystery. Professor Takehiko Satoh at the Japan Aerospace Exploration Agency (JAXA) is exploring the Venusian atmosphere. His research utilises the orbiting probe, Akatsuki. Named after the Japanese for ‘dawn’, Akatsuki has transformed our understanding of the diverse, often violent dynamics which play out in our neighbour’s atmosphere, and is also helping us to understand more about our own weather.

With a radius just 5% smaller than our Earth’s, and an orbital path 28 percent closer to the sun than Earth’s, astronomers often refer to Venus as Earth’s ‘twin sister’. However, within the dense clouds of our twin, the environment could hardly be more different.

“The planet is completely shrouded by thick cloud layer composed of sulfuric acid, its dense atmosphere is mostly CO2, the surface pressure is 90 times stronger than Earth’s, and the temperature is around 460°C due to the extremely strong greenhouse effect,” explains Professor Takehiko Satoh, a researcher at JAXA’s Institute of Space and Astronautical Science. With a climate vastly more hostile than any to be found on Earth, it isn’t surprising that the weather patterns astronomers have observed on Venus so far are entirely unlike our own.

But the local weather patterns aren’t the only mystery our twin holds; there is also a significant, large-scale disparity between the incredibly slow “retrograde” rotation of the planet itself and the far more rapid rotation of its upper atmosphere. “The atmospheric dynamics of Venus are represented by its ‘super-rotation’,” Professor Satoh continues. “While the solid body completes one rotation every 243 earth days, the atmosphere encircles the planet in only 4 earth days at the cloud-top level, 60 times faster than the more massive body.”

Akatsuki enters orbit
In 2001, Professor Satoh and a group of his colleagues at several institutes in Japan began work on designing the first spacecraft ever to orbit Venus in its equatorial plane, aiming to discover the causes of a wide variety of properties observed in the planet’s atmosphere. After almost a decade of careful planning, Akatsuki was launched from JAXA’s Tanegashima Space Centre in May 2010.

A mishap in manoeuvring (December 2010) meant that Akatsuki orbited the Sun for five years with only a little data acquisition, but thanks to expert recovery efforts from the Akatsuki team, the spacecraft finally began its orbit of Venus in December 2015. “Akatsuki has now been in Venus orbit for more than three earth years and has transmitted valuable data about the atmospheric dynamics of Venus back to Earth,” Professor Satoh says.

Akatsuki collects this data using five onboard cameras, each of which observes Venus using different wavelengths, ranging from ultraviolet to infrared. Since these wavelengths can penetrate to different depths, each infrared or ultraviolet image of Venus which Akatsuki sends back to Earth can tell us something different about the dynamics of Venus’ atmosphere. In addition, Akatsuki is carrying out a ‘radio occultation’ experiment, in which it fires a radio beam straight through Venus’ atmosphere, back to an antenna station on Earth. By measuring changes in these radio waves, astronomers can explore the Venusian atmosphere right down to its thick lower depth. So far, a comprehensive analysis of these images has yielded three major discoveries about Venus’ unique atmosphere.

Stubborn gravity waves
Just three hours after its arrival at Venus, Akatsuki made its first major discovery. The orbiter’s mid-infrared and ultraviolet imagers revealed a vast, stationary bow-shaped wave in Venus’ sulfuric acid cloud tops, 65 kilometres above its solid surface. At 10,000 kilometres across, the feature appeared to be in a fixed position, despite its surrounding, smaller-scale features moving at speeds of super-rotating atmosphere around 100 metres per second.

The Akatsuki team believe that this stubborn feature is a ‘gravity wave’. Not to be confused with gravitational waves, these features are created when two different fluids, each with a different density, meet at an interface. Waves can  subsequently form at this interface as the force of gravity acts to restore equilibrium in the overall system. The phenomenon is common on Earth, particularly at the interface between the air and the ocean. However, gravity waves can never be found on this scale on our home planet.

In this case, the astronomers propose that the vast gravity wave observed by Akatsuki was caused by mountain ranges on Venus’ surface pushing its dense lower atmosphere to higher altitudes, where gases are far less dense. “This is a striking discovery, since we have seen features extending horizontally for thousands of kilometres that are not super-rotating but are stationary, or fixed to the highlands of the slowly-rotating solid planet,” comments Professor Satoh. “This would hint at how strongly the solid body and the atmosphere are coupled, and how this works to the production and maintenance of super-rotation.”

Mysteries still remain over how such a gravity wave could have formed, given our current knowledge of the conditions of Venus’ atmosphere just above its surface. If Professor Satoh and his colleagues are correct about the cause of the feature, these surface conditions could be far more dynamic than astronomers currently realise.

Venus’ equatorial jet
Akatsuki’s next discovery was the evidence of a fast-moving jet encircling Venus’ equator in its mid-to-low atmosphere (50 to 60 km altitudes). The Akatsuki team made the discovery after analysing the planet’s ‘atmospheric window’ – a band of relatively weak CO2 absorption in the near-infrared region, through which radiation from deeper levels can escape to space. The astronomers calculated wind speeds at different altitudes by tracking the silhouettes of clouds in Venus’ mid-to-low atmosphere, against the backdrop of the atmospheric window.

The astronomers found that at these altitudes, cloud speeds increased the closer they were to Venus’ equator, suggesting the presence of an equatorial jet encircling the planet. Their finding was particularly unusual, as atmospheric physics predicts that wind speeds will be lower close to the equator – a rule that is obeyed by Venus’ super-rotating upper atmosphere. “It is not easy to accelerate the atmosphere in the equator,” explains Professor Satoh. “If conservation of angular momentum is considered, acceleration at mid- or high-latitudes could naturally be produced, but this generally cannot happen at the equator.”

The astronomers hope to uncover the mechanisms causing this jet through further research. Professor Satoh believes that these studies could further unravel the mystery of why Venus’ upper atmosphere is rotating so much faster than the planet itself. “Solving this problem would also be a key to understand the mechanism to accelerate the entire atmosphere to the super-rotation,” he says.

Waves, jets, and thermal
Akatsuki’s observations of Venus’ night-time atmospheric window also indicated unusual patterns of streaky clouds extending some thousands of kilometres across the planet. To explain their formation, the Akatsuki team proposed that Venus’ atmosphere was flowing strongly downwards in localised regions; an idea they tested using computer simulations. “The numerical simulation group successfully reproduced the large streaky features seen in Venus’ atmosphere,” Professor Satoh says. “Surprising enough, these large-scale streaks seem to be produced by interaction of atmospheric waves and mid-latitude jets that are commonly seen in our Earth’s atmosphere as well.” The success of reproducing such phenomena may imply that the numerical simulation of Venusian atmospheric dynamics enters a new stage, not only to simulate observed phenomena but to reveal the mechanism underlying what we see.

The Akatsuki team also found increased wind speeds in the early half of the night near the equatorial region, indicative of the aftermath of solar heating in the cloud layer. “This may tell us how solar heating at the upper cloud layer drives the dynamics and effects to lower levels,” says Professor Satoh. These heating dynamics are known as ‘thermal tides’; caused by the periodic localised heating of the upper atmosphere by the Sun, strongest at the sub-solar point, the effect which can be seen on Earth to an extent. Instabilities in lower layers of the atmosphere subsequently cause this heat to move around vertically, to lower altitudes. The astronomers believe that thermal tides could at least partially be a cause of Venus’ mysterious super-rotation. 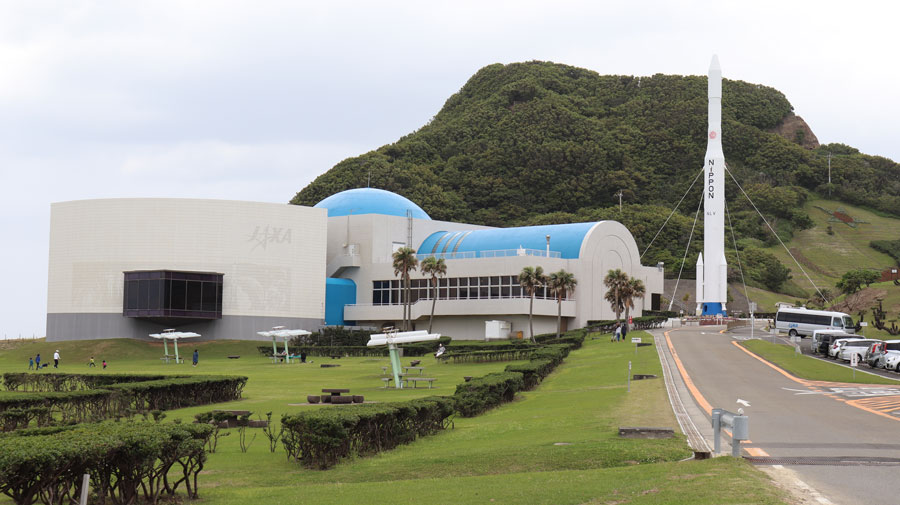 As Professor Satoh explains, this would be the case if thermal tides were acting to slow Venus down in its direction of rotation, while boosting the speed of its upper atmosphere. “One hypothesis for super-rotation is the heating of clouds and the generation of thermal tides,” he says. “This ultimately transfers ‘eastward’ momentum to the solid planet, leaving ‘westward’ momentum in the atmosphere, which accumulates to the super rotation.”

Growing our knowledge of Venus
From the insights provided by these three discoveries, Professor Satoh and his colleagues are now working on improving their computer simulations to more accurately reproduce Akatsuki’s observations. These simulations are an important supplement to the limited amount of data Akatsuki is able to provide. “For the earth, we have many meteorological satellites and a huge number of ground stations to monitor the weather,” Professor Satoh explains. “For Venus, in contrast, we have only one satellite, Akatsuki. Therefore, numerical simulation of the observed data is quite important. Data assimilation, a modern and powerful technique in Earth’s meteorology, will help us better understand the dynamical phenomena observed by Akatsuki.”

The work of the Akatsuki team has already greatly enhanced our understanding of Venus’ unique atmosphere, and the fascinating mechanisms which drive its dynamics. Professor Satoh believes that by learning more about how Venus’ atmosphere differs from the Earth’s, we can understand more about our own weather. As he concludes, “the Akatsuki mission is unveiling Venus’ meteorology, and by enhancing our understanding of meteorology in our sister planet, ultimately benefits our lives on the Earth.”

Your research has significantly enhanced our understanding of the unique atmosphere of Venus. What’s next for your work?

<> Too many things remain “invisible” to us (what we have revealed are mere speculations). I love “Seeing is believing” and would love to visualise all we want to know. How the solid body pushes the atmosphere, how momentum is transferred, how waves/eddies decay to release the energy that they carry, where the source of molecules for enormous clouds in Venus is, etc. Even for our Earth, many of these are not yet visualised. But we need to know and understand through that which we see. Explorations of planets are to realise such dreams.

Akatsuki: Pioneering the planetary meteorology of Venus was last modified: May 29th, 2019 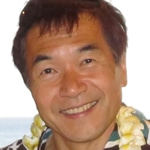 Takehiko Satoh is Professor at Department of Solar System Sciences, Institute of Space and Astronautical Science, Japan Aerospace Exploration Agency (ISAS/JAXA). He has been with Japan’s Venus orbiter mission, Akatsuki, since 2001, serving as PI of the IR2 near-infrared camera and Project Scientist of the mission. .

Professor Satoh’s research links with previous and on-going Venus missions, with a specific focus on understanding the cause and maintenance mechanism of the Venus environment.

All Akatsuki team members (science, engineering, modelling, and secretaries), and people in industry.