Originating from the dynamic upper reaches of the Sun’s atmosphere, the influence of solar wind can be felt throughout the solar system. We sat down with Dr Charles Smith at the University of New Hampshire to discuss how the latest theories of fluid dynamics, combined with observations from spacecraft missions, can help us to understand turbulence in the interplanetary plasma. The work of his colleagues and others could lead to a new and stringent test to establish how the solar wind’s energy ‘cascades’ from extremely large to extremely small scales – potentially settling a debate which has now raged for decades.

At first glance, vast swathes of our solar system appear to be completely empty, with very little happening that might be of any interest to astronomers. In reality, this is far from the case: energetic, often violent processes play out in the Sun’s upper atmosphere, throwing a continual stream of energetic particles, named the ‘solar wind’, out into interplanetary space.

‘The solar wind contains a gas of electrically charged particles, mostly protons and electrons, that originate at the Sun, and expand outward at approximately 400 kilometres per second’, Smith describes. ‘While highly rarefied – containing only about 10 protons per cubic centimetre close to Earth – the plasma is actually very hot with a highly variable temperature of 100,000 degrees.’

The solar wind’s influence can be clearly seen as it interacts with Earth’s magnetic field. Typically, this field acts as a shield which prevents charged particles from reaching our planet’s surface. Above Earth’s polar regions, however, its magnetic field line plunges towards its centre, allowing the solar wind to interact directly with the atmosphere – producing the spectacular lightshows we call the aurora.

Yet the full influence of the solar wind extends far beyond the Earth’s magnetosphere: as it drags the Sun’s magnetic field lines outward, the plasma is now known to travel to the outermost reaches of the solar system. In addition, since the solar wind plasma carries its own magnetic field, the interaction of different parcels of plasma leads to an orderly structure of the wind. As Smith explains, ‘electrically charged particles are unable to cross field lines. Because of this, when one volume of gas pushes against another, the two do not pass through each other – and the gas behaves much like a more familiar fluid on Earth.’

Space physicists study the vibrant properties of the solar wind in an effort to understand the physical laws underlying its motion, fluctuations, and evolution.

Experiencing fluctuations
Whether holding an umbrella in a storm, or riding a raft down a fast-moving river, many of us will be familiar with the buffeting of air and water behaving in chaotic and unpredictable ways. In fact, although the charged nature of flowing plasma means that its dynamics are often far more complex than the behaviours of more traditional fluids, many of the same physical processes underlying these behaviours are also widely found in the solar wind – albeit on far larger scales.

Through their research, Smith, his colleagues, and the wider community of space physicists study the vibrant properties of the solar wind, in an effort to understand the physical laws underlying its motion, fluctuations, and evolution. In particular, they investigate the characteristic fluctuations in the speeds, densities, and directions of the charged particles it contains, and subsequently its heat. On Earth, the most energetic fluctuations at the largest spatial scales are responsible for the iconic variations and flashes of light we can observe in the aurora. These are the same fluctuations that drive nonlinear dynamics, create smaller-scale fluctuations, and ultimately heat the background plasma.

A key feature of fluid flows – whether in water, air, or plasma – is that nonlinear dynamics can influence the fluctuations on both larger and smaller scales as well as the temperature: a phenomenon known as ‘spectral transport’. The effect has important consequences for the solar system’s interplanetary plasma: ‘like other fluids, the solar wind shows evidence of highly nonlinear dynamics, commonly called “turbulence”’, Smith explains. ‘This phenomenon moves energy through a range of spatial and temporal scales, until the energy provided by large-scale structures is transported to small scales, where dissipation heats the background plasma.’

While the physical processes which drive turbulence are deeply complex, with the right approach, physicists can make accurate predictions of how these systems will behave in an average sense. Yet while significant progress has been made in exploring the mechanisms responsible for driving turbulence in fluids like air and water, many of the factors responsible for fluctuations in the heating and motion of the solar wind have so far remained a mystery.

Observations and simulations
The solar wind has now been studied by physicists for almost six decades. Over that time, important advances in understanding have been made through direct measurements by spacecraft. ‘Missions such as Voyagers 1 and 2 have shown that this turbulent heating continues to the furthest reaches of the heliosphere, making space the largest “wind tunnel” for the study of turbulence that we have available to us’, Smith describes.

Despite the achievements that have been made so far, the immense cost and efforts needed to design and launch the spacecraft required to measure the solar wind directly mean that observations have only been carried out at an extremely limited number of points. So far, this has prevented space physicists from building up a sufficiently detailed 3D picture of solar wind dynamics and its variation throughout the solar system.

To some extent, the problem can be addressed through computer simulations, which use advanced theories to predict how plasma dynamics will play out. However, these methods still aren’t advanced enough to account for all relevant effects. Due to their limitations, simulation techniques must ultimately sacrifice the quality of their predictions of one important aspect of plasma dynamics, in order to study another. As a result, different computer simulations can lead to different conclusions.

Altogether, shortcomings in both simulation and direct observation techniques mean that a debate remains over the fundamental nature of turbulence. While researchers like Smith advocate explanations in nonlinear turbulent effects much like hydrodynamics, another school of thought suggests an alternative theory, based on interacting waves such as the phenomena named ‘Alfven waves’.

Uninterrupted Alfven waves, which propagated from the solar source to the furthest reaches of the heliosphere, were once a popular interpretation. Yet the more contemporary wave interpretation seeks to explain the turbulence we observe as the dynamics of interacting waves. To compound the confusion, this interpretation often leads to predictions for the observed measurements that are very similar to those of the fully nonlinear theories. For this and related reasons, it is difficult to unravel the underlying turbulent dynamics within our observations.

On Earth, energy cascades can be found in larger systems such as ocean currents, which transport vast volumes of water over thousands of kilometres.
Answers in energy cascades?
Smith, together with the community of space physicists studying solar wind turbulence, use existing observations from spacecraft like ACE, WIND, Ulysses, and the two Voyager missions to explore the effects of turbulence leading to the ‘energy cascade’ that forms the observed spectrum of fluctuations. This spectrum is seen repeatedly throughout the solar wind and closely resembles the observations of traditional nonlinear fluid dynamics, as seen in wind tunnels, the atmosphere, and in bodies of water. In fact, the first observations of the predicted spectrum of hydrodynamic turbulence were made in a tidal channel off British Columbia (Grant, Stewart, and Moilliet, 1962).

On Earth, it can be difficult to reproduce these same observations in wind tunnels, where boundary effects can mask the signatures of uniform turbulence. However, energy cascades can be found in larger systems such as ocean currents, which transport vast volumes of water over thousands of kilometres. In the process, they generate swirling, circular eddies in the surrounding water – which interact with each other and generate smaller-scale eddies in turn. Ultimately, the process serves as a mechanism for dissipating the energy contained in large-scale currents – potentially down to scales of just millimetres. The solar wind can present large regions where boundary effects may or may not be important,
making it an ideal laboratory for studying plasma turbulence.

Regardless of the detailed nonlinear dynamics that are active in solar wind turbulence, researchers propose that comparable energy cascades can draw upon ‘reservoirs’ of energy in large-scale flows of plasma. As the effects of turbulence play out, energy in the charged fluid is subsequently transported to smaller scales, and eventually dissipated on the scale of individual particle motions – ultimately affecting the kinetic energies of individual particles.

According to the laws of thermodynamics, these random particle motions have direct consequences for the heat conveyed by the solar wind. ‘Turbulence is responsible for creating a broad spectrum of magnetic energy, that moves energy from large to small scales, until dissipation ultimately turns the fluid-like energy into heat’, Smith explains.

Understanding the solar wind
If this theory is correct, it will have important implications for physicists’ understanding of fluctuations in the solar wind. By accounting for the small-scale dissipation of the energy contained in large reservoirs, Smith and his colleagues hope to provide better explanations for the causes underlying the broad spectrum of solar wind fluctuations than previously dominant Alfven wave models.

Although more detailed observations will be needed before the specific nonlinear dynamics underpinning the turbulent energy cascades can be
determined, the team’s work will provide an important basis for future tests of the theory’s reliability. Ultimately, through a better understanding of the generation, transport, and dissipation of fluctuation energy in the solar wind, physicists could soon gain crucial insights into how this interplanetary plasma behaves.

Are there any planned space missions that could help you to gather more reliable evidence for turbulent energy cascades in the future?

Yes. A mission called HelioSwarm that is a constellation of nine spacecraft flying in close proximity has been selected by NASA. 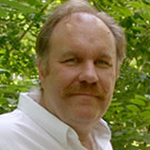 NASA and the NSF are the primary funders for this work.