Engineering & Technology
Did you know that you can store information in a way that it is right in front of you, yet you cannot see it unless being under specific light conditions? Nowadays there is smart technology, which allows valuable, written information to be protected, using materials that reveal the message only when placed under polarised light. Dr Young Min Song and his team at Gwangju Institute of Science and Technology, Korea, pioneered a great advancement on the materials used for covert polarisation display, showing that besides smart, they can also be scalable and widely applicable!

Information security, encryption and counterfeit detection are areas of very wide interest, as applications can range from personal data to luxury goods, bank notes, and even sensitive national information. We are all familiar with the watermarks on passports or bank notes, we have become familiar with quick response (QR) codes and we have heard many cases of anti-counterfeit technologies to prevent illegal drugs as replacement to popular prescriptions. But exactly how does optical authentication work? Which materials can be used to produce such technology? And more importantly, can novel technologies in the sector be scalable and promote wide applicability? 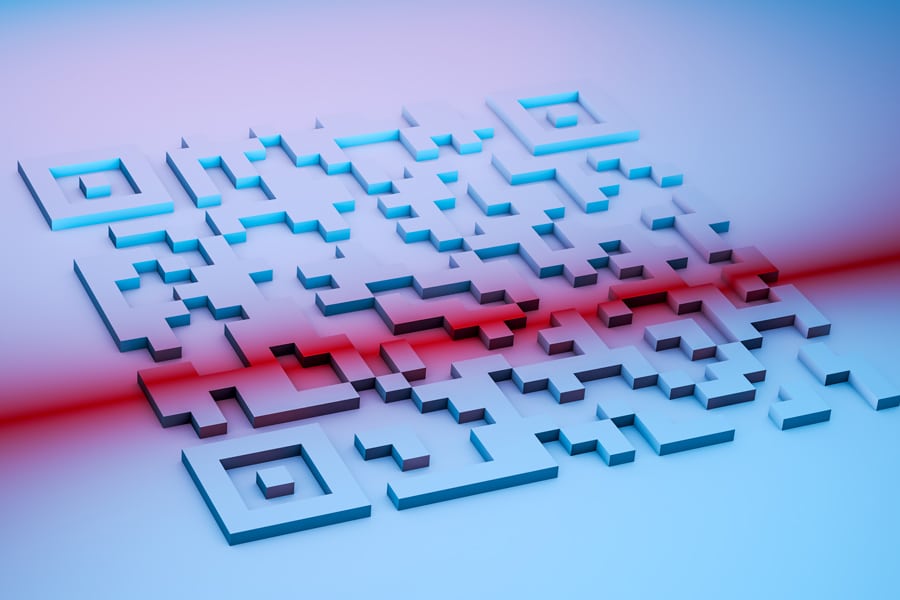 Optical authentication is the revelation of hidden information, an ability of information to be viewed only by authorised users. It is similar to the very old trick with the ’invisible ink’, basically lemon juice, which could only be seen upon heating the paper, due to the alteration of the paper fibre structure in presence of an acid. Novel technologies are based on structural colours on nanosurfaces and their strategic placement to interfere with visible light. Examples of structural colours found in nature include butterflies, beetles, opal and peacocks. Based on this ability of specific natural materials to change colour under different lighting, scientists developed technologies to re-create this effect on demand and enhance optical authentication and information encryption practices.

Based on this ability of specific natural materials to change colour under different lighting, scientists developed technologies to re-create this effect on demand.

Novel materials for encryption
The materials used for this type of optical technology usually involve a layered structure of various components, starting with an inert material, usually a silicon wafer, acting almost as a table, on top of which the ’active’ materials are layered. These ‘active’ materials are ultra-thin metal films, deposited on top of the silicon wafer in specific orientation or thickness, in order to create the appropriate surface that will show a specific colour upon specific lighting conditions. The most common metal candidates for ultra-thin film production are gold (Au) and germanium (Ge) due to their absorbing and reflective properties, but other metals such as aluminium (Al), copper (Cu), chromium (Cr), silver (Ag), platinum (Pt) and titanium (Ti) can be used as well.

To this date, a vast amount of research has been conducted in order to perfect the orientation, thickness, layering ability, and ability for structural colour appearance of these films, with some spectacular results shown from many research groups around the world. However, so far, the majority of research examples are focusing on the properties and optimisation of those materials, ignoring their ability to be produced in large quantities or cover large surfaces. This indicates that these materials might be great for small area coverage in lateral dimensions, but they are not practical nor applicable in everyday life.

Paving the change
With more than 100 peer-reviewed research papers in the areas of advanced optoelectronic devices, multifunctional nanophotonics, and optical healthcare systems, Dr Young Min Song together with his team at the Gwangju Institute of Science and Technology is paving the way to increased applicability of research in these areas. In previous work, Dr Song showed how observed colour and colour purity can be enhanced by controlling the thickness of coatings on ultra-thin films. In a more recent article, Dr Song and his team demonstrated an application of thin-film technology to improve the aesthetics of day-time radiative coolers, by allowing them to display a more aesthetically pleasing case colour.

In his most recent work though, he presented cutting-edge research in the area of ultra-thin films, structural colour fabrication and optical authentication, showing exciting progress with regards to the scalability of those materials and their demonstrated application in various everyday life examples. In an effort to tackle the underlying issues of practicality in relevant research, he and his co-workers developed a novel structure of an ultra-thin film, based on covert polarisation display. The essence of covert polarisation display is that information is in open display, but can only be seen under polarised light, hence the term ’covert’. In contrast to a natural light beam which sends light in a direction though waves of various angles, a polarised light beam can send light towards a specific direction though a wave of a certain angle, which is separated using a polariser. Back to the material synthesis, Dr Song used ultra-thin, porous metal nanocolumns, which were deposited atop an ultra-thin metal film. To get a visual idea, imagine a tiny hairbrush, with the base being made of a metal sheet and the bristles representing the nanocolumns. The interest in this technology lies with the angle of the nanocolumn deposition on the metal sheet, as different deposition angles, for example vertical slanting planes on the metal sheet, will result in a different colour being displayed when the film is observed under polarised light.

The presence of water on top of the film could lead to the same colour change as the one upon film’s exposure to polarised light.

Due to the straightforward fabrication process of the film and its thickness, which is less than 100 nanometers, their idea offers great advantages with regards to the practicality in application and scalability of this technology. Besides the revelation of a novel fabrication method, Dr Song examined the effect of the type of metal used as the base and the deposited nanocolumns respectively, as well as their combinations, in presence or absence of a silicon wafer acting as support. In addition, the thickness of the deposited nanocolumns as well as the degree of polarisation of light were investigated. Results were astonishingly colourful, indicating the great variety of colour transformations that can be generated by this method of structural colour fabrication.

Real-life applicability
The research of Dr Song on novel fabrication methods of ultra-thin films using covert polarisation display technology did not stop at the beautiful colours. A comprehensive selection of real-life applications was explored, showcasing the high applicability and scalability of this work. Implementing their ultra-thin film technology in QR code optical authentication, they proved the scalability of their technology in large surfaces. Furthermore, using examples of different commercial products on which they incorporated the film – such as the curved bottleneck of luxury beverages or prone-to-wrinkle surfaces of snack packaging – they verified the practicality of the fabricated film to be used on unconventional surfaces, contrary to the flat, lateral surfaces demonstrated so far in literature. Although the covert polarisation display film was invisible to the naked eye when incorporated on these commercial products – achieved through the great colour selection which allowed for perfect matching –, upon application of polarised light the QR code was revealed, granting optical authentication.

In addition to these examples, another application was explored, where the embedded QR code using the developed technology was visible upon contact with water, indicating the applicability of those films for water contact detection purposes. This ability was explained by the sensitive to changes refractive index of the nanocolumns on the covert polarisation display. The meaning behind the refractive index sensitivity is that the presence of water on top of the film could lead to the same colour change as the one upon film’s exposure to polarised light, enabling detection and authentication of the QR code.

All in all, using a simple, yet sophisticated idea, Dr Song demonstrated the fabrication of an ultra-thin film based on covert polarisation display, with high versatility when it comes to commercial applications, and potential of this technology to be applied for anti-counterfeit purposes and more advanced optical authentication. 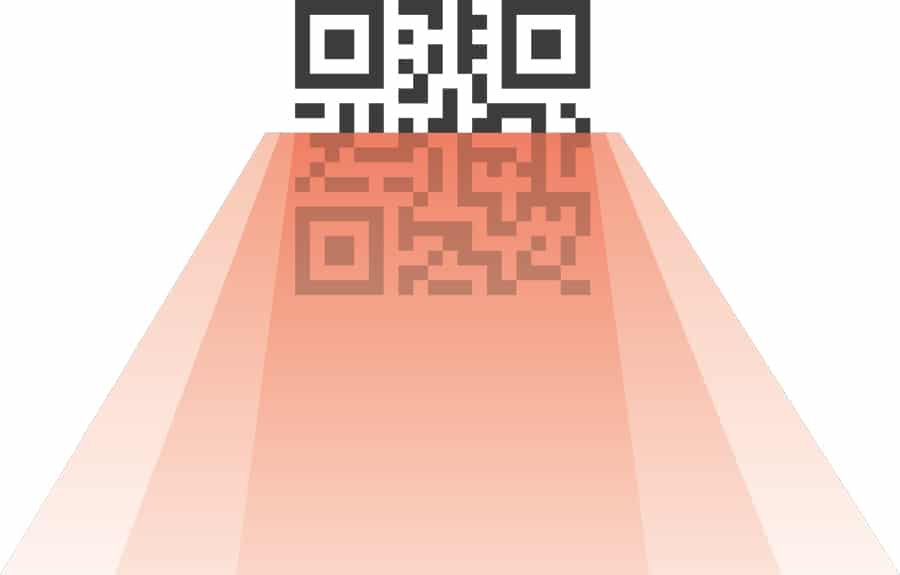 Is there any way to differentiate between the colour reveal due to polarised light and due to water presence?

<>Yes. Since the colour difference before and after the presence of water or polarised light strongly depends on the viewing angle and the colours are quite different to each other, we can distinguish it.

What is the most fascinating, blue-sky application you could imagine for this technology?

<>It is hard to anticipate what will be in the future, but we can imagine many things. One of the fascinating examples is anti-counterfeiting marks on plastic-based money, which is nowadays commonly used in many countries. We could make beautiful patterns on plastic cash with hidden messages or codes. As another interesting direction, our ongoing work involves multiple patterns with various polarisation angles, which will generate ‘hidden movies’. 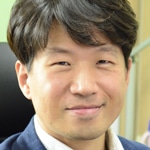 Dr Young Min Song received a MS and PhD in Information and Communications from the Gwangju Institute of Science and Technology (GIST) in 2006 and 2011, respectively. From 2011 to 2013, he was a postdoctoral research associate in the Department of Materials Science and Engineering at the University of Illinois at Urbana–Champaign. Currently, he is an Associate Professor at the School of Electrical Engineering and Computer Science at GIST. He is also co-founder of FOEL Ltd.

Dr Young Min Song analyses how anti-counterfeit technology such as QR codes can be advanced by using covert polarisation patterns.