Arts & Humanities
Professor Koen Stroeken proposes a new method of analysis for understanding cultural practices. His method extends beyond the situational analysis by intervention professionals to focus on the logics of action embedded within cultural traditions. He applies his proposed method of Cultural Analysis to describe the layered meanings within various rituals of Sukuma farmers in Tanzania. He argues against popular understandings of the factors driving the persecution of people living with a visible physical difference, such as those with albinism. He suggests it is the absence of a protective cultural practice that renders people vulnerable, and not a cultural belief that results in the persecution.

For the past two decades, Professor Koen Stroeken has conducted research in Tanzania into cultural beliefs and in the last five years into stigmatisation, either on the grounds of gender or obvious physical differences. Specifically, his research and writings seek to reframe behaviours which have previously been linked to ingrained cultural beliefs, instead suggesting behaviours arise because of the absence of protective or preventive cultural institutions. His research has focused on the Sukuma, the country’s largest ethnic group of about 10 million people, living on the Savannahs of the African Great Lakes region in Northern Tanzania, alongside Lake Victoria, which is Africa’s greatest lake by size, bordering the Serengeti plains. The Lake is home to an extensive diversity of mammals, birds, habitats, and species.

Diverse bodies
In this setting, Stroeken has applied various ethnographic research methods over the years, to better understand cultural institutions, especially rituals. His recent research focus has been on exploring how established rituals serve to transform the meaning of specific physical differences which set people apart and which might potentially place them at risk of persecution, on account of the difference being interpreted as a threat to the group.

Professor Stroeken explains that culture is often incorrectly blamed for harmful practices within rural population groups. His research shows that it is the absence of cultural rituals that could be failing to protect people within communities who evidence divergent physical features. He argues that the blaming of culture arises due to incomplete analyses of what constitutes a cultural ritual, and the inability to differentiate these from harmful practices locally categorised as witchcraft. As a result of this confusion, intervention campaigns aimed at preventing harmful practices may be ineffective.

Professor Stroeken has applied various ethnographic research methods over the years, to better understand the preventive role of rituals in periods of crisis.

An example of this has been the focus on the killing of people living with albinism in certain of the Sukuma communities. Albinism is a congenital disorder which results in an absence of pigmentation in the skin, hair, and eyes, and requires that people living with this condition protect themselves from the sun. People born with the condition often suffer stigmatisation on account of their differences, depending on where in the world they live.

Within some Sukuma speaking communities in Tanzania, a horrific new logic of action about the magical properties of the bodies of people living with albinism has resulted in the murder of these people. Professor Koen’s research indicates that the violent attacks on people living with albinism emerged only in the early 2000s and that despite public attention and police action, these horrific attacks have persisted. He proposes that it is the failure of cultural institutions that has rendered them vulnerable, due to the absence of cultural practices which set out to protect people living with albinism. Sensitisation campaigns and intervention attempts have thus targeted culture as the cause of these killings, rather than identifying the absence of a cultural ritual to protect the vulnerable.

Cultural analysis
Professor Stroeken argues that traditional methods of interpreting cultural practices need to be extended to effectively understand how to protect individuals who are vulnerable to stigmatisation. He proposes that a method of cultural analysis should be applied to practices within different cultures and ethnic groups. He explains that this method expands upon a situational analysis, which is an extended case-method focused on describing practices and the individual experiences of these practices. Cultural analysis goes beyond this to focus on understanding the traditions and the principles of tradition – as well as the opinions of people within these traditions – through a comparison of historical and regional data and information.

This ethnographic approach enables a more exact understanding of the logical principles or thinking behind a specific cultural practice. Cultural analysis aims to discern whether a stigma or negative association is part of the cultural system and if so, what the meaning of that practice might be. These insights potentially facilitate an understanding which can contribute to the adaptation and modification of cultural principles, through regulation by law or the establishment of institutional cultural practices. These institutional adaptations could protect vulnerable people who might otherwise be subjected to persecution on account of specific physical differences or attributes.

Rituals of the Sukuma
Professor Stroeken presents three cases of cultural analysis to understand whether these practices stigmatise individuals or protect them. As a first example, he proposes a cultural analysis of the practice of bride wealth in the Sukuma groups. Bride wealth is a cultural practice which requires the husband of a future bride to provide a gift of cattle to the family of his bride. Professor Stroeken argues that a descriptive analysis of the cultural traditions might construe the practice as disrespectful of women, in that it treats women as if they are commodities who can be exchanged for cattle. However, a cultural analysis, which focuses on the layered meanings behind a practice, instead highlights a ritual symbolising the reciprocity of exchange between families. The gift exchange represents the beginning of a future partnership for a network of subsequent generations, instigated by the marriage. The bride wealth is an intermediate gift in that partnership.

A cultural analysis approach can help us understand which practices are harmful, which are designed to protect and prevent stigmatisation, and which circumstances leave groups of people vulnerable.

As a second example of the value of cultural analysis, Professor Stroeken focuses on the ‘nsebu’: children whose birth circumstances are less common, such as those born prematurely or conceived as twins. The Sukuma have elaborate purification treatments involving these babies and their parents. These rituals adapt what might otherwise be perceived as a simple fear of difference leading to stigmatisation, and instead assign these babies special status, thereby transforming the meaning of difference. Professor Stroeken says that babies classified as ‘nsebu’ – meaning heat (and implied danger) – undergo a series of rituals which transfer upon them a special status of ‘mhola’ (coolness), which implies fertility, peace, and good rains. The logic of these rituals thus enables otherwise vulnerable people to be protected against discriminatory beliefs and actions.

These rituals can therefore transform perceptions of causation in relation to difference, and can lead to the avoidance of stigma. Professor Stroeken says that this was also evident within newly invented rituals of sacrifice during the HIV epidemic, which framed causation in a way that protected women who survived the virus, even when their partners and children had died from the HIV virus.

Rituals of protection
Professor Stroeken argues that in the case of children living with albinism, there is in fact no cultural institution or ritual treatment at all to protect them. The vulnerabilities of living with this difference, which include not being able to work in the fields due to the risk of severe sunburn, are thus open to individual interpretation which can readily mutate into fear, stigmatisation, and persecution. Professor Stroeken claims that “it is by lack of institution that these children become stigmatised”.

He argues that adopting a cultural analysis approach can help us understand which practices are harmful, which are designed to protect and prevent stigmatisation, and which circumstances leave groups of people vulnerable. His analyses prompt a recognition that cultural institutions and practices can transform the meaning of difference, potentially lessening the prevalence of stigmatisation. He argues that through this understanding, interventions from outside the society can focus on establishing protections through cultural institutions and practices, limiting harm to those who are considered a threat to the group, on account of an evident physical difference. 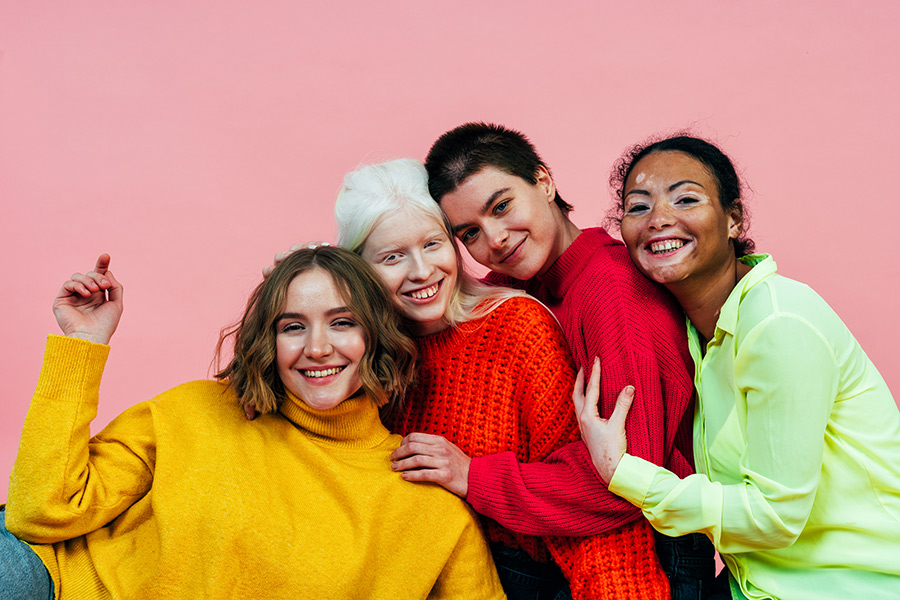 What would your recommendation be for a Public Health Intervention to prevent the killing of people with Albinism?

<>
The initiation called ‘ihane’ should be organised again, with a focus on contemporary issues. The killings are based on beliefs in magic that fit the modern era of casino capitalism, yet the local traditions do not grant them legitimacy. Rituals of initiation teach about tradition. The district governments banned the rituals because of the medicinal knowledge imparted on the participants, which the Church labelled as ‘magic’. However, these plants and ancestral procedures are cultural mnemonics that prepare the initiated in times of crisis, to feel empowered. The possession of these medicines reassures people in need. The medicinal knowledge obtained during the week of initiation also offers a frame of reference about the wider cosmology and the ethical role of the ancestors so that the initiated will not easily be fooled by business-minded healers spreading the belief in powerful albinism-related body parts. 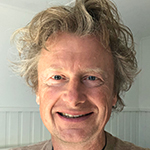 Koen Stroeken is an associate professor in Africanist anthropology at Ghent University. Based on ethnographic fieldwork mostly in northern Tanzania, he authored among others five peer-reviewed volumes, of which two monographs, Moral Power: The magic of witchcraft (2010) and Medicinal Rule: A historical anthropology of kingship in central and east Africa (2018). Stroeken co-founded CARAM, the Centre for Anthropological Research on Affect and Materiality, and coordinates since 2012 a VLIRUOS-IUS academic exchange with Mzumbe University (Tanzania). He was or is the supervisor of twelve PhD projects conducted in Africa, the Indian Ocean system and Latin-America.

ENACTS: Risk, Resilience, and the Revitalisation of Climate Services in the Developing World
Earth & Environment
Read This Article
Cara and Researchers at Risk: Offering a lifeline to academics in danger
Thought Leaders
Read This Article