Physical Sciences
François Viète is considered by many historians to be the founder of modern algebra, but his work has not received the academic attention it deserves. Professor Jeffrey Oaks from the University of Indianapolis seeks to redress this imbalance. Through his study of Medieval and Renaissance mathematics, Professor Oaks shows how Viète reestablished algebra on a geometrical foundation; and in the process created an entirely new notation. His work inspired Fermat’s and Descartes’ developments and led to algebra becoming the language of science.

The word algebra derives from the Arabic al-jabr, which means restoration, or the reunion of broken parts. Algebra can be traced back to ninth century CE Arabic books on the topic, and prior to that, we find that it was practised in India, Greece, and even ancient Babylonia.

Algebra before 1500, whether in Arabic, Latin, or Italian, was used predominantly for numerical problem-solving by practitioners such as merchants, government secretaries and surveyors. Only a few mathematicians employed it for more ‘scientific’ exploits, such as Diophantus in the 3rd century CE, Omar Khayyam in the 11th century, and Jordanus de Nemore in the 13th century.

Algebra began to attract the attention of theoretically-minded mathematicians in sixteenth-century Italy. Mathematicians such as Scipione del Ferro, Niccolò Tartaglia, Girolamo Cardano and Rafael Bombelli had finally solved irreducible cubic and quartic equations, and in the process, they had begun to explore negative and complex numbers.

François Viète
François Viète (1540 -1603), a French lawyer in the court of Henry IV, took algebra in a completely different direction from his predecessors. Beginning in 1591, he published a series of short treatises in which his algebraic knowns and unknowns, which he calls ‘magnitudes’, possess dimension without limit, and, for the first time, arbitrary knowns are represented in notation. It is mainly because of his notational innovations that he has been credited by some historians as being the founder of modern algebra.

A misunderstood mathematician
Despite Viète’s importance, and partly due to his own terse and sometimes confusing style, his work has been misunderstood and has not received the serious attention it warrants. For starters, just what are these capital letters he employs in his new algebra? Jeffrey Oaks, Professor of Mathematics at the University of Indianapolis, however, is redressing this. Nearly two decades ago he decided to combine his two main interests, Mathematics and History, in the study of Medieval Arabic mathematics. Professor Oaks enlisted the help of a Palestinian colleague to teach him Arabic and embarked on the study of Arabic algebra. His early work exposed the conceptual differences between medieval and modern algebra, and those studies laid the foundation for his later work on Viète.

Premodern polynomials
Oaks discovered that algebraists before Viète conceived of the objects of their study, that is monomials, polynomials, and equations, differently than we do today. A premodern polynomial was considered to be a collection of different kinds of numbers or powers, without any operations present. Where our x2 + 3x, for example, is constructed from the operations of exponentiation, scalar multiplication, and addition, the medieval equivalent ‘a māl and three things’ (here translated from Arabic) was simply a collection of four items of two kinds, like saying ‘an apple and three bananas’. This interpretation lay behind the algebra in Ancient Greek, medieval Arabic, Latin, and Italian, and even in the algebra of sixteenth-century Europe.

Viète was also the first mathematician to explore beyond
the third dimension in geometry.

A new algebra for geometry
Prior to Viète, the knowns and unknowns in algebra were positive numbers. Viète diverged from this norm, but in a way that had not been properly analysed before. Professor Oaks has reviewed the whole of Viète’s output, along with an extensive range of mathematical literature from the period, and has determined that Viète’s letters, standing for his knowns and unknowns, represent instead geometric magnitudes such as lines and surfaces. More specifically, they represent the relative sizes that geometric magnitudes have with respect to one another, without any regard to possible numerical measures. In other words, Viète created an algebra for classical geometry.

What drove Viète was his interest in producing accurate astronomical tables. He was faithful to the Greek tradition exemplified in Ptolemy’s Almagest (2nd century CE) by regarding geometry as providing the theoretical footing for calculations in astronomy. (Even if magnitudes have no intrinsic numerical measure, one can assign numerical measures to them.) Ptolemy had not used algebra to express his theorems or to perform his calculations, but Viète, through his investigations in trigonometry, found a way to adapt the numerical algebra of his time to a geometrical setting. By working abstractly with higher-dimensional magnitudes and by resolving proportions into equations, he laid the foundation for a new algebra. This new algebra, which he called logistice speciosa, wasn’t just another step towards modern algebra. It was a complete overhaul of the very foundation of the art. It inspired Fermat’s and Descartes’ developments, which ultimately led to the replacement of Euclidean geometry with algebra as the standard way to express scientific results.

A radically new concept of polynomial, and a new notation to go with it
One natural consequence of the shift from an arithmetical to a geometrical foundation is that Viète’s polynomials were understood in an entirely new way. Where premodern polynomials were simply aggregations of the powers, Viète’s polynomials are modern in the sense that they are now constructed from operations. Before Viète, the powers of the unknown in algebra were considered to be different types of numbers and were given individual names. For instance, in 1575, Xylander called the first-degree unknown “numerus” and the second degree unknown “quadratum”, which he abbreviated as “N” and “Q”. In one problem, for example, he wrote “1Q+6N+36” for what would be our x2+6x+36. While Xylander’s notation may look modern, the letters function differently than our powers of x. The “Q” is a denomination or type (like “euro”), and only with a coefficient (here a “1”) does it assume a value (like “1 euro”). This is how all the various algebras preceding Viète functioned, both rhetorically and in notation.

The notation of Viète’s logistice speciosa performs differently from its premodern counterpart. Viète expressed Xylander’s polynomial as “A quadratum, + B in A, + B quadrato”, or translated into English, “A squared + B (multiplied) by A + B squared”. While Viète’s notation may look a little less symbolic, his letters were the first in algebra to denote values, thus the lack of a “1” before the “A quadratum”. This term represents the size of a square relative to other magnitudes. This reconception opened the door to operations in algebraic expressions beyond polynomials that had been absent before.

Further, because Viète’s algebra is founded in geometry, his coefficients are necessarily arbitrary geometric magnitudes (here “B” and “B quadrato” instead of “6” and “36”). This enabled the structure of solutions to be depicted in a simplified equation, or formula; and because Viète’s goal was ultimately numerical calculation, this formula could be reused, substituting different knowns to generate tables.

Beyond the third dimension
Prior to Oaks, the only serious study of the ontology of Viète’s logistice speciosa was a 1936 article by the German-trained philosopher Jacob Klein. Klein, searching for the origins of modern, axiom-based mathematics, saw the objects of Viète’s algebra not as geometric magnitudes, nor as numbers, but as abstract entities that transcend the two. Klein’s thesis gained traction with its translation into English in 1968. Although not universally accepted, it has remained until now the only serious study of the ontology underlying Viète’s algebra.

According to Oaks, Klein probably went astray largely because he (and other historians as well) failed to notice that Viète worked with four-dimensional geometric magnitudes in two of his propositions. No mathematician before Viète had gone beyond the third dimension. Viète made this leap, not by some deep insight into the nature of geometry, but simply because it gives correct values when applied to numerical calculation. Like other impossible objects of his century, such as negative and complex numbers, higher dimensions in geometry were admitted because they proved to be useful.

Impact
Viète’s new geometrical algebra would eventually oust the old algebra. His concept of polynomial, together with his novel notation, was taken up in modified form in Descartes’ 1637 La Geometrie. Descartes presumed an intrinsic numerical measure for his magnitudes, and thus re-introduced numbers to algebra. He also preferred the lower case x and y, which we still use today, to Viète’s capital A, E, etc. It is the algebra of Descartes that became, and remains today, the standard mode of expressing mathematics, physics, and other fields. With Viète’s work, what had been a practical technique of merchants and surveyors was on its way to becoming the language of science.

What initially prompted your research into medieval Arabic mathematics?

<>I knew even as an undergraduate student that Arabic mathematics is as important as it is understudied. While many people are working on, say, eighteenth-century mathematics, very few are reading the Arabic manuscripts. I am currently one of the few people in the world working on Arabic algebra.

<>At the moment, I am working on a translation and commentary of the Arithmetica of Diophantus of Alexandria with a co-author, Jean Christianidis. I am also planning other studies on Arabic mathematics, and I will eventually look beyond Viète to investigate the algebra of 17th c. Europe.

François Viète’s revolution in algebra was last modified: May 22nd, 2019 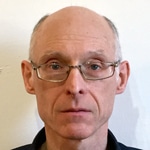 Jeffrey Oaks received his PhD in Mathematics from the University of Rochester in 1991. Since 1992, he has been a Mathematics Professor at the University of Indianapolis. Oaks originally worked in differential geometry, but switched to history of mathematics in 1999. Since then, he has focused mainly on medieval Arabic algebra.

Professor Jeffrey Oaks’ study of Medieval Arabic Algebra at the University of Indianapolis has led to his discovery of the innovations of François Viète that underpin modern algebra.