Biology
Understanding how groups of animals react to sudden threats has eluded researchers for many years and previous models failed to provide a mechanism for how social information can disseminate quickly through the ranks. For the past ten years, Dr Bertrand Lemasson, based at the U.S. Army Engineer Research and Development Center in Oregon, USA, has studied how and when an individual’s actions within a group merit attention and the consequences for spreading social information.

As ants meander through the grass or bees hop from flower to flower, they either leave a ‘message’ behind for their companions to follow or do a little dance to show the way. Researchers have known about these iconic ways of communication for a long time and they have been studied in depth. The slow pace of these mechanisms however, cannot be used when there’s a predator lurking around the corner.

In the midst of the chaos and confusion that can arise during an attack, who do individual animals pay attention to? Who steps up to become a leader and drive the group to safety? Understanding how groups of animals interact with each other in response to a sudden attack is a mystery that Dr Bertrand Lemasson and his team, based at the U.S. Army Engineer Research and Development Center in Oregon, USA, have been trying to solve.

For a long time, models of collective motion assumed that individuals reacted to one another by simply averaging the actions of their neighbours. This approach keeps things simple, which scientists like, and it is good enough to explain why group decisions often outperform individual ones during navigation. If the group shares a goal, like migratory birds for example, small individual mistakes are cancelled out as the rest of the group maintains course. Under these conditions a minority can bias a group’s direction, but only if they are persistent for a prolonged period of time. This simplistic view, however, fails miserably when a predator attacks and time is of the essence. Imagining for a second that the model still stands in this situation, then any sudden attempts to escape (by running in random directions) from individual animals would just be ignored by the rest of the group, who would remain as ‘sitting ducks’ waiting for impending doom from the predator.

It’s obvious that this is not the case. Any abrupt movement by a few animals is enough to trigger a rapid response that quickly spreads through the group with a ripple effect. Although it would explain much more than the previous model, this new idea brings its own set of unresolved questions: how much attention do animals pay to their neighbours? How do they decide which ones are worth following?

In the midst of the chaos and confusion that can arise during an attack, who do individual animals pay attention to?

For Dr Lemasson, the answer may lie in how animals can spot movement around them. In 2013, the team proposed that animals traveling in groups likely follow those that stand out from the crowd. From an animal’s point of view, all others moving at the same speed are unlikely to be providing any new information. However, the neighbour that suddenly takes off in haste likely knows something that its neighbour doesn’t!

Crucially, Lemasson’s model covers both calm and collected travelling as well as panic mode under attack by a predator. When all animals move at the same speed, neighbour actions are equally integrated and democratic decisions dominate. A motion-based mechanism also suggests a way to reduce the risk of false alarms – that is, having individuals waste valuable energy by responding to threats that aren’t there. However, in the event of a kerfuffle, animals will preferentially follow those that spotted the danger, triggering behavioural changes that cascade across the group. In this case, the majority is ignored to follow a minority.

Follow extreme behaviour or be average?
For Dr Lemasson, the first step to test his model was to confirm the importance of visual cues. Using a computer model starting with individuals in random positions (mimicking animals foraging), it was possible to “make” any individual go from zero to hero in just seconds, simply by having it accelerate and instantly attracting the attention of nearby neighbours. In a way, although the first animal was only looking out for itself and had no intentions of becoming a leader, temporarily it became the main source of information for the rest of the group. Dr Lemasson called this intuitive communication system amongst members of a group motion-guided attention.

Predator vs. prey
The second step in Dr Lemasson’s plan to test his hypothesis involved analysing not only how prey reacted to visual cues, but subsequently, how predators did. If certain visual features can draw the attention of ones’ neighbours, could they not also draw a predator’s gaze? Using a computer again, the team developed a ‘game’ where players had to track and catch prey.

Ironically, as much as a coordinated group approach seems like a strong bet against potential attacks, this consistent behaviour actually proved to be detrimental in the presence of predators. As animals paid attention to neighbouring movements, they became a coordinated group, actually making it easier for predators to attack. This important finding demonstrates that behaviour promoting coordination in social animals can increase individual predation risk during a targeted attack.

Crucially, Lemasson’s model covers both calm and collected travelling as well as panic mode under attack by a predator.

The problem for the prey is that coordinated movements can easily be predicted by predators. When groups behave erratically, it’s difficult for predators to focus simultaneously on multiple targets moving in different directions. This ‘confusion effect’ actually lowers the prey’s risk of being caught. However, when the groups move as one, an individual’s trajectory become more predictable and thus easier to track and capture.

Nevertheless, although increasing collective coordination can also increase individual risk within a group, traveling in coordinated groups is still better than appearing alone. Even animals travelling on the outside of a coordinated group would be less likely to become isolated and preferentially targeted by either another predator, or as a secondary target from a failed attack on a neighbour.

Finally, the evidence needed
Moving on from computer simulations, Dr Lemasson and his team recently tested their hypothesis in real fish schools. The challenge was to determine how animals react to changes in the speed of a neighbour. The team placed zebrafish (alone or in groups) in a Y-shaped maze and projected virtual shoal mates onto the bottom of the maze. Virtual fish were divided into ‘distractors’ that moved randomly when it was time to decide to go left or right, and ‘leaders’ that consistently moved into one arm or the other.

When the ‘leaders’ moved at the same speed as the rest of the group, the zebrafish simply adopted a democratic rule and followed the majority of their neighbours. However, when the leaders moved faster, zebrafish would almost always follow them, regardless of what the rest of the group (real and virtual) was doing. While researchers have known for a long time that vision plays an important role in fish behaviour, Dr Lemasson’s team demonstrated for the first time how perceived changes in speed can tune the strength of social interactions.

What sets the threshold speed to follow a neighbour moving faster? Or in other words, when does an individual animal decide it’s time to follow?

How a minority can swiftly shape collective actions was last modified: July 12th, 2019 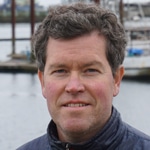 Bertrand Lemasson received his Ph.D. in ecology from Utah State University in 2007 where he studied the behavioural algorithms fish use to navigate their environment, either alone or in groups. He then did a postdoc in the School of Aquatic & Fishery Sciences at the University of Washington before joining the Ecohydrology and Cognitive Ecology Team in ERDC’s Environmental Laboratory.

Dr Lemasson’s research into collective animal behaviour has focused on determining how individuals manage to extract pertinent information from the many social cues that surround them. 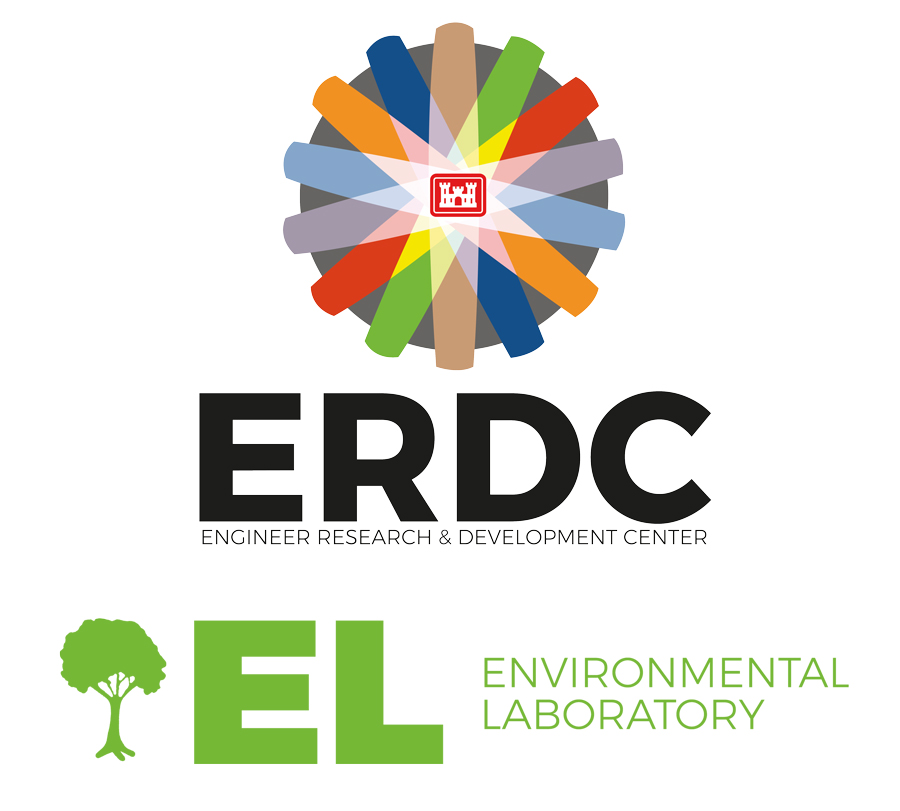