Education & Training
Dr Lawrence C. Scharmann, Professor of Education at the University of Nebraska-Lincoln, has been working with non-major biology and science teacher students to enhance the teaching and learning of evolution. His students note that science theories are powerful tools and when they are presented with new ones, they do not have to give up other tools, such as their religious beliefs, in exchange. Professor Scharmann believes that it is important for future science teachers to reconcile their personal religious values with their understanding of scientific theories in order to become more adept at facilitating their future students in learning concepts such as evolution.

While the public misunderstanding of evolution is in part due to religious and political motives, it is also a result of didactic teaching. Dr Lawrence C. Scharmann, Professor of Education at the University of Nebraska-Lincoln, specialises in science teacher education. He has been working with non-major biology and science teacher students developing strategies to enhance the teaching and learning of science theories, and in particular, evolution.

Many secondary school students and undergraduates hold a dualistic worldview. This leads them to create dichotomies, albeit false ones, such as right vs wrong and science vs religion. These can obstruct their learning science at a more theoretical level. Professor Scharmann explains that “encouraging students to consider scientific theories as important tools that provide scientists with explanatory power, predictive capacity, and utility (in solving scientific problems) often leads to a revision of their worldview and even to a rejection of previously held false dichotomies.” 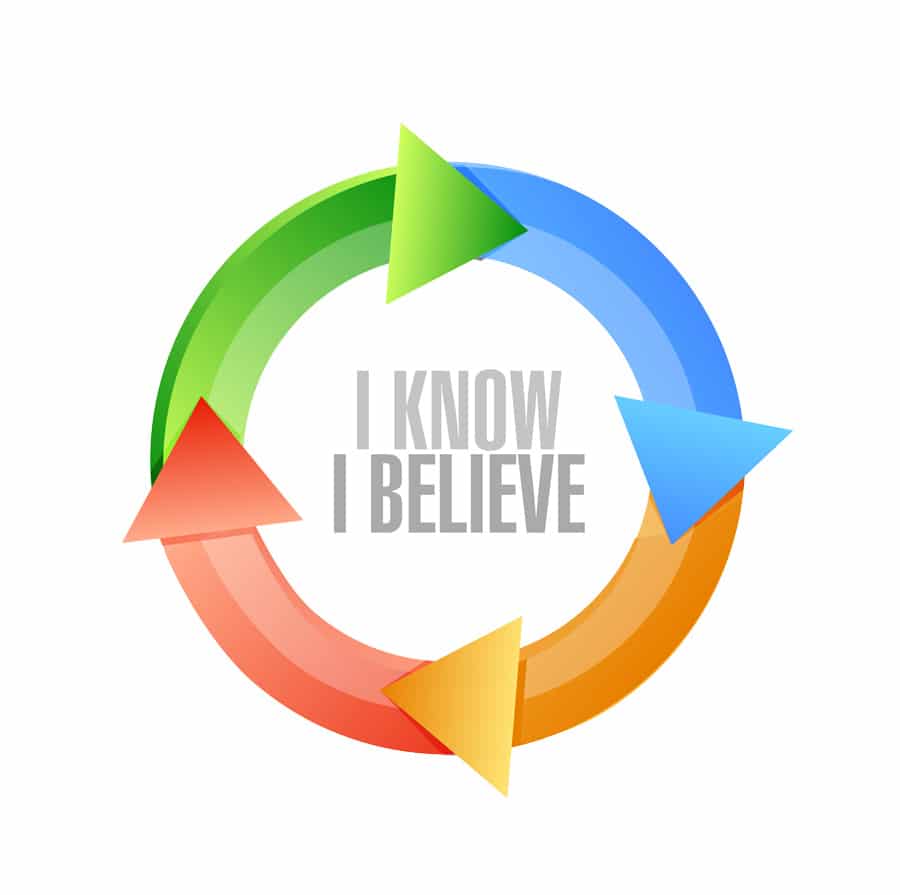 In an analysis of his work dating from 1985, Professor Scharmann examines the changes in evolution teaching. Based on his own personal experiences, as well as research-informed practices, he believes that evolution education depends on the effective teaching of nature of science (NOS) before introducing evolution to students. NOS involves recognising that scientific knowledge is based on assumptions and science is underpinned by various levels of uncertainty together with biases and a variety of social aspects.

Four insights
Professor Scharmann puts forward four acumens that establish a pedagogy that he and his colleagues have found effective in supporting students, especially non-science majors, in the study of evolutionary science. He recommends that explicit NOS principles should be taught first, before other science concepts are introduced. Following this, evolution can be integrated throughout an introductory biology course as a theme, and linked to NOS principles. He also recommends that active learning pedagogies are deployed to promote students’ critical thinking. A strong foundation in NOS, acquired through activities such as student-to-student interactions in pairs, groups, and teams, instructor-to-student interactions involving question and answer sessions and whole class discussion, trains students to manage their perceptions of science controversies. Finally, non-threatening alternative assessments should be used to enhance the students’ learning and acceptance of evolutionary science.

Encouraging students to consider scientific theories as important tools that provide scientists with explanatory power… often leads to a revision of their worldview.

Evolution instruction facilitating nature of science understanding
Professor Scharmann has observed how teaching evolution can facilitate students’ understanding the nature of science. He designs his courses primarily to establish how evolutionary science is consistent with NOS principles. He has used his revised pedagogy for over a decade and during this time three claims have been recorded repeatedly in his course evaluations. Firstly, students note that science theories are powerful tools as distinct from facts or beliefs. They can use these tools to predict, explain and solve scientific problems. Secondly, when presented with new theories, or tools, such as evolutionary theory, students do not have to give up other tools, such as religious beliefs or aesthetic preferences that they find valuable in non-scientific situations, in exchange. Thirdly, methodological naturalism, where scientists choose not to consider supernatural causes (e.g. God and angels) when conducting scientific study, means that scientists must ignore explanations that are outside the realms of science. Professor Scharmann observes that these claims promote a learning environment that is more receptive to studying scientific theories, particularly evolution. Nevertheless, they do not necessarily increase the students’ acceptance of evolutionary theory.

Non-threatening alternative assessments
Professor Scharmann and his colleagues have observed how non-threatening assessment practices can be employed to cope with their students’ emotional concerns and take their prior beliefs into account. Asking students to keep a journal where they can engage in self-examination and record the ongoing changes in their understanding, together with their personal views, has proven successful. This approach is highly dependent, however, on the instructor’s ability to provide students with feedback that is consistent, unbiased, and non-threatening.

Journals to assess student learning
When using journals, Professor Scharmann reassures his students that their participation is without negative consequence and that the information that they are recording is not being judged as right or wrong. His research studies involving the use of journals to assess students’ learning revealed that journalling promotes students’ reflection on the special nature of scientific knowledge. This reinforces the NOS principles that science is necessarily uncertain, testable, replicable, and self-correcting. Students recorded their thoughts on the tools and products of science, emphasising that evidence is required and noting how various empirical methods, such as observations, inference, inference and deduction are shared. The significance of the human elements of science was also chronicled, with recounts of how science aims for objectivity but that subjectivity cannot be completely eradicated. The students recognising that their own social and cultural influences can have an impact on science. The students also reflected on the compatibility of the science they were learning with their own prior religious beliefs. Moreover, they related how they could experiment with changes in their personal understanding of science concepts and discover ways to accept concepts such as evolution and still hold onto particular religious beliefs.

If students accomplish this reconciliation, they become far more adept at facilitating their future students in learning concepts such as evolution.

Reconciling personal religious values
In his work with future science teachers, Professor Scharmann has found that it is important for students to reconcile their worldview, and in particular their personal religious values with their understanding of scientific theories. Science teacher education can help teachers and students articulate and evaluate ways of integrating science with religious frameworks in order to foster greater understanding of the nature of science and biology. The literature demonstrates that many scientists and theologians believe that there is not necessarily conflict between science and religion and a wide range of interpretations of the link between science and religion are presented. Other studies disclose how acknowledging students’ different beliefs can generate an increase in the students’ ability to reconcile their religious views with aspects of evolutionary science. For the very religious students, Professor Scharmann finds that viewing science and religion as separate, non-overlapping domains and presenting science as one of a number of legitimate ways of knowing offers a productive approach for the teaching and learning of evolution. Professor Scharmann explains that if students “accomplish this reconciliation, they become far more adept at facilitating their future students in learning concepts such as evolution.”

Practical significance of evolutionary concepts
In addition to interlinking the concepts of evolution with NOS principles, Professor Scharmann finds that it is equally valuable to show the practical significance of evolutionary concepts, demonstrating the human elements that illuminate the relevance of evolutionary biology in individual and societal decision making. For instance, he wants his students to understand how it’s the collective population and not individuals within a species that adapt to their environment over time and why acquired traits like musical ability are not inherited. Similarly, he wants his students to appreciate how the principles of common ancestry are applied, by the Centers for Disease Control and Prevention, in the design and production of vaccines.

Efficacious teaching of evolution
To advance the effective teaching of evolution, Professor Scharmann’s research demonstrates that science teacher education must ensure that secondary biology teachers have developed a deep understanding of NOS. Teachers should also be provided with strategies to help students cope with the implications that arise from evolution. It is also essential that these teachers have an understanding of appropriate pedagogy and use active, social learning. Professor Scharmann suggests teachers use NOS as a lens for evolution instruction and that they compare evolution with alternative explanations. Where possible, teachers should focus on human evolution and recognise the power of historical inference.

In addition to the scientific strength of evolution, Professor Scharmann highlights the need to help students understand “why a wide array of alternatives exists for combining science and religion in personal perspectives.”

What prompted your interest in evolution education?

<> Theodosius Dobzhansky, a preeminent biologist once remarked that “nothing in biology makes sense except in the light of evolution.” Marvelling at the immense power of this theory to explain, predict, and solve so many biological science problems and puzzles, I became curious why others saw evolution as controversial.

<> I am working with a former doctoral student to follow a random sample of my science teacher graduates during their initial years of professional teaching practice to understand how successful teachers navigate students’ emotional (affective) reactions when they first introduce evolution as a unit of study.

Insights into nature of science and evolution education was last modified: February 28th, 2020 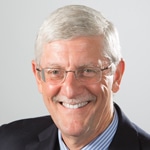 Prof Lawrence Scharmann specialises in science teacher education, focusing on nature of science issues with specific emphasis on the instructional role of science theories (specifically evolution). His seminal contributions have been independently acknowledged by both the National Association for Research in Science Teaching and the Association of Science Teacher Educators. 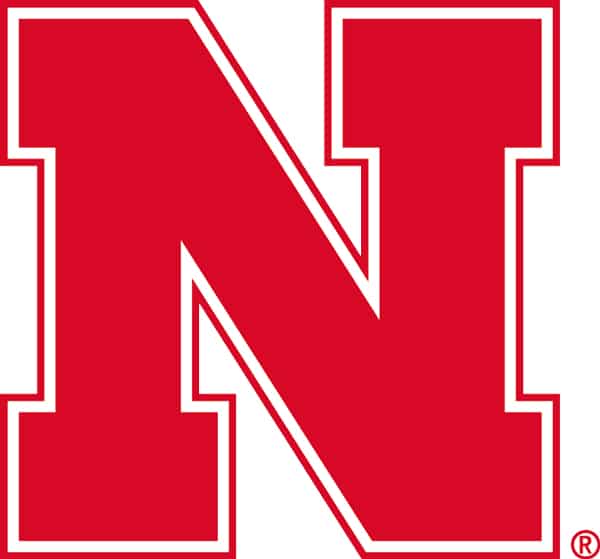