Faecal calprotectin (CP) is a valuable biomarker for inflammatory bowel disease (IBD). Nevertheless, commercial assays do not display comparable clinical sensitivities and specificities. Dr Magne Fagerhol at the Oslo University Hospital, Norway, explored the structure of faecal CP to understand the sources of variation and developed new monoclonal antibody mixtures and immunoassay procedures that improved the sensitivity. Moreover, Fagerhol demonstrated the presence of neutrophil extracellular traps (NETs) released from activated neutrophils in the gut. He proposes three novel immunoassays for improved quantitative analysis of faecal CP and detection of NETs in stools.

Inflammatory bowel disease (IBD) describes the chronic and recurrent inflammatory conditions of the gastrointestinal (GI) tract. Unfortunately, the frequency of IBD is rising globally due to the increased intake of calories from added sugars and saturated fats. In 2030, more than ten million people in the Western world are forecast to be living with IBD. Though the aetiology of the disease is largely unknown, defects in the immune system and aberrant immune activity against commensal microorganisms in the GI tract are believed to play crucial roles in driving the pathogenicity of IBD.

Neutrophils are the most abundant leukocytes and the first cells to reach acute inflammatory sites. They show antimicrobial activity by engulfing the microbes, releasing multiple antimicrobial agents to the site of infection and forming neutrophil extracellular traps (NETs). NETs are web-like structures consisting of DNA-histone complexes and antimicrobial proteins. While NETs function to trap and kill pathogens, excessive NETs are associated with host tissue damage and the progression of gut diseases, including IBD.

NETs contain calprotectin (CP), a major cytosol protein in neutrophils discovered in 1980 by Dr Magne Fagerhol and colleagues. This finding paved the way for further research on CP and its roles in inflammatory diseases. CP exerts its antimicrobial activity by binding of zinc and other trace metals. Faecal CP is now an established non-invasive biomarker in IBD patients.

Fagerhol and Rugtveit established Hybrid ELISAs (HELISA) for the detection of NETs in the stool.

Most methods to quantify faecal CP are based on the enzyme-linked immunosorbent assay (ELISA), a powerful method that employs antibodies linked to enzymes for detecting and quantifying a specific protein in a mixture. Sandwich-type ELISA is the most frequently used immunoassay, where at least two antigenic epitopes on the protein are required for binding. The immobilised antibody in the microwell of the ELISA plate and the detection antibody in the solution form a ‘sandwich’ with the protein to be detected. Mostly, the horseradish peroxidase (HRP) enzyme is conjugated to the detection antibody to obtain a detectable signal. A standard curve is generated by plotting the known concentrations of a standard protein against the absorbance values to quantify the target protein.

Back in 1992, Fagerhol and colleagues described an ELISA-based method for extraction and quantification of faecal CP and reported elevated levels in the stools of patients with IBD.

In recent years, different commercial assays have been developed. Though used widely, the commercial kits lack standardisation, have low sensitivity and specificity, and produce different results mainly due to differences in antibodies, extraction procedures, and standards used. The results obtained with different kits are not interchangeable, limiting the use of faecal CP in monitoring patients with IBD.

Together with Dr Jarle Rugtveit, Fagerhol undertook this challenge to develop novel and reliable quantitative methods for the detection of faecal CP and studying NET generation. To do that, they first demonstrated that the structure of faecal CP is different from that in the standard protein. This is a major source of variation in the results obtained with the commercial CP assay kits. Moreover, though CP is a heterodimeric protein complex with S100A8 and S100A9 subunits, faecal CP was shown to lack the subunit S100A8. This means that if the standards included in the commercial CP assay kits contain the subunit S100A8, falsely low concentrations will be estimated. A similar result will be obtained if the antibodies of the commercial kit bind to both subunits.

The researchers selected a mixture of new monoclonal antibodies targeting the S100A9 subunit only – the first assay standard compatible with faecal CP using chromatographic methods for an objective assessment of faecal CP levels. Another advantage of the offered standard is that it maintains stability even after storage at 5°C for four months.

CP is a NET-associated protein bound to chromatin DNA filaments. Fagerhol and Rugtveit demonstrated the heterogeneity of faecal CP and emphasised that the use of commercial CP assay kits would only be acceptable when employing a mixture of monoclonal antibodies targeting all the subfractions of the protein as obtained by chromatographic methods. The researchers also underlined the possibility that CP protein structure might be altered, or fewer or only one epitope will be available in the NET-associated form. Due to these reasons, they proposed three novel ELISA methods that will detect CP in different molecular configurations.

The first method is the MiMo ELISA, which is an approach similar to the sandwich-type ELISA. In this method, a mixture of monoclonal antibodies selected by chromatographic methods are employed as both immobilised and detection antibodies, in conjugation with HRP in the latter. In particular, Fagerhol and Rugtveit established Hybrid ELISAs (HELISA) for the detection of NETs in the stool. This method targets NETs by using immobilised anti-DNA or anti-histone antibodies and HRP-conjugated anti-CP monoclonal antibody mixture for detection. The results analysing the chromatographic subfractions revealed complexes between CP and chromatin components histone and DNA, pointing to the presence of intact and partially degraded NETs in stool samples.

The second method, namely FELISA, takes advantage of the property of CP to bind strongly to the plastic surface of wells, which makes the use of empty, non-coated wells possible. The direct binding of standards and faecal CP to the wells excludes the risk of falsely low detections due to the altered protein or the presence of fewer or only one epitope in complexes with DNA. If there is a single epitope, in FELISA, it will be available for binding to the enzyme-labelled antibody. Consequently, with an improved sensitivity of the assay, reliable estimates can be made and a more efficient selection of patients for complex diagnostic procedures will be possible. The researchers generated a stool extraction buffer that does not contain BSA or other proteins to avoid the nonspecific signals of other proteins bound to plastic.

The final method is a competitive ELISA, which was developed as an alternative to FELISA by the researchers. In this method, the wells are coated with immobilised recombinant S100A9, which competes with CP in standards and samples for binding to HRP-conjugated monoclonal antibody mixture targeting CP. Similar to FELISA, competitive ELISA can detect CP even in the presence of only one epitope, which makes it well-suited for higher sensitivity, especially in lower concentrations of CP. As an advantage over FELISA, nonspecific binding of other proteins in buffers is not an issue in competitive ELISA, as the wells are not empty. Nevertheless, both methods are required to be validated for clinical use.

Fagerhol’s work offers new insight into the faecal CP tests in the diagnosis and monitoring of IBD in clinical practice. He offers novel assay methods providing improved sensitivity and higher precision in the detection of faecal CP, which will be particularly important for better management of patients. Furthermore, HELISA enables the assessment of NETs in stool samples to further understand the link to several inflammatory disorders. 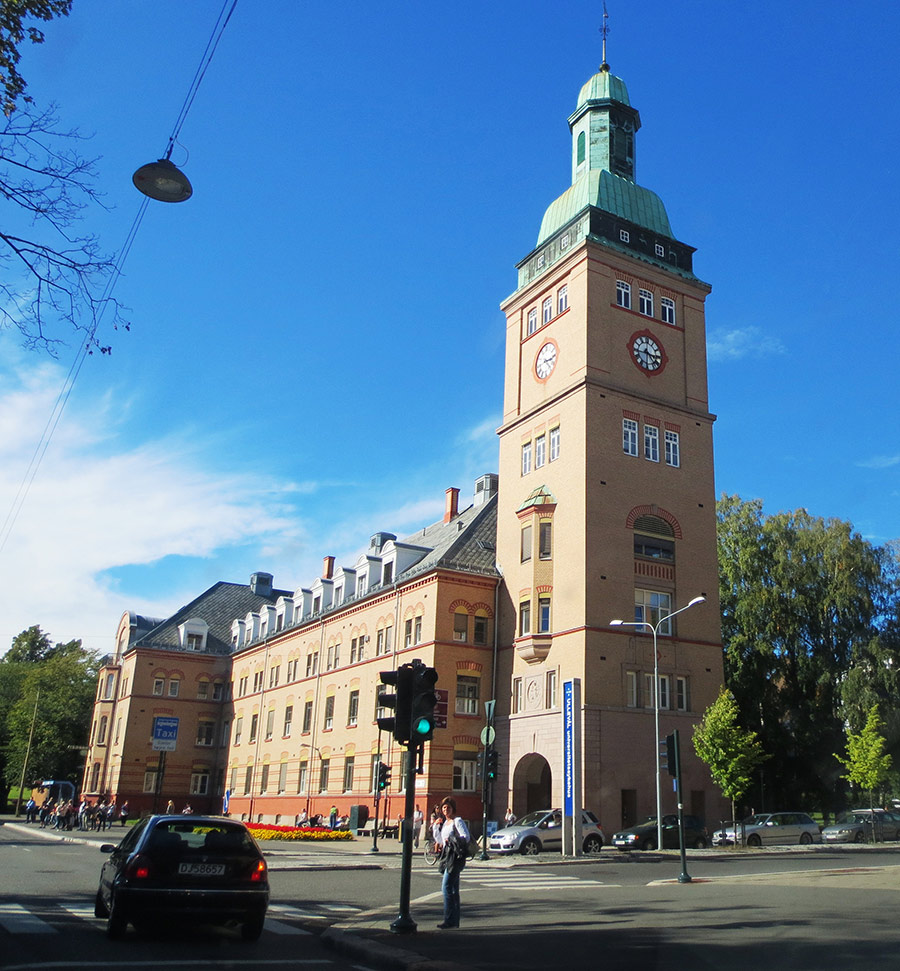 My research has always been stimulated by an interest in biology, in particular pathophysiology. Reading Harrison’s Principles of Internal Medicine during medical school (1954–1960), particularly the first 400 pages on the pathogenesis of disease down to the molecular level, ignited my interest in these phenomena. In the 14th edition, some results from my 1970 doctoral thesis (describing the Pi system) are mentioned, namely that some mutants of alpha-1-antitrypsin cause emphysema due to insufficient inhibition of granulocyte elastase. I decided to find a granulocyte protein whose level in plasma might reflect the turnover of such cells. This became calprotectin and subsequently the topic of five doctoral theses’ work in my laboratory.

Novel immunoassays for detection of faecal calprotectin and neutrophil extracellular traps in the gut was last modified: September 9th, 2022 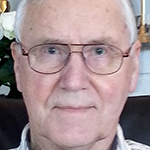