Health & Medicine
During brain surgery, the surgeon removes a piece of the skull to access the brain. The initial damage to the skull is then repaired by a procedure called cranioplasty, but the reconstruction may be complicated by infection and dehiscence (parting of the sutured lips of a wound). Cranioplasty is also used to reconstruct contour abnormalities of the skull. Recently, Professor Mommaerts developed a new, patient-specific device, called a CeTi cranial implant, for use in cases of trauma and reconstruction. It has been tested at the ETZ hospital in Tilburg and at the Universitair Ziekenhuis Brussel. The implant, a combination of 3D-printed titanium and calcium phosphate paste (CeTi), was used to successfully treat eight patients between 2017 and 2019, without any report of serious complications.

Serious medical conditions such as brain tumours, infections, stroke and brain injury can lead to swelling in the brain. The brain is encased in the protective but unforgiving structure of the skull, so any swelling can lead to pressure on the brain. If the pressure is not relieved, permanent damage to the brain can occur. When a patient develops swelling in any part of the brain, a surgeon might either drill a burr hole (a small hole in the skull) to allow blood to drain, or perform a partial craniectomy, a surgical procedure to remove a piece of skull bone to accommodate the swelling. Subsequently, the partial craniectomy is repaired a few weeks later via a reconstructive procedure called cranioplasty. This surgical repair of the defect in the skull protects the delicate brain tissue and restores the normal contours of the skull. 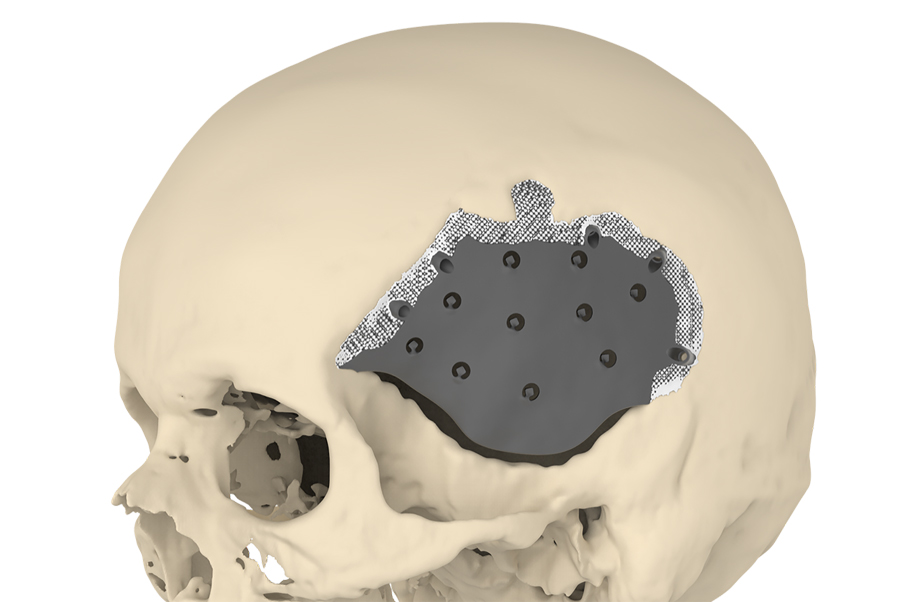 Technology to protect the brain
Over the years, neurosurgeons have developed several different techniques to reconstruct defects in the skull created by a partial craniectomy. One conventional method is to repair the defect in the skull using the piece of bone previously removed from the patient; however, this technique has drawbacks. Difficulties preserving the patient’s bone flap (or graft), infections and other challenges have occasionally led to loss of bone flaps or outright failure of the procedures.

Professor Maurice Mommaerts at the Universitair Ziekenhuis Brussel and his colleagues at the Elisabeth Tweesteden Ziekenhuis in Tilburg, the Netherlands recently trialled the use of a new type of implant, called ceramic 3D-printed titanium alloy (CeTi), designed for use in cases of infectious complications after the initial repair (six patients) and of psychosocially disturbing contour abnormalities (two patients). All the implants were successful after a follow-up period of between 18 and 24 months. Among the eight patients who received a CeTi implant, there were no cases of infection, wound dehiscence (when a sutured wound opens, or fails to close properly) or hypersensitivity to cold air.

Among the eight patients who received a CeTi implant, there were no cases of infection, wound dehiscence (when a sutured wound opens, or fails to close properly) or hypersensitivity to cold air.

The creation of the CeTi implant
The CeTi implant consists of a 3D-printed titanium alloy shell. The shell is manufactured using a high-powered laser beam to melt and fuse metallic powders together, creating the titanium alloy. Titanium is strong and light; crucially, with reduced thickness – and unlike some other metals – it also does not interfere with magnetic resonance imaging (MRI) or computed tomography (CT) scanning, which is often needed in patients with ongoing brain conditions.

The implant has a latticed border, which helps to promote bonding to the bone of the skull. The central part of the implant is relatively thin, to accommodate a swollen brain, and strong, to protect the brain from impact.

The border of the implant has interconnected micropores: very tiny spaces (with a diameter less than two nanometres) within the material. During surgery to place the implant, the micropores are filled with calcium phosphate paste. This paste contains high levels of free calcium, which possesses antimicrobial properties, to help prevent infection. The calcium phosphate also encourages new bone formation around the edge of the implant, a process which is enhanced by ensuring that the micropores are of the right size. Once in place, the implant is secured with screws to achieve primary stability.

The first patients to benefit
Between April 2017 and April 2019, both teams performed six inlay and two onlay operations using the CeTi implant. The first patient was a 52-year-old woman who had suffered bleeding into the space surrounding her brain due to an aneurysm (weakening of an arterial wall). The patient also had a contact allergy to plastics, meaning that certain other types of implant were unsuitable. In this case, the patient’s skull had initially been repaired with a piece of her own bone. Unfortunately, this bone graft became infected five months later, and had to be removed and replaced by a CeTi implant.

The second patient was a 43-year-old man who, twenty years ago, had had an operation to remove a cyst from his brain. As in the first case, the patient’s skull was initially repaired with a bone graft that later became infected. Surgeons removed the graft and attempted to repair the damage with a substance known as “bone cement.” Unfortunately, over time the cement loosened, forcing the patient to undergo multiple further operations. In 2017 – 16 years after the initial surgery – the patient continued to experience persistent pain and pressure. The damage to the patient’s skull was successfully restored using a CeTi implant.

The third and fourth patients were both men in their early forties. While the reasons for their initial surgery were different, both men had suffered recurrent infections in the bone grafts that were used to repair their skulls, and both then received a different type of implant, known as a PEEK implant. In both cases, the PEEK implant failed, in part due to wound dehiscence. Fortunately, each patient then went on to receive a successful CeTi implant. The fifth patient, a 51-year-old woman, had a similar experience, suffering infections with both a graft of her own bone and a PEEK implant, before eventually receiving a CeTi implant in January 2019 – with no signs of infection so far.

The sixth patient was a 74-year-old man who had suffered a brain aneurysm, and subsequently received an apparently successful bone graft, 34 years ago. Even after so long, the graft became infected, and the patient underwent a successful CeTi implant procedure.

With micropores of [about 500 μm], the cells colonising the rim of the implant can access the minerals needed for the growth of new bone tissue.

Two other patients had successful onlay (augmentation of the skull bone) implant procedures. The first was a 27-year-old male patient with trigonocephaly (a congenital condition that results in a triangular forehead) and the second was an 18-year-old male with Apert syndrome (a genetic disorder characterised by skeletal abnormalities).

Long-term success
Each of the eight implant procedures were successful. None of the patients had any major post-operative complications: crucially, none contracted an infection linked to the implant. In addition, there were no reported cases of dehiscence or hypersensitivity to cold air.

The surgeons believe that the success of these procedures can be attributed to a number of factors. First, the surface of the implant was specially prepared with laser lithography, a technique that uses laser technology to encourage the implant to bond with the skull. In conjunction with the antimicrobial activity of the calcium phosphate paste, this explains the resistance of the ceramic implants to infection. The prepared surface also reduces the risk of fluid accumulation between the implant and surrounding tissues.

As mentioned, CeTi is uniquely suited to implantation on an expanded brain because the shell is thin, except at its rim. The small size of the screws used to fix the implant reduces the risk of accidental damage to blood vessels in the brain. The screws firmly secure the CeTi implant in position, allowing new bone to develop around the edges of the structure.

Based on insights gained from previous studies, Professor Mommaerts and CADskills BV were able to precisely judge the most effective size of the micropores around the border of the implant (which was found to be a diameter of about 500 μm). With micropores of this size, the cells colonising the rim of the implant can access the minerals needed for the growth of new bone tissue.

As mentioned, using titanium for the implants does not interfere with brain imaging using CT or MRI, as other materials might. Scans of patients with CeTi implants can produce very clear images. However, the researchers note that, due to possible deflection of radiation, any future radiotherapy treatment of the brain could be challenging.

Ideally, using a patient’s own bone to repair damage to the skull would be an effective treatment. However, while various techniques have been developed to improve bone graft preservation and the ability to rescue patients’ own infected bone grafts, so far none appear to produce results comparable to the use of other materials, such as those used in the CeTi implant. The patients described seem to bear out the results of previous research, which suggests that the use of synthetic materials with computer-assisted technology results in lower complication rates. This work has shown that ceramic 3D-printed titanium cranioplasty can significantly improve the outcome for patients in need of surgical repair of the skull.

In your paper’s concluding statement, you spoke about the usefulness of ceramic 3D-printed titanium cranioplasty in selected cases. Apart from the history of previous infections, were there any other selection criteria for the eight cases you treated?

<>Allergy to PMMA was another.

What inspired you to work on this project?

<> Patient-specific bone and joint replacement is what patients wish today, and what surgeons should strive for: replacements that match form and function maximally. Regenerative medicine and gene therapy will ultimately replace alloplastic materials, but this may take a few decades. I was excited by the potential of contemporary technology with (ecologically sound) additive manufacturing to create a prosthesis that is matched to a patient’s anatomy and function on one hand, and on the other hand by the biological properties of titanium and calcium phosphate in relation to integration in both bone and soft tissues. CeTi is one of the novelties. CADskills developed the additively manufactured subperiosteal jaw implant, the temporomandibular joint replacement ‘Parametro’, the concept of facial contouring implants, and scaphoid and lunate replacements with expert surgeons in the field. Also, a patient-specific bone-anchored hearing aid, a patient-specific acromial hook plate, a high tibial osteotomy wedge implant, a patient-specific radiocapitellar and CMC1 (base of thumb) prosthesis. 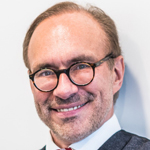 Professor Mommaerts and colleagues have trialled the use of a novel cranial implant design for use in cases of infectious failure of the original skull repair and for contour reconstruction. 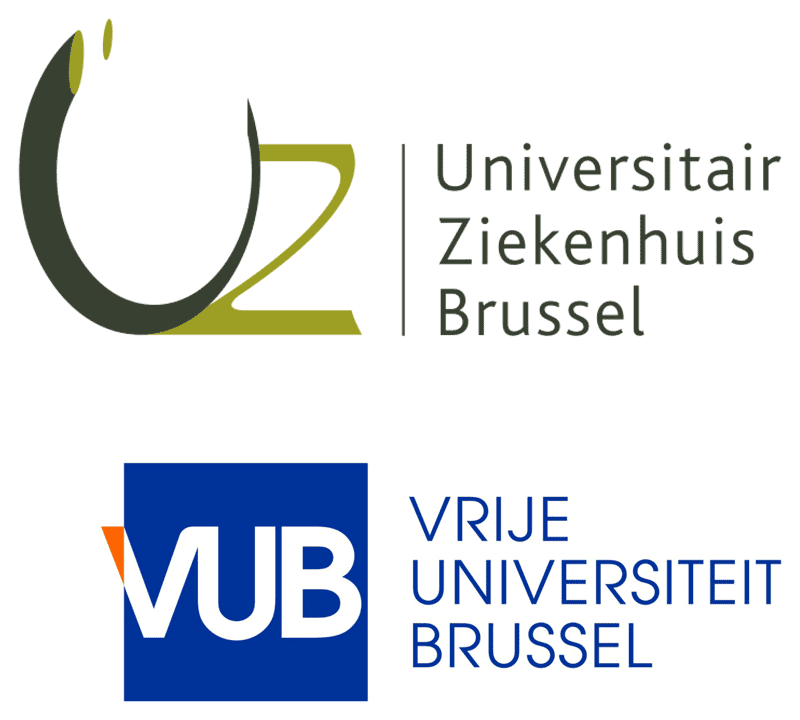 Intergenerational mobility and school inequality in the US
Business & Economics
Read This Article
Magma differentiation: The complex processes behind active volcanism
Earth & Environment
Read This Article