Business & Economics
The focus of global geo-political power sits squarely within the Asia-Pacific region, but China’s rise has resulted in face-off with the United States. Canadian foreign policy has three main options in light of China’s rise to dominance: pivot to China, place itself equidistance between Beijing and Washington, or align with the US strategy. Professor Kenneth Holland of O.P. Jindal Global University argues that Canada’s national interest would be best served by broadly aligning with the United States. However, it should also cultivate its relationships with other emerging economies and advocate to moderate Washington’s bellicose strategy in the Pacific.

Human history is punctuated with changes in the global world order. Pax Britannica, extending from the end of the Napoleonic Wars (early 1800s) to the start of the First World War (1914), saw British hegemonic power dominate global geopolitics. In the early 20th century, this gave way to Pax Americana, with the United States gaining economic and military dominance sufficient to make itself the ‘world’s policeman’. However, as ever, the winds of change continue to blow, and in recent years have risen to a deafening howl. The focus of global geo-political power now sits squarely within the Asia-Pacific region, resulting in a face-off between the United States and China. In the middle of this battle for dominance are the world’s remaining 193 sovereign states.

The approach of the Trump administration, which shifted US policy from engagement and dialogue with China towards a more hard-line stance (economically and militarily), has been adopted by the new Biden administration. Washington’s posture toward Beijing has put traditional US allies in a difficult position. At O.P. Jindal Global University, Professor Kenneth Holland is looking at how Canada, whose largest and second largest trading partners are the United States and China, respectively, is picking its way through this geopolitical mine field. The decisions it takes, to align with the US or with China or with neither, will shape its position in the world for generations.

The status quo
Canadian foreign policy with respect to Sino-Canadian relations cannot be viewed in isolation from its relationship with the United States, or from the relationship between the US and China (not to mention the myriad of connections among these three players and other sovereign states). It is a complex web of considerations against a background of ever-changing geopolitics shaped by, among other things, China’s rise.

The growing (political, economic, and military,) rivalry between the United States and China is one of the greatest global threats of the 21st century.

China and Canada have shared a diplomatic relationship for the last 50 years. Over this time, the volume of trade from China to Canada has gone from $150 million to $74 billion; in the opposite direction, 4% of Canadian exports go to China. This trade is generally well balanced and complementary; Canada provides natural resources in return for manufactured goods. Chinese tourists, students, and foreign investments are important sources of revenue in Canada.

From the Canadian perspective, this relationship is only outdone by that it shares with the United States, with the two countries enjoying the world’s largest trading relationship (worth some $1.6 trillion). In 2019, the cross-border trade in goods and services was worth $704 billion alone, not to mention money flowing through investments. Some 3 million Canadian jobs rely on these exports, and 20% of the country’s Gross Domestic Product (GDP) is based on the export of goods to the US. Moreover, the diplomatic and political ties are deep and profound; Canadian and US troops have stood side-by-side in numerous armed conflicts over the last century, and both are founding members of the North Atlantic Treaty Organization (NATO). Recent years have seen some damage to this longstanding friendship, owing mostly to the election and subsequent policies of the Trump administration (eg, the introduction of tariffs on some Canadian goods). With the arrival of the Biden administration, reconciliation is on the horizon, but the tricky question of China could yet throw a spanner in the works.

Left, right, or go straight on
Canada has three main options in light of China’s rise to dominance:

Aligning with China would come with significant benefits, particularly if China prevails in its march towards global hegemony; in short, Canada would benefit from backing the winning horse. Should it wish to follow this approach, Canada could look to model European countries such as Greece and Hungary, who treat China as a friend and strategic partner. To make this intention clear, they could develop formal policies that support the current locus of power in the Asia-Pacific and South China Sea region, going against the attempts of the US and Japan to bring the nations of the Indian Ocean further into the mix (ie, an Indo-Pacific focus). However, the risks of this approach would be significant. Alienating their largest trading partner, and a country with whom they share a long and porous border could be disastrous. Retaliation could be swift and unrelenting, ranging from tariffs and other trade barriers, border restrictions, and withdrawals from joint security and intelligence partnerships. The country could also suffer in the court of public opinion, with critics accusing Ottawa of ignoring the regime’s basic principles of democracy, human rights, and the rule of law.

The United States is Canada’s most important ally, and its continued prosperity and security is intimately tied to this relationship.

The second option, following the lead of European nations such as France and Germany, would be to take a more neutral stance. Active measures could include adoption of an Indo-Pacific approach, but with an emphasis on China as a partner rather than an adversary. Again, this option is not without its risks; by taking the middle ground, Canada could end up pleasing no one. In particular, the threat of retaliatory action on the part of the US would remain, while favourable economic ties with a vengeful China may suffer.

A third and final choice would be for Canada to get on board with US policy, as have other allies such as Australia and Japan. This approach would entail wholeheartedly adopting an Indo-Pacific approach and publicly opposing China’s economic and military march across the globe. Canada could look to join the Quadrilateral Security Alliance, an informal network of countries, including the United States, Japan, Australia, and India, who talk, share information, and conduct joint military exercises. The benefits of this approach would be the maintenance of good relations with the US, and the preservation of current advantages in trade, border policies, security, among others. Such a stance would allow Canada to curate closer relationships with other similarly aligned countries. Finally, it would cement Canada’s image as a bastion of human rights, the rule of law, democracy, and economics led by the private sector.

The cost of such an approach would be a deterioration in relations with Beijing; Canadian citizens could face difficulties in China and barriers to trade would almost certainly be introduced. Canada could also be compelled to actively join military campaigns to oppose China. However, broad alignment with US policy need not require total submission to the more bellicose aspects of the approach. Canada could use its position to advocate for a softer, less radical, and less confrontational approach. This could be achieved by promoting continued productive engagement with China. Other US allies, including Japan, Australia, and South Korea, simultaneously balance their support for Washington’s efforts to contain China’s territorial expansionism and authoritarianism, with trade initiatives (eg, the Regional Comprehensive Economic Partnership) that facilitate engagement with China within established international rules (eg, those of the World Trade Organisation, WTO). This course of action has become somewhat easier with the arrival of the Biden administration, which rejects Trump’s unilateral approach of imposing tariffs and sanctions on Beijing and is more likely to pursue its agenda through multilateral action (eg, via alliances, the G7 and other international organisations).

A new place in a new world order
The growing (political, economic, and military) rivalry between the United States and China is one of the greatest global threats of the 21st century. For countries caught in the middle, there are only tough choices.

Based on his analysis of the state-of-play, Professor Holland argues that Canada’s national interest would be best served by broadly aligning with the United States. The United States is Canada’s most important ally, and its continued prosperity and security is intimately tied to this relationship. However, as both sides of the political aisle in Washington appear to be converging on a consensus approach to China, allies such as Canada increasingly have little leverage to sway opinions. Cultivating and building on its relationships with other Asian economies, such as Japan, South Korea, India, and countries in Southeast Asia, could soften the blow of any potential deterioration in Canada’s relationship with China. Professor Holland suggests that Canada joins Japan, Australia, and South Korea in advocating to moderate Washington’s bellicose strategy in the Pacific, with the aim of pursuing more consistent multilateralism and preserving the international rules-based order.

Ultimately, who do you think will be the victor between China and the USA? Will China become the dominant super-power?

<>
Ultimately China will fail to supplant the United States as the world’s sole superpower. China lacks military alliances, and its socialist market economy is unable to compete with America’s free market economy, which rewards technological innovation. Vladimir Putin is jealous of China’s rise and will take steps to limit Beijing’s influence in the Arctic and other regions important to Russia’s claim to be a great power. The coronavirus pandemic has damaged China’s standing in the world, and Beijing’s ambitious Belt and Road global infrastructure project has been scaled back. China’s labour force is decreasing and its population is ageing.

The election and events of the Donald Trump presidency showed us just how fragile our political systems really are. Is it wise for any single country to align itself strongly with any other, when in so rapid a time there can be wholesale regime change? Would Canada do better to align itself with more stable multi-country blocks such as the EU?

The January 6, 2021, insurrection, intended to prevent the peaceful transfer of power from Donald Trump to Joe Biden, highlighted the vulnerability of America’s democracy. The subsequent events, however, demonstrated the resiliency of its constitution. The United States remains the world’s oldest democracy and a beacon for those living in authoritarian regimes. America remains the leader of the liberal rules-based international order established in the wake of the Second World War. The European Union is not cohesive enough to assume responsibility for the survival of this order, with its emphasis on human rights and freedom, that China seeks to destroy.

Piggy in the middle: Backing the right horse in China vs USA was last modified: September 23rd, 2021 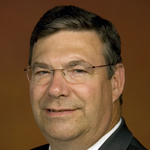 Kenneth Holland, Professor and Dean at O.P. Jindal Global University in Sonipat, India, earned a Ph.D. in Political Science from the University of Chicago. He is President Emeritus of the American University of Afghanistan and a Past President of the Association for Canadian Studies in the United States.

Kenneth Holland specialises in establishing the rule of law in developing countries and the legal foundations of the global trading system.