Sign up for our free publication
Education & Training
The Department of Civil Engineering at the National Institute of Technology, Gunma recently published a survey showing that their female graduates are less likely to progress in civil engineering careers than their male counterparts. Ritsuo Sakimura, a professor at the college, wanted to tackle this problem head-on. By collaborating with a female graduate who had found employment at a surveying firm, the graduate was able to work on a project developing a surveying device using GPS technology. Her experience of recurrent education allowed her to find a job in another city.

At the Department of Civil Engineering at the National Institute of Technology in Maebashi, Gunma, Japan, there is a stubborn and troubling diversity problem regarding the employment status of their graduates.

A survey of hundreds of civil engineering graduates from the institute reveals that, whilst male graduates almost always hold a job twenty years after graduating, almost a third of female graduates do not. What’s more, most male graduates retain positions at the same company they first find employment, but female graduates are more likely to leave their companies, either to change jobs or to cease working entirely.

For the female civil engineers who give up jobs, the most common reason is to manage their family life. The survey concludes that for women to succeed in civil engineering, it is necessary for them to have resources to understand how they can work alongside their family life, and that role models would be a source of inspiration for improving the prospects of these graduates.

Beginning a collaboration
When a female graduate of the technical college approached the civil engineering department hoping to learn new skills to progress her career, the college recognised the importance of this opportunity, not just for her development, but also to study how additional education can benefit women in civil engineering jobs.

Ritsuo Sakimura, a professor at the Department of Civil Engineering at the National Institute of Technology, Gunma, began working with the graduate to create a scheme of ‘recurrent education’. Recurrent education is the idea that access to education should be provided to people throughout their lifetime, including whilst they are working; it is a philosophy which promotes life-long learning. By providing and studying recurrent education, Sakimura hopes to reduce the current one-third of female civil engineering graduates who don’t hold a job later in life, so that they can contribute their technical engineering ability back to society. He also hopes that continuing the education of female graduates will allow them to progress within companies, reducing the number who leave.

Sakimura hopes to reduce the number
of female civil engineering graduates who don’t hold a job later in life.

Area of research
An important aspect of this scheme would be to identify how the education would enhance the female graduate’s career prospects within the company. As a result, it was important to choose an area which was related to her current role so that she could learn alongside her job, but also one which would teach her skills to allow her to progress in the organisation. The graduate had been working for three years since graduating at a civil engineering company specialising in surveying.

Based on these considerations, it was agreed that she would begin working on the development of a measurement device for civil surveying. This project would involve developing software to use alongside existing hardware: single-frequency GNSS systems. Global Navigation Satellite System or ‘GNSS’ is the same technology which is used in GPS devices – it uses satellites to determine the position and speed of an object.

Using Raspberry Pi to run software written in Python, the graduate began developing a GNSS measuring system. The brief was to create a device which could automatically and regularly update GNSS data, display it on a screen, and have a button to take a recording of the data.

One year down the line, she had a device she could test. To test the device, the researchers went to an athletics track and took measurements at 30 metre intervals around it. Having collected ten points around the track, they plotted the recorded data onto an aerial map of the field from Google Earth, and found that the plots sat exactly on the track. With a small amount of debugging to tease out some problems, the graduate had created a functioning device. The graduate had enjoyed the experience, noting that programming is interesting, and suited her character.

The next step was user-testing. User verification was necessary to check that the device would be up to the task in out in the environment it was designed for. The team approached a field representative on a job surveying a river due for excavation. The company was trying to estimate the volume of sand before excavation. The graduate explained to the field representative how the device worked – a simple task given the expertise of the graduate as both a user and a developer. Being granted authority to use the device, they went ahead, and the device worked with only minor problems. Sakimura notes that when issues did arise with the device, she was quickly able to identify their causes in the Python code, making the debugging process very easy.

Once the problems had been rectified, the next step of the recurrent education scheme involved the graduate writing and submitting a paper on the device, followed by presentation sessions to industry experts. The graduate explained the device to a seminar organised by the Associated General Contractors of Gunma, where she acted as a lecturer and facilitator. Sakimura felt that these activities would be important to include in the programme because they would help to evaluate the device, and develop the graduate’s ability to work with design specifications in the future.

Success of the device
One company who helped to evaluate the device said that they could work more efficiently using this device than with their conventional system, and quickly began using the new device. The GNSS device has since been accepted by and sold to a surveying company. By working with the university as a software developer, the graduate was able to perform a role she couldn’t normally have had working at her company as a surveyor – to develop a system which was purchased and used by a surveying company.

The female graduate also enjoyed her programming experience – something she had not previously done. Through the education programme she was able to create a GNSS device which was fully-functional. Sakimura notes in his paper that she was a capable programmer, able to write concise and efficient code – he was not expecting her to reach the level of expertise in the amount of time.

Evaluation of the programme
So has the recurring education programme worked? The programme aimed to give this graduate a chance to develop her career, if possible by progressing within her current company.

It’s probable that the graduate wouldn’t have got this specific role if it wasn’t for the recurrent education programme.

The next step in this particular graduate’s life was to get married. As a result, she had to move cities. She wanted to keep working, and so entered a job for a new civil construction firm which specifically provides recurrent education for engineers in the construction industries.

Sakimura has a mixed conclusion. It’s probable that the graduate wouldn’t have got this specific role if it wasn’t for the recurrent education programme. However, the move did entail giving up her job at a company who provided her with the chance to undergo recurrent education in the first place. For this company, they have lost a member of staff who they had put a lot of resources into training.

Companies offering recurrent education will need to do so in the knowledge that some of their staff may take their enhanced skills elsewhere, possibly due to reasons unrelated to work.

To conclude, Sakimura notes some important factors which contributed to the success of the recurrent education programme. This graduate was particularly interested in the development process, and had a curiosity which meant she challenged herself. She had a good relationship with her colleagues and her manager at her company.

The timing – three years after graduation – seemed like a good point in a career for recurrent education. In the three years, the graduate had been able to gain a good understanding of the skills and challenges of being a surveying engineer. This benefitted her when designing the device, which had surveying engineers as its target user.

Sakimura has a hunch that three years would be a good time for recurrent education to occur in other industries too, and hopes that more research will be possible to find out if equivalent skills can be gained in the same time period.

It’s clear that this programme has been a great success in many ways, but are there any elements would you change if you were to run it again?

Sakimura, R; Han-Ya, I. (2019) A Recurrent Education for a Graduate from the Technical College through a Collaborative Research. 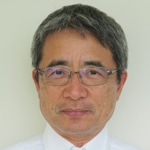 Dr Ritsuo Sakimura has held the position of Professor at the Department of Civil Engineering, National Institute of Technology, Gunma College since 2016. Prior to that he was Director at TOPCON Corporation.