Arts & Humanities
Prof Luis Camarero and Prof Jesús Oliva have conducted several research projects on the demographic and socioeconomic transformations of southern European rural areas. Here, we take a closer look at the idea of the ‘rural gap’, seen as a cumulative effect of different socio-economic processes and regional disparities. The researchers examine demographic aspects of a widening rural gap, also linking it to the question of civic participation and social capital.

The economic crisis in southern and Mediterranean Europe has had a negative impact on the welfare provision in many rural regions, contributing to the widening of the so-called rural gap. Prof Luis Camarero, at the National Distance Education University in Madrid, and Prof Jesús Oliva, at the i-Communitas Institute for Advanced Social Research in Navarre, Spain, understand the rural gap as a type of social inequality which is embedded within the fabric of society. They consider the rural gap as something dynamic and contextually reconfigured in time and space. Their research investigates the effect of policies dealing with rural depopulation on the rural gap in the context of the economic crisis in Spain. To this end, the researchers examine the rural gap as a source of citizen inequality by focusing on four concatenated issues: habitat structure, demographic imbalances, accessibility, and mobility transition.

Depopulation and demographics
In the case of the Iberian Peninsula, during the last decades of the 20th century, a territorial concentration of the population has been observed in large urban areas as well as coastal regions. Continuous migration of young people – particularly young women – is eroding the demographic potential of rural areas. This has led to the depopulation of inland regions, with youth, women, qualified groups, and families with children migrating.

Rural development policies aim to slow depopulation, organise the social agents in the territories and revitalise local economies. However, after the crisis, many territories have not managed to consolidate clear futures for the young. Almost half of the Spanish municipalities are threatened by depopulation, and even some inland regional towns have been losing inhabitants and show an outward migration of young, trained people; this is connected to the lack of investments in services and infrastructures (Collantes & Pinilla, 2011). Many of these territories accumulate unemployment and under-employment problems, as well as social decapitalisation.

The rural gap turns many people into a kind of ‘second class citizens’, as its consequences amplify internal social inequalities and the exclusion of the most vulnerable groups.

The situation of depopulated areas is further exacerbated by aging and masculinisation that define rural family structures and alter relationships between generations. This phenomenon is evident in Spain and Portugal and it has become generalised in other regions of Europe, where it also reaches high rates, such as eastern regions of Germany (Weist and Leibert, 2013). Within the configuration of what has been called ‘society of aging’, the cases of very high proportions of elderly people living in rural areas in southern and Mediterranean countries are especially notable (Goll, 2010). This imbalance entails the reorganisation of relations among the generations. In this way, the changes related to the care of the elderly deeply affect the way in which families organise themselves. It is not only fertility that has been reduced; the age for commencing motherhood has also been delayed in a way that the distance between generations is now greater.

Such an increase in distance between generations can be seen as a demographic process, which facilitates different care responsibilities within families. The children will still be relatively young when their parents are aging and in turn, when they become grandparents they will also help with the upbringing of their grandchildren as they won’t have to juggle their responsibilities towards their aging parents and their grandchildren at once. These demographic changes alter the familism system of welfare characteristics of the Mediterranean societies and even the lack of development of certain social protection and social policies. This causes a vicious circle of depopulation. Where there are less inhabitants, there is a reduction of services, and more difficulties for family, which has a limited access to the services. Both situations generate even greater depopulation.

Depopulation and accessibility
As mentioned earlier, depopulation leads to a scarce access to different services. This has been exacerbated by austerity policies. As a result, the public and private rural services networks – such as postal offices, banks, public transport and social services – have been largely reduced. In rural areas, there is not only a greater demand for mobility due to the greater distance between places and habitat dispersion, but also due to a significant lack of public transport. Only a third of rural households use public transport. Throughout the 20th century, different generations of rural modernisation policies aimed at integrating these regions into national economies through the creation of connection infrastructures (roads, telephony, trains, bus lines). However, the criticism of the welfare state in favour of the rationality of the market under the neoliberal paradigm led from the 1980s onwards to the privatisation and concentration of many rural services. The difficulties for implementing efficient public transportation systems in sparsely populated areas and its gradual erosion because of the rationalisation of rural services have made the car a main, and frequently exclusive, resource to achieve accessibility.

This, however, also has become the principal factor in the erosion of public transport, while car dependence creates new forms of exclusion and social inequality. The requirements for the use of a car, such as driver’s license, vehicle ownership, maintenance costs and skills and capacities aggravate the existing inequalities between rural and urban areas. The rural gap turns many people into a kind of ‘second class citizens’, as its consequences amplify internal social inequalities and the exclusion of the most vulnerable groups. As pointed out by Woods, “many of the services that are most distant from the majority of rural communities – including hospitals, job-centers and benefit offices – are those whose users are least likely to have access to their own private transport” (2005, p. 104). As a result, some groups become dependent and vulnerable because of the lack of autonomy, and still other face serious risks of discrimination because of the strong interconnections between physical mobility and social mobility in modern society. Spatial movement can be indeed seen as a vehicle for transformation and when it is constrained, people’s options to realise certain projects and plans are limited. From this perspective, they are sedentary in place, which curtails their life choices/perspectives.

One of the ways to tackle these social inequalities resulting from the rural gap is the regulation of the accessibility transition as a public common.

While the depopulation of inland areas of Spain leads to erosion of welfare services, it has other social repercussions. In practice, it means a weak construction of citizenship in the small towns and regions because the territorial balance and the regular maintenance of the population in the territory is a condition of social cohesion. There is visible loss of social capital, which means that networks of relationships among people who live and work in a particular area are weakening, and this leads to further marginalisation of rural areas (Li, Westlund and Liu, 2019). Because a sense of collective belonging is lost, people’s civic identities are fragile. This can contribute to the increased feelings of social isolation among the rural communities.

What are the solutions?
As a result, while there is a principle of basic equality across all kind of regions, rural and urban, and the idea is that all political rights acquired as citizens are universal, in practice they are contingent on the region, as they become both exercised and enacted upon registration in a place.

Not all territories and places have the same capabilities or offer the same resources for equal problems. One of the ways to tackle these social inequalities resulting from the rural gap, as researchers suggest, can be provided by means of technological improvements. For example, easy high-speed internet access improves the local attractiveness and new forms of mobility (as a service, on-demand, shared), thereby increasing the quality of rural life. However, a socio-technical configuration of different maps of accessibilities and provision of services may give rise to smart or lagging regions, but also shrinking territories, a special typology of poverty. Because of the crucial role that accessibility and mobility play in the modern life, the researchers suggest that these transitions should be regulated as a public common, a common good, as well as adequately governed, incorporating the right to mobility as a pillar of social justice.

Our research was inspired by the observation that the cumulative effect of demographic, economic, geographic and accessibility issues resulted in vicious cycles of decline in many rural areas. This became much more evident after the crisis. We thought it was necessary to look more closely into the interrelated causes and effects of these processes. The rural-urban gap is a global phenomenon repeated with slight variations in different cultural and social contexts. For this reason, it would need to be theorised from a more sociological perspective than an economic development view.

Could you give an example of a specific intervention on a policy level based on your research to tackle the rural gap?

Sectoral policies and regional strategies have long been developed in different countries, such as non-conventional transport systems – local social buses and car sharing, on-demand transport, buses for easy-to-access medical services to people in rural areas; mobile banking services – and policies to avoid youth decapitalisation. However, sectoral policies fail to address the rural gap as a whole and we need to consider the issue from a broader approach, such as rural proofing. 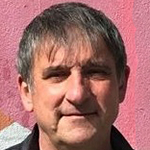 Luis Camarero is Professor of Sociology and Head of the Theory, Methodology and Social Change Department (National Distance Education University. Madrid). He has conducted several research projects on the demographic and socioeconomic transformations of southern European rural areas. He is author of several books and articles focusing on social sustainability in rural areas and on the new social inequalities related both to gender issues and mobility. 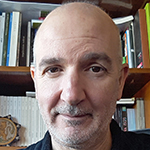 Jesús Oliva is Professor of Sociology at the i-Communitas Institute for Advanced Social Research (Public University of Navarre, Spain). He is member of the Research and Study Group Southern and Mediterranean Europe (European Society for Rural Sociology) and his research focuses on urbanism and planning, regional development, and mobility.

Prof Camarero and Prof Oliva study the challenges faced by rural areas, with a focus on mobility and social inequalities.