Thought Leaders
Planetary science is the scientific study of how planetary systems are formed and how their components (planets, moons and gas systems) interact with one another. Planetary science can help us answer scientific and philosophical questions such as how our Solar System came into being, where life came from, and what are the necessary conditions for life to exist elsewhere. A unified society of astronomers will be vital in our attempts to answer questions such as these.

The Europlanet Society is a membership organisation which promotes the active advancement of planetary science in Europe. Its mission is to foster an inclusive community of professional and amateur astronomers, policymakers, educators and members of the general public to expand and support a diverse research body of planetary scientists.

The Society organises the annual European Planetary Science Congress (the largest planetary science meeting in Europe) as well as co-ordinating several scientific, outreach and educational events throughout the year across Europe.

We talked with Anita Heward, Secretary of the Europlanet Society Executive Board, to find out more.

The “Europlanet” brand actually dates back to the early 2000s and was the brainchild of a group of scientists involved in the Cassini-Huygens mission to Saturn, which was a collaboration the European Space Agency (ESA), NASA and the Italian Space Agency (ASI). Cassini-Huygens demonstrated just how many planetary science research groups there were in Europe, but also just how fragmented the European planetary science community was at the time, with limited collaboration across national borders.

In 2005, the European Planetology Network (EuroPlaNet) was launched with the support of two million euros funding from the European Commission. Europlanet enabled planetary scientists across Europe to start to build a community through networking activities, and through online data and resource sharing. Most importantly, it set up an annual conference, the European Planetary Science Congress (EPSC), to provide a regular opportunity for the European planetary community to meet, showcase results and build strong links between attendees. EPSC now regularly attracts approximately 1000 participants from Europe and around the world.

In 2009, Europlanet began development of a Research Infrastructure (RI) to support planetary science by providing access to laboratories and field sites that simulate planetary environments and facilities for analysing planetary samples.

The Europlanet Society, which is open to individual and organisational members, provides a permanent organisation to maintain these activities in the long-term and to support the planetary community in Europe.

How did you personally become involved in the society? Tell us a bit about your career background.
I attended Europlanet’s first outreach workshop in early 2006 and began an ongoing involvement with the project when I set up the press office for the very first EPSC in Berlin in 2006. As Europlanet has evolved and expanded, I have overseen the development of outreach, media and policy activities.

I have a degree in physics and space science and a Master’s in Earth observation science but have spent my professional life working in science communication. Since 2001, I have been a freelance consultant and have worked for various organisations involved in space and astronomy, including the Science and Technology Facilities Council (STFC) and the Royal Astronomical Society.

What are the aims and objectives of the society?
The Europlanet Society was founded to promote planetary science in Europe. Our aims are to expand and support a diverse and inclusive planetary community across Europe, to build the profile of our sector through outreach, education and policy activities, and to underpin the role Europe plays in planetary science through developing links at a national and international level.

The exploration of our Solar System and beyond is one of humanity’s greatest scientific and technological achievements.

How do members benefit from being part of the society?
By joining the Europlanet Society, our members are helping us to support planetary science in Europe. Members have direct benefits, such as reduced fees for Europlanet meetings including EPSC, access to newsletters, networking events, training and information about funding opportunities. The Society aims to foster collaborative research by providing a platform for members to find potential partners to form consortia for funding bids.

Members also have the opportunity to play an active role in helping us shape planetary science in the future. There are lots of ways that all our members can contribute: through our ten regional hubs, which support communities at a national and regional level; through our Early Career network, EPEC, which has a very active programme including an “Annual Week” every spring; and through our Industry and Outreach Working Groups.

In September 2019, we held our first elections for the Europlanet Society Executive Board. The Board oversees the governance of the Society and ensures that any funds raised by the Society through fees or through EPSC are invested back into the community via bursaries, grants and support for members’ activities and events.

The Europlanet Society has made a commitment to promote equality and diversity in science. Why is this important to you and what is the society specifically doing to promote these values?
The Europlanet Society is committed to building a diverse, inclusive planetary science community in Europe. The Diversity Committee (set up in 2018) is a strategic task force to advise, coordinate and champion activities to further this commitment to equality, diversity and inclusivity (EDI). The Europlanet Diversity Committee reviews all policies, roadmaps, access models and business plans developed through the Europlanet Society and Research Infrastructure to ensure that EDI is embedded in decision making.

Geographical inclusion is another important issue for the Europlanet Society. Bosnia-Hercegovina, Bulgaria, Croatia, Czech Republic, Estonia, Greece, Hungary, Latvia, Lithuania, Poland, Portugal, Romania, Serbia, Slovakia and Slovenia represent around 25% of the EU’s population, yet researchers from these Under-Represented States (URS) make up only around 6-8% of Europe’s planetary science community. This under-representation is a significant problem that inhibits Europe’s capacity to drive economic growth, secure its competitiveness on the world stage and develop the European Research Area. Addressing this issue was the main driver in establishing our ten Regional Hubs and initiating measures to widen participation from URS countries.

How and why does the society engage policy-makers?
The Europlanet Society supports evidence-based policymaking by ensuring that policymakers are well informed and engaged with the scientific, industrial and socio-economic impacts of planetary science. We also ensure the planetary science community is aware of political developments and takes an active role in engaging with policymakers. Successive Europlanet projects funded by the European Commission under Framework 7 and Horizon 2020 have organised regular events within the European Parliament, as well as a programme of individual briefings with the Committee for Industry, Research and Energy in the European Parliament.

What are the Europlanet Society’s outreach objectives and why is this such a critical part of what the society do?
A report in Nature Astronomy last year (Entradas et al, 2018) showed that astronomers are particularly active in outreach. Planetary science is a topic with enormous possibilities for engaging the public with science, technology, engineering and mathematics (STEM) and inspiring the next generation of scientists and engineers. The outreach objectives of the Europlanet Society are to support our community to do more public engagement activities and to share best practice, training and resources so that we can increase the impact of those efforts.

Why do you think planetary science is important to people today? Why is it important that planetary research is continued to be invested in?
The exploration of our Solar System and beyond is one of humanity’s greatest scientific and technological achievements. For more than 400 years, European astronomers have been at the forefront of research and technology development to understand the diverse worlds that orbit our Sun and other stars.

Planetary bodies with a strong astrobiological potential can teach us about the emergence of life on our own planet.

Planetary bodies with strong astrobiological potential, like Titan, Enceladus and Europa, can teach us about the emergence of life on our own planet and beyond. The question of habitability is central not only to current planetary studies but to ensure that our planet remains conducive to life and to the possibility of humans living beyond Earth.

Our understanding of Earth’s changing climate can also be informed by studying the evolution and drivers of the radically different climates of our planetary neighbours, Venus and Mars. And the Solar System is not a static place – planetary research can protect us from threats to our infrastructure from space weather or from the potential hazards of impacts.

Can you tell us a bit about Europlanet’s 2024 Research Infrastructure project?
In 2009, Europlanet launched a distributed Research Infrastructure (RI) to support planetary research in Europe by providing access to scientific facilities, data and services. The RI draws on state-of-the-art facilities and field sites in countries across Europe and the world to provide planetary researchers with the best simulation and analytical environments for planetary studies.

To date, Europlanet supported over 600 researchers to spend over 2000 days visiting laboratories and field sites free of charge to carry out their research projects through the RI. We have characterised new field sites as planetary analogue sites and extended the technological capabilities of laboratory facilities to support studies related to upcoming missions.

In February, we are preparing to start a new project – the Europlanet 2024 Research Infrastructure – which will comprise the largest, most diverse collection of field sites and facilities to simulate and analyse planetary environments, and will be the only coordinated infrastructure of its kind in the world today.

What do you hope for in terms of the future of planetary science and research?
It’s an incredibly exciting time in planetary research. We have European and US missions to Mars slated for launch in 2020 that will search for signs of past life and lay the groundwork for bringing samples from Mars back to Earth for analysis. In 2022, we look forward to the launch of the JUICE mission to Jupiter’s icy moons, which appear to have oceans of liquid water beneath their surfaces.

As we start to put our own Solar System into context with the thousands of planets that we have found to date around other stars, we are having to revise all the time our understanding of how planets form and the potential conditions under which life might arise.

We hope that the Europlanet Society will support the expansion of planetary science in Europe so that an increasingly diverse community from across Europe and around the world can join this extraordinary adventure of planetary exploration.

Europlanet 2024 RI has received funding from the European Union’s Horizon 2020 research and innovation programme under grant agreement No 871149. 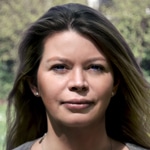