Introduction
Poor transportation systems and traffic congestion are identified as severe problems all over the world, especially in the developing countries. Afghanistan is also not an exception. Cities in such countries are mainly functionally monocentric (having one main central point), and the connection between suburbs are dependent on the central business district (CBD). This means that there are no connections between the different suburbs. Such a scenario has a number of downsides: more congestion, more travel time, higher transfers, high cost to the transport system and its users, and higher carbon emissions.

Rather than constructing new roads and other transportation facilities, which is neither cost or environmental friendly, we propose an environmental friendly solution: a functional transformation of the city structure. To make it happen, the present transportation system needs to be integrated. Instead of all the suburbs linking to the CBD, they should connect to each other. Traffic simulation generally supports the idea redesigning the transportation network. Therefore, simulation is an essential tool in modelling and planning a city-wide transformation. 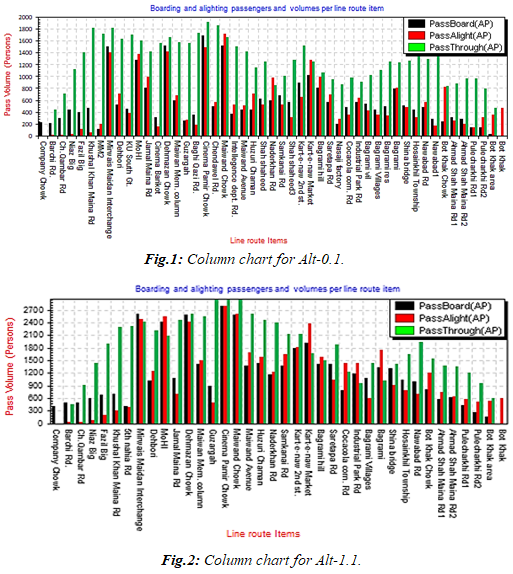 Methodology
Here, we focus on the functional transformation of integrated urban transportation; to make it happen, we must design, analyse and evaluate such a transportation system. The methodology used here is based on the main three pillars: transportation network configuration, traffic simulation, and the  evaluation of scenarios.

This stage consists of all the steps taken to design and build a heuristically concrete scenario of urban public transportation integration. The solution takes the current system’s strengths and weakness into account, and the results would inform the redesign of the proposed urban transportation system. Therefore, it needs to include the elements such as: reconfiguration of the transportation network, redefinition of the distances between stops, introducing new modes and reducing the other modes, changes of speed limits, fare structure.

Traffic simulation
With respect to the emphasis on different levels of details, the traffic simulation represented by the corresponding models was able to show all levels from macroscopic through mesoscopic to microscopic. In this study, the macro-simulation model was applied. The traffic macro-simulation software package VISUM was used to simulate the behaviour of the designed alternatives. VISUM is a computer based traffic simulator applicable to the designing and analysing the transportation projects, as well as systems and solutions that involve both collective and individual traffic flows. VISUM macro-simulation model is based on an origin destination matrix and network supply or activity chain.  To run the model, a 4-stage demand model needs to be applied. This model includes the following subsequent components that consequently address the associated questions, which are: trip generation, trip distribution, mode choice, and traffic assignment/route choice.

Evaluation and comparison of alternatives
At this stage, the proposed alternative (Alt-1) is compared with the existing public transportation system (Alt-0). Both alternatives are compared based on the parameters and characteristics generated by the VISUM such as: perceived journey time (PJT), Column Charts (boarding, alighting, and through passengers) on each particular stop, and volume of passengers on each line route. In addition, the application of traffic macro-simulation may result in the computation of other parameters, such as: improvement of the overall travel time and transfer time, improvement of waiting time.

Development and simulation of alternatives
Here the main task is the development of different alternatives for the public transport network such as: Alt-0 and Alt-1 on the basis of a predefined criteria. The criteria for defining alternatives are based on the characteristics such as: distance between stops, means of transport, and speeds. Each alternative is further divided into two sub alternatives i.e. Atl-1.1, and Alt-1.2. Both existing inner city public transportation bus routes, urban-core routes and adjustable shared taxi routes operating in the entire city were included in the model. This model was adapted to construct specific integrating transportation solutions and develop different alternatives of functional transformation in the city of Kabul analysed integrated route.

Analysis and comparison of alternatives
VISUM macro-simulation generates parameters of the network. The alternatives have been compared based on these generated parameters. All alternatives and sub alternatives were compared with respect to Total PJT, no. of passengers boarding, alighting and going through, and passenger volume improvement on each line route.

From the analysis and comparison of alternatives, finding shows the maximum number of passengers going through has increased from 1928 to 2958, TPJT of 567, and a great improvement of volume on links.

Conclusion
This paper examines the methodology of transport integration as a solution to the urban public transportation system functional transformation using VISUM macro-simulation. The author represents a comparison between morphological monocentrism and polycentrism, and functional monocentrism and polycentrism. It was cleared that morphological polycentric cities may or may not be functional polycentric. Kabul, the capital city of Afghanistan, was presented as real life scenario. The city is morphologically polycentric (having 22 districts) with a functional monocentric structure for its CBD dependent transport network. It was examined that linkage between city districts among themselves irrespective of crossing the CBD as a sustainability supported decision can transform the city to a functionally polycentric one; it was examined using transport routes integration originating from Company chowk with destination to the Bot Khak chowk.

Using a traffic simulator to transform the public transport system was last modified: May 12th, 2022

Szarata, A, (2008). Construction of the simulation model for Cracow. In Research Report Cracow Town Hall, Cracow.

You, Y, (2017), October. The classification of urban systems: a review from monocentric to polycentric. In 2nd International Symposium on Business Corporation and Development in South-East and South Asia under B&R Initiative (ISBCD 2017) (pp. 1-4). Atlantis Press.

Bertaud, A, (2004). The spatial organization of cities: Deliberate outcome or unforeseen consequence? In Institute of Urban and Regional Development, University of California at Berkeley. 1–32 (2004).