Air pollution is caused by both human activity and natural processes, and is a leading risk factor for mortality worldwide. Air is considered polluted when it contains excessive quantities of chemicals, such as sulphur compounds, nitrogen oxides, volatile organic compounds, ozone and chlorofluorocarbons (CFCs), or particulate matter, which consists of very fine particles from mainly combustion or biological sources. Attempts are made to limit the pollutants released into the atmosphere through best practice, regulation, and policy. However air pollution still leads to millions of deaths around the world every year. According to the World Health Organization, there were 4 million premature deaths globally due to exposure to fine particles in 2016. Densely populated cities, such as Mexico City, Beijing, and Delhi often suffer from smog, which can trap residents indoors for days at a time.

Air pollution negatively affects both respiratory and cardiovascular health. It can cause breathing difficulties and major respiratory infections, exacerbate lung diseases such as asthma, and contribute to lung cancer. Pollution can also trigger cardiovascular problems such as heart attacks and strokes.

Professor James Schwab and his team at the Atmospheric Sciences Research Center of the University at Albany have been making measurements of gas and aerosol (solid particles or liquid drops within air) pollutants for many years. They combine measurements taken over very long-term, multiyear periods with those taken during short-term field deployments. They hope these findings will be used to aid policymakers in air pollution regulation to improve air quality for the general public.

Why long-term and short-term?
The relationships between the atmosphere and pollution are complex. Pollution levels are affected by local weather conditions as well as local and distant emission sources. The location of atmospheric monitoring must also be taken into account when researching atmospheric chemistry. On the same day, atmospheric conditions will be very different between urban and rural sites, and often change rapidly according to the weather and seasonal variations. This means that it is vital to have long term, established monitoring stations that have many years of data to monitor background trends that can be successfully compared to short term, seasonal measurements of acute pollution events.

Professor Schwab and his team maintain long-term air pollution monitoring stations at two locations: Whiteface Mountain in the Adirondack Range and Pinnacle State Park, both within New York State. They provide a continuous air quality record reaching back more than 30 years. This provides an excellent dataset for identifying whether changes in air quality management and reductions in emissions have a noticeable effect on atmospheric pollutant concentrations. To make short-term measurements of localised pollution events, the team employs a mobile laboratory. This carries specific laboratory equipment that can measure the concentration of aerosols along with various gas sensors.

Whiteface Mountain measurements
Whiteface Mountain is an ideal location for long-term air quality measurements in New York State. Urban locations and seashores often vary rapidly in atmospheric pollutants over short timescales due to changing sea breezes and human activity. Mountainous regions are more isolated and some of the best spots for long-term monitoring of atmospheric chemistry. They provide a historical record of background levels for pollutants and enable researchers to see the effects of distant emission sources. The monitoring station on Whiteface Mountain is also frequently at cloud level, allowing the team to study the relationships between cloud water, precipitation, and atmospheric pollutants.

Long-term monitoring stations are designed to gather information about the weather along with atmospheric pollutants. Professor Schwab and his team collect information about temperature and precipitation, as well as data about clouds and aerosols. The Whiteface monitoring station makes year-round observations of ozone, carbon monoxide, sulphur dioxide and nitrogen oxides pollution. Sulphur and nitrogen oxides can acidify water vapour if present in high concentrations. The station also monitors particulate matter by measuring the Total Suspended Particle load from air samples. This has been measured since 1975, and has provided key information on the reduction of sulphate as sulphur dioxide gas has reduced. It has also shown a direct link between water acidity and the concentration of sulphur dioxide from regional emissions.

Processing pollutants in clouds
Clouds are a unique environment as they are home to simultaneous water vapour and liquid water, driving chemical reactions which affect the local environment. Clouds are also vital within the climate system, controlling how much of the Sun’s radiation might reach the Earth’s surface, which in turn affects Earth’s ecosystems all the way to the ground level. Scientists are still learning about the complex interactions within clouds and how they interact with aerosol chemistry, but mountainous monitoring stations such as Whiteface Mountain are key to understanding these processes.

Cloud formation relies on the presence of some particulate matter. Aerosols form the nuclei for cloud droplets, which in turn can dissolve other organic compounds. These undergo further chemical reactions to produce larger, more complex aerosols. When the cloud droplet evaporates, these aerosols remain, affecting human health and the local environment.

By modelling cloud processes,
scientists can understand how the nature of atmospheric pollutants can change as the cloud environment drives chemical reactions.

The team used a mobile laboratory on Whiteface Mountain for short-term monitoring of the physical and chemical properties of the clouds to try to understand this contribution to particle composition during a one-week period in 2017. They compared the mobile laboratory data with the extensive data record from the Whiteface Mountain to show the conditions at this time were typical for the area. The information gathered from the study concerning the role of aerosols has been used to improve the models used to simulate cloud processes in this area of the U.S.A. By modelling cloud processes, scientists can understand how the nature of atmospheric pollutants can change as the cloud environment drives chemical reactions.

The troposphere is the lowest section of the atmosphere, extending from the ground for up to 10 kilometres. Ozone is a strong oxidiser and when inhaled in high concentrations causes breathing difficulties and lung damage. It is often the key component of photochemical smog, a haze that is a major threat to human health. Ozone is formed when nitrogen oxides and organic compounds react with sunlight. This means ozone formation is quite weather dependent, favouring days with low wind speeds and high temperatures.

Professor Schwab and his colleagues have also been involved in investigating ozone formation around New York City. The team has been part of a multi-agency collaboration using the mobile laboratory along with fixed point measurements and satellite data to measure ozone levels, nitrogen oxides and aerosol concentrations within the metropolitan city area and downwind locations during summertime. The ozone circulation is further complicated here by sea breezes, and the ozone levels frequently rise above those deemed as safe by the National Ambient Air Quality Standard. The team discovered that the ozone in the area is produced from a variety of sources, including from nitrogen oxide emitted by highway traffic from New York and blown downwind, and from gaseous compounds and aerosols from wildfire smoke originating much further afield in the western United States and Canada.
Complexities of atmospheric pollution

Monitoring air pollution is not a simple task. Air quality results from a complex interaction of precursor pollutant compounds, emission sources, changes in weather, seasonality and location, making air pollution challenging to understand and model. Maintaining long-term high-quality monitoring stations for sampling the atmosphere is vital for gathering enough information about the background levels to aid with policy development. It is the combination of long-term and short-term measurements that can then enable a deeper level of understanding of acute or seasonal pollution issues. Air pollution regulation depends upon accurate measurements and a clear understanding of how previous policies have affected air pollution levels. Only then can policymakers decide on the best course of action for the future. 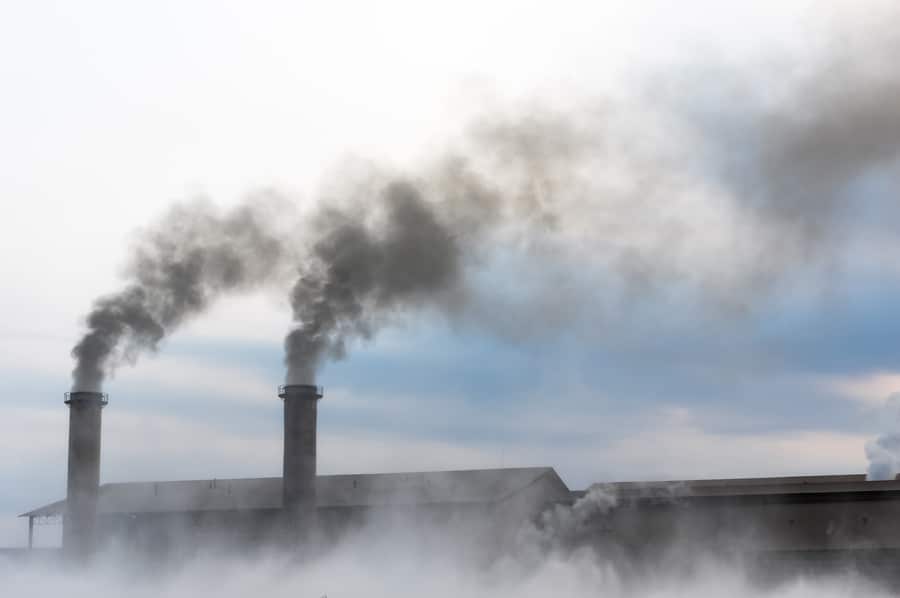 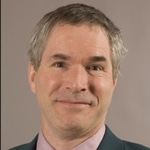 Prof James Schwab received his PhD from Harvard University and currently works at the Atmospheric Sciences Research Center, State University of New York at Albany. His research is in the field of Atmospheric Chemistry and Air Quality Measurements including the elucidation of sources and atmospheric processing of air pollutant species.

Professor Schwab’s research is focused on the role of air pollution measurements in the process of air quality management, and aims to help guide policy and practice. 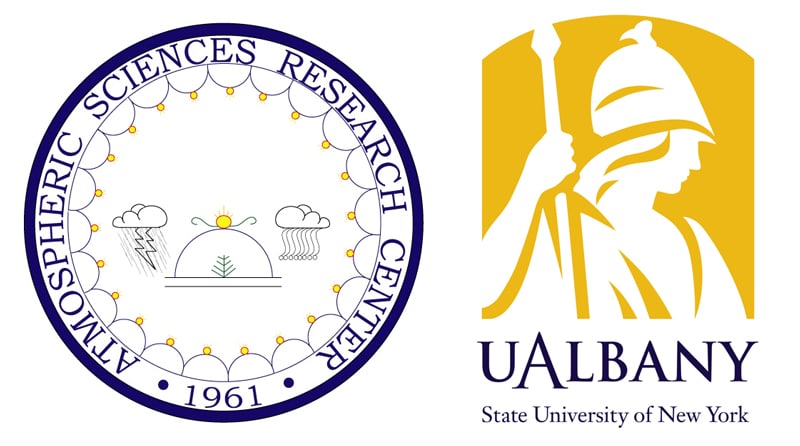