Engineering & Technology
In under two decades, the techniques used to image, classify and diagnose breast cancer have significantly improved with the help of rapidly advancing computer-based digital image processing and machine learning technologies. Since the early days of developing Computer-Aided Diagnosis technology in the 1990s, Professor Bin Zheng at the University of Pittsburgh and then the University of Oklahoma has dedicated his research to assess its capabilities. His work has allowed for advances ranging from confirmations of the success of some of the first detections of cancer from digitised mammograms to the use of MRI in assessing the responses of breast tumours to chemotherapy.

Since the late 1990s, Computer-Aided Detection and/or Diagnosis (CAD) has become an indispensable tool for clinicians as they attempt to identify and diagnose cancer in their patients. Through processing and analysing medical images taken through methods including X-ray and MRI scans, CAD is now capable of identifying and quantifying the image patterns that highly associate with cancer risk, characteristics and prognosis; more effectively than the human eye in many cases. Breast cancer is one area where CAD has become particularly important; in recent years, the technology has made it far easier to identify dangerous growths from digital mammograms and MRI scans. Since its emergence, Professor Zheng and his colleagues have been at the forefront of assessing the capabilities of CAD mammography.

The Potential of Computer-Aided Detection and Diagnosis (CAD)
In the past, doctors (in particular radiologists) have faced many difficulties in reading and interpreting mammograms to detect suspicious breast lesions, and to classify the difference between malignant and benign lesions, simply through their trained intuition. When it first emerged in the 1990s, CAD showed the promising potential to provide radiologists with useful decision-making supporting tools to reduce errors in cancer detection and diagnosis, but it was far from certain whether the technology would be able to help radiologists more accurately identify cancers (or distinguish between malignant and benign lesions).

In his research, Professor Zheng has strived to develop new ways to assess how effectively CAD can be used to diagnose and treat instances of breast cancer. Through rigorous testing involving the mammograms of real breast cancer patients, his work has provided crucial assessments of where CAD technologies are working, and has identified areas where they need to be improved. In earlier studies, this involved evaluating the performance of CAD in identifying breast cancer from mammograms taken by rapidly-improving imaging techniques. Based on this earlier work, Professor Zheng is now working towards assessing the abilities of CAD to image quantitative cancer image markers. Imaging these markers would allow radiologists both to predict short-term breast cancer risk for improving the efficacy of cancer screening, and to assess cancer prognosis; improving the efficacy of cancer treatment.

Assessing limitation of early CAD
Professor Zheng and his colleagues carried out their first significant study in 2001 [1], as CAD was emerging as an important new diagnostic tool. In the study, the researchers investigated the potential clinical utility of using CAD to help improve radiologists’ performance in detecting breast cancer through mammograms. To do this, the team carried out a multi-mode based observer performance study involving screening mammograms acquired from 209 women. While some of these patients had tested positive for breast cancer according to several reputable radiologists, the rest were confirmed to be cancer-free. For each screening, Professor Zheng’s team programmed the CAD scheme to four different levels of detection sensitivity and specificity (or false-positive rates) in detecting breast lesions, which were represented by both soft tissue masses and micro-calcification clusters. Afterwards, eight radiologists independently read and interpreted this set of mammograms five times; first without using CAD, and then using CAD at four different performance levels. The researchers then quantified the rates of correct diagnoses through comparisons with the radiologists’ conclusions in five reading modes.

Professor Zheng hopes that clinicians will soon be able to use CAD-generated markers to predict the risk of breast cancer in individual patients.

The team found that when using high-performance CAD schemes with both high sensitivity and low false-positive rates, the radiologists’ performance in detecting breast cancer from screening mammograms was significantly improved. At the same time, using CAD with lower performance levels, including either low sensitivity or higher false-positive rates, actually reduced radiologists’ performance. This laboratory study based finding was appraised by an editorial article of an expert in mammography [2], and has later been confirmed by a number of clinical studies (e.g., [3]). Thus, Professor Zheng’s study revealed the importance of reducing false-positive rates when CAD is used in clinical practice.

Adapting to advancing CAD technology
This finding promoted great research interest to explore and develop new technologies and approaches in the CAD research field. For example, Professor Zheng and his collaborators have not only converted the CAD scheme from the previous screen-film based digitized mammograms to full-field digital mammograms (FFDM) [4]. The team has also been working towards developing and evaluating a number of novel approaches, which include but are not limited to multi-image based CAD schemes [5] and adaptive CAD cueing methods [6].
First, in developing a multi-view CAD scheme, the team proposed and applied a new narrow matching strip method, which significantly improved accuracy when matching two suspicious lesions detected in two view mammograms. As a result, the new CAD scheme enables radiologists to detect more lesions on two views, without increasing false-positive rates [5]. Second, the team developed a new case-based CAD scheme to predict the risk of a given case being positive for cancer, then fusing the case-based risk score with the conventional region (or lesion) based score. This technique produced a new CAD cueing method, namely, an adaptive cueing method, to help detect more difficult or subtle cancers without increasing overall false-positive rate [6].

Recently, Professor Zheng and his team identified and investigated a new short-term breast cancer risk factor, or prediction model, based on the quantitative analysis of bilateral mammographic density and tissue asymmetry. Several studies (i.e., [8]), have demonstrated that using this new model had the potential to increase discriminatory power to predict short-term breast cancer risk, and thus, to help improve the efficacy of mammography screening.

Transition to a new imaging modality
Recently, contrast-enhanced digital mammograms (CEDM) have emerged as a promising new imaging modality in breast cancer imaging. The technique takes advantage of both DDDM, which provides high spatial resolution, and breast magnetic resonance imaging (MRI), which provides physiologically functional information with significantly fast scanning and low cost. However, the possibility of developing CAD schemes of CEDM to assist radiologists in more accurately diagnosing suspicious lesions has not been investigated before.

Professor Zheng and his collaborators in Mayor Clinic Arizona and Arizona State University have been working to develop new CAD schemes of CEDM. The work reported in the ABME paper [9] presents the first fully-automated CAD scheme of CEDM to classify between malignant and benign breast lesions. The study results showed, firstly, that the segmentation of lesions from dual energy subtraction (DES) images was much easier and more accurate if lesions are enhanced. Secondly, however, DES lost lesion density heterogeneity information, which may be a disadvantage Finally, CAD yielded a significantly improved performance by mapping better lesion segmentation results from DES images to low-energy FFDM images. If the results can be further validated in future large-scale studies, using CEDM and CAD will play an important role in reducing unnecessary biopsies in future breast cancer diagnoses.

Generating new CAD-based image markers
Currently, Professor Zheng and a team of researchers are developing CAD of breast MR images, aiming to identify new image markers for assessing the response of breast lesions to neoadjuvant chemotherapy. For example, in a 2016 study, Professor Zheng and his colleagues used CAD to assess MR images of 151 women undergoing neoadjuvant chemotherapy for breast cancer; some of whom showed a complete response to the treatment, and others displaying only a partial response. This time, CAD generated image markers by checking for bilateral asymmetry of dynamic contrast enhancement signals between the left and right breasts of each patient. These markers were computed, and then selected to build a multi-feature, fusion-based machine learning model to distinguish between complete and partial responses to neoadjuvant chemotherapy, using MRI acquired pre-therapy [10].

Professor Zheng’s study revealed that even in the first years of its development, CAD already showed significant potential to improve rates of a successful breast cancer diagnosis.

The study demonstrated that even with a large number of MR images, CAD remained a reliable technique not only in identifying time-varying cancers from the images, but also for classifying between different responses of breast cancers to chemotherapy. This result reveals a promising potential for CAD to be used to generate quantitative cancer image markers in patients undergoing chemotherapy. With the insights provided by this latest development, Professor Zheng hopes that clinicians will soon be able to use CAD-generated markers to predict the risk of breast cancer in individual patients, to classify between malignant and benign tumours, and to assess patient responses to chemotherapy more effectively than ever before.

What are your future plans for research in this area?
<> Developing novel quantitative image markers using CAD technology has demonstrated its potential to help clinicians (i.e., radiologists, pathologists, oncologists and surgeons) make more accurate and consistent decision in cancer diagnosis and treatment. Thus, Professor Zheng and his research team will continue their research effort to explore and identify new image features from different imaging modalities, as well as develop and test new machine learning models that can optimally fuse multiple images features to produce new image markers that can achieve higher discriminatory power in prediction of cancer risk, diagnosis of suspicious lesions, and assessment of cancer prognosis and treatment efficacy.

Assessing performances of Computer-Aided Diagnosis of breast cancer was last modified: May 22nd, 2019 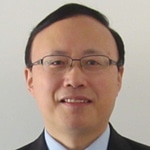 Bin Zheng received PhD from the University of Delaware. Currently, he is a professor of Electrical and Computer Engineering and Oklahoma TSET cancer research scholar at the University of Oklahoma. His research interest is to develop and evaluate novel medical imaging informatics tools for disease risk prediction, early detection and prognosis assessment. 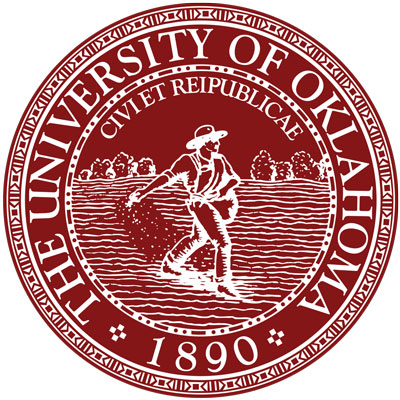