Biology
What causes ageing? Is it inevitable? Could it be slowed or even reversed? Humans have wanted to know the answer to these questions ever since we became aware of our own mortality. Despite the tremendous advances that have been made in our scientific understanding over the past century, ageing remains one of the greatest mysteries in biological science. But scientists, like Dr Nan-ping Weng of the National Institutes of Health, are slowly uncovering its secrets.

Dr Nan-ping Weng thinks the best experimental approach to study human ageing is through a longitudinal approach. A ‘cross-sectional’ approach comparing groups of young individuals to older groups is commonly used and yielded rich information regarding the difference between the young and old groups. But this approach has issues, according to Weng: “Substantial differences in environmental experiences exist between young and old subjects, it is sometimes difficult to distinguish those true biological changes with age, from different life experiences”. With this in mind, he utilises an approach that tracks the changes that occur to people over time. These follow-ups can come after 5 years, 10 years, 20 years, or even lifetime long. Although more time-consuming and expensive than the cross-sectional approach, so-called longitudinal studies allow researchers to minimise the variables that might otherwise confuse their conclusions. 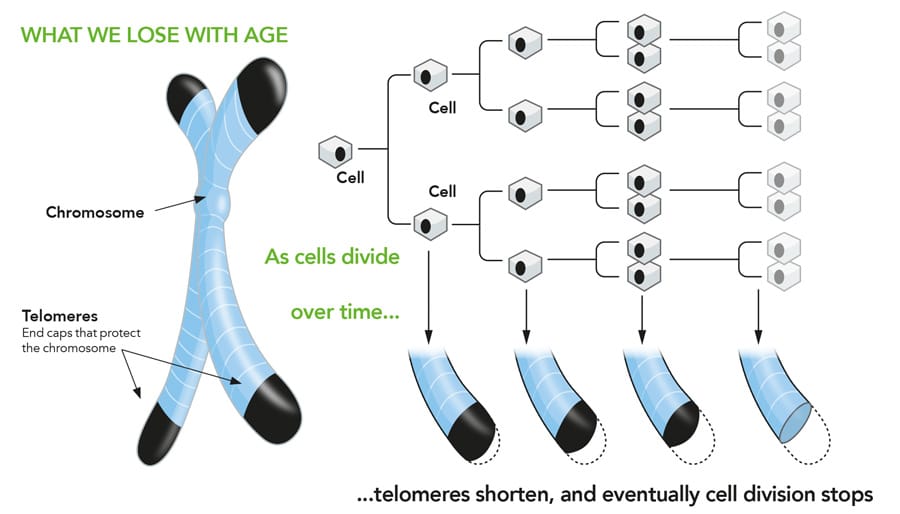 Immune system decline
It is well known that as people age, they become more susceptible to infection and other diseases as well, it is one of the reasons we vaccinate the elderly to influenza. In his longitudinal studies of ageing, Dr Weng is trying to understand what changes in the immune system as people age, and how this impacts their susceptibility to disease.
In Dr Weng’s group’s 2016 study published in Immunity & Ageing, Dr Weng wanted to understand two things. Firstly, was there a change in the different types of immune cells in individuals as they age and, secondly, could a pattern be determined by comparing individuals?

To do this, they looked at four different types of immune cells: B cells (cells that produce antibodies to fight infection, Natural killer (NK) cells (part of the inbuilt or ‘innate’ system which seek out and kill infected cells and two types of T cells (part of the immune system that can adapt following infection. T cells come in two flavours, CD4+ cells secrete signals to aid other immune cells in the fight, and CD8+, which, like NK cells, seek out and kill infected cells specifically. These cells are known collectively as lymphocytes. 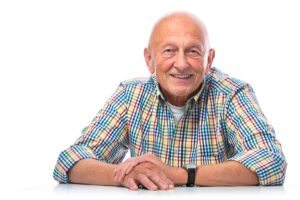 Dr Weng and colleagues tracked the changes to immune cell numbers in 165 subjects aged from 24 to 90 years old. The results showed that a large degree of variability from person to person. Some showed a decline, some no change and some had an increase.

To try and understand this further, the group looked to see if the rate of change varied as people got older. They were interested to see that the rate of change stayed quite consistent over time. This means that although two people could display very different changes to their immune system as they age, their individual pattern of change did not seem to vary over time.

Interestingly, different immune cells seem to vary to different extents. Most variable were CD4+ T cells, followed by: NK cells, CD8+ T cells and B cells. The group wondered if these differences might be due to infection with viruses such as cytomegalovirus (CMV), but this proved not to be the case. However, they did find that levels of T cells correlated with levels of the cytokine (a soluble signal that controls immune function) IL-15, which is known to cause these cells to expand in number. Similarly, the number of B cells was found to correlate with signal TNF-RI, which causes a similar expansion in these cells. Therefore, differences in the levels of these soluble signals may have produced this variability.

Humans have wanted to know the answer to these questions ever since we became aware of our own mortality.

Each time a cell divides in two, the cell needs to make an identical duplicate of its DNA (the template that instructs a cell how to function) so that each daughter cell receives a copy. On the end of each DNA strand is a sequence called a telomere. Each time the cell divides, the telomere shortens until eventually, it becomes so short that the cell can no longer divide. Why the DNA is capped with these telomere sequences is not known for sure, but some have put forward the idea that they may act as a safety mechanism to prevent cells from dividing out of control, which could lead to cancer.

In order to fulfil their function, the lymphocytes of the immune system are required to divide many times. This has led scientists to wonder if they could be susceptible to telomere shortening. To address this question Dr Weng published two studies in the journal Clinical Science (2015) and Frontiers of Immunology (2017) that aimed to track the length of immune cell telomeres as people age.

The first study was performed in 216 people aged between 20-90 years of age over a period at 0, 5, and 12 years, and the second study was performed in 465 people between 21-88 years over a period of 13 years. Examining a pool of immune cells that includes T, B and NK cells, the group found that telomere length decreased as the participants aged. Interestingly, the rate of change among T cells, B cells and monocytes varied, which may be a result of the different functions they fulfil.

Despite the telomere shortening with each division, cells do have a tool they can use to lengthen their telomeres once more: an enzyme (protein catalyst) known as telomerase. The levels of this enzyme are usually tightly controlled, probably due to the risk of cancer. The study found that a substantial amount of the variation seen in T cell telomere length could be accounted for by different levels of telomerase activity in cells, in combination with other factors including the number of immature T cells and physiological features such as blood glucose level. 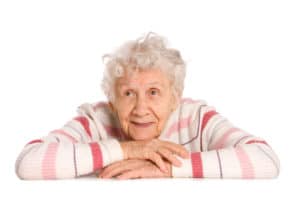 Notable was the fact that, as with the group’s 2017 study, the differences observed varied substantially between participants. Most noticeably, age-related trajectories of telomere attrition, elevated circulating inflammatory cytokines, and anti-CMV IgG are independent, and that ageing individuals do not show a uniform pattern of change in these variables (Figure 3). Highlighting the importance of studying changes in individuals, rather than averaging whole groups together.

Explaining immune system decline
If the telomere length of immune cells decreases as people age, could there be a link between the length of a person’s telomeres and the ability of their immune system to defend against infection?

To tackle this question Dr Weng and colleagues performed a study which was published in 2015 in The Journal of Infectious Diseases. In the paper, the group use a group of 22 healthy, older individuals, that had immune cells with either particularly short or long telomeres and determined the strength of their immune response to an influenza vaccine.

As the body mounts an immune response to an invading virus such as influenza, B cells produce large amounts of antibodies. Antibodies are proteins that stick to the virus, rendering it unable to infect cells. Antibodies are highly specific, so they must be generated for each new strain of influenza virus that a person encounters. As the vaccine contains an inactive influenza virus, the researchers could measure the levels of influenza antibodies produced after participants received the shot and use it to determine the strength of their immune response. Dr Weng’s group were interested to see that those with a strong antibody response to influenza infection, had longer B cell telomeres than those with a weak response. They also found that shorter telomeres in influenza-specific CD8+ T cells also positively correlated with their ability to undergo cell divisions. This raises the possibility that shortening of telomeres in immune cells could contribute to the decline in a person’s ability to fight off infection as they age.

When looking at Dr Weng’s studies, one thing becomes clear, the way in which individuals age varies greatly.

The future
The changes that occur during ageing and how these result in declining health, is an area of interest for society and scientists alike. By tracking changes in subjects over time, researchers such as Dr Weng are helping to shed light on these questions.

When looking at Dr Weng’s studies one thing becomes clear, the way in which individuals age varies greatly. This heterogeneity highlights the importance of his approach; if we simply average together groups of participants we may lose important information in the noise.

A proper understanding of the processes that underlie ageing is crucial if we are to improve our health in old age. This includes bolstering our ability to fight off infection as we get older and to enhance the function of the immune system when it gets “old”, such as in the case of reduced ability to fight off influenza infection. We, therefore, await the results of Dr Weng’s future studies with great anticipation.

What future studies do you have planned?
<>We are currently focusing on unravelling the underlying mechanisms of lymphocyte ageing from single cell to cell population to their collective function. We hope we will be able to determine cellular ageing at the individual cell level and to apply the multi-parameters approach to measure immune system age. Such depth measurements of an individual allow us to determine general and specific changes in lymphocytes and to develop new tools for clinical applications in precision medicine. 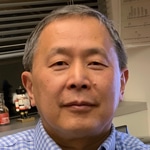 Dr Weng received his MD from Fudan University Shanghai Medical College (former Shanghai First Medical College), China and PhD in Immunology from Baylor College of Medicine. He obtained his postdoctoral training at NCI, NIH. He joined the National Institute on Aging (NIA) as a tenure-track investigator and now is a tenured senior investigator at the Laboratory of Molecular Biology and Immunology, NIA.

This research was supported entirely by the Intramural Research Program of the NIH, National Institute on Aging.

One thought on “The biology of ageing”