Health & Medicine
Stroke caused by a blood clot is a major cause of death and disability worldwide. Intracranial atherosclerotic disease (ICAD) is a subtype of stroke whereby a build-up of material causes cerebral arteries to narrow and eventually causes onset of a stroke. ICAD-related strokes have the highest rates of stroke recurrence and death, leading to an urgent need for further research. Prof Thomas Leung, Prof Simon Yu and Dr Xinyi Leng at the Chinese University of Hong Kong have utilised state-of-the-art imaging techniques to identify plaque morphology associated with worse outcome in ICAD strokes. This research has implications for both the outcome and management of ICAD strokes.

Stroke is a leading cause of both death and extreme disability in the developed world. Strokes can be either hemorrhagic or ischemic. Hemorrhagic strokes are less common and are caused when a blood vessel supplying the brain ruptures. Ischemic strokes are most common and are instead caused by a blockage of a cerebral artery. However, the end result is similar. The brain tissue which was previously supplied by that artery is now starved of all blood and subsequently no longer receives oxygen. Without oxygen, the brain tissue dies. If the individual who has had a stroke is able to reach hospital in time, medical staff will determine whether the stroke is hemorrhagic or ischemic. This is important as one treatment requires stopping a leak and the other requires dissolving a block. Paradoxically, the treatment for one stroke type would almost certainly cause worsening or even a fatality if given for the other type. In the case of acute ischemic stroke, a drug known as tissue plasminogen activator is administered to dissolve the clot. The idea is that the blood flow is restored as quickly as possible in order to minimise any tissue death. However, even if someone receives adequate treatment in a timely manner, sometimes the outcome can still be very serious. This is because tissue starvation sets of a series of secondary, inflammatory mechanisms which further contribute to tissue damage.

The burden of ICAD
There are many reasons why someone may have a stroke. Examples of factors which increase the likelihood include hypertension, diabetes, smoking, obesity, and acute infection, to name a few generic ones. A more specific cause is a condition known as intracranial atherosclerotic disease (ICAD). ICAD causes cerebral artery disease which is when deposits of fat and cholesterol build up within the arteries. These build-ups, or plaques, are sticky substances which prevent the blood from reaching previously well-supplied brain tissue. The narrowing of the artery in this way can cause the vessel to gradually reduce blood flow until a complete blockage (intracranial stenosis or occlusion) and subsequently, a stroke occurs. ICAD can also cause a stroke if the plaque becomes dislodged and goes on to block a distal part or branch of the artery (artery-to-artery embolism). ICAD can be picked up using transcranial Doppler or other noninvasive imaging methods during health checks, but it is more commonly identified and diagnosed after a person has already had a stroke.

ICAD strokes can be managed with a variety of methods. Antithrombotic therapy focuses on making the blood less prone to coagulation (clotting) and stickiness. There are two types of antithrombotic therapy: some aim to inhibit the function of platelets, tiny blood cells that help the body form clots to stop bleeding. Others address coagulation through certain drugs. One commonly known drug for antithrombotic therapy includes aspirin. Other forms of treatment include stenting (opening of a vessel) or, less commonly, arterial bypass surgery. Moreover, lifestyle modifications can also be imparted to improve survival and help to prevent a relapse.

ICAD is more common in Asian, Hispanic and African populations in comparison to Caucasian people. Worryingly, ICAD has worst survival statistics out of all the stroke subtypes – even if adequate medical treatment is administered. This can be seen in the statistics whereby the reoccurrence of strokes or death is much more common in ICAD patients. Clearly, ICAD requires further research due to the high rates of recurrence and burden in certain ethnic groups.

Identifying stroke mechanisms
Prof Thomas Leung, Prof Simon Yu and Dr Xinyi Leng at the Chinese University of Hong Kong have attempted to address this disparity in ICAD-related stroke. The group have used several studies in order to investigate ICAD more thoroughly. Using a computational fluid dynamics model to investigate the hemodynamics of ICAD – such as pressure and shear stress – the group were able to identify features associated with stroke recurrence in symptomatic ICAD.

A total of 245 patients were analysed to find that low post-stenotic pressure and high wall shear stress over the ICAD lesion were associated with increased risk of another stroke within a year. To put it simply, these features reduce the flow to the brain tissue and put more pressure on the plaque, which increases the chance of a further stroke. To further investigate ICAD, the group utilised magnetic resonance imaging/computed tomography angiography. These brain imaging techniques allowed the group to see the brain and the vasculature in the brain in a sample size of 153 people who have had a stroke attributed to ICAD. This method was used to identify that stroke mechanisms known as artery-to-artery embolism (travelling blood clot that can block vessels) and hypoperfusion (reduced flow to brain tissue) were related to an increased risk of relapse – i.e. suffering a second stroke – within one year.

Prof Leung, Prof Yu and Dr Leng were able to identify different plaque morphologies in ICAD and correlate them with downstream infarct load.

Prof Leung, Prof Yu and Dr Leng were able to identify different plaque morphologies and correlate them with downstream cerebral ischemic lesion load. The main morphology types were deemed smooth, irregular or ulcerative. It was the ulcerative morphology which was associated with higher rates of repetitive strokes. Ulcerative plaques were thicker and more correlated with the presence of adjoining branch atheromatous disease, which is coexisting blockage in adjacent deep cerebral arteries. However, further longitudinal studies are required to ascertain why ulcerative plaques are the most dangerous. The information gathered in this study can be used to identify patients who have ulcerative plaques. These patients can be monitored more closely and receive more specialised treatments in order to prevent a second stroke.

This research is extremely important as ICAD is severely under-represented in the literature. Due to the higher rates of death and recurrence in ICAD-related strokes, this research could have far-reaching implications for the survival of individuals who have ICAD-related strokes. In addition, this knowledge may help to reduce stroke morbidity which can have a high socioeconomic burden.

<>Three-dimensional rotational angiography (3DRA) has been used in studying brain vessel/lesion morphology in other cerebrovascular diseases (e.g., aneurysms) but seldom used in studying ICAD. We believe using 3DRA to study ICAD could provide more detailed information in the morphological features of ICAD, and help understand the stroke mechanisms, identify high-risk patients and inform prevention and management of ICAD-stroke patients.

Why do you think ICAD is more common in some ethnic populations compared to others?

According to previous studies (including ours), environmental (climate, food, social & cultural habits and different prevalence of vascular risk factors) and genetic factors (under investigations) both contribute to the higher prevalence of ICAD in East Asian populations. 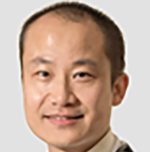 Prof Thomas W Leung is Lee Quo Wei Professor of Neurology at Department of Medicine and Therapeutics, the Chinese University of Hong Kong (CUHK). He is a neurologist and neuro-interventionalist, Fellow of the American Heart association (FAHA) and European Stroke Organization (FESO), who has published over 200 papers on stroke research.

Prof Simon CH Yu is Professor and Chairman of Department of Imaging and Interventional Radiology at CUHK. He is an expert in vascular and non-vascular interventional radiology, Fellow of the Royal College of Radiologists (England) and the Hong Kong Academy of Medicine (Radiology), who has published over 200 papers in relevant areas. 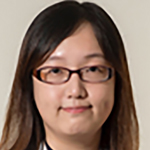 Dr Xinyi Leng is an Assistant Professor at Department of Medicine and Therapeutics at CUHK. She has obtained a PhD in Medical Sciences at CUHK and postdoctoral training at CUHK and University of Oxford. She has published over 60 papers on stroke research.