Dr Marina Paola Banchetti-Robino is a researcher at Florida Atlantic University. In her book, The Chemical Philosophy of Robert Boyle: Mechanism, Chymical Atoms, and Emergence, she offers a detailed account of the mechanistic theory of matter advanced by Robert Boyle. She explains the ways in which Boyle departed from his predecessors to create a more complex and complete chemical philosophy that went beyond the chemistry of his predecessors.

The modern study of chemistry has its foundations in the alchemy of the Middle Ages, the Renaissance, and the early 17th century. In this period, great progress was made towards a better and more accurate understanding of chemical substances, including their structure, properties, and how they relate to one another. One of the most prominent thinkers to make advances in this area was Robert Boyle.

In her book ‘The Chemical Philosophy of Robert Boyle’, Dr Marina Banchetti-Robino at Florida Atlantic University offers an analysis of Boyle’s chemical philosophy as it related to his support for the Cartesian mechanistic theory of matter. Building on Descartes’ mechanistic view, Boyle was able to root the mechanical philosophy in empirical experimentation, while also accounting for the emergent nature of chemical properties. In doing so, Boyle was also affirming the legitimacy of chemistry as a theoretical and experimental science with its own distinctive objects of study and its own distinctive explanatory framework, as well as the autonomy of chemistry from more fundamental sciences such as physics. These concerns are still pertinent for contemporary science.

Dr Banchetti-Robino begins by situating Boyle in his correct historical context, before explaining his critique of his predecessors and outlining Boyle’s chemical philosophy. She goes beyond the work of previous researchers by providing a detailed look at the mereology of chemical atoms as conceptualised by Boyle. 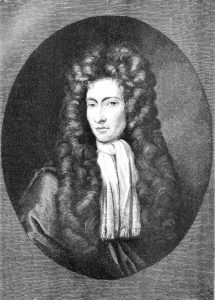 16th and 17th century chemical philosophy
Dr Banchetti-Robino’s book begins by situating Boyle’s work into its appropriate historical and philosophical context. This helps the reader understand the concepts upon which Boyle was building and therefore get a clearer understanding of his distinctive chemical philosophy. Dr Banchetti-Robino also explores the theories of alchemy that were dominant in the 16th and early 17th centuries.

Before chemistry had established itself as a hard science, comparable to physics and astronomy, the greatest philosophical and scientific minds of Europe were focused on the practice of alchemy, which involved the transformation of substances by understanding their physical constitution. The practice of alchemy was grounded in a vitalistic conception of matter, since it argued that all substances in nature are imbued with some kind of ‘life’ force that governs their behaviour.

Boyle identified a tension between the French Cartesian mechanistic worldview and observations from real-world scientific experiments.

Dr Banchetti-Robino goes on to discuss the Scholastic theory of substantial form, which argues that matter is organised and made intelligible and stable by the presence of non-physical forms. This was the dominant theory in the Middle Ages and Renaissance, but Boyle considered it an incomplete or false theory for which he tried to find a better alternative.

There are several more ideas explored in Dr Banchetti-Robino’s book including the alchemical theory of tria prima, which posits that all substances are composed of salt, sulphur, and mercury. This is a theory that Boyle explicitly attacks. The book also discusses experiments carried out by the alchemists Daniel Sennert and Jan Baptista van Helmont, which inspired some of Boyle’s most important experiments. 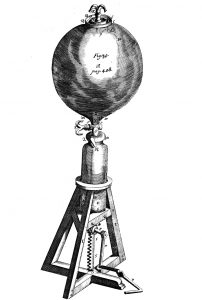 Descartes’ view differs from the Epicurean atomistic theory of chemistry in that atomists believe that matter is made up of atoms which are indivisible while corpuscles can be divided. While the likes of Descartes and Newton took a corpuscular approach, Pierre Gassendi sought to revive and modernise the atomistic theory by introducing the concept of ‘molecule’ as a structured combination of atoms. Boyle tended towards the former approach, although he recognised its limits and also formulated a concept of structured combinations of corpuscles.

Boyle identified a tension between the French Cartesian mechanistic worldview and observations from real-world scientific experiments. Descartes’ strict mechanical philosophy could not account for the nature of chemical properties or why these changed when substances were chemically analysed or synthesised. Descartes’ view was, therefore, inconsistent with the results found by experimentation in the world of natural science. In her book, Dr Banchetti-Robino explains how Boyle seeks to resolve this conflict and, in doing so, sets early modern chemistry onto a different path.

Boyle’s corpuscular theory
Boyle’s chemical philosophy is a deeply complex one which Dr Banchetti-Robino explains in detail. Firstly, she outlines how Boyle has abandoned the dominant Scholastic theory of substantial form, instead advancing the idea that chemical substances originate and find stability from the internal structure of their corpuscles. According to Boyle, individual particles arrange themselves into a corpuscular structure that gives a substance its various properties. Different corpuscular structures account for different substances and different properties. Thus, Boyle is one of the first practicing chemists to advocate for the idea of micro-structure.

Before Dr Banchetti-Robino can fully describe Boyle’s particular corpuscular theory of matter, she highlights the theories that he is attacking. The book gives a detailed account of Boyle’s attack on not just the Scholastic theory of substantial form but also the alchemical principles of tria prima. This allows her to later focus on what distinguishes Boyle’s theory from its predecessors but also from the corpuscular mechanism put forward by Descartes.

As a practicing chemist, Boyle takes far more interest in an empirical approach to the theory of matter, putting him closer to the philosophy of John Locke than to that of Descartes. As a result, he develops a theory that includes the hierarchies that exist within chemical structures and compositions. He also uses his experimental observations to lend empirical support to his theory of micro-structural composition.

Boyle’s view of chemical properties
Dr Banchetti-Robino outlines the theories that set Boyle apart from his predecessors and contemporaries and with which he created a unique and original chemical philosophy that anticipated some of the later developments in modern chemistry, such as the discovery of molecular structure in the 19th century. Part of Dr Banchetti-Robino’s discussion includes analysing Boyle’s ideas on the fundamental nature of chemical properties. She argues that Boyle considered such properties to be dispositional, relational, and emergent.

Since the emergent properties of a substance cannot be simply reduced to the mechanistic properties of the corpuscles, it follows that such properties cannot be fully explained by a fundamental physical theory of matter. Boyle’s view supports the idea that chemical theories are not reducible to purely physical theories and that chemistry as a science must retain its scientific autonomy from physics. This was a very important conclusion for Boyle and one that set him apart from Descartes and his followers, according to whom chemistry could never be considered a genuine and autonomous science. 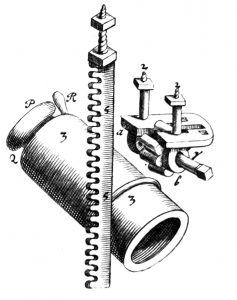 Boyle’s view supports the idea that chemical theories are not reducible to purely physical theories and that chemistry as a science must retain its scientific autonomy from physics.

According to Dr Banchetti-Robino, Boyle regards corpuscles as the parts and their aggregate structured composition as the whole. It is not the parts but the whole that accounts for the properties of chemical substances. Dr Banchetti-Robino explores these ideas by referencing mereological theories that were developed in the Middle Ages, but were still relevant during the time of Boyle – and with which early modern philosophers and scientists would have been familiar.

By both situating Boyle’s ideas in their appropriate historical and philosophical context and providing a deep conceptual analysis of those ideas, Dr Banchetti-Robino has cemented the importance of Robert Boyle in the history of chemical philosophy. She shows how he moved past the Scholastic theory of substantial forms and the theories that dominated Renaissance alchemy, and how he was able to build upon Decartes’ mechanistic theory of philosophy while avoiding some of its most problematic implications for chemistry.

By supporting his chemical philosophy with empirical observations from his own experimental work, Boyle took chemical philosophy to the next level and anticipated many of the issues that are currently being debated in the philosophy of chemistry. Dr Banchetti-Robino’s The Chemical Philosophy of Robert Boyle: Mechanism, Chymical Atoms, and Emergence accurately describes, clearly explains, and thoroughly analyses Boyle’s most important contributions to early modern chemical philosophy and underlines the enduring relevance of his ideas.

Did Boyle offer an improvement on the Cartesian Corpuscular Theory?

Marina Paola Banchetti-Robino specialises in phenomenology, philosophy of mind, philosophy of language, and philosophy and history of science. She has published extensively in these fields and has also co-edited two books, The Philosophies of Environment and Technology (1999) and Shifting the Geography of Reason (2007).