Dr Tanya Evans and Emeritus Prof Mike Thomas from the University of Auckland, led by Associate Prof Sergiy Klymchuk from Auckland University of Technology, have developed an intervention that examines whether the employability prospects of students in STEM education could be improved. Their findings suggest that the attitude profiles of students with high and low lateral thinking self-efficacy differ significantly. Moreover, the team observed a significant difference between genders with regard to lateral thinking self-efficacy, with a significantly greater proportion of confident males than females. This could provide an explanation for the ‘leaky-pipeline’ phenomenon manifesting in the underrepresentation of women in STEM fields.

Imagine you’re a graduate with an affinity for mathematics attending your first job interview. As part of the interview process, you are asked to solve the puzzle involving a cat on a ladder (see figure 1). You answered C and got it right! Next you are presented with a similar problem (see figure 2), but the assumptions have changed. Numerous observations have found that it is likely that you will answer A or B. If you did, it’s wrong and, unfortunately, your chances of getting the job may well have slipped away. The answer to the second problem is also C and the solution can be demonstrated using basic mathematics (see figure 3). Puzzles such as these are used by many companies as part of their job interview process in order to evaluate candidates’ problem-solving skills. They consider that the ability to solve puzzles relates to the creative thinking required to solve innovative real-life problems.

Rapidly evolving employment landscape
The occupations most in demand in today’s labour market include data scientists, app developers and cloud computing specialists – jobs that didn’t exist ten, or even five years ago. The World Economic Forum predicts that technical breakthroughs, shifting the frontier between tasks performed by humans and those performed by machines and algorithms, will transform global labour markets. If recent graduates are to succeed in such a rapidly evolving employment market, in addition to their content mastery, they will have to demonstrate both intellectual flexibility and their ability to adapt to novel settings. Globally, over the past decade, focus on the identification of graduate attributes and employability skills has intensified, with employers highly valuing attributes including those referred to as the ‘C’ skills: Creativity (often associated with lateral thinking), Curiosity, and Critical thinking.

Students’ prior performance in mathematics does not appear to affect their confidence in solving non-routine problems.

Transfer of learning
Some university educators consider producing well-rounded individuals with higher thinking skills to be of paramount importance and put less emphasis on students’ employability. While training students for employment is not the only aim in gaining a university education, the value of their qualification, in terms of employability, is a major concern for students. This has prompted the consideration of graduate attributes within a number of higher educational settings and highlighted the importance of transfer of learning, i.e. the ability to apply previously acquired knowledge and skills in novel problem-solving situations.

In addition to self-efficacy specific to mathematics, the researchers conceptualised a novel construct, lateral thinking self-efficacy, which they defined as “a learner’s confidence in their ability to solve non-routine problems”. This relates to the creative thinking ability required to solving innovative real-life problems in the workplace. It is therefore pertinent in transfer of mathematical learning to novel domains.

Methodology
This research employed a case study conducted at two universities in New Zealand. The research team collaborated with lecturers to design and implement an intervention in two second-year mathematic courses. They aim to design an intervention that could be easily integrated into existing undergraduate mathematics education, therefore requiring only a small developmental investment.

The courses were delivered over a 12-week semester comprising three 50-minute lectures per week. In the middle of each lecture, the lecturer would ask students to attempt to solve an unfamiliar non-routine problem. These non-standard, unstructured questions were presented in an entertaining way and the students were free to work individually or in small groups. A brief discussion of the solutions would follow with the activity taking 2-5 minutes to complete.

At the end of the semester, a student survey was conducted in class in the form of a paper-based questionnaire made up of ten questions. Three questions were on demographics, with the others exploring the interplay between the students’ lateral thinking self-efficacy, performance, gender, prior achievement, together with their feelings, beliefs and attitudes towards non-routine problem solving. The students were encouraged to provide open-ended answers together with any unsolicited comments that they wanted to add. In total 137 students (81 males, 53 females, 3 unidentified) from two second-year mathematics courses participated in the study, with a response rate of 97% of those present.

A sequential two-phase data analysis approach was used so as to reduce reliance on Likert-style instruments and move toward a greater use of narratives. The first phase involved the qualitative analysis of students’ responses to ascertain their views on various aspects of the intervention. The second phase involved the use of a quantitative technique to investigate frequency counts for each of the themes identified in phase one. From these, the relative frequency of differential responses to the phase one themes from students with high versus low lateral thinking self-efficacy was determined.

Findings
The results suggest that the attitude profiles of students with high and low lateral thinking self-efficacy differ significantly towards non-routine problem solving with respect to three dimensions (vision; enhancement utility; and emotional disposition) that span their affective domain. The affective domain describes people’s attitudes to capture how they deal with things emotionally and includes their feelings, beliefs, motivations and values. 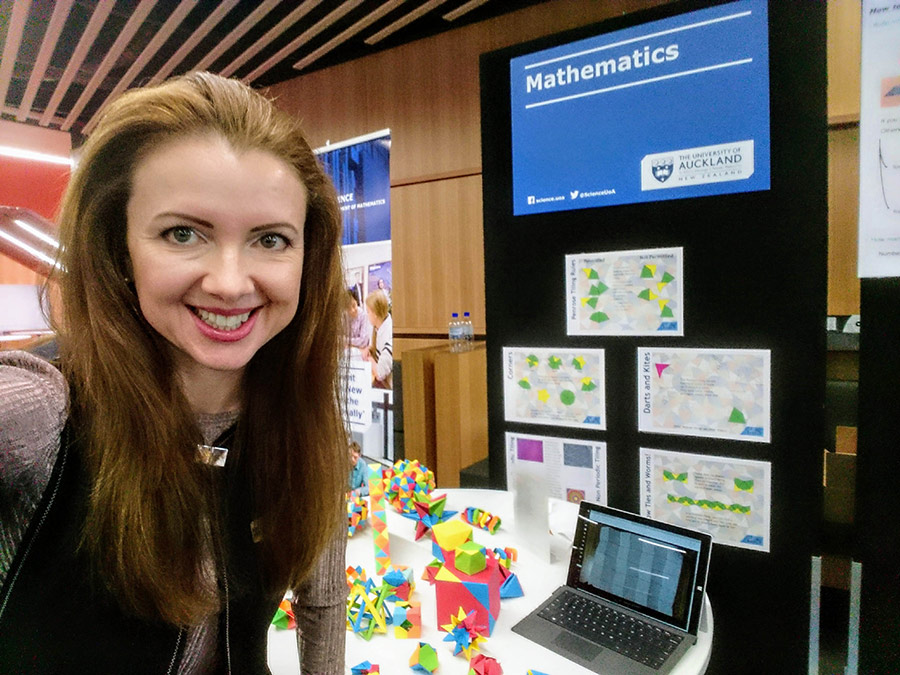 Although there was no significant association between gender and non-routine problem-solving performance, there was a significantly greater proportion of confident males than females.

The study uncovered a significant difference between genders when lateral thinking self-efficacy was observed. Although there was no significant association between gender and non-routine problem-solving performance, there was a significantly greater proportion of confident males than females. The researchers note that these results raise questions about equity with regard to employability prospects for females in STEM companies. Moreover, this may explain the ‘leaky-pipeline’ phenomenon that is evident in the underrepresentation of women in STEM fields.

Broader implications
Previous research has demonstrated that students’ emotions can have a profound effect on both their academic engagement and performance. The impact of positive and negative moods on problem solving has also been observed. Experiments suggest that a positive mood promotes flexible, creative, and holistic ways of solving problems, with students relying on generalised, heuristic knowledge structures. Taking these considerations together with the findings of this study, the research team postulate that targeting an activation of positive emotions during the stages of non-routine problem solving could improve lateral thinking self-efficacy. They also suggest that ensuring that future graduates’ experience the enjoyment of understanding a solution, rather than feeling frustrated when a solution is not explained well, would moderate their epistemic emotions during similar interventions.

Further research into non-routine problem solving in STEM education, funded by the Teaching and Learning Research Initiative (New Zealand), is being conducted by a larger team led by Associate Professor Klymchuk.

What initially sparked your interest in the relationship between self-efficacy and problem solving and inspired you to conceive the novel construct, lateral thinking self-efficacy?

<> Dr Evans: My interest in this topic is rooted in a well-known paradox: on the one hand, it is widely assumed that studying mathematics equips learners with problem-solving skills in a broad sense. On the other hand, there is plenty of evidence from employers complaining about the lack of creativity in problem solving of never-before-seen problems by mathematics and computer science graduates. These students tend to get fixated on rigorous and precise solutions disregarding contextual requirements that make this approach unsuitable. This inability to be flexible and creative is related to the problem of transfer that has not been well understood in the context of mathematics at a high level. This prompted me to zoom in on the issue through a novel construct – lateral thinking self-efficacy – in an attempt to capture learners’ confidence in their ability to solve non-routine problems.

Self-efficacy in non-routine problem solving in STEM education was last modified: May 19th, 2022 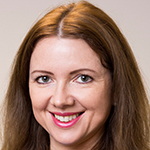 Tanya Evans is a lecturer at the Department of Mathematics, University of Auckland. Her research is in mathematics education with an interest in the modernisation of higher education utilising advances in cognitive science and educational psychology. She serves on the Higher Education Research and Development Society of Australasia (NZ) executive committee and the New Zealand Mathematics Society Education Group. 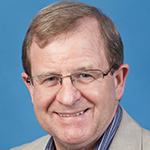 Mike Thomas is Emeritus Professor of Mathematics Education, Auckland University. His 220 refereed research publications apply versatile mathematical thinking and digital technology to learning mathematics. He has given two ICME invited lectures, been a member of ICME-12 (leader) and ICME-14 survey teams and was a founding Editor-in-Chief of the International Journal of Research in Undergraduate Mathematics Education. 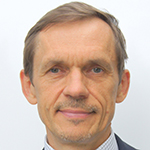 Sergiy Klymchuk is an Associate Professor of Mathematics at the Auckland University of Technology, New Zealand. He authored or co-authored more than 200 publications in mathematics education, including the international award-winning book Counterexamples in Calculus. He is a Fellow of the Institute of Mathematics and its Applications.

The research team have designed an intervention to examine whether employability prospects for STEM students studying mathematics could be improved.

This research was supported by a grant from Ako Aotearoa.