What do going on a cruise and visiting the cinema have in common? Professor Anton Escher, Dr Marie Karner and Helena Rapp, at Johannes Gutenberg University, Mainz, believe these two seemingly different activities share a lot in common. Delving into an area of study they feel has been overlooked until now, they explain how film representations affect a cruise passenger’s perception of reality. In doing so, they open up the field of cinematic experiences and cruise tourism to research opportunities into the value of cinematic cruising.

If you ever imagine going on a cruise, your expectations are likely influenced by what you’ve seen in films and television series. Cinema is known by researchers as a ‘machine for travel’, as moviegoers travel to places and relive experiences they’ve seen on the screen. Of course, cruise operators also use TV and film images in a particular way to promote their offerings, but the effects on passengers of media depictions of cruise ships and the places they visit are not well understood.

Professor Anton Escher, Dr Marie Karner and Helena Rapp, from Johannes Gutenberg University, Mainz, have taken a new look at the comparability of cinemas and cruise ships. They believe the two share similar characteristics: as places of illusion, places of compensation, and places where one can escape from everyday life. The researchers investigated the impact that films, television series and docu-series have on the imaginations of passengers who physically experience film-like situations on cruise ships. They believe these passenger experiences are intimately connected to their experience of luxury sea travel as portrayed in the media, and present cruise operators with particular challenges of meeting those expectations.

Cinema: a machine for travel
Perceptions of places, according to the researchers, are influenced by how they appear in novels, films, and other artworks. For instance, for many people, their notion of New York City is more likely to have come from watching Friends, Spiderman, or The Godfather than it does from real lived experience. This inspires travellers to visit the places they see in art.

In academia this is known as film tourism, a discipline that began in the mid-1990s. However, Escher, Karner and Rapp identify a lack of crossover between disciplines, and as a result there is little consensus on how these topics should be discussed. They aimed to fill in the some of the research gaps surrounding similarities between how a place is perceived in art and how it is experienced in reality, by exploring the link between cinematic experiences and cruising. They emphasise that the cruise industry makes use of their passengers’ perceptions so they can recreate the experiences and emotions of watching voyages on the silver screen.

Both cinemas and cruises are places of dreams where a person is able to live out their most ambitious desires.

Cinemas and cruises both evoke emotion. Cinema does this through audiovisual stimuli while a cruise offers more physical changes. When a passenger boards a cruise ship, they’re venturing into the unknown. There’s a sense of excitement but also of apprehension, much like that experienced when going to the cinema. The cruise achieves this by going beyond the audiovisual and instead places the passenger in a new, physical 3D environment.

The difference is that a cinema acts as a window to the world’s remotest locations. The viewer is travelling there in their minds while perhaps not even leaving their hometown. A cruise can actually physically transport a person to such places. Nevertheless, the cruise is a safe environment. The researchers describe it as a comfortable ‘armchair’ from which foreign worlds are explored only in passing. Both cinemas and cruises, therefore, offer a safe form of exploration with a manageable – rather than an overwhelming – level of excitement.

Heterotopias
To explain the second similarity between cinemas and cruises, Escher, Karner and Rapp turn to Foucault’s concept of heterotopia. These are spaces described as ‘worlds within worlds’. They mirror reality but distort it to such an extent that it may become contradictory, disturbing, or transformational. The researchers describe these places as being ‘simultaneously mythical and real’.

This is clearly the case for a cinema. When a viewer enters the screening room, they are cut off from the outside world through the use of soundproof cladding. A film is then shown, bringing the viewer to an entirely new location and reality. Once the door is closed, all viewers are living a shared experience of whatever is being shown on the big screen.

Cruise ships provide a similar function. When a passenger steps from the dock and onto the ship, they’re entering a new reality. The reality that exists within the cruise ship is different from the outside world. For instance, the cruise exists in its own time zone. As a ship crosses time zones to new locations, the passengers’ body clocks don’t change. They are merely passing through and, therefore, don’t have to adapt to the new environment. They can explore a new location without being part of it, just as they do when watching a film at the cinema.

Places of dreams
The third similarity offered by Escher, Karner and Rapp is that both cinemas and cruises are places of dreams – places where a person is able to live out their most ambitious desires. A dream, as used in everyday language, is a desire that goes against everyday life. Maybe it’s something almost impossible to achieve: perhaps it contradicts a moral, legal, or social norm. In any case, they are dreams because they are rarely – if ever – realised.

A cinema or a cruise tour can bring these dreams closer to reality. When watching a film, you have the opportunity to go on epic adventures that simply wouldn’t be possible in real life. The film might transport you into outer space or to a park full of dinosaurs. These are dreams (or nightmares, in the case of horror movies) that can feel like they’re really happening while the film is playing.

Cruises also offer this opportunity. They provide a chance to experience a snapshot of life in a destination you may not otherwise have the chance to visit. This is especially true for countries for which getting a visa is difficult, as visa requirements are often waived for cruise tours. The researchers point out that the relationship between cruises and dreams are often used by advertisers; for instance, by designations like Dreamlines and Das Traumschiff (German for Dream Ship).

These passenger experiences are intimately connected to their imagination of luxury sea travel as portrayed in the media.

Cinematic portrayals of cruises
Passengers are permanently filmed and photographed on cruises and feel as if they are part of a movie. The cruise is attractive for tourists, as they are transferred to a world where filmic representations and real experiences merge.

The researchers argue that passengers on cruise ships have subconsciously adopted narratives provided by films. They’re unable to detach themselves from these perceptions, so cruise companies have an obligation to meet their expectations. These expectations vary by culture; for example, in England, perceptions of cruises arise from shows like The Love Boat. In Germany, the effect is more profoundly produced by Das Traumschiff.

Regardless, people’s perceptions of cruises are based on these fictional accounts. Cameron’s film Titanic produced a romantic narrative that dominates in the imaginations of passengers, who re-enact the iconic scene of Rose, arms stretched wide, falling in love with Jack from the bow of the ship – a scene that is also reproduced by the cruise companies in advertising. TV shows like The Love Boat and Das Traumschiff also perpetuate the perceived connection between romance, sex, and cruises. 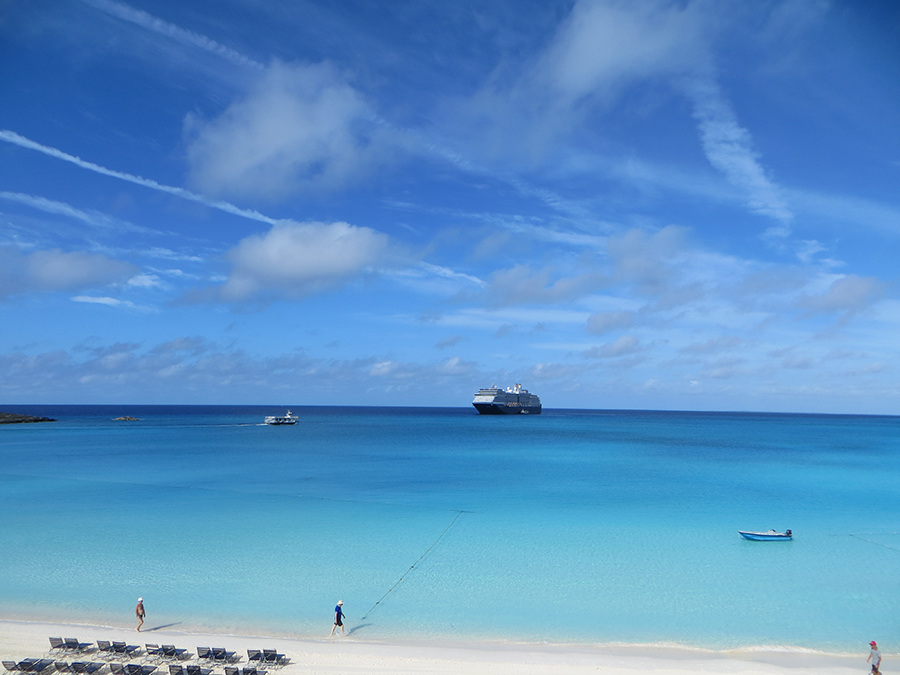 Fusion of real worlds and reel worlds
Cruise ships are a fusion of the real world and the reel world. They exist in reality, taking passengers on a genuine physical adventure. However, this reality is perceived through the lens of cinema reels, which evoke a romantic and exhilarating view of sea voyages. Thus, certain elements of real cruising become fictional in the passenger’s perception, which is why cruising in turn becomes cinematic. With the concept of cinematic cruising Escher, Karner and Rapp try to find alternative understandings of why cruises are booming. Cinematic cruising allows experiences through which passengers can both escape their normal lives and fulfil their dreams, desires and longings.

How do you think you can help cruise companies tap into this area of research?

Cruise companies are already using cinematic elements in marketing and to enhance cruising experiences. Future research on cinematic cruising should investigate the intertwining perception of audiovisual media and experiences on board to better understand the boom of cruising. Since cinematic experiences on cruises seem to be more unconscious than conscious, in situ methods need to be applied. For this reason, cruise companies should allow researchers to survey passengers during their cruise, as a comprehensive analysis can only be achieved by working on board with passengers. The findings obtained should be of interest to cruise companies to optimise their product. 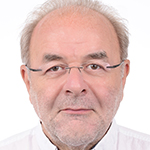 Anton Escher is professor of cultural geography at the Johannes Gutenberg University, Mainz. His research expertise covers North Africa, the Middle East and the Caribbean as well as the fields of migration, historic towns in the Arab world, film and tourism geography with a focus on cruising. 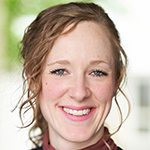 Marie Karner PhD is an early-career researcher at the Institute of Geography at Johannes Gutenberg University, Mainz. Apart from topics related to migration, diaspora and historic urban centers, her research areas include cruise tourism, film-induced tourism and atmospheres. 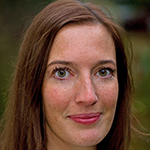 Helena Rapp is a PhD candidate at the Institute of Geography at Johannes Gutenberg University, Mainz. Her research interests include cultural encounters, arts, tourism and empirical atmospheric research with a specific focus on cruises and methodological approaches.

An African champion on the global stage: Openness, innovation and entrepreneurship in Nollywood
Business & Economics
Read This Article