Nigeria’s booming film industry, colloquially known as Nollywood, has become one of the most influential in the world, and one of Nigeria’s largest economic sectors. University of Ottawa Professor Dr Chidi Oguamanam, working as part of the Open African Innovation Research (Open AIR) network, examines Nollywood as an example of how innovation, openness and entrepreneurship have unfolded in this unique context. Relying on extensive data collection, including in-depth interviews with key players in the industry, Oguamanam traces Nollywood’s origins and demonstrates how its persistent openness—to local popular culture, to myriad modes of marketing, to both formal and informal skills development, to Nigeria’s multiethnic realities, and to various approaches to intellectual property—have all contributed to its success at local, national, continental and global levels.

Many African nations are net importers of entertainment content, with their local film, TV and music sectors, vibrant as they may be, hard-pressed to compete with the economic might of Western content. But there are notable exceptions, with perhaps the most stunning being Nollywood, Nigeria’s world-renowned film industry. In the eyes of Dr Chidi Oguamanam, a Professor at the University of Ottawa, Nollywood’s success clearly demanded close study.

As a founding member of the Open African Innovation Research (Open AIR) network, which has university-based researchers in more than 20 African countries as well as in Canada and Europe, Oguamanam was particularly interested in the roles played by openness in the innovation and entrepreneurship driving Nollywood. He conducted the study under the auspices of Open AIR and published the results in The Journal of World Intellectual Property, in an article entitled “The Nollywood phenomenon: Innovation, openness, and technological opportunism in the modelling of successful African entrepreneurship”.

Oguamanam’s study examines the birth, evolution and success of Nollywood. He traces the industry’s prehistory and then its emergence in the early 1990s as a series of direct-to-video releases—as Nigerian retailers sought a novel solution to address their backlog of blank VHS cassettes.

In Nollywood, Oguamanam writes, ‘Africans are both producers and consumers of their culture and also exporters and global players in the entertainment industry on their own terms’.

Relying on extensive desk research, a written questionnaire, and in-depth interviews, Oguamanam explains Nollywood’s success as a combination of technological and business-model innovation, with the business model relying to a great extent on various forms of openness. It is the industry’s openness that allows Nollywood writers, directors and producers to harness Nigerian popular culture, recruit local talent, attract capital and effectively distribute their products at local, national, continental and global levels.

Methodology
Oguamanam’s study relied on three pieces of original qualitative research. The first was an online compilation of a biographical database of 101 randomly selected figures from various occupational positions within Nigerian cinema, “as a tool to understand how miscellaneous factors such as their education, training, family, and social exposure contributed in their transformative pathways to Nollywood”. The second was sending a questionnaire to 25 Nollywood practitioners, all of whom completed it in writing. Third, Oguamanam and his team conducted 20 semi-structured in-depth interviews with Nollywood professionals based in Lagos, the country’s commercial capital. These interviews probed “their experiences at an individual level to record their direct opinions on various areas of our research interest—technological transformation and innovation, openness, collaboration, entrepreneurship, history, scalability, transnationalisation or globalisation of Nollywood, intellectual property—and to capture their reflections on the present and future challenges of the industry”, writes Oguamanam.

Nollywood’s history
Nigerian cinema existed before Nollywood. However, the film industry was not especially prominent, and during the Cold War era, most African film was aimed at elite audiences. It also relied on celluloid, an expensive format which constrained production. As a result, Nigeria’s domestic entertainment sector developed more strongly in other media. The country, especially the southwest, was home to a large theatre sector, while the national broadcaster, the Nigerian Television Authority (NTA), fostered a popular repertoire of soap operas and other programmes.

Nigerians also imported films from abroad on VHS cassettes. It was this VHS distribution sector that provided the entrepreneurial drive, equipment and capital to found contemporary Nollywood. A ban on pornography in the country left the VHS distributors with a large unused inventory of blank cassettes, and when “this community of ingenious VHS entrepreneurs linked up with sourcing of content as the key driver of the VHS market”, the seeds of Nollywood were planted. Although sources differ as to when the industry truly began, most treat the release of Living in Bondage (1992) as the moment Nollywood showed its first real signs of coalescing as an industry and a genre. Initially, Nollywood relied mainly on VHS cassettes and informal-sector distribution networks. As the sector became more successful, Nollywood upgraded, adopting new distribution formats and channels, from DVD to Blu-ray and, more recently, online video-on-demand streaming via YouTube and Nigeria’s answer to Netflix, iROKO TV.

Nollywood’s openness
Oguamanam contends that Nollywood has triumphed because of its numerous manifestations of an ethos of openness. Unlike the “auteur cinema” of the early post-colonial era (where the director is the author and primary creative force behind a movie), Nollywood is characterised by “grassroots embeddedness”, which gives it close links to Nigerian popular culture and themes and storylines from everyday life. One of Oguamanam’s interviewees, actor Nobert Young, says Nollywood “runs on our original real-life stories and experiences unfiltered”. Nollywood has also greatly benefitted from its constant openness to new modes of production, distribution and marketing, and its openness to both the skilled creative personnel coming from formalised Nigerian TV and theatre sectors and the non-formalised skills of talented individuals “recruited from the street”. It also offers workplace training, with key figures establishing training institutes—such as the Lufodo Academy of Performing Arts, which is run, Oguamanam writes, by “the Nollywood celebrity couple” Joke Silva and Olu Jacobs. The industry’s use of inexpensive formats, and its marketing through informal businesses, keeps Nollywood content affordable and preserves its connection to its grassroots audience.

Another “site of openness” in Nollywood, according to Oguamanam, is the manner in which it “capitalises on Nigeria’s multicultural ethnic and linguistic complexity”, with cultural and linguistic differences catered to “openly and inclusively” by the industry. Nollywood produces content in English and multiple Nigerian languages, including Yoruba, Igbo and Hausa (Living in Bondage was in Igbo, the language of many of the VHS merchants behind the project). Kano, Northern Nigeria’s largest city, hosts a Hausa-language sub-sector of Nollywood.

In the words of actor Nobert Young, Nollywood ‘runs on our original real-life stories and experiences unfiltered’.

Nollywood and intellectual property
Finally, writes Oguamanam, “[t]he fifth and last aspect of openness in Nollywood, reflecting its history, pragmatism, and entrepreneurial ingenuity, relates to the issue of intellectual property”. As Oguamanam explains, Nollywood has an ambiguous and fluid relationship with intellectual property rights. Many of the industry’s early successes were only made possible by rampant copyright violation: “The content distributors have turned Nollywood movies into the most pirated products in the world”, according to Oguamanam. As the industry has become richer and more established, producers have sought greater control over the copying practised by distributors, through contractual arrangements such as “presale arrangements, which [are] a form of advance market commitment whereby the producer or copyright owner agrees to produce a fixed number of copies of DVDs for the buyer or marketer at an agreed premium price”. And there is also evidence of some interest in flexible copyright licensing systems that place few restrictions on distribution but seek to limit creation of derivative works. In general terms, Oguamanam found that the interviewees favoured “pragmatic” approaches.

Conclusion
Nollywood has become one of Nigeria’s largest industries, and an African champion on the global stage. In the modern globalised economy, it is a powerful and rare example of a situation in which “Africans are both producers and consumers of their culture and also exporters and global players in the entertainment industry on their own terms”, writes Oguamanam. As Oguamanam’s study shows, Nollywood is also an important example of how openness, innovation and entrepreneurship can be harnessed by locally embedded African innovators—who are grounded in the power of local markets and the informal sector—to create new business models and products. Nollywood’s openness to local culture, knowledge and commerce has generated entirely new domains of economic activity and changed the face of global cultural and entertainment production. 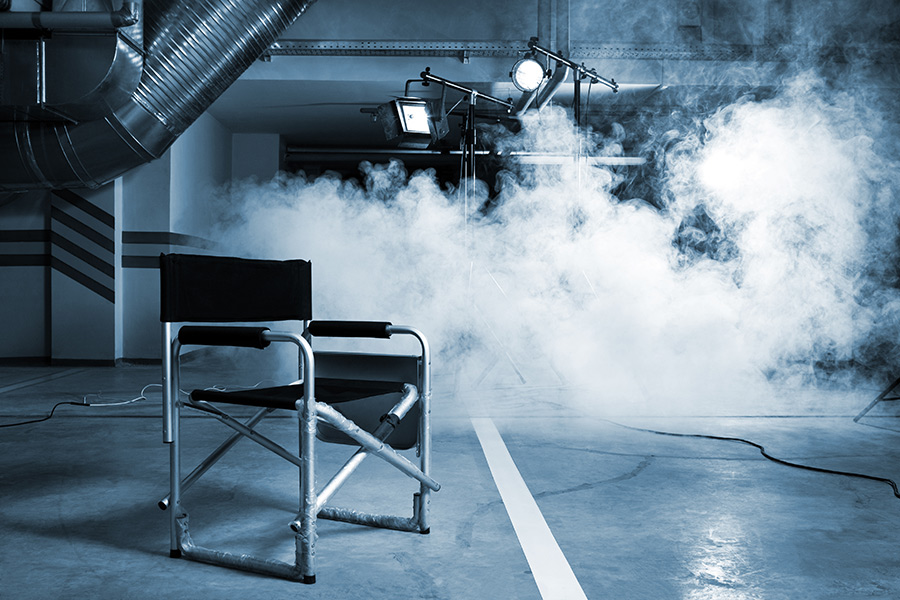 The Open AIR network’s interest in practical and grounded understanding of the nature and dynamic of innovation in Africa was my primary motivation. My personal interest as a fan of Nollywood was a further incentive. I personally experienced and lived through the period when Nollywood was birthed and have maintained links with some players in the industry. And, as a member of the Nigerian intellectual property professional community, I have followed with great interest how the industry has dealt with its intellectual property dilemmas and how Nollywood constantly seeks to reinvent itself in the face of evolving ways of doing business locally and globally.

An African champion on the global stage: Openness, innovation and entrepreneurship in Nollywood was last modified: March 31st, 2021

Oguamanam, C. (2020). The Nollywood phenomenon: Innovation, openness, and technological opportunism in the modeling of successful African entrepreneurship. The Journal of World Intellectual Property, 23(3-4), 518–545. Available at: https://doi.org/10.1111/jwip.12162 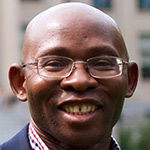 Dr Chidi Oguamanam is a Full Professor in the Faculty of Law (Common Law Section) at the University of Ottawa, and is affiliated with the University’s Centre for Law, Technology and Society, Centre for the Environment and Global Sustainability, and Centre for Health Law Policy and Ethics. He is a co-founder of the Open African Innovation Research (Open AIR) network and leads its Traditional Knowledge and Indigenous Entrepreneurship research team.

Dr Oguamanam, together with the Open AIR network, examines the Nigerian movie industry, known as Nollywood, and its open, collaborative model of innovation.