Physical Sciences
The accelerated expansion of the universe has remained one of the greatest unsolved mysteries in physics for over a century. In his research, Dr Yoshihisa Kitazawa at the High Energy Accelerator Research Organization in Japan proposes an idea that could unify the mysterious driving force of this acceleration with the principles of quantum mechanics. If his line of reasoning is correct, the approach could one day prove to transform cosmologists’ understanding of the seemingly all-permeating force of Dark Energy, and how it is driving the evolution of our universe.

Even as Einstein was drawing out his defining equations of general relativity in 1917, he wasn’t initially satisfied with them. The problem was that cosmologists at that time believed the universe was a static, unchanging block; neither expanding nor contracting over time. Unhappily, Einstein realised that his equations didn’t account for this, and was forced to tack an extra constant onto the end of them. But as it turned out, the need for this extra constant wasn’t a failure after all.

In 1924, Edwin Hubble made a revolutionary discovery from his mountaintop observatory in California. Not only did his observations reveal the presence of countless galaxies beyond our own; he saw that nearly all of them are moving away from us. Furthermore, the speed of these recessions appeared to be faster for more distant galaxies, which suggested that the universe is expanding. In a satisfying turn, Hubble thought that this expansion could be accurately described without Einstein’s unwanted extra number – known today as the ‘cosmological constant’. In 1998, cosmology was shaken at its foundations as two research teams found that the expansion of the Universe was accelerating.

Despite this important discovery, one particularly pressing question remained: why is this acceleration occurring in the first place?

A tale of two eras
Cosmologists still have no concrete answer to the questions first presented by Einstein and Hubble’s revelations, but in place of a complete explanation, they have predicted the presence of a mysterious, universe-spanning property, not accounted for in classical models of the universe. Now known as ‘Dark Energy’, this force is believed to be driving an unrelenting acceleration in the expansion of the universe known as ‘cosmic inflation’. Even though it has yet to be described through physical theory, its’ influence is so profound that physicists currently believe it contributes around 70% to the total energy of the universe.

As Prof Kitazawa explains, Dark Energy defines the unremarkable cosmological era in which we find ourselves today, which began when the universe was around half its current age. “We live in an era dominated by Dark Energy, which was initiated by an accelerated expansion of the universe around 6 billion years ago,” he explains. “As far as we know, nothing spectacular has happened during that time.”

Prof Kitazawa hopes that his findings may hold the potential to transform
our understanding of the universe’s most dominant force.

In contrast, the earliest moments of the universe were far more exciting. Beginning just fractions of a nonillionth of a second before the Big Bang, and lasting little longer, one particular period likely saw an accelerated expansion which grew the universe out from the size of a molecule, to many lightyears across. “It is widely accepted there was an era in the early universe named the ‘inflation era’, when the universe also underwent an accelerated expansion,” Prof Kitazawa continues. “This era ended with the Big Bang, and it appears that Dark Energy decayed into particles. There are both similarities and differences between this era and our own.” Exploring these variations in cosmic inflation may seem like a daunting task, but luckily for Prof Kitazawa, this is, in fact, the easy part. 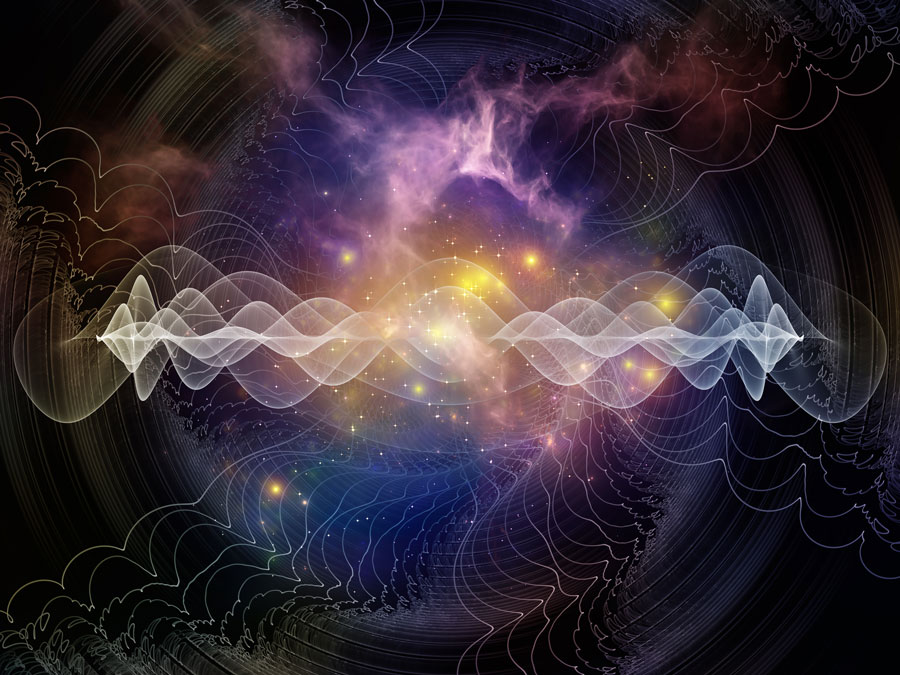 Help from Hubble
Throughout its history, the universe has left us with several clues indicating the nature of its expansion. Among them is the phenomenon of redshift, which arises since the wavelengths emitted by galaxies receding more quickly are stretched out, making them appear ‘redder’. By measuring the relationship between recession speed and distance, researchers are able to calculate Einstein’s cosmological constant directly. In addition, effects like Cosmic Microwave Background radiation afford cosmologists a glimpse of the very earliest moments of the universe, including the inflation era.

For researchers like Prof Kitazawa, these effects are incredibly convenient; allowing them to easily measure how Dark Energy is tied to the history of our universe. “The remarkable advantage of studying this era is that such an idea can be tested by observations,” he describes. “Furthermore, inflation and Dark Energy allow us to double check our ideas.” Therefore, the stage can be set for Prof Kitazawa’s more cutting-edge proposal: that Dark Energy, and by extension, Einstein’s cosmological constant, may not be so constant after all.

Time-varying Dark Energy?
As was the case for Einstein and Hubble’s calculations, every measurement of the cosmological constant ever made has occurred within today’s period of constant accelerated expansion. Because of this, researchers like Prof Kitazawa argue that it should come as no surprise that it appears so unchangeable. However, as seen from the inflation era, where the universe’s expansion accelerated far more quickly than it does today, cosmic inflation, and Dark Energy by extension, have not necessarily remained so invariable throughout the universe’s history. “Dark Energy is very similar to Einstein’s cosmological constant, but it may not have been constant as it underwent its mysterious history,” explains Prof Kitazawa. “We want to understand the possible time dependence of Dark Energy and the microscopic mechanisms behind it.”

Cosmologists today are no strangers to such efforts, and a wide variety of theories have emerged in attempts to explain the true, time-varying nature of Dark Energy. Among them are efforts to unify the concept with another of the universe’s unsolved mysteries: Dark Matter; as well as theoretical explorations of different forms of Dark Energy, named ‘quintessence’. Leading on from these theories, Prof Kitazawa proposes a new approach in his research: instead of continuing to search for answers within cosmology, he looks towards the very smallest of scales.

Explanations in quantum mechanics
For many physicists, it is a highly desirable goal to discover how systems can be broken down into their most fundamental, or ‘quantised’ components. For example, these kinds of studies have transformed our understanding of subatomic particles like protons and neutrons – once thought to be fundamental in themselves. Instead, particle physicists have revealed that these structures are made up of three fundamental particles named ‘quarks’, held together by massless mediators named ‘gluons’.

Dark Energy is very similar to Einstein’s cosmological constant, but it may not have been constant as it underwent
its mysterious history.

These quantised particles, dubbed ‘gravitons’ by theoretical physicists, are also currently restricted to theory by today’s limited experimental capabilities. However, some physicists now believe that they are entirely necessary to bring about a union between the principles of general relativity, and those of quantum mechanics. If they are real, gravitons could one day provide a long-awaited quantum description of Einstein’s relativistic explanations of gravity – though this goal still seems a long way off. Undeterred, Prof Kitazawa goes one step further still in his research.

Introducing inflatons
The ultimate goal of unification theories like quantum gravity is to introduce a ‘duality’ between two theories which have already been established, but have so far appeared incompatible with each other. While gravitons represent some of the latest attempts to do this with general relativity and quantum mechanics, Prof Kitazawa reinterprets yet another concept: ‘inflatons’ – quantised particles which drive the accelerated expansion of the universe.

In his latest research, Prof Kitazawa has investigated this possible explanation through studies of a realm known as ‘de Sitter space’; which presents a symmetric solution to Einstein’s equations of the nature of spacetime. These studies have now yielded unprecedented findings, including the possibility that ever since the beginning of today’s era of inflation, interactions between gravitons and inflatons may have been driving all matter in the universe apart. If this is the case, it could mean that Dark Energy is decaying over time following a logarithmic pattern; ensuring that the universe will continue its accelerated expansion for the rest of time. Ultimately, this would point to a time-varying form of Dark Energy, which depends entirely on the systems it interacts with. 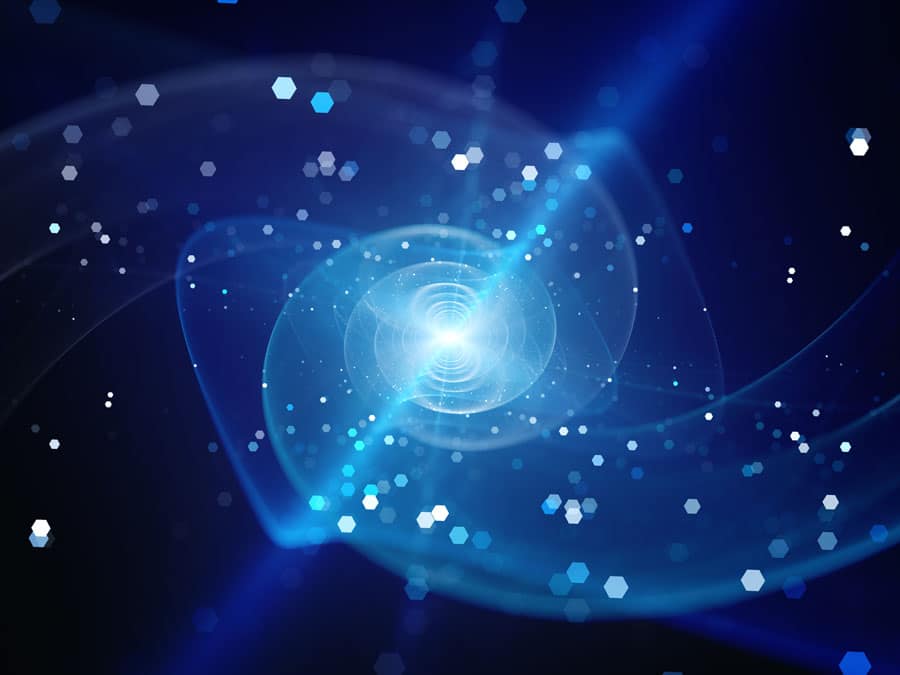 Advancing our cosmological understanding
As astronomers view the universe in ever increasing levels of detail, it is becoming increasingly clear that the physical descriptions we currently have are limited in their explanations. Yet by unifying these theories through more deeply rooted explanations of the nature of the universe, Prof Kitazawa and theorists like him are bringing this knowledge ever closer. Through his continuing studies of the time varying nature of Dark Energy and its relationship with gravity, Prof Kitazawa hopes that his findings may hold the potential to transform our understanding of the universe’s most dominant force.

<> In nature, universal phenomena occur when long range fluctuations dominate, since the details of the system do not matter. They are called critical phenomena. We hope to understand dark energy and inflation from such a point of view. We have found an evidence that universal equations of quantum fluctuations (Fokker Planck) predict scaling property of these strange phenomena in universe.

Prof Yoshihisa Kitazawa was born in Ueda City Nagano Pref. Japan, 1957. He completed his Bachelor Science in 1980 at the University of Toyko and his PhD at Princeton University in 1983. He is currently Professor at The KEK Theory Center.

Yoshihisa Kitazawa’s research explores the origin of spacetime and matter, employing matrix models and superstring theory. He is also interested in understanding inflation and dark energy at the quantum level.

5 thoughts on “The not-so-constant presence of Dark Energy”