Education & Training
American Indian students in the USA are under-represented in all science and engineering fields by up to a half. To find ways to bring cultural relevance to American Indian students, Professor Mark Griep and his colleagues Beverly R. DeVore-Wedding, Janyce Woodard and Hank Miller are indigenizing chemistry courses at two tribal colleges in Nebraska. By focusing on laboratory experiences, their students are realising the role that STEM can play in the sovereignty of tribal communities.

Consider the chemistry you’ve learned through your life, and how it was given relevance as it was taught. The context provided for science education in the West is often our industrial relationship with the world: fertilisers for large-scale industrial agriculture, industrial production from petroleum of organic compounds for medicines and perfume; these are contexts which hold significance for people with a global mind-set. But this kind of education has little meaning for people of cultures which place the local over the global.

For American Indians living in urban areas, participating in mainstream America, STEM skills are important for finding work: the fastest-growing career paths in the US in the last half-century require a STEM education. For those choosing to live in traditional tribal communities, STEM expertise could play a foundational role in facilitating self-governance as US laws increasingly acknowledge tribal sovereignty. Even though the way science is taught in the US is not always relevant to American Indian people, the science itself undeniably is.

Indigenizing chemistry courses
Over 20,000 students attend the thirty-eight Tribal Colleges and Universities (TCUs) across the USA. TCUs have a big role to play in providing American Indians with a STEM education that allows them to engage with mainstream Western laws pertaining to land, water, air, energy and natural resources, whilst retaining a world view which is consistent with American Indian tribal culture.

Mark A. Griep, Professor of Chemistry at the University of Nebraska-Lincoln, uses teaching methods which are culturally aware in order to sustain tribal sovereignty and strengthen American Indian culture. Scientific inquiry that incorporates knowledge from local Indigenous people is known as Ethnoscience, and the process of incorporating contexts which are relevant to American Indian culture is called Indigenizing.

Even though the way science is taught in the US is not always relevant to American Indian people, the science itself undeniably is.

The Sharing Cycle
The Sharing Cycle of Science Learning is a project connecting the University of Nebraska-Lincoln (UNL) with local TCUs Nebraska Indian Community College (NICC) and Little Priest Tribal College (LPTC). In his research, Professor Griep is working on the hypothesis that American Indian students will be more engaged and more likely to continue in academia when their chemical education is indigenized. The program is designed as year-long cycles with four parts, and is in its sixth year. The ethnoscientific approach employed in the project is designed to engage American Indian students by relating to their existing knowledge and everyday experience, and to benefit American Indian communities with new STEM knowledge and skills.

Part 1: Identifying community topics
The cycle begins with a meeting of a board of tribal leaders, college administrators, presidents of local public services, the director of the Nebraska Commission on Indian Affairs, and other members of the local scientific community. Input from tribal leaders gives science learning at the two universities context that is more likely to benefit their communities.

The first meeting of the board in 2014 established a list of community-relevant topics spanning the environment, agriculture and health. Global topics which made the list included climate change, disease and air quality. However, many of the issues were specific to local American Indian culture: oral histories, natural resources, medicinal plants and water sources are all topics which play an important role in the lives of local tribal members more than in mainstream Western culture.

Part 2: Chemistry community connections
The cycle continues at the two tribal colleges, where a range of indigenizing methods are employed. A laboratory manual was created which develops the community topics into activities that are relevant both culturally and chemically.
For the 2014 course, only the topics in the Community Topics list with the most obvious chemical links were incorporated onto the course. By 2015, the full list was included in the manual, alongside three connections that place chemistry at the heart of daily issues.

The Sharing Cycle of Science Learning project uses a grassroots-level approach to an enormous problem in STEM education.

By 2018, the manual included a wealth of links to the Missouri River tribes agriculturally-orientated culture. Before every laboratory experience across two semesters, a discussion is held linking students’ personal experiences and community histories to the learning. Materials and measurements important to local tribal communities are incorporated; experiments may include prayers to acknowledge a harvest large enough that crops can be used for experimentation rather than as food; students are encouraged to include summarising paragraphs in laboratory reports in their native languages.

For the Water Quality topic, students are given a case study on arsenic and uranium levels in water from wells of Nebraskan communities, test ten ions in water samples they have collected, and then construct a water purification unit from natural materials.

Another case study on Soil Quality provides cultural relevance through a discussion of natural nitrogen sources such as manure, urine and organic matter, which can act as fertilisers for tribal agricultural needs, as well as the role of pH and how it can be adjusted using powdered limestone. Students are once again encouraged to provide their own samples, which tested for ion levels, pH and conductivity.

Practical work is split into training and inquiry components so that students understand the ambiguity of research-level science. In the inquiry component, students are expected to become fully involved in the scientific process by designing questions and experiments that can test them, instead of performing procedural laboratory work that verifies knowledge that is established.

Part 4: Review
Part four of the cycle involves a review meeting where goals are set for the next year’s cycle, and to share progress through publications and outreach. As part of the outreach for this project, events are held within local tribal communities where community members can talk to chemistry students and instructors about shared interests in environmental issues, water and food.

Impact on communities
Whilst increasing enrolment is an important aspect of the Sharing Cycle of Science Learning, at the heart of this project is a drive to create enthusiasm in students from local tribes, leading to real benefits for local tribes.

One student, after testing three local water samples, discovered that water downstream of a spring contained a high level of iron ions, where upstream samples did not. She was compelled to find out more about the stream and the cause of the iron contamination. The spring, once an important source of water for her community, now contained a rusting car bonnet which she cleared from the spring. The student began exploring a career in environmental sciences, and has gone on to intern in her tribe’s environmental protection department.

For Griep and his colleagues, this is one of the most definitive examples of how indigenised chemical learning can provide real benefit to local communities.

The Sharing Cycle of Science Learning project uses a grassroots-level approach to an enormous problem in STEM education. The under-representation of American Indians in STEM subjects is detrimental to the sovereignty of tribes across the US. The project realises the need for a community-centred approach where local communities of science educators, tribal leaders, young people and community leaders can begin to work together in a way which creates indigenized science learning through community values and cultural relevancy.

Since your award-winning paper in 2014 which outlines the Sharing Cycle, what impact have you seen on the students involved and their communities?

<>We are pleased with the good enrolment at NICC. If it hadn’t been for our partnership, these students would not have otherwise had the opportunity to take chemistry. An unexpected outcome is that four students transferred to four-year institutions to work toward a bachelor’s degree, where three of them majored in chemistry and one in environmental science. 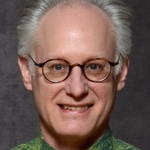 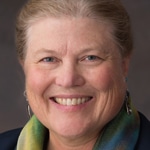 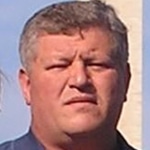 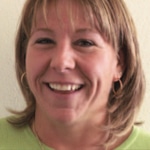 Beverly DeVore-Wedding is a postdoctoral researcher at the University of Nebraska-Lincoln.

Mark Griep is Professor of Chemistry at the University of Nebraska–Lincoln.

Mark Griep has devoted his teaching career to finding ways to engage people to want to learn more chemistry.

This research was supported by the National Science Foundation (Grant IIA-1348382), the University of Nebraska-Lincoln Office of Research and Economic Development, and Nebraska EPSCoR. 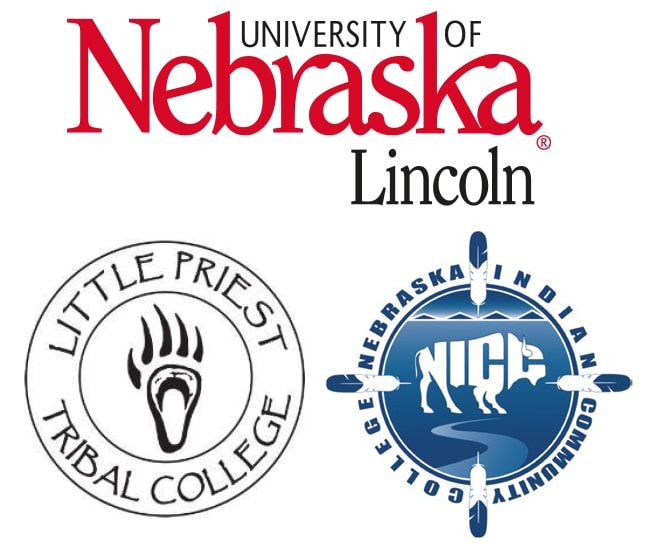