The issues of climate change, environmental degradation, and social inequality are growing ever more challenging. Considering these problems, global goals for sustainable development have encouraged treaties such as the Paris Agreement and the proposed Green New Deal. Mr Tony Marshall, the Founder, President, and CEO of his corporations Diverse Horizons, Inc. and The Diverse Horizons Foundation, has been diligent in progressing the United Nation’s sustainable development agenda, by providing multiuse community-based facilities, complete with pedagogy, curricula, and market products. These entities for educational development, including environmental sustainability and social equality, which manifested from 20 years of research and development.

Current global issues such as climate change, social inequalities, and environmental breakdowns are borderless, meaning no country can tackle them alone. International collaboration will be essential in mitigating some of the worst effects of these pervasive issues.

The problems we, the global community, face will also take vocational training and a vast retraining of the workforce to ensure we have the green skills and knowledge to drive environmental sustainability and social equality. Moreover, the opportunities for training and education must be fully inclusive and available to all.

In recent years, global and national forces have been attempting to find resolutions for these issues through a series of global goals for sustainable development. On an international level, the United Nation’s Sustainable Development Goals and the Paris Agreement have been essential in furthering the global communities’ shared endeavour towards a greener future. And, from a national perspective, each nation has its own means of accountability to usher in their versions of sustainability and equality. In the United States of America, for example, the Green New Deal and the Build Back Better congressional bills are intended to invest in fair and equitable environmental, as well as social, regeneration.

The Diverse Horizons project is one important answer to a series of global crises.

Mr Tony Marshall of Anyang University aims to build on these sustainable development goals by initiating global, and eventually interplanetary, facilities for educational, entrepreneurial, and athletic collaboration, as well as international and intercultural collaboration. Diverse Horizons facilities will be ‘hubs’ that assist in setting up systems for collaborative, progressive education, where citizens of all backgrounds will have access to learning and participating in S.T.E.M., sports, recreation, and the arts (as these are the subjects that are most universally communicated across communities globally).

Background research
Mr Marshall has been developing his corporations and conducting relevant research in the fields of education, urban planning and design, business, and sustainability for decades. His work, specifically in furthering environmental curricula and pedagogy and in social enterprises for sustainability, makes him uniquely positioned to understand the need for educational community facilities.

With his research on the role of social enterprises in urban sustainability, Marshall saw the propensity of collaboration to maximise the socio-economic benefit for citizens, especially those of minority ethnic or low socio-economic backgrounds. And, through his work on improving environmental curricula, societal empathy, and general pedagogy, he discovered the potential effects of environmental education and big data.

Through the diverse avenues of his research, it is possible to see the wealth of knowledge and insight that Marshall brings into his corporations. He believes that through Diverse Horizons, he can find the confluence of his research and bring together social equity pedagogy and environmental sustainability education with vocational education, athletics, and the arts to maximise the socio-economic prospects of a community and the global society at large.

Diverse Horizons
The ‘Diverse Horizons’ project is one answer to a series of global crises, for which a collaborative shared global vision is needed. Although Diverse Horizons has its origins in the U.S., the possibility to manifest its very first facility into existence sprouted its wings in South Korea through the conduit of a case study. However, Mr Marshall’s broader plans include introducing multiple interconnected Diverse Horizons facilities in each of the 4,419 cities across the world. He also plans to have Diverse Horizons facilities considered by space-faring entities such as Space X, Blue Origin, Virgin Galactic, and NASA as part of establishing lunar and interplanetary colonies.

Previous results and future goals that Mr Marshall’s corporations want to promote are encompassed by three fundamental ideologies which combine to equal the ‘total person’: the development of mind (STEM), body (athletics), and soul (the arts). The Diverse Horizons concept is to produce customised community-based educational facilities with a globally, as well as interplanetary, focused curriculum, which will be repeatedly iterated through collaboration with other strategically placed Diverse Horizons facilities. Furthermore, these facilities will be customised to be architecturally compatible yet unique to its local area, all functioning within the Diverse Horizons network. Each facility is intended to feature approximately 130 vocational classes, with adequate recreational facilities for both elite and amateur athletes, all strategically designed within a 50-acre state-of-the-art facility. Within each facility, citizens will learn with prototype educational software, tools, supplies, and gaming developed under the Diverse Horizons’ corporate umbrella along with other related marketable products under the same corporate umbrella.

The initial two Diverse Horizons facilities are hoped to be set up on the Korean peninsula – one in the North and one in the South. The aim is that it will contribute to collaboration among the disparate countries and bring shared environmental knowledge and societal empathy through jointly developed curricula and pedagogy, teaching a series of vocational skills that lift citizens of both nations out of poverty and expand upon potentially limited perspectives. Hopefully, a project such as this can contribute to peace between the two belligerent nations.

Mr Marshall’s next area of development is expected to be in his home nation of the USA, working in harmony with the strong progressive infrastructure bills President Joe Biden and his administration have embarked on, such as the Build Back Better bill. He hopes to have interconnected facilities accessible to all – incorporating Diverse Horizons facilities into the ‘opportunity zones’ created by Senator Tim Scott of South Carolina, as an option.

The key goal of a Diverse Horizons facility is to create a globally harmonised community, which will contribute to social equality and environmental sustainability by interconnecting communities with the use of big data and the establishment of interactive curricula and pedagogy in science, sports, the arts, business, and vocational education. To that end, the first case study facility is being developed in Anyang, South Korea.

Anyang case study
A case study to serve as proof of concept and to be the first of a global (and eventually interplanetary) network of Diverse Horizons facilities has been running in Anyang, South Korea, since 2016. The Anyang facility takes a unique approach to advancing societal progress by establishing a 50-acre facility, which helps to tackle community issues, including education, unemployment, and environmental awareness.

The many struggles humanity is facing demand a visionary and cohesive effort to remedy.

The case study facility will act as a model for the education system that will be ubiquitous among all Diverse Horizons facilities – offering education for citizens from pre-school to senior citizens on environmental sustainability and social equality through a revolutionary curriculum at a revolutionary facility. The curriculum will train and retrain the local community in vocational education for future green jobs. Additionally, the facility will act as a centre for community cohesion, connecting the school system to the broader community through vocational training, collaboration with local businesses, and various athletic and recreation programs as well as programs in the arts.

By utilising influencers of European, African, and Asian descent, inclusive of multi-racial and multi-cultural influencers as well, Mr Marshall is attempting to embark on pioneering the world. By implementing Diverse Horizons globally, he hopes to collaboratively bring a globally connected network of community facilities that drive global sustainable development goals, with ‘green’ vocational learning, arts education, and recreation.

The many struggles humanity is facing demand a visionary and cohesive effort to remedy. The Diverse Horizons culture is centered on sharing cultural, scientific, and spiritual lessons from governments, educational organisations, and investors on a global scale through local establishments. It seeks nothing less than to create a new paradigm by utilising modern tools such as the Internet and big data from the 4th Industrial Revolution to connect our global community and usher in a new wave of ideologies and innovation. Mr Marshall is currently seeking investors and supporters to join him in his unique endeavour, and would like the opportunity to collaborate, not compete, with other corporations and nonprofits to meet common goals of environmental sustainability and social equality.

Over what timeframe do you expect Diverse Horizons to expand from Anyang and make a global impact?

This is the magic question. My approach to this issue is the same as the marathon-like approach I took to manifest this massive project, which is a step-by-step approach. Thus, I believe that the concept of time is relative for this issue. I must first graduate from my doctorate program, then protect various entities of my company products through the government in my home country. Thereafter, I can begin to collaborate and strategize developing facilities in the various cities of the world. Nevertheless, I do have a wish list for establishing the first three facilities. I think it would be poetic justice to establish the first two facilities in South Korea and in North Korea with plans to establish more. Also, it would be an absolute honor to collaborate in establishing a facility(s) in dedication to the late great NBA legend Kobe Bryant. 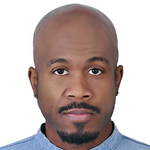 Tony Marshall is the Founder, President, and CEO of Diverse Horizons, Inc. and The Diverse Horizons Foundation, which he has been incubating for two decades. The corporation provides customised and globalised products and state-of-the-art multiuse facilities for local communities, while the foundation increases community awareness and improvements through education, recreation, and culture.

Through his corporations Diverse Horizons, Inc. and The Diverse Horizons Foundation, Tony Marshall is working to build community-based facilities, complete with custom curricula, pedagogy, and supportive tangible products for the global market, which tackle some of humanity’s gravest crises. The bigger picture is to develop a network of community-based facilities that will interconnect, communicate, and operate globally, as well as interplanetary, thus forming an operating system similar to the nervous system of the human body with each facility serving as ‘neurons’. In addition, a wide range of supportive tangible products are being developed to assist in both funding and operating the mission of the ‘Diverse Horizons’ concept.

The nation and citizens of South Korea, Anyang University, The City of Anyang, Anyang citizens, Diverse Horizons, Inc., the Diverse Horizons Foundation, and the United States of America