Earth & Environment
Accurate earthquake forecasting is still a major challenge for geophysicists. The sudden and intense shaking of major earthquakes can cause severe damage to infrastructure and loss of life. Dr David Rhoades and Dr Annemarie Christophersen at GNS Science in New Zealand have developed a forecasting model using the seismicity patterns of earthquake precursors. They hope to make earthquake forecasts more informative, helping communities in seismically active locations around the world.

Earthquakes are one of the most violent and destructive natural hazards on Earth. Every year, millions of people around the world are affected by earthquakes. Buildings can collapse, infrastructure is damaged and the secondary effects of earthquakes, such as tsunamis and landslides, can be equally as devastating.

Shaking the Earth
The Earth’s crust is not a smooth, single piece of rock, but is made up of many broken sections, called plates. These move slowly, scraping past each other at just a few centimetres per year. Friction and the irregular rocky texture of the Earth’s crust often cause them to jar against each other and get stuck for periods of time. This builds up large amounts of strain energy, and when the plate finally moves again, this stored energy is released in a sudden burst, shaking the surrounding crust and generating an earthquake. Complex networks of fractures and faults spread out through the crust from the plate boundaries. Here, strain energy can also build up as the rocks are slowly pushed and pulled around, eventually causing earthquakes away from the main plate boundary as the energy is released during movement along fault lines.

The nature of earthquakes makes them inherently hard to predict. No one earthquake is identical to another, as they vary in depth within the crust, the amount of energy released and how the rock around them responds. Scientists measure the magnitude of the earthquake by measuring the seismic waves: the energy released from the earthquake moves in waves through the crust as well as the centre of the earth and these vibrations, the seismic waves, can be measured around the world. 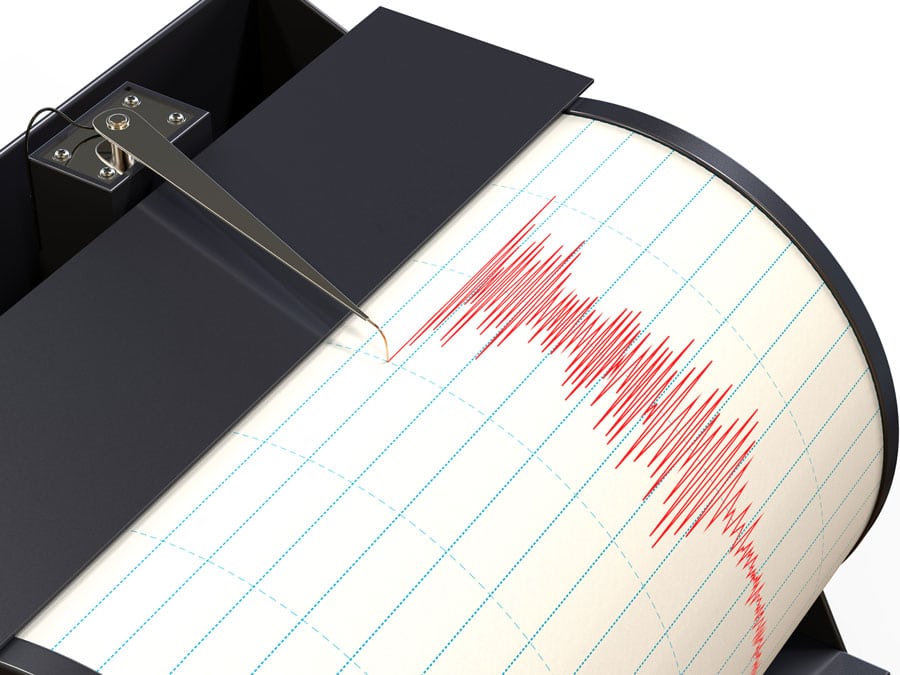 Earthquake forecasting has been a challenge for the geophysical community for many years. Dr David Rhoades and Dr Annemarie Christophersen at GNS Science in New Zealand have been developing an earthquake forecasting probability model using seismicity patterns (the frequency of earthquakes in an area) that has advanced earthquake research and can provide information for at-risk communities around the world, potentially saving lives.

Clusters of earthquakes prior to a major event act as earthquake precursors.

The EEPAS Model
Dr Rhoades and Dr Christophersen have been working to improve a model for earthquake forecasting based on the precursory-scale-increase phenomenon. The Every Earthquake a Precursor According to Scale (EEPAS) model uses the relationships between the magnitude of the preshocks, the magnitude of the large earthquake, and the period and area occupied by the preshocks to forecast the probability of future large earthquakes within a specific region. The model assumes that every observed earthquake may be a preshock of a larger earthquake to follow. The team can collect information about earthquakes over a defined period to generate an earthquake forecast that gives a likelihood of earthquakes occurring at any future time, location and potential magnitude.

The model was initially developed using data from New Zealand earthquakes. New Zealand’s location on the boundary between the Australian plate and Pacific Plate means that it experiences thousands of earthquakes every year, with at least a hundred of these strong enough to be felt. The model used the data on previous earthquakes to forecast shallow earthquakes with a magnitude greater than 5.75 between 1965 and 2000. By applying it retrospectively to data from New Zealand, it was possible to test the forecasting ability of the EEPAS model.

Using the EEPAS Model
Versions of the EEPAS model have since been applied to earthquake data from all over the world, including California, Greece and Japan. It has been evaluated by the international Collaboratory for the Study of Earthquake Predictability (CSEP) group who regularly conduct earthquake model testing. The EEPAS model performs better as a probability forecasting model compared to other similarly designed forecasting models.

Being able to forecast when and where a major earthquake is more likely to occur is important for at-risk communities. Mitigating the effects of earthquakes by ensuring adequate preparations are in place will save lives and reduce damage to the community. The EEPAS model has been used in combination with other models based on aftershocks for forecasting earthquakes in New Zealand following major earthquakes in the Canterbury area and the 7.8 magnitude earthquake near Kaikoura in 2016. The model was used to inform the rebuilding and planning of infrastructure following these earthquakes where it was required to cover a forecast period of up to 100 years. This provided a new challenge for Dr Rhoades and Dr Christophersen as the EEPAS model underpredicts the probability of earthquakes when attempting to forecast starting from a point several years ahead (a time-lag).

Overcoming the Time-Lag
In their most recent paper, Dr Rhoades and Dr Christophersen compensate for this time lag. The issue is caused by missing data. As the model is required to forecast several years in the future, there is no precursory earthquake data to input into the model for this period. The ‘completeness’ of precursory earthquake information depends on the magnitude of the major earthquake and the length of the time-lag. The model has two main components: a time-invariant component and a time-varying component. The team tested different methods of compensating for incomplete data, by boosting either the time-invariant component or the time-varying component.

The EEPAS model has been applied to earthquake data all over the world, including New Zealand, California, Greece and Japan.

Ultimately, Dr Rhoades and Dr Christophersen found that a combination of these two methods provided the best results for making forecasts across a time-lag. They again tested the newly compensated model design using earthquake data from New Zealand. They found that the updated model showed a much-improved performance with time-lags up to 12 years. The EEPAS model was able to make annual probability forecasts of earthquakes with a magnitude between six and eight on the Richter scale up to the year 2030, based on data on previous earthquakes up to 2018. While the likelihood of an earthquake of this strength remained low, the probability was much higher than in previous years, suggesting central New Zealand may continue to experience more earthquakes than in previous time periods until at least 2030.

The future of EEPAS
By overcoming the problem of time-lags, the EEPAS model continues to outperform other earthquake forecasting models. However, this is not the only improvement the team hopes to make to the model. The physics behind earthquake generation are complex, and our understanding of the Earth’s dynamic crust is constantly evolving. Geophysicists use numerical earthquake simulators to create synthetic earthquake data, allowing in-depth study of many different earthquake scenarios.
The precursory-scale-increase phenomenon, where precursor earthquake clustering is indicative of a forthcoming major earthquake, is also seen within these synthetic earthquake datasets. Applying the EEPAS model to this synthetic data will help geophysicists to understand why this phenomenon occurs. Additionally, further applying the model to a wide variety of earthquake data will help to develop its forecasting abilities.

Ultimately, being able to provide more accurate forecasts of major earthquakes is of real importance to communities who live within seismically active zones. A forecast of when an earthquake might occur allows proper preparations to be made to mitigate the impacts on life and livelihoods.

What first sparked your interest in earthquake forecasting?

<> David: In 1976 I was approached by Professor Frank Evison, who had noticed that swarms sometimes precede major earthquakes and had found a correlation between the size of the swarm earthquakes, the size of the major earthquake and the time between them. He requested statistical help with using swarms to forecast large earthquakes. For several decades we collaborated on testing this precursory swarm hypothesis. Eventually, we realised that precursory swarms were a special case of a more general phenomenon – the precursory scale increase – which, via the EEPAS model, proved more amenable to rigorous testing using the methods of statistical seismology.

Annemarie: I first got interested in earthquakes and plate tectonics when travelling New Zealand in 1996 exploring the beautiful scenery and looking for a PhD research topic. At Victoria University of Wellington, I met Prof Euan Smith, who had just discussed a possible student project with David Middleton, then the CEO of the New Zealand Earthquake Commission (EQC). EQC was interested in the “duration” of an earthquake for re-insurance purposes, leading to the topic of my PhD thesis “The probability of a damaging earthquake following a damaging earthquake”. More recently I have been working on understanding why precursory seismicity occurs. 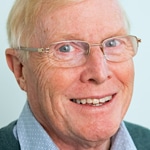 David Rhoades is a Principal Scientist at GNS Science, New Zealand. He completed a BSc (Hons) degree at Victoria University of Wellington and MS and PhD degrees in mathematics at the University of Minnesota. He has worked on testable earthquake forecasting models since 1977, beginning with models based on precursory swarms. 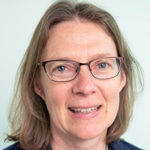 Annemarie Christophersen is a senior scientist with GNS Science, New Zealand, and leads the Earthquake Physics and Statistics team. She completed the equivalent of a Master’s in Physics at Christian-Albrechts-University, Kiel, Germany, and a PhD in geophysics at Victoria University of Wellington, New Zealand, on the probability of large earthquakes.

Drs Rhoades and Christophersen’s work aims to improve the performance of earthquake forecasts.

Food security in an insecure world: Modelling self-sufficiency
Earth & Environment
Read This Article
The child deficit and the changing value of children in Asia
Behavioural Sciences
Read This Article