Thought Leaders
Evolution has been shaping our planet’s inhabitants for billions of years, and it continues to do so. Since its inception in 1987, the European Society for Evolutionary Biology (ESEB) and its members have worked to further our understanding of the complex subject, and its president Professor Laurent Keller is no exception. Professor Keller spoke with us at Research Outreach about the society, his experience as president, and where he sees evolutionary biology in the future.

The European Society for Evolutionary Biology (ESEB) has approximately 1,400 members mainly from across Europe. From students to professors, members of the society share a passion for evolutionary biology. Since it began 30 years ago, the society has shaped the direction of research into evolution throughout Europe. It has helped researchers by providing a networking platform, conferences and funding and introduced two academic journals. At the forefront of the ESEB is Professor Laurent Keller a Swiss evolutionary biologist.

Research Outreach spoke to Prof Keller about all things evolution, from what it is like to be president of the society to where the future of evolutionary biology is heading. He discusses why evolution should play a part in medical research, and the countries that are leading the way in evolutionary biology.

How has ESEB evolved over the years since its inception back in 1987, and what are the society’s current main strategic focuses?
<>There has been a large increase both in our membership and our finances. We receive more money now, which has allowed us to develop quite a few different products. For example, ESEB is financing outreach projects for more than five years. This has turned out to be one of our most successful and popular initiatives, through which members are proposing highly creative concepts to bring the topic of evolution to the general public.

A more recent and related activity is called the Global Training Initiative. This is slightly different. It is designed more for scientists, but for countries where there is little research on evolution or a bad perception of evolution. We try to help scientists in these countries to meet and communicate together. This will typically be in countries where the topic of evolution and its research is limited, like in Turkey.

We provide the opportunity to develop different meetings and we also sponsor student meetings every two years. In addition to this, we provide special topic networks if people want to develop a new topic and so, they have a meeting to do that which we will also sponsor. 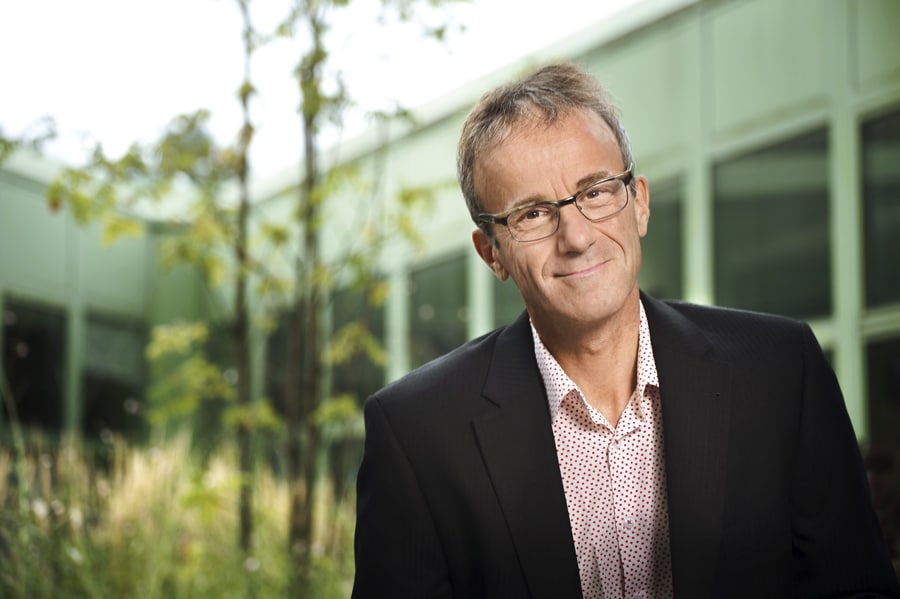 Do you think research for evolutionary biology receives as much funding and attention as it should?
<>I’d say it depends on which countries. In some countries, there are good funding opportunities like here in Switzerland, for instance. However, there are many countries in the world that tend to fund more applied research. In these countries, it’s more difficult to get money to conduct evolution-based research than in other countries.

The ESEB produces the wonderful Journal of Evolutionary Biology. What difference does it make in terms of spreading ideas and data?
<>The original aim of this journal was to aid the development of evolutionary biology research in Europe as this was more underdeveloped in comparison to the US. While evolutionary biology research was prevalent in some countries in Europe, like the UK, it was very limited or non-existent in other countries. I think the journal and the society have been very useful and successful in further developing the field of evolutionary research in Europe.

What do you make of the open access movement?
<>That is a difficult issue but a very important one. Editors and publishers of scientific journals make a lot of profit. I truly believe in the concept of open access and the movement itself. Although, at some point, people must pay to publish and you have two options. The first option is where the researcher will pay to publish or the second option being that the readers pay an article access or subscription fee. I think neither of these two options are perfect. However, the worst case can be journals which are not open access but allow authors to pay to have their articles open access. Although they claim the contrary, I believe those journals get paid twice (by libraries which subscribe to the journal and by authors who want to make their article open access). In my opinion, it should be either those publishing or those reading who pay – not both.

ESEB offers several award initiatives to show recognition for evolutionary biologists, including the Presidents’ Award in which you have a large say in whom the award goes to. How difficult is it making that decision?
<>The Presidents’ Award is a new award, so there’s only been one person who has received it. We have our next meeting in the summer of 2018 in Montpelier where myself, the previous president and the president-elect must select a researcher for the award.

We also have the Maynard Smith’s Award, which is given to young researchers, and this has been quite successful. There’s a special committee where people can nominate researchers for the award and then the committee selects from the nominees.

From a more personal perspective, your research has seen you win numerous awards yourself over the years, including the Marcel Benoist Prize in 2015. Does winning these awards make all your work feel worthwhile or are they just an extra bonus for you?
<>I always enjoy conducting research and my work was already recognised before receiving the award, so I see it more as an added bonus. I think it is a fantastic recognition and every researcher naturally likes to be recognised.

ESEB hold a congress once every two years. How successful are these events and how important are they to ESEB as a society as well?
<>These events are extremely successful. The previous ESEB congress was in Lausanne, and we had to limit the number of participants. We are now reaching a stage where we have approximately 1,400 people applying, and for many places, it’s difficult to host an event with such a large number of people. Therefore, those meetings are extremely successful to the point that they become almost too large.

Humans have evolved; therefore, we must understand evolution and our interaction with other species, to obtain
a better basis of understanding

Fast-forwarding ten years into the future, what kind of state would you like the field of evolutionary biology to be in? Are there any areas you are particularly excited about over the coming years?
<>I would hope to see that there’s more interaction between different fields and evolutionary biology. I can think of at least three different fields. One is primarily medicine. When talking to a medical practitioner, I would point out that, “Humans have evolved; therefore, we must understand evolution and our interaction with other species to obtain a better basis of understanding”. For example, with the AIDS virus, people have now realised it’s evolving. We need phylogenies (a phylogenetic tree is a branching diagram or “tree” showing the inferred evolutionary relationships among various biological species or other entities) to understand where viruses come from. So that’s one field that is developing – the interaction between evolution and medicine.

The same is also true with agriculture. The animal species we are consuming have greatly evolved over the last thousands of years because us humans have selected species to be more productive.

The third field linked to evolutionary biology that is also very interesting, is molecular biology. I think there is a lot to benefit by having more interaction between evolutionary biologists and molecular biologists. People have started to realise that there are many ways in which an organism can regulate gene expression. All these processes evolved by natural selection, and I am sure there is still a lot to learn about the selective forces acting on gene regulation and the evolution of our genomes.

Pure and sound: Isolating the finest RNA from jute
Biology
Read This Article
Measure what you treasure How Global Footprint Network is using data to show people how to protect our planet
Thought Leaders
Read This Article