Behavioural Sciences
We are all familiar with the term ‘emotions’ and experience a myriad of good and bad feelings every day. But what do we really understand about their biological origin or purpose? In a thorough analysis and integration of existing theory and literature, Katherine Peil-Kauffman redefines emotion as a sense, a complex elaboration of the first simple sensory system to have evolved. She suggests that our everyday emotional feelings actually serve as an innate guidance system that is essential to optimal human health, psychosocial development, moral conscience, and even spiritual experiences.

Philosophers and psychologists alike have struggled to answer the questions: What is the nature of human emotion? Why do we experience good and bad feelings? Where do they come from? But the emotional system is vastly complex, with entangled strands shooting off in dizzying directions. Emotion is fully embodied, from skin sensations to cellular activity and even immune regulation. Yet it is also central to cognition, motivation, learning and culture, even spiritual identity. Any coherent assembly of the evidence has been so difficult that some investigators deny the emotion to be a useful concept in psychological theory. Others offer limited evolutionary interpretations, depicting emotion as outdated, even dysfunctional.

Peil-Kauffman argues that such conclusions have been pre-emptive, confounding and contrary to the empirical facts. Traditionally, researchers and theorists focused on specific aspects of emotion, without stepping back and looking at the system in its entirety. She argues that a deeper investigation and an interdisciplinary approach are required, asking the question: What does emotion do for the living creature as a whole? What is its biological function?

Reformulating the approach
Peil-Kauffman explains that by taking a holistic approach to emotion, an ancient self-regulatory guidance system is revealed. She suggests that emotion is best understood as a primal sense, the grandparent of all senses, still evident within touch, smell, sight, and sound. Just as these other senses offer cues about the external world, good and bad feelings provide a stream of evaluative information about important environmental changes. The biological job of the emotional sense is to regulate “the self”, to inform and control living creatures in response to circumstances that are potentially harmful or beneficial. Peil-Kauffman points out that emotion both moves the body and informs the mind, the mechanism that delivers the animation and guidance once attributed to a vital or supernatural force. Yet it began as a humble biochemical feedback signalling and control loop, like the kind engineers now design to control guided missiles and artificially intelligent robots.

Emotion, not reason, is where the values that govern our behaviour in modern society come from.

Central to this argument is an understanding of the early emergence of the emotional sense, its evolutionary development and informational enrichment along the way. Although still awaiting notice, human feelings now contain three levels of information, reflected in the structure of the brain. The oldest of these worked on a ‘good-for-me’ or ‘bad-for-me’ basis, delivered by simple signals like pleasure and pain. They say yes to life and no to death, moving the body away from bad stuff (like poison) and toward good stuff (like food and mates). They also served as a digital code like the 0s and 1s used in computer processers, forging the first crude memory structures and igniting the growth of mind. Peil-Kauffman suggests this to be most the important level because it encodes the logic of natural selection: Together, pain and pleasure serve the dual imperatives of self-preservation and self-development (Darwinian survival and adaptation – via the mind).

The second layer of information is delivered by the basic emotions e.g., joy, sadness, disgust, anger and fear, mapping neatly onto the middle structure of the brain, the limbic system. These basic emotions specify a set of psychosocial human needs that together mediate and prioritise the deeper imperatives. She notes that most of these five basic emotions are painful, urgent distress signals saying no to physical and social environmental conditions that threaten bodily survival. The third and newest layer of emotional information concerns the holdings of the mind, processed within the neocortex. It offers meaningful blends and shades of the basic emotions, in such complex, “social” or “moral” emotions as trust and mistrust, pride and shame, gratitude, contempt, envy, admiration, love, and hate. This is the most personally tailored dimension of information, forged by ongoing learning experiences, shaped by language, culture and creative will power. Complex feelings address the adaptive quality of individual mindscapes, our belief structures, social strategies, habits and attitudes.

Emotional Sentience and the Nature of Mind
The idea of an emotional self-regulatory guidance system with its origin in the earliest forms of life, challenges the assumption that only humans experience emotion. It also adds to the philosophical debate as to the origins of the mind. The model put forward by Peil-Kauffman proposes that the emotional feedback control loop itself – emerging eons before the brain – served as the first form of mind. While science may never offer objective proof of subjective experiences, feeling signals are evident in the control mechanisms of even the simplest organisms. For example, examination of the chemical machinery of the Escherichia coli (E. coli) bacterium exposes the same interactive feedback control loop between organism and its environment, the same stimulus-response behaviour, and the same evaluative memories that undergird our own emotions. Indeed, this same chemistry, along with its binary (on/off, yes/no) logic, is utilised in cell signalling cascades throughout the entire body, central players in genetic, epigenetic and immune regulation. This constitutes the bottom-up (body-to-mind) flow of information, which together with the brain’s top-down (mind-to-body) emotional experiences subserve a bidirectional self-regulatory feedback circuit. Peil-Kauffman suggests that the top-down “stress” chemistry of the emotional sense is likely to be involved in positive – or negative –health outcomes and developmental trajectories ranging from psychosomatic placebo and nocebo effects to the development of intact moral conscience.

Implications of the new approach
A narrow approach to emotion has led to emotional feelings and behaviours being written off as irrelevant remnants from our evolutionary past, not needed for modern life. We are encouraged to override and suppress them with rational thought, if not pharmaceutical intervention. Peil-Kauffman argues that this is a grave mistake. Emotion, not reason, is where the values that govern our behaviour in modern society come from. “Good” and “bad”, “right” and “wrong” are concepts based on the yes/no evolutionary logic of emotion and hold no legitimate meaning outside of these universals.

Understanding this brings values themselves within the province of science, and adds an important chapter to the evolutionary story. From the beginning, living creatures have been active participants in their own evolution, each equipped with real-time emotional feedback about how well they are doing. When this information is embraced over time, individual fitness increases, painful experience decreases, and the creature enjoys ever more flexible freedom and creative control. Peil-Kauffman emphasises that adaptive self-development – from building optimal mindscapes to complex cultural landscapes – becomes the main game, validated by increasingly positive emotional experiences, the True-North beacon for actualisation of innate potentials. She also argues that when survival is truly at issue the four basic pains (sadness, fear, disgust, and anger) will suffice, but that a preponderance of complex negative emotions (mistrust, resentment, worry, rage, shame, hate, etc.) is a maladaptive aberration of human origin. The regularity and intensity of complex negative emotional experience marks the degree that we are getting it wrong – the degree that nature is selecting against us. Accordingly, understanding the deeper function of emotion also adds a new framework for moral and ethical theory, even interpretations of human spirituality.

Peil-Kauffman points out that both science and religion are guilty of misunderstanding emotion, missing its vital messages, even blaming the messenger. While science ignores emotion as the biological source of value, religion confounds its evolutionary logic within social constructions of ‘good’ and ‘evil’, even framing negative emotions as evidence of sin. Yet they credit supernatural deities for the myriad “fruits of spirit”, the divine inner “wisdom of the heart” delivered naturally by such positive emotions as wonder, curiosity, trust, honour, gratitude, compassion, faith and love. Designed without the benefit of nature’s emotional compass, many sociocultural approaches inadvertently reverse the evaluative logic, increasing the very conditions that trigger basic distress signals. Indeed, humans have pressed all painful feelings into the service of punishing and controlling one another – a third-party perversion of nature’s personal guidance system. We routinely employ ideas, social mores, regulatory authorities, and dominance hierarchies that instil fear, shame, humiliation, guilt or terror to gain behavioural submission. But such tactics doom us to failure. For eventually disgust and anger over injustice, loss of dignity, freedom and empowerment will sweep in – rightly so – to protect our non-negotiable self-regulatory agency. In short, the emotional guidance system has been hijacked and weaponised for social manipulation and coercion, perpetuating endless cycles of suffering, conflict, and needless self-destruction. But this new science offers both realistic interventions and optimistic pathways forward. For we have yet to explore and cultivate the entire dimension of positive emotional experience, to begin enabling and unleashing the greater truth, beauty and goodness inherent in our human nature.

Summary
Peil-Kauffman’s paper unifies the many diverse theories and literatures on emotion from a broad range of disciplines, and she draws on an abundance of empirical evidence from each of these to make a compelling argument. Her interdisciplinary approach, and expanded, inclusive definition helps to elucidate the biophysical function of emotion as a sense that serves the purpose of self-regulation. Importantly, her model is fully testable, it integrates many seemingly contradictory empirical studies, and many of its predictions are already notable in research across the social and physical sciences.

She notes that the model is not without its vices, such as the requirement for researchers to overcome the traditionalist approaches, both theoretically and practically, and the revisions to vocabulary that a broader approach necessitates. However, it is the first model to offer a biologically justifiable function of emotion, and the virtues of this are surely worth overcoming the challenges. Indeed, the model has important implications relevant to all of us, empowering us to trust in and use our everyday emotions to guide thought and behaviour. It gives purpose to our feelings and offers an optimistic portrait of human nature.

Assuming the scientific community are willing to engage with your improved, reformulated approach, what would you say is the next step in terms of research and development of the model?

<>The first step would be to abandon the time-honoured naturalistic fallacy and examine the evolutionary logic evident in animal behaviour. Further investigation into the general dynamics and information processing capacities of complex networks exhibiting “edge-of-chaos” criticality may provide even deeper biopsychical grounding for the feedback arrangement and binary logic. Ultimately, the emotional system keeps living systems poised between overly rigid order and overly chaotic change. The signature of criticality has already been found in brain dynamics, the flocking behaviour of animals, and in genetic networks. For social scientists, a reinterpretation of the literature through this biological lens would be fruitful.

The purpose of emotion: An overlooked self-regulatory sense was last modified: July 29th, 2020 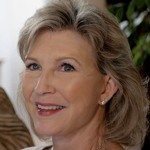 Katherine Peil-Kauffman is Founding Director of non-profit EFS International, whose mission is fostering global emotional wisdom. With degrees from University of Washington and the Harvard Divinity School, she writes and speaks on the function, evolution, physio-chemical, and informational nature of emotion, its role in optimal health, development, psychological function, moral reasoning, and spirituality.