Health & Medicine
Lung cancer patients could one day receive faster, cheaper and more accurate diagnoses thanks to extracellular vesicle DNA found in liquid biopsies. These were the findings of a research team led by Professors Kye Young Lee and Jae Young Hur of Konkuk University’s School of Medicine. Their work offers an alternative to invasive tissue biopsies which are currently used to detect cancer and determine treatments.

Lung cancer is the biggest tumour-related killer worldwide, accounting for 1.6 million deaths per year. Currently, doctors rely on biopsies – invasive procedures that involve taking tissue samples to determine the presence and extent of disease – to diagnose cancers and define the best course of treatment. In fact, patients are increasingly having multiple biopsies during treatment as doctors try to prevent or detect cancers’ resistance to targeted drugs and immunotherapies.

However, while demand for biopsies increases, the chances of obtaining adequate tissue samples in later stages decreases, as patients become more susceptible to infection and other diseases, preventing them from having the procedure. Furthermore, the asymptomatic nature of lung cancer and lack of efficient diagnostic methods means the disease can often reach its later stages before a patient sees a doctor for their first biopsy, leading to poor prognosis.

As a result, researchers have turned to liquid biopsies, such as blood tests, to detect cancerous DNA. The more efficient and less invasive nature of these tests mean that cancers can be detected with minimal risk to the patient and – once optimised – could even become a routine measure to help doctors detect cancers sooner and improve patient outcomes.

However, finding enough cancerous DNA in blood to achieve truly efficient and accurate testing is challenging. Initially, researchers focused on circulating tumour DNA (ctDNA), however, there is only a very small amount of ctDNA in the blood, making it difficult to detect. And while some studies have shown relatively high rates of detection – or sensitivity – ranging from 66% to 78%, others have only achieved sensitivities ranging from 28.8% to 46%, rendering it unsuitable for diagnostic use.

Fortunately for researchers, doctors and patients, cancer cells secrete more EVs than healthy cells, making them – and the cancerous DNA – more abundant in body fluids. This, combined with the protection EVs offer DNA from degradation, make EV DNA easier to detect and a better target than cell-free DNA (cfDNA).

Testing in non-small cell lung cancer patients
To see if EV DNA lived up to its promise, Professors Lee and Hur decided to explore it in non-small cell lung cancer (NSCLC) patients, which account for 85% of lung cancer cases. Here, EVs were obtained through liquid biopsies of plasma and bronchoalveolar lavage fluid (BALF). (A bronchoalveolar lavage is a saline wash of the bronchial and alveolar spaces in the lungs, where saline displaces the EVs and any other extracellular material and the resulting mixture is sucked up for examination. A bronchoscopy is done at the same time using a fibre optic cable so that pulmonologists and surgeons can see any diseased tissue.)

Once isolated, the EVs were broken up and the cancerous DNA retrieved for sequencing. In particular, the researchers wanted to check that the sequences of the epidermal growth factor receptor gene (EGFR) found in plasma and BALF EV DNA matched those found in existing tissue samples. They chose the EGFR gene because its encoded protein helps control cell growth, division and survival and mutations in the gene have been associated with lung cancer.

The hope was that the three sample types would be in complete agreement for each patient and show that liquid biopsies could definitively replace solid tissue biopsies.

Professor Lee and his team chalk plasma EV DNA’s reduced sensitivity down to sample contamination. In their 2018 paper, they explain that lipoproteins present in the plasma are very similar to those of EVs, preventing them from completely isolating EVs and interfering with analysis.

They also suggest that distance could play a role in a sample’s ability to demonstrate cancer status, where BALF EV DNA’s close proximity to the lung cancer helped it to better display tumour status than circulating EVs and DNA.

However, after about a year of use, patients with EGFR mutations such as Exon 19 deletion and p. L858 R often acquires resistance to EGFR-TKIs and need alternative treatments.

To ensure the next set of treatments will be effective, doctors need to confirm that patients have the mechanism of resistance caused by a mutation in
p. T790 M.

As a result, the researchers surveyed biopsies from nine patients with acquired resistance to EGFR-TKIs for the p. T790 M mutation. Of these, six were tested using BALF EV DNA and cfDNA obtained from liquid biopsies as well as a conventional tissue biopsy. The remaining three patients only had the BALF EV DNA and cfDNA samples as tissue samples were unattainable for various reasons.

Here, BALF EV DNA revealed that five of the nine patients had the p. T790 M mutation while cfDNA only detected it in three out of nine patients. However, these tests are still more sensitive than tissue biopsies which only exposed the mutation in two patients – including two from the BALF EV DNA and cfDNA test.

Furthermore, two of the patients newly identified as pT790M carriers by liquid biopsy showed positive responses to the subsequent Osimertinib, a third-generation TKI designed to target the pT790M mutation.

Finally, while further studies into EV DNA is needed to confirm their ability to detect other cancers and mutations, Professors Lee and Hur believe that their research could lead to the identification of new biomarkers and help the advancement of precision medicine.

How long do you think it will take before liquid biopsies overtake tissue biopsies in cancer diagnosis and treatment?

<>At present, liquid biopsies require advanced technology not widely available in hospitals and medical labs. Most liquid biopsies are performed with blood, as it is the most conveniently drawn and frequently tested body fluid. However, because of its complex composition, results are often inconclusive or complicated. Therefore, liquid biopsy technique should be able to reduce cost, solve the problem of interpreting complicated results, and explore other bodily fluids to widen the use for cancer diagnosis. Discovery of a new technique and then application into the actual field often takes years, but liquid biopsy technique seems to have reached the level applicable to undiagnosed patients. There is currently lots of excitement in the field of liquid biopsy as we are sure this could lead to further research and advancement in the early detection and treatments
of cancer patients. 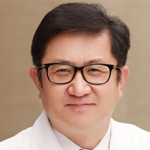 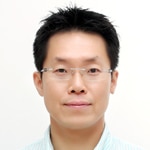