Health & Medicine
Topoisomerases are enzymes that are abundantly present in our cells and can temporarily cut and rejoin our DNA to remove knots and tangles that form during important biological processes. If they fail to do their job, cells may die. Some anti-cancer and anti-bacterial drugs alter this natural process to eliminate unwanted cells. Dr Neil Osheroff, professor of Biochemistry and Medicine at the Vanderbilt University School of Medicine, has spent many years investigating how topoisomerases cut and rejoin DNA, and how we can leverage this knowledge to design better drugs.

Deoxyribonucleic acid (DNA) holds all the genetic information of a cell. It is an instruction manual, providing cells with information on how to grow, function, reproduce and more. It is written in a four-letter “alphabet” or “code”. Each letter is known as a DNA base. Individual cells contain a staggering six billion DNA base pairs, linearly arranged one after another. The total length of DNA within each nucleus is two metres, while the total length of DNA within roughly 37.2 trillion cells in the human body is 60 billion kilometres. The distance between the earth and the moon is merely 384,400 kilometres. How is this possible?

The DNA double helix has multiple layers of packaging, to fit within the 5-10 micrometre-sized nucleus. This three-dimensional folding of DNA is important for how proteins, ions, and other molecules can access and interact with DNA during vital cell processes. Such processes include the copying (replication) of DNA when cells divide, the coding of DNA into RNA (transcription) as a prelude to protein synthesis, and the repair of DNA when damaged bases are detected.

Relax, the topoisomerase is here
DNA in the cell can over-twist or under-twist, ending up in what we call a supercoiled state where it twists around itself to relieve torsional stress exerted on the double helix. DNA can be either negatively supercoiled (left-handed/counter-clockwise twisting or under-winding) or positively supercoiled (right-handed/clockwise twisting or over-winding). The extreme compaction of DNA in the cell exacerbates issues related to DNA supercoiling.

It’s OK to take a break. Topoisomerases cut DNA to release tension created by twists and turns in the double helix.

Typically, DNA is negatively supercoiled. This makes it easier to pull the two strands of DNA apart. As a result, proteins and other factors can more easily access DNA when needed for important cell processes. However, during events such as replication and transcription, the double helix becomes over-twisted (or positively supercoiled), which makes it more difficult to open DNA. This tension inhibits these processes. In addition, during recombination and replication, knots (i.e., links within a single DNA segment) and tangles (i.e., links between different DNA segments) are introduced into the double-helix. Knotting and tangling prevent progression of cell functions. To avoid detrimental consequences, torsional stress as well as knots and tangles in DNA must be managed. This is accomplished by a group of enzymes called topoisomerases that act by transiently breaking and re-joining the DNA.

Everything around you is numbers
Precise mathematical expressions are used to describe supercoiling by comparing different coiled states to the relaxed state of DNA (in which it is under no torsional stress). Decades of scientific research have taught us that topoisomerases distinguish between relaxed and supercoiled DNA and can “see” and cut specific DNA sequences. For these abilities, topoisomerases have been referred to as the molecular mathematicians of the cell. However, many fundamental questions remain related to the precision and speed of their actions.

Dr Neil Osheroff, professor of Biochemistry and Medicine at the Vanderbilt University School of Medicine, has dedicated many years to understanding how topoisomerase enzymes work. In 2014, Dr Lindsey in Dr Osheroff’s team determined that the active part of topoisomerase II enzymes (the catalytic core) is responsible for sensing the supercoiling handedness of DNA while it is cutting and rejoining the double helix. However, the catalytic core is not able to independently rearrange DNA. A 2019 study by Dr Jang in collaboration with Dr Osheroff’s lab, monitored several steps in the activity of topoisomerase II enzymes to determine how a cutting site is selected, and how cutting and repair occurs. The team found that topoisomerase II first bends DNA, a critical step towards cutting. It then selects a cutting site, depending on the interaction between the protein and DNA. The rate of DNA bending is positively related to the rate of cutting, suggesting a linked mechanism. Metal ions associated with the protein-DNA complex throughout this process are critical and are important for DNA bending and both the cutting and rejoining of the genetic material. The ability to rejoin the DNA after cutting is critical and prevents permanent damage in the double helix.

Topoisomerases masterfully link a natural cellular process to the design of potent anti-cancer and anti-bacterial medication.

Benefits of irreparable damage
After cutting and relaxing (or untangling/unknotting) DNA, topoisomerases quickly rejoin the DNA backbone. If left unrepaired, breaks in the DNA can be lethal to cells. This natural DNA cleavage ability of topoisomerases is exploited to design some of the most commonly prescribed anti-cancer and anti-bacterial medications. These drugs typically act by stabilising the double-strand breaks created by topoisomerases and blocking the re-joining of cut DNA ends. These actions inhibit DNA repair and kill cancer or bacterial cells. Drugs in this category are referred to as topoisomerase poisons.

Dr Osheroff’s lab also tries to precisely understand how topoisomerase poisons work and aims to use this knowledge to design new drugs for cancer and bacterial infections.

The era of resistance
In recent years, there has been a rise of bacteria that resist commonly used anti-bacterial drugs. Resistance to topoisomerase-targeted drugs typically occurs because of alterations (mutations) in the bacterial DNA topoisomerases, gyrase or topoisomerase IV, which are responsible for interacting with the drugs. Scientists, including Dr Osheroff, have focused on defeating the resistance. In 2019, the Vanderbilt team studied how a new drug, gepotidacin, kills bacterial cells. This drug is a potent inhibitor of gyrase enzyme activity, and it is effective against bacteria that cause skin infections and urogenital gonorrhoea, as well as bacteria that are resistant to common antibiotics. The team discovered that gepotidacin promotes unrepaired cuts on one strand of the double helix and inhibits DNA supercoiling and relaxation of positively supercoiled DNA. Single-stranded breaks were stable for up to four hours – long enough to kill bacterial cells. 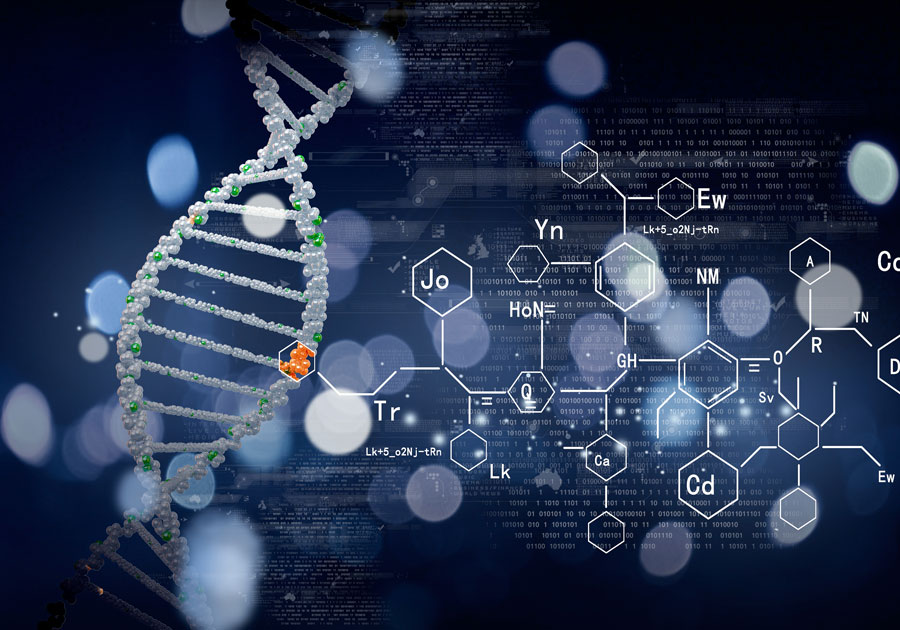 Overall, topoisomerases masterfully link a natural cellular process to the design of potent anti-cancer and anti-bacterial medication. These biological mathematical scissors can cut, relax, and re-join our DNA with incredible speed and precision so that our cells can be healthy. And if the desired outcome is to kill unwanted cells, then they just cut without repair. 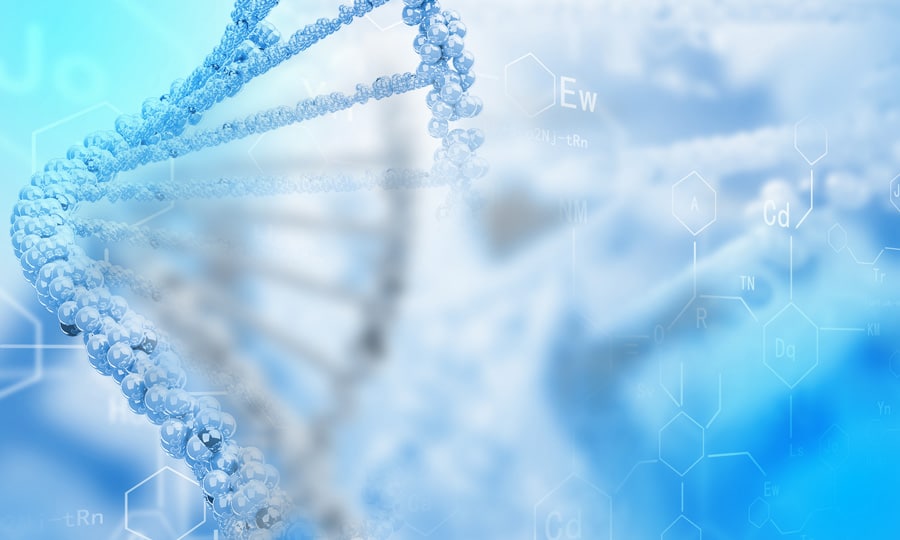 Are drugs that target topoisomerase enzymes selective for unwanted cells (e.g., cancer and bacterial cells) or can they also negatively affect healthy cells?

<> In contrast to antibacterial drugs, which have high specificity for bacterial type II topoisomerases, drugs that target human topoisomerases are generally not selective for unwanted cells. We depend on the fact that cancer cells generally have higher levels of topoisomerases (allowing drugs to induce more DNA breaks), higher metabolic rates (and consequently are more dependent on the actions of topoisomerases), and impaired DNA repair processes (and do a poorer job of fixing DNA breaks) as compared to normal cells. 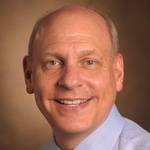 The Osheroff laboratory is currently funded by grant 1R01 GM126363 from the National Institute of General Medical Sciences and merit award 5I01 BX002198 from the United States Veterans Administration.

Dr Osheroff is indebted to all of the individuals who have worked in his laboratory over the years and to all of his many collaborators. 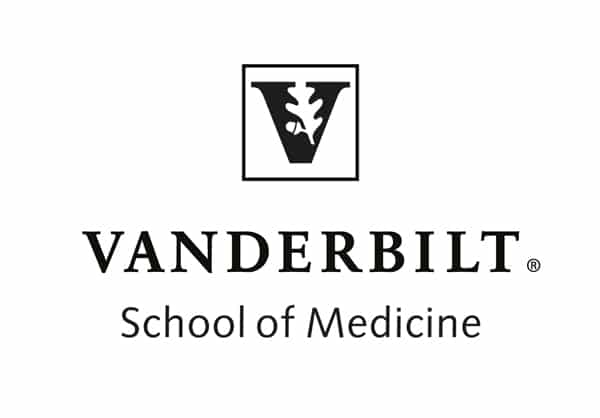