Engineering & Technology
Ergonomics is a crucial but misunderstood aspect of workplace safety. Companies generally approach ergonomics aiming for legal compliance, but Anca Mocan thinks we need a different approach. Ergonomics can be as basic as workplace training and as complex as robotic automation. Mocan has created a grading system for understanding ergonomic solutions, to keep managers better informed, so that they can improve not just productivity but also the wellbeing of their staff.

In offices, most likely the only time the word ‘ergonomics’ is said out loud is when people adjust their chairs, desks and monitors. Whilst companies generally try and promote ergonomic workplaces, most are likely only invested because they are legally required to be.

But what about manual labour jobs − in manufacturing, production and warehousing? In more dangerous environments, ergonomics surely becomes a headline issue. To an extent this is true. Ergonomics often finds itself at the forefront of company improvement, but once again, legal compliance is almost always the leading incentive for managers to effect ergonomic change.

This is a problem, because it means ergonomic improvements generally end up directed towards the most visible ‘core’ departments. In companies where production is the central business, other operations like warehousing and logistics get much less attention, being seen as side-arms of companies, secondary to the main operations. 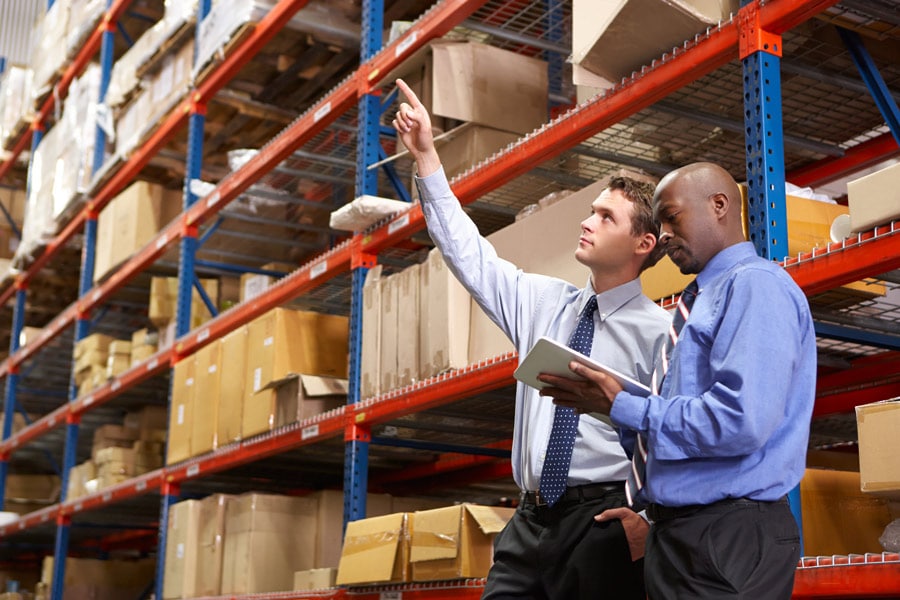 Ergonomic investment
Anca Mocan, PhD student at the Polytechnic University in Timisoara, Romania has been working as a Senior Engineering Consultant in process optimisation and supply chain improvement. Mocan has been performing warehouse analysis for a Belgian manufacturing plant, and believes there are better reasons for companies to invest in warehouse ergonomics.

Without proper investment in ergonomics, workers can become injured. This is a problem in itself, with knock-on effects of lower productivity. In the worst cases, workers may become completely unable to return to work. A compounding factor is that managers are often unaware of what ergonomics actually is, so struggle to see ergonomics as an investment which can have extractable value through higher productivity.

The good news is that ergonomic improvements in warehouses are easy to apply, and range from basic training to ‘Industry 4.0’ – new industrial automation technologies. Well-informed managers have the ability to improve both productivity and the lives of their staff. Mocan’s research focuses on translating ergonomic principles so that they are easy for managers to understand and implement. 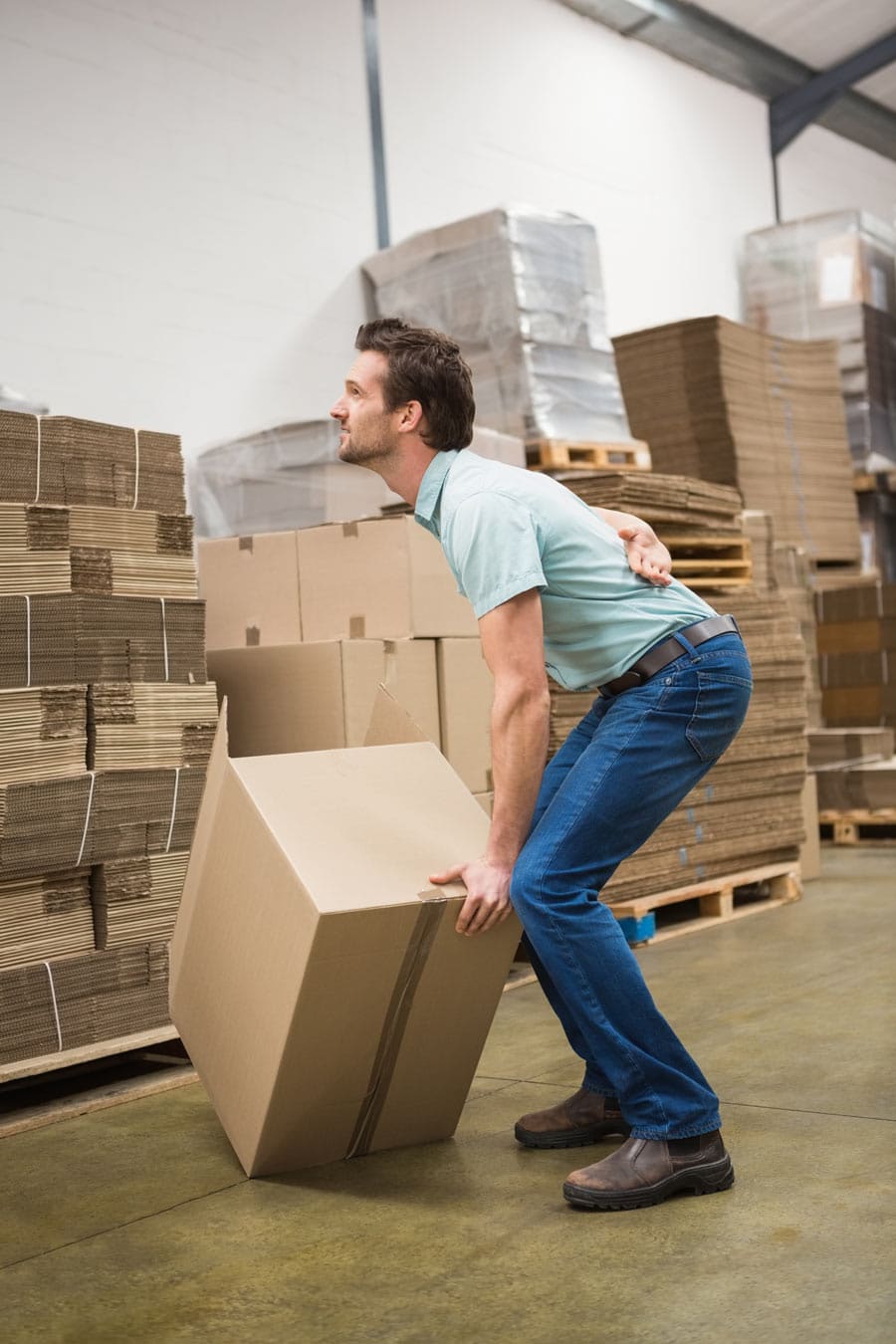 Mocan chose racks at random and sampled the weight of bins using a hand-held digital scale. Legislation in this area is surprisingly complex: Belgian law states that companies cannot ask their staff to lift more than 25 kg, and EU legislation uses the same weight as a maximum. However, implicit in the EU legislation is that the lifting conditions are ‘ideal’, meaning that the weight must be close to the body, lifted to hip height without any turn in the spine. Whilst most bins averaged a few kilograms, some bins were very heavy, reaching almost 30 kg. Internal guidelines should limit the weight of the bins to 20 kg – a weight surpassed by multiple bins.

Everyone can benefit when management structures
are created that understand the ergonomic environments of the workers they manage.

The highest racks, placed at 1.7 meters, should be limited to 10 kg according to EU recommendations. What’s more, these numbers are based on another assumption: that the person lifting is male. Maximum weights for women are slightly lower – a factor not accounted for by internal guidance. Using this information alongside data on the spread of heights amongst the Belgian population, Mocan found that racks are unsuitable for 30% of men, and 83% of women. This brought into discussion not only legal compliance, but also possible workplace discrimination.

Room to manoeuvre
Fixing the problem isn’t as simple as just putting less in each bin − there are other ergonomic factors at play. Taking into account the room needed to crouch and pull out a bin, the minimum adequate width for a gangway is 102 cm. Mocan found that the widest gangways scraped in just over, at 104 cm. The narrowest could be as small as 82 cm. 85% of gangways were inadequately wide, meaning workers have to approach bins side-on. This is important since purely bending while holding a weight and hurting your spine is less serious than twisting left or right while also bending Twisting while bending can cause serious diagonal lacerations that can sever the spinal cord and adjacent vertebrae in a way that is very difficult (and sometimes impossible) to heal.

Whilst observing this taking place, Mocan made an interesting logistical observation: the system of labelling the racks was difficult even for experienced staff to follow. Workers often lost time finding the correct items from bins, leading to consistent daily delays and mistakes.

Ergonomic Grading System
There were three ergonomic issues for Mocan to solve: that bins are uncomfortably high and heavy; the space between racks is too small a space to manoeuvre; and that labels are disorganised and hard to read. Mocan created a grading system to discern between possible technologies, taking into account how ergonomically efficient each solution is, and also other factors like the training effort and financial investment. Mocan was able to tailor the system to the company’s financial limitations by placing additional importance on the monetary factors.

Mocan assessed various options for each of the three problems, considering basic technologies like pick-by-light systems where workers are guided by LEDs to the correct part; and more advanced technology like a series of bins linked together to form a vertical carousel, and autonomous robots.

The vertical carousel came out as a top choice to reduce load. These systems bring bins to the correct height, reducing strain on workers. Standard machines are 3 meters tall, which would require rearranging the production line. The best system to improve the space between racks involved placing the racks on gliding rails, allowing workers to change the space to suit their work. To improve the efficiency of part-picking, Mocan’s system highlights the pick by light system. 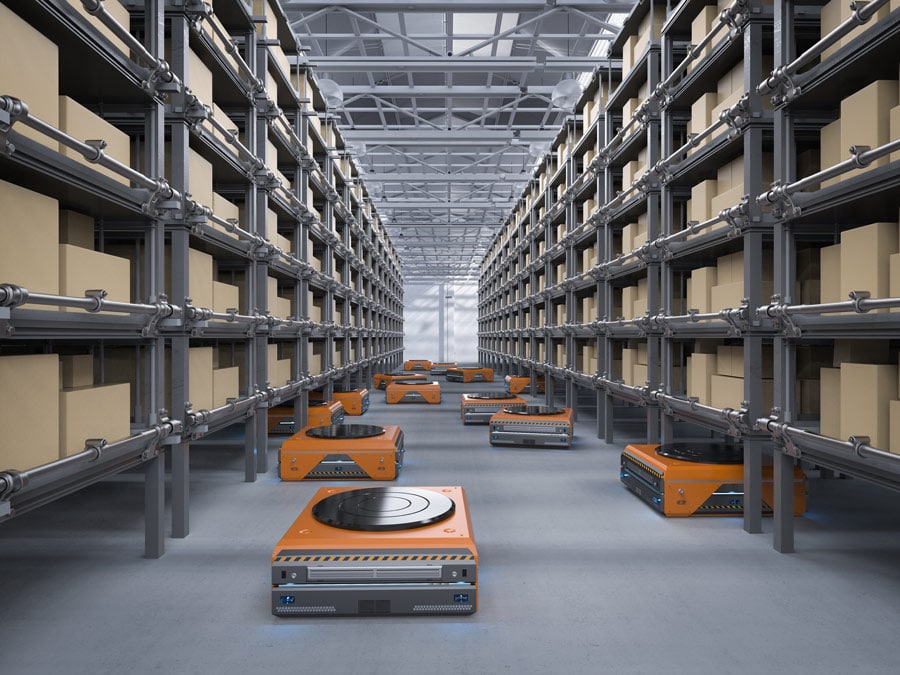 Improving Ergonomics
It’s not yet known which of the recommendations the company will take. Whilst some technologies would improve the workflow of the warehouse, they won’t solve every problem the company faces. Some of the systems would require an overhaul of the production line − a task which the company may feel is beyond the scope of their ergonomics review.

Mocan concludes that automation technologies aren’t the fix-all that some in the industry claim they will be. Smart, autonomous devices are most valuable when put to work in busy, optimisable environments, with lots of data to mine. But for some companies, there won’t be a return on investment. Her recommendation for companies: everyone can benefit when management structures are created that understand the ergonomic environments of the workers they manage. Even small changes in workplace environment can have a huge cumulative impact over an employee’s full working lifetime.

What kind of business will see the most value in Industry 4.0 technologies?

<> While all businesses will have something to gain from the application of Industry 4.0 technologies, in my opinion the biggest impact will be in manufacturing and logistics, where the process optimisation possibilities will have the biggest improvement boost. It will allow more process visibility, increase customer service and customisation and will allow the creation of better working environments for all involved.

We need to fix how we think about ergonomics was last modified: April 20th, 2020

Mocan, A; Draghici, A (2019). Automation possibilities in a low rotation warehouse of a Belgian manufacturing plant. A case study. MATEC Web of Conferences 290, 02006. 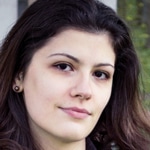 Anca Mocan is a PhD student at the Polytechnic University in Timisoara, Romania; she has a bachelor’s in industrial engineering from the same university and an MSc in supply chain management from the Vienna Economics University. Anca is a Senior Engineering Consultant in process optimisation and supply chain improvement.

Mocan’s research focuses on translating ergonomic principles so that they are easy for managers to understand and implement.

Mocan A., 2020, "We need to fix how we think about ergonomics", Research OUTREACH. Available at: https://researchoutreach.org/articles/we-need-to-fix-how-we-think-about-ergonomic (Accessed YYYY/MM/DD)