Health & Medicine
Dr Livia Sima of the Institute of Biochemistry of the Romanian Academy and Dr Emanuel Axente of the National Institute for Laser, Plasma, and Radiation Physics in Romania are developing novel platforms for screening of therapeutic drug combinations for patients with metastatic melanoma. Their most recent work involves investigating a method which can be used to screen potential drug candidates. Using a nanomaterial called graphene oxide and a technique called matrix-assisted pulsed laser evaporation, they are able to trap anti-cancer drugs within a thin film while maintaining the targeting efficacy of the drugs.

Melanoma is a type of skin cancer which can spread to other organs in the body. It is often caused by excessive sun exposure and is most commonly identified following the appearance of a new mole or a change in an existing one. In the UK, melanoma is the fifth most common cancer, with around 16,000 people diagnosed each year. In addition, the number of cases diagnosed each year has increased over recent decades. According to the World Health Organisation, 132,000 new cases are diagnosed worldwide each year. While melanoma is more common in older people, it is also often seen in younger people. Risk factors for developing melanoma include the family history, number of moles, skin type, hair and eyes colour, as well as incidents of sun overexposure during childhood or chronic occupational exposure in outdoor workers.

Melanoma develops from cells in the skin called melanocytes, which are the cells responsible for producing melanin, the chemical responsible for skin pigmentation and which helps protect the body from UV radiation. However, too much exposure to the sun’s rays can damage the genetic material of skin cells (their DNA). This damage can lead to uncontrolled proliferation of cells, ultimately resulting in cancer. Metastatic melanoma occurs when cancer that originated in the skin spreads to other tissues of the body. Cells spread from the original tumour into surrounding tissue, and from here they are able to pass into blood vessels. The blood vessels are then able to transport the cancer cells around the body, facilitating the spread of disease.

There are a range of different treatment options for melanoma, including surgery, radiotherapy and chemotherapy. However, in some cases, chemotherapy can lead to the development of resistance, where the cancer cells evolve to avoid the lethal effects of the chemotherapy drugs. Therefore, there is an urgent need to develop new drug combinations that can be used as part of the cancer treatment toolkit. Doctors now tend to use a personalised approach to treating cancer, rather than a blanket ‘one size fits all’ approach. This means that several treatment options should be available for the patient and they can be used in the most effective way to prevent the progression of melanoma.

The prognosis for patients with metastatic melanoma used to be poor, with limited therapeutic options and an average prognosis of 6-9 months to live after diagnosis. In 2011, there was a major breakthrough in melanoma treatment: a new immunotherapy treatment was developed which won the researchers a Nobel Prize. When injected, this treatment released the brakes of the body’s immune cells and set them free to kill invading melanoma cells. However, not all patients respond to this treatment, so alternative treatments are still required.

In the UK, melanoma is the fifth most common cancer, with around 16,000 people diagnosed each year, while 132,000 new cases are reported worldwide each year.

Novel cancer treatments
Dr Livia Sima of the Institute of Biochemistry of the Romanian Academy and Dr Emanuel Axente of the National Institute for Laser, Plasma, and Radiation Physics in Romania are developing testing platforms for novel therapeutic drug combinations for patients with metastatic melanoma.

Some patients with melanoma have particular mutations in a gene called BRAF, a protein which is usually involved in sending cell signals to direct cell growth. In some cancers this gene is mutated, resulting in defective cell division. One particular mutation of the BRAF gene, V600E, is present in around 60% of melanoma-related tumours. There are already drugs available which target cancers driven by mutations in the BRAF gene, including vemurafenib and dabrafenib. These drugs, called BRAF inhibitors, usually act by interfering with the action of BRAF, thus interrupting the upregulation of cell proliferation.

Nevertheless, some cancer cells escape the drug and survive. These surviving cells then go on to replicate, giving rise to an increasing number of cells which are able to survive treatment with these drugs and leading to secondary tumours which are resistant to treatment.

There are ways in which these resistant cells can be re-sensitised to BRAF inhibitors. Recent studies showed that epigenetic modulators, such as proteins called histone deacetylase (HDAC) inhibitors, could help stop the proliferation of cancer cells. What’s more, HDACs are able to regulate the expression of other protein molecules, some of which help cancer cells evade drugs and host immune cells. By inhibiting the action of HDACs, it is possible to take the brakes of this immune suppressive effect, as well as re-sensitise cancer cells to BRAF inhibitors. The research of Dr Sima and Dr Axente aims to harness existing anti-melanoma drugs and use them to test new techniques for screening future candidate drugs.

Exploiting cancer’s addiction to drugs
Cancer cells can become addicted to the drugs designed to treat them. Some melanomas show ‘withdrawal’ symptoms when particular treatments are stopped, including slowed growth and even cell death.

Drug activity was maintained, even when the drugs were incorporated into a graphene oxide matrix and transferred by laser on a testing platform.

Dr Sima and Dr Axente aim to build combinatorial platforms that can be used to screen therapeutic drug combinations using cells obtained from patients. There is a need for highly specialised techniques to explore the relationships between cancer cells and biomaterials such as graphene oxide (GO), which can be used for drug delivery, so that novel treatments for cancer can be developed. The first challenge the research team had to overcome was how to get the drug to the target cells. They used GO as a vehicle to deliver either BRAF inhibitors or HDAC inhibitors to the melanoma cells.

The magic carpet of nanomaterials
Graphene oxide is a carbon-based nanomaterial, derived from graphite, that can be used to create a structure from which drugs can be released; a ‘drug release matrix’. This promising biomaterial has some unique properties which make it ideal for use as a drug delivery system, including biocompatibility, a large surface area and chemical stability.

The researchers validated the functionality of the drug-infused nanomaterial obtained using laser deposition techniques. Matrix-assisted pulsed laser evaporation (MAPLE) is a new technique which can be used to fabricate uniform, thin layers of nanomaterials, such as graphene oxide. It is based on the concept of pulsed laser deposition, where a high-power laser beam is aimed at the material that is to be deposited. It is similar to the concept of gently blowing a pile of sand; the beam of air disperses the sand from one single pile into a thin layer which coats the surrounding surface.

Dr Sima and Dr Axente created a thin coating comprised of graphene oxide that incorporated the existing drugs dabrafenib or trichostatin A. These drugs are designed to inhibit the action of cells expressing the V600E mutation in their BRAF gene, one of the most prevalent modifications encountered in melanoma tumours or that of HDACs epigenetic enzymes, respectively. In doing so, the researchers were able to show that cancer cells exposed to this drug-containing graphene coating decreased in activity. The results showed that the graphene matrices were not necessarily cytotoxic per se, and that the released drugs still produced dose-dependent molecular effects on human melanoma cell lines.

Graphene oxide nanomaterials which contained anti-cancer drugs were successfully immobilised on a solid underlying platform using MAPLE technique. Drug activity was maintained, even when the drugs were incorporated into a graphene oxide matrix and transferred as thin coating by a laser beam. This type of functional platform has potential to screen other candidate drugs. If drugs can safely be immobilised in a nanomaterial and the cancer cells then exposed to this drug-infused matrix, this offers an effective, high-throughput method to test the effectiveness of new anti-cancer drugs and combinations thereof.

In what other ways do you envisage graphene oxide being used for drug development and testing? 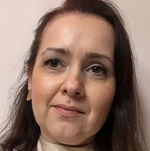 Dr Livia Sima completed her PhD at the Institute of Biochemistry of the Romanian Academy (IBAR) and the postdoctoral studies at Northwestern University, USA. Upon completion of her training, she returned to IBAR where she occupies a Senior Scientific Researcher II position working as team leader of the TERAMED and TG2TARGET projects 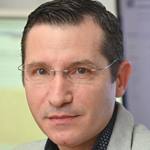 Dr Emanuel Axente is Senior Scientific Researcher I at the National Institute for Laser, Plasma and Radiation Physics, Magurele, Romania. In 2010 he received his PhD in physics from University of Bucharest in co-tutelle with Aix-Marseille University (LP3 Laboratory), France. He is the Head of Photonic Investigations Laboratory at CETAL.

UEFISCDI and Romanian Ministry of Education and Research

When control is lost: Studying the interactions of ATP and acetylcholine in the urinary bladder
Health & Medicine
Read This Article
Bayesian inference for 21st century drug development and approval
Engineering & Technology
Read This Article