Arts & Humanities
The expansion in STEM-related industries has exposed a shortage of qualified labour, particularly females. Dr Matthew J. Liberatore, the John F. Connelly Endowed Chair in Management, and Dr William P. Wagner, Professor of Information Systems, both at Villanova University in Pennsylvania, USA, are investigating whether the gender gap observed in IT careers and STEM subjects extends to the gender and performance of managers in the workplace. Their gender and self-efficacy field experiment has revealed that while the gender gap in performance has decreased, females are inclined to have less self-efficacy than men in their ability to complete STEM-related tasks.

The rapid expansion in STEM (science, technology, engineering, and mathematics)-related industries has exposed a shortage of qualified labour. Moreover, the percentage of women in these careers sits between 18% and 20% in the US. Gender performance in STEM fields has become an issue of national interest with many programmes designed to draw more women and minorities into STEM-related courses.

The gender gap in the computing fields has been recognised for some time. Female students perform well in STEM subjects at school, yet a relatively low number of them pursue STEM-related careers. Cultural and institutional biases against women in STEM fields are often ascribed as the cause of this gender gap, and governments together with other institutions are making considerable efforts to reduce this gap.

Dr Matthew J. Liberatore, the John F. Connelly Endowed Chair in Management at Villanova University, and Dr William P. Wagner, Professor of Information Systems, also at Villanova University, are investigating whether the gender gap in IT careers and school performance in STEM subjects extends to the performance of men and women in the workplace. Furthermore, they are examining whether there are differences in self-efficacy among men and women in the workforce. Their findings have prompted the researchers to recommend a broad agenda of change in order to advance gender equity in STEM fields.

Gender and self-efficacy
Recent gender and performance studies of students in an educational context indicate that, while the gender gap in performance has decreased, females are inclined to have less self-efficacy, in that women appear to be less confident in their ability to complete STEM-related tasks than men. Self-efficacy is a psychological construct that refers to an individual’s personal belief in their capability to complete a specific task in order to achieve particular attainments. Prof Liberatore and Prof Wagner explain that people generally set their own targets in line with their personal perception of their self-efficacy. People make career choices based on self-efficacy – accordingly, it is one of the main variables in Social Cognitive Career Theory, a career choice model. The researchers emphasise the relevance of this model in elucidating why women are inclined to avoid choosing STEM-related careers.

Previous research has shown that there is a significant gap in how men and women perceive their self-efficacy with mobile learning technology and in the mathematics classroom. In both cases, women perceived themselves to be considerably less able than their male counterparts.

To date, studies of self-efficacy relating to gender and STEM have been confined to student participants in an educational context. Prof Liberatore and Prof Wagner are expanding research in this area in their investigation as to whether the self-efficacy gender gap exists in the case of managers in the workforce using business intelligence software. Previous research has led the researchers to assume that there would be gender and performance differences, but whether the females would outperform the males or vice versa was unknown.

Gender and self-efficacy field experiment
The researchers hypothesised that there would be a gender difference in self-efficacy relating to the participants’ performance in tasks using the business intelligence software. Prof Liberatore and Prof Wagner designed a field study experiment to explore how well participants already working in the field would perform complex tasks using laptops and tablets in different scenarios involving both stationary and mobile computing environments. In addition, they would investigate whether there were self-efficacy differences between male and female participants and how they judged their performance on the given tasks.

Cultural and institutional biases against women in STEM fields are often ascribed as the cause of this gender gap.

Business professionals from 12 different corporate sites and others taking the part-time MBA Programme at Villanova University were recruited for this study. A total of 239 managers participated in the study, 139 males and 100 females. The male and female subpopulations were similar, both in terms of their demographics and their knowledge. There were no statistically significant differences regarding the participants’ length of work experience, age, business position and company size. Nor were there disparities in the participants’ self-assessed knowledge of tablets and laptops. The male subpopulation had a slightly higher percentage of graduate degrees, but this was outside the range of statistical significance. Given the participants’ similarity, results from this study provide a robust indication as to whether the gender gap continues beyond the adoption of STEM and impacts on people’s use of technology.

Participants were trained in the use of the business intelligence software and given access to a set of sales data. They were then asked to answer objective questions relating to an analysis of the data set. These questions were set at three levels of difficulty. The sessions were also captured on video.

It is only through understanding and minimising this current gap that gender equity can be achieved throughout
STEM fields.

These results underpin the researchers’ conclusion that the gender gap has substantially narrowed as far as user performance is concerned. Nevertheless, the study reveals a significant difference between male and female participants with respect to their self-efficacy in completing the business intelligence tasks. These findings disclose that male participants’ confidence in completing all of the tasks was significantly greater than that of the female participants. Interestingly, the female subjects’ confidence, or self-efficacy, was not linked to their actual performance in the tasks.

Broader impact
Prof Liberatore and Prof Wagner have observed that the STEM gender gap is not derived from inherent differences in capabilities or even training. The results suggest that women believe that they are less capable of using computers than their male counterparts. Further research is required to establish whether this results from either cultural or historical beliefs. Another possible source for the gender gap is that traditionally there has been a lack of support from the Information Science academic community for women to achieve PhDs within this field. In addition, the researchers have noticed that the lack of “mentors and female exemplars in academia may be sending a subliminal message that IT is not an appropriate career for women”. Consequently, they advise that additional steps are required in order to increase the confidence of women in performing computing tasks. It is only through understanding and minimising this current gap that gender equity can be achieved throughout STEM fields.

Prof Liberatore and Prof Wagner conclude that “this research validates the most recent research indicating a dramatic narrowing in the gender gap in overall performance in STEM-related fields, but it also shows that women still need to be encouraged to believe in their abilities.”

What would be your advice to educators and employers in order to encourage females to take up STEM-related careers?

<> Both educators and employers should be aware of the special nature of this problem and be prepared to offer practical forms of encouragement such as verbal reinforcement, access to appropriate role models, and more opportunities for advancement. 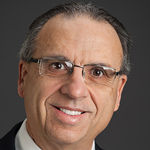 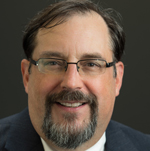 Dr William P. Wagner has been a Professor of Information Systems at Villanova University since 1991. While at Villanova he has co-authored four books and over 35 journal articles in various IT-related fields. In 2019 he co-authored the first textbook on Blockchain, which is currently being used by universities around the world.

Prof Liberatore and Prof Wagner investigate whether the gender gap in STEM careers extends to men and women’s performance in the workplace.