Behavioural Sciences
Professor Campbell has three decades of practice and research experience in analysing and challenging gender-biased educational design that excludes women. Her recent work presents an in-depth analysis of the multiple layers of barriers women and others with multiple oppressions face in learning with technology and entering science and technology disciplines, which has significant implications within an increasingly digital learning and economic global environment. Professor Campbell advocates for the design of learning materials and environments that are inclusive, rather than exclusionary.

Professor Katy Campbell has dedicated three decades of her practice and academic research to the analysis of instructional design and the social characteristics evident within design materials. The focus of this analysis has evolved over time and at different periods, including an analysis of whether all learners acquire information in the same way. The research has also examined the extent to which differences that are evident within social and gender groups need to be incorporated into the design of learning materials and experiences (i.e., instructional design). The field of study has encompassed the design of learning materials so that these are inclusive across groups of learners and designed to explicitly reduce the bias inherent in learning design, which favours a particular dominant social group, at the exclusion of other social groups. Specially, gender has been a pivotal focus of analysis within instructional design research over preceding decades.

A century of learning design
Professor Campbell says that instructional design stretches back over the past century and that within the United States, the early history of instructional design was influenced by the fact that much of the work in the learning field was supported by military scholarships. The social context of these scholarships was predominantly white, male and middle-class, reflecting the dominant demographics of the time. Learning materials and experiences thus came to be designed for this audience of learners. Over the past few decades, critical thinkers evaluating instructional design materials have exposed the inherent biases within these design materials and proposed a more inclusive approach to the design and development of learning materials and experiences.

Gender
Professor Campbell’s work has been informed by a feminist, poststructuralist approach and she says that the study of the impact of gender on learning design and learning experiences, has received substantial attention from researchers over the past three decades. This research on the influence of gender within instructional design, has incorporated evaluations of physical learning environments and learning materials and experiences. The elucidation of differences in learning materials, when designed by people of different genders has also been a focus of research. Professor Campbell says, for example, that the design practice of many women can be characterised as essentially “process-based, relational and transformative”.

Beyond the less overt biases that preclude equal access to learning materials for girls, sociocultural and geographical differences in various parts of the world have often blatantly and directly marginalised girls by obstructing their access to learning and education. This in turn has had massive global social consequences that have entrenched poverty and economic hardship for girls, and continue to do so in some parts of the world. Professor Campbell says that enabling access to mobile technologies for girls in poorer parts of the world, is fundamental to changing the economical, social, ecological and health outcomes within these societies.

A key attribute which influences learning outcomes even in situations where people have access to learning materials and technology, has to do with self-efficacy. Self-efficacy is a psychological attribute which defines the extent to which a person feels a sense of agency or effectiveness in relation to their ability to achieve specific goal outcomes. Professor Campbell says that the social context plays a significant role in influencing self-efficacy. Gender stereotypes or social beliefs about the abilities of boys as superior to girls, for example, in the fields of science, technology and mathematics, may influence self-efficacy for boys and girls. These stereotyped beliefs which in themselves can be complex and internalised by teachers, parents, peers and individuals, create an emotional and cognitive burden for girls, which has been shown to influence test performance for girls in comparison to boys. This can ultimately influence learning choices and eventual career choices.

Digital divides
Professor Campbell says that early definitions of the term ‘digital divide’ referred mainly to access to digital technologies, as influenced by household income, education, occupation and geographical factors. As digital access has improved in much of the world over recent years, current definitions of the digital divide have expanded to include the intensity and nature of digital use, including social media use, rather than internet and technology access in itself.

Professor Campbell says that the digital social media divide continues to reflect unequal circumstances that result in lower ownership by women of these digital technologies. The world of technology and computers has traditionally been regarded as a more male domain and Professor Campbell says that studies have shown that girls tend to perceive themselves to be less adept in using technology. In a world that is increasingly digital and reliant upon effective digital capability for learning and earning, gender differences in ease of digital use, potentially have wide-reaching ramifications for female learners and workers.

… it is thus critical for educators and learning designers to understand the impact of intersecting social identities that result in multiple privileges or multiple “oppressions”.

Professor Campbell says that intersecting “multiple oppressions” linked to native language, ethnic, geopolitical, urban-rural, rich-poor, and age divides, accentuate pre-existing gender differences in use of technology, which if not addressed may widen digital divides within societies and across different countries of the world. Research has shown for example that boys from middle-class socioeconomic groups within the developed world, have greater access to the Internet, than do female youths from poorer families. This access in turn impacts the opportunities available to these groups from a learning and eventual employment and earning perspective.

Intersectional identities
Professor Campbell’s practice and research has examined the confluence of multiple social factors that intersect to create unequal learning opportunities. These social factors include gender, race, sexuality and economic class and often intersect to heighten gender bias within learning environments. Professor Campbell argues that it is thus critical for educators and learning designers to understand the impact of intersecting social identities that result in multiple “oppressions”, or even multiple privileges. These factors can have wide-ranging impacts which result in exclusion from certain career opportunities and prospects, and maintain barriers of choice, whether are consciously or unconsciously present in specific educational and occupational settings. Maintaining an awareness of the need to design learning materials that reduce these cumulative barriers, presents a potential alternative future that sets up learning design in a way that provides equal access and enables all learners to succeed.

Designing for digital social inclusion
Professor Campbell notes that research shows the digital gender gap to increase with age and that this is particularly marked in countries of low- to middle-income economic status. Studies have shown that men continue to report greater digital fluency than women in many countries but that this divide is narrowing within developed countries. There are differences evident in the way men and women use social media and in the extent to which they are represented online, and that these differences remain stark in developing countries especially those that are less egalitarian for women. This reality has important implication for online learning design, especially for learners who face barriers linked to gender, age, race and the socio-political context in which they live. Particularly given that the inclusion of women in educational opportunities has important health and socioeconomic benefits for families and societies. While progress has been made over the past three decades in challenging gender-bias inherent in learning, much remains to be done in overcoming the digital divide that prevails due to race and socioeconomic factors. Professor Campbell notes that a key success factor in narrowing this divide will include finding ways of attracting women to participate in and take greater ownership of digital technologies; this will require a commitment and focus women not only to enter STEM disciplines but also to remain within the STEM career field once they start working in the field.

What are some of the key challenges that result in women exiting STEM careers?

<> Girls in grades K-12 have experienced gender bias in STEM learning environments long before they reach tertiary education. It is not surprising that gender bias is consistently reflected in STEM disciplines and in STEM careers. For example, women in engineering education, especially at the graduate level, and women in engineering careers have consistently referred to a “chilly climate”. There are a number of reasons for this: poor self-efficacy leads to women abandoning studies or work in STEM, fewer female role models in the classroom and in leadership, curriculum that does not respect different worldviews, fewer opportunities to be involved in activities related to social justice (for example, sustainability initiatives), lack of support for family-related issues such as child-care, little tolerance for different career trajectories, workplaces structured around patriarchal expectations; assumptions and biases.

Campbell, K. (2021). Gender and Technology: Social Context and Intersectionality. In Handbook of Research on Educational Communications and Technology. 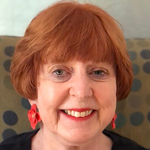 Katy Campbell is a Professor of Women’s and Gender Studies at the University of Alberta, Canada. Within her research and practice she explores issues of identity, social change agency of instructional designers, and engaged and engagement scholarship.

Katy Campbell’s most recent research takes a sociocultural, and geopolitical lens to the institutionalisation of engaged scholarship in higher education, accomplished through a feminist, poststructuralist methodology.

The ultimate veg patch: Can phytotechnology save cultivated peatlands?
Earth & Environment
Read This Article
Serious illness decision-making: How do you plan for uncertainty?
Health & Medicine
Read This Article