Biology
Nearly two decades ago, a genetically modified type of cotton, known as Bt cotton, was introduced to India to reduce farmers’ insecticide use. Today, researchers want to understand the effects that the introduction of this new cotton crop has had on Indian farmers. Using advanced statistical methods, Professor Ian Plewis from the University of Manchester investigates the effect of Bt cotton on farmers’ expenditure on insecticides, cotton yield, and profits, across Indian states. The findings of the research show that the effects of Bt cotton on farmers’ yield vary across Indian states, but most states show a decrease in insecticide use since the introduction of Bt cotton. A reduction in insecticide use may be beneficial for farmers’ health and the environment by reducing pollutants.

Almost twenty years ago, Bt cotton was introduced in India. This cotton crop is a plant variety of genetically modified cotton. Strains of the bacterium Bacillus thuringiensis produce toxins that are harmful for a variety of insects and it has been found to combat bollworm – moth larvae that commonly attack cotton crops. The aim of introducing Bt cotton to India was to reduce the amount of insecticide needed in farming cotton.

Since the introduction of this plant, Bt cotton has been adopted widely across India. Today, most cotton grown in India uses Bt technology. Estimates of Bt cotton adoption vary from state to state, but at least 80% of cotton grown in each of the nine cotton-growing states of India is Bt cotton.

The effects of Bt cotton
The effects of introducing Bt cotton in India have long been debated and assessed in research over the past 15 years. There is broad consensus among scientists that the introduction of Bt cotton has had a positive effect on cotton production, trade, farmers’ livelihoods, and the environment. One study suggests that genetically modified crops, including but not restricted to Bt cotton in India, have reduced chemical insecticide use by 37%, increased crop yields by 22%, and increased farmer profits by 68%.

Indian governments have been reluctant to fully embrace the
technology of genetic modification, and farmers’ enthusiasm for Bt cotton has been questioned.

However, views about Bt cotton in India do not always reflect these positive research results. Indian governments have been reluctant to fully embrace the technology of genetic modification, and farmers’ enthusiasm for Bt cotton has been questioned. Opinions of Bt cotton may also be tempered by widespread beliefs about the links between an increase in farmers’ suicides and the introduction of Bt cotton, despite the absence of any evidence to suggest this belief is valid.

Some more recent research using long-term data of Bt cotton effects across India has suggested that Bt cotton does not produce any enduring benefits to Indian farmers. The research posits that Bt cotton has little effect on cotton yield, and although it may have led to an initial reduction in insecticide use, this effect is now diminishing due to insecticide-resistance in insect populations. However, there are flaws in the methods of this research which make the results unreliable and warrant further investigation of Bt cotton effects.

Novel approach to studying Bt cotton effects
To bridge these gaps, Professor Ian Plewis of the University of Manchester investigated the effects of Bt cotton on farmers across different regions in India. Drawing on information from the Cost of Cultivation Surveys, the Cotton Advisory Board, and the Directorate of Economics and Statistics, he collected information about insecticide use, yield, and profit. Prof Plewis also drew on several sources to obtain information about Bt cotton adoption in each state.


The research investigates three main aspects of farming outcomes – expenditure on insecticides, cotton yield, and profit – in the States of Haryana, Punjab, and Rajasthan in North India. The production of cotton in these states makes up 16% of the production of Indian cotton.

Research findings
The primary justification for introducing Bt cotton across India was to reduce the use of insecticides. The results of Prof Plewis’ research suggests that this expectation was met: the research revealed sound evidence that the introduction of Bt cotton reduced farmers’ costs on insecticide in all three states. This reduction in insecticide use has most likely benefitted farmers’ health and reduced pollution.

In addition, although Bt cotton was not designed specifically to increase cotton yield, it was believed that by reducing damage to plants caused by insects, cotton yield would increase. Prof Plewis found that evidence for an effect of Bt cotton on yield was weak in Haryana and Punjab, but that there was an effect on yield in Rajasthan, with results indicating a 60 per cent increase in yield from 2005 to 2015. Prof Plewis believes that the lack of improvement in yield in Haryana and Punjab could be partly attributed to whitefly infestation which was particularly bad in 2015.

Finally, Prof Plewis found no evidence for an increase in farmers’ profits after the introduction of Bt cotton in any of the states. He suggests that this is likely because the increased expense of the new Bt cotton seeds offset the savings in insecticide. The impact of whitefly damage on yield may have also hindered an increase in profits. Therefore, it is possible that in the future we may see an increase in yield in the whitefly-affected states. Most importantly though, there was no evidence to suggest that profits have gone down in any of the states.

A reduction in insecticide use in cotton farming may have potential benefits for farmers’ health.

Why is this research important?
The study suggests that conclusions about the effectiveness of Bt cotton are more nuanced than many researchers recognise. Previous research has presented a polarised view of the effects with Bt cotton on farmers, with some suggesting it is entirely beneficial, and others arguing that it has no benefit. Both approaches are unhelpful in informing us of the true picture of Bt cotton effects.

Prof Plewis crucially highlights that the picture of Bt cotton effects across India varies state-by-state. The research suggests that the effects of Bt cotton have not been entirely beneficial to farmers’ yield and profits in all states, as has previously been assumed. In contrast, across most states Bt cotton achieved its primary purpose to reduce insecticide use by farmers. Therefore, assertions by anti-GM (genetic modification) groups and previous

Genetically modified cotton: How has it changed India? was last modified: February 9th, 2021 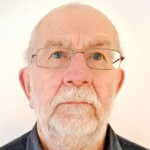 Prof Plewis studies the impact of genetically modified cotton, known as Bt cotton, on insecticide use, yield and farmer profits in India.