Physical Sciences
From their observations, astronomers widely predict that dark matter must comprise around 85% of all matter in the universe. So far, however, most theories about the nature of this mysterious source of mass have pinned their hopes on theoretical, as-yet undiscovered particles. Professor Eugene Oks from the Physics Department of the Auburn University has proposed that a more natural explanation could come in the form of an uncharted ‘second flavour’ of the hydrogen atom. With a reliable basis in theory, atomic experiments, and astronomical observations, his ideas hold the potential to provide long-awaited solutions to one of the most notorious mysteries in modern physics.

Containing just a single electron orbiting a single proton, the hydrogen atom is the simplest of all elements in the periodic table. Owing to the low number of inter-particle interactions taking place within these atoms, they have long been considered a reliable test bench for physicists to compare their theories with real experimental observations. Yet despite their simplicity, the physical properties of hydrogen atoms still hold a number of unsolved mysteries. In their ground state – where their electrons have not been excited to higher energy levels – the atoms’ linear momenta (products of the mass and velocity of an object) are distributed over a range of values. At higher energies, this pattern displays an elongated ‘tail,’ whose shape follows a close relationship with the atoms’ momenta. For decades, however, physicists’ models of the shape of this tail didn’t match up with their observations.

In his earlier research, Professor Eugene Oks from the Physics Department of the Auburn University resolved this issue through a novel solution to the ‘Dirac equation’ – the equation representing an advanced theory which accounts for a property of quantum particles named their spin, while also remaining consistent with Einstein’s law of special relativity. “Before 2001, there was a huge discrepancy between the experimental and theoretical results concerning the high-energy tail,” he explains. “It was the allowance for that solution that eliminated the above huge discrepancy between the atomic experiments and the theory.” This discovery resolved a gap in physicists’ theories which had endured for decades. However, its implications would go far beyond explaining the properties of hydrogen atoms themselves.

Adding a new flavour
One key aspect of Prof Oks’ approach was that it didn’t consider the hydrogen atom’s proton to be a single point in space, as most of the previous models had approximated. Instead, the nucleus occupied a finite volume of space, significantly altering the modelled behaviour of its orbiting electron and allowing for two (rather than the usual one) solutions of the Dirac equation outside the proton. This was a fundamental result in its own right. As well as eliminating the high-energy tail discrepancy, Prof Oks has shown in his latest research how this outcome is relevant to all excited states of hydrogen, being under certain conditions dictated by quantum mechanics – together known as ‘S-states’. “The second solution of the Dirac equation outside the proton actually holds for all S-states, rather than only for the ground state”, Prof Oks describes. “The existence of this second kind of hydrogen atom is not only theoretical; it also has proof from atomic experiments.”

The existence of this second kind of hydrogen atom is not only theoretical; it also has proof from atomic experiments.

In this study, Prof Oks proposed that atoms in this group display entirely different physical properties to regular hydrogen atoms – with consequences comparable to a well-established theory in particle physics. According to the Standard Model, describing fundamental particles and forces in the universe, all known hadrons – a family which includes protons and neutrons – are made up of elementary particles named quarks. These particles can come in six different ‘flavours’ – all of which have fundamentally different properties dictating how they interact with each other. According to Prof Oks, S-state hydrogen represents an entire ‘second flavour’ of hydrogen atoms – an idea which would have profound implications for the composition of our universe.

Consequences for theories and experiments
When light interacts with a regular hydrogen atom, photons containing just the right amount of energy can excite its electron to a higher energy level. Yet intriguingly, this isn’t the case for the atoms theorised by Prof Oks. As he explains: “The second flavour of hydrogen atoms practically does not interact with electromagnetic radiation. They remain dark.” As a consequence, these atoms will interact with the universe in a fundamentally different way to ‘regular’ forms of hydrogen. According to Prof Oks, such behaviour could well have been spotted by a team of astronomers led by Judd Bowman at the Arizona State University in 2018. In their study, the researchers were investigating a particular frequency of electromagnetic radiation characteristic of hydrogen clouds in space – named the ‘hydrogen line’.

In an atom of neutral hydrogen, the electron has a minuscule chance of spontaneously flipping between two closely spaced, or ‘hyperfine’ energy levels, emitting a photon in the process. Although the chances of seeing this happen in an individual atom are vanishingly small, these microwave-frequency photons, with characteristic wavelengths of 21 cm, are a key feature of the vast clouds of neutral hydrogen observed by astronomers. In the early universe, however, some theories have suggested that ultraviolet light from newly formed stars could have altered the excitation of the upper of the two hyperfine levels, producing an ‘absorption profile’ in the 21 cm hydrogen line which should still be visible today.

From their observations, Bowman’s team not only detected clear evidence of this absorption profile; their findings far exceeded their expectations. For Prof Oks, however, this did not come as a surprise. “They found that the amplitude of the line’s absorption profile was more than twice as large than the largest predictions”, he says. “The allowance for the second flavour of hydrogen atoms provides feasible explanations for these puzzling observational results.” If his theory is correct, Prof Oks hopes that his proposed S-state hydrogen atoms could provide long-awaited answers to one of the most pressing questions in modern cosmology.

Competing with unproven theories
For decades, astronomers have noticed blatant discrepancies in their observations of galaxies and the wider cosmological environment. For example, current calculations incorporating the known laws of gravity suggest that the rotation speeds of galaxies should slow down towards their edges – however, observations suggest that they actually remain remarkably constant. There is observed also a significant bending of the light from distant astrophysical sources – an effect called ‘gravitational lensing’. Currently, the only explanation for all of this is that a vast amount of undetectable, as-yet unobserved form of matter is preventing the slow-down of these galactic rotations and also gravitationally bends the light. Ultimately, these observations have led astronomers to conclude that around 85% of all matter in the universe is ‘dark,’ meaning it seldom interacts with regular matter, and therefore cannot be picked up using modern telescopes.

A wide variety of theories have now been developed to explain the nature of dark matter, many of which rely on significant alterations to the laws of physics as we currently understand them. These include theoretical particles like axions and Weakly Interacting Massive Particles (WIMPs), which are now being searched for through ongoing detection experiments. Yet even after many years of searching, no conclusive evidence for these particles has ever been found. If Prof Oks’ theories are correct, they could at least partially eliminate the need to rely on such unspecified and undiscovered particles – providing a breakthrough in our understanding of the universe’s composition.

If Prof Oks is correct, it would ultimately mean that dark matter is at least partially composed of hydrogen’s dark second flavour.

An explanation for dark matter?
Prof Oks’ explanation of the observations by Bowman’s team was an alternative to some separate studies, where researchers have suggested that the observations of the Arizona State team were caused by an ‘unspecified’ form of dark matter, possibly in the form of as-yet undetected axions or WIMPs. Yet as Prof Oks concludes, he believes that the evidence for his ideas is far more tangible. “The existence of the second flavour of hydrogen atoms, which are ‘dark’, has the proof from atomic experiments”, he says. “In addition, there is also a possible astrophysical evidence of their existence.” If Prof Oks is correct, it would ultimately mean that dark matter is at least partially composed of hydrogen’s dark second flavour.

Furthermore, if these hydrogen atoms really exist in abundance throughout the universe, it could mean that the observations of Bowman’s team were the first to reveal long-awaited interactions between regular and dark matter. Since hydrogen S-states are based on well-established theories in particle physics and quantum mechanics, this would have profound consequences across many fields of physics. Even if this hydrogen can only partially explain the makeup of dark matter, it would suggest that popular theories that the Standard Model is inherently incomplete could have less of a basis than previously thought. Ultimately, Prof Oks hopes that his findings could become widely discussed in the near future, potentially leading to long-awaited improvements in our understanding of the universe’s composition.

What further proof could there be that hydrogen’s second flavour is a source of dark matter?

<> While the existence of hydrogen’s second flavour has been proven by the analysis of atomic experiments, the ultimate proof that they constitute dark matter (or a part of it) could come from further observational studies of the 21 cm spectral line from the early Universe.

Oks, E. (2001). High-energy tail of the linear momentum distribution in the ground state of hydrogen atoms or hydrogen-like ions. Journal of Physics B: Atomic, Molecular and Optical Physics, 34(11), 2235. 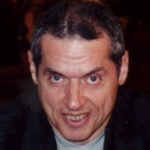 He has published about 500 papers and 8 books and is Chief Editor of the journal “International Review of Atomic and Molecular Physics” as well as Editorial Board member of the journals “Symmetry”, “American Journal of Astronomy and Astrophysics”, “Dynamics”, “Open Journal of Microphysics”, and “Open Physics”.

Professor Oks proves the existence of the second flavour of hydrogen atoms – those having only S-states.