Plant-derived medicines have been used by humans for thousands of years. Currently, there is much focus on phytocannabinoids, usually extracted from cannabis plants. However, these health-benefitting compounds can also be found in other plants. Dr Bianke Loedolff, Dr Shaun Peters, Ethan Hunter, Alukhanyo Xonti and Vincent Malizukiswe Vacu at Stellenbosch University are investigating the role of plants in developing new therapeutic compounds and enhancing their phytochemical profiles. In addition, the research team are exploring ways to enhance the existing health benefits of plants, such as microgreens, through biofortification.

Humans have used plants for medicinal purposes for thousands of years, with archaeological evidence suggesting that this may date back 60,000 years. Many of the medicines we use today were first derived from plants, including aspirin, digoxin, quinine, and morphine. While herbal drug preparations have been used for generations, it was only in the 19th century that scientists began to isolate and extract the compounds responsible for these health benefits, giving rise to the development of synthetic forms of natural products. However, we still only understand a tiny amount of what nature may have to offer us.

Over recent years, there has been a resurgence of interest in plant-derived medicines in developed countries, particularly in compounds derived from cannabis plants, or hemp (Cannabis sativa). This is due to the reported health benefits of phytocannabinoids (pCBs), bioactive products found in the resin and flowers of the plant. Existing research suggests that pCBs may act by interacting with human cannabinoid receptors. There are many consequences of this interaction, such as changes in metabolism, appetite, mood, and anxiety, but it is the impact on pain perception and pain pathways that is attracting the most attention.

Most studies have focused on pCBs in hemp, but these or similar compounds have also been observed in a few other plants. In particular, South African flowers and plants offer a rich, undiscovered reservoir of natural therapeutic compounds. One example is the Lion’s tail plant (Leonotis leonurus) that is endemic to South Africa. This plant is already used by Indigenous peoples for its medicinal properties and is often used to treat eczema, headaches, and high blood pressure. It has also been reported to induce mild psychoactive affects, similar to those of cannabis. It has already been established that the leaves contain secondary metabolites that are beneficial for health, such as pCBs, but less is known about the flowers of the plant.

This is something that researchers from Stellenbosch University are investigating. Dr Bianke Loedolff, Dr Shaun Peters and Ethan Hunter are involved in a project to explore the health benefits of the flowers of two varieties of Leonotis leonurus. Their work will involve extracting metabolites from the flowers and looking for the presence of pCBs, or pCB-like compounds.

Humans have used plants for medicinal purposes for thousands of years, with archaeological evidence suggesting that this may date back 60,000 years.

Flowers of Leonotis leonurus
The researchers were able to characterise flower extracts using a technique called tandem mass spectrometry, which is used to learn more about the chemical structures of molecules. The results from this technique can then be compared with those of existing molecules, to look for similarities and differences in metabolic compounds.

The results of this work showed that the flowers appeared to contain a pCB-like compound called adrenoyl-EA, a known bioactive compound. Previously, adrenoyl-EA was only thought to be found in mammals but is has very recently been discovered in some plants, too. As it is such a new compound, there is limited data available. Dr Loedolff emphasises that they have tentatively identified adrenoyl-EA based on these data, but further investigations are needed to confirm the exact identity of the compounds found in the flowers.

With a growing global demand for plant-based remedies, particularly those focused on pCBs, identifying high-yielding medicinal crops, such as Leonotis leonurus, provides a possible way to help meet this demand. Furthermore, it provides an alternative, sustainable agricultural crop that could be grown in South Africa, where there is often insufficient water to farm cannabis plants to derive pCBs.

One of the aims of the World Health Organisation is to reduce mortality rates resulting from malnutrition. Malnutrition is also associated with increased risk of developing non-communicable diseases, such as cancer, diabetes, and cardiovascular diseases. One way in which this risk could be reduced is through the use of ‘functional foods’. Functional foods are defined as ‘foods that deliver additional benefits over and above their basic nutritional value’. Examples include foods or drinks that are fortified with vitamins/minerals that they would not naturally contain in high levels. They may provide some health benefits, but should be consumed as part of a varied, balanced diet.

Functional foods contain many bioactive compounds, including polyphenols, phytoestrogens, and carotenoids, which have been shown to help prevent some non-communicable diseases. In plants, these compounds are termed ‘phytochemicals’ and often accumulate in response to stress. Phytochemicals may function as antioxidants, scavenging free radicals (unstable atoms) that can cause damage to cells and can lead to illness and ageing. They can also help to stimulate the release of bioactive compounds from digested food, via the gut microbiome (bacteria and other microorganisms in the intestine), making them easier for the body to absorb.

Microgreens, previously thought of as a culinary garnish, are now becoming a speciality crop with proven health benefits.

Biofortification of microgreens
Microgreens are seedlings with two to four true leaves that are packed full of phytochemicals: up to 100 times more than in mature plants. Since phytochemicals accumulate in response to stress, placing plants under controlled environmental stressors, such as light and temperature, can artificially enhance the production and accumulation of these bioactive compounds. This is often called biofortification. Older plants have time to adapt to their environment and rely on alternative stress response pathways.

The team at Stellenbosch University aimed to augment the accumulation of phytochemicals in microgreens (kale and radish) by exposing them to very high levels of light. The seedlings were grown in a normal- or high-light environment. The normal group were exposed to 16 hours of light at 70 µmol photons m-2 s-1 (a measurement based on the number of photons in a particular area, over a particular time), whereas the high-light-intensity group were grown in 270 µmol photons m-2 s-1.

In a similar study, Dr Loedolff and colleagues previously demonstrated that it was possible to biofortify wild rocket with an antioxidant compound called resveratrol, a phytochemical that had not previously been documented in this plant.

But how does this translate to visible health benefits? The researchers also showed that human genomic DNA was protected from oxidative stress if high concentrations of plant extracts were used, regardless of whether they were exposed to normal- or high-light intensity. However, it is important to bear in mind that this was done using human DNA in the laboratory, rather than using cells derived from humans, or human subjects.

The mini and mighty
Microgreens, previously thought of as a culinary garnish, are now becoming a speciality crop with proven health benefits. One major advantage of using these plants over others is the short time between planting and harvesting, approximately 10–25 days.

Dr Loedolff explains that the goal of the research team is to develop sustainable strategies to produce super-charged microgreens. By using controlled environmental stressors, the researchers hope to biofortify microgreens, resulting in even higher levels of phytochemicals that are beneficial to human health. These functional foods have enhanced antioxidant abilities and have the potential to reduce the risk of disease. Since this team also espouses communication to children, a fun-filled read for the whole family on functional foods can be found in Frontiers for Young Minds.

Phytochemicals generally have a low bioavailability in our body and much of it will be excreted, regardless. Therefore, we need a sustained intake of fruits and vegetables to remain healthy. A little goes a long way in the microgreen world. Unlike mature vegetables, we only need to consume a handful of microgreens to ensure our daily requirements of nutrients are fulfilled. As functional foods, long-term consumption of microgreens also correlates to reduced chronic inflammation and prevention of the non-communicable diseases associated with it. For our bodies to fight disease effectively, we need high concentrations and a diverse range of phytochemicals (often not found in mature vegetables and fruits) from our food intake. This can be achieved through biofortification of microgreens. 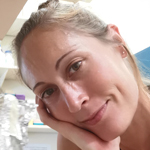 Bianke Loedolff holds a PhD from Stellenbosch University (South Africa) and has a special interest in human health and nutrition. Her research is driven through communication, and she regularly features on international panel discussions seeking solutions to achieve Sustainable Development Goal #2, ending hunger and malnutrition in developing countries.

Shaun Peters holds a PhD from the University of Zürich (Switzerland) and has a specialty in carbohydrate physiology in plants and microbes. He is currently affiliated to the Institute for Plant Biotechnology (Stellenbosch University, South Africa) running a research team and involved in the curriculum of a biotechnology degree major. 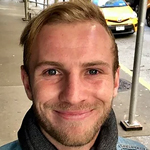 Ethan Hunter holds an MSc from Stellenbosch University (South Africa), passed with merit. He is currently co-founder and COO of Immobazyme (Pty Ltd), a proudly South African company pioneering the biotechnology industry with innovative technologies. He has a special interest in using plants for therapeutics development. 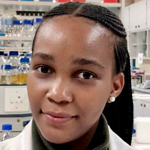 Alukhanyo Xonti is currently reading for an MSc degree at Stellenbosch University (South Africa). Her passion for human health has seen her become an integral member of this research team and, while pursuing her tertiary degrees, she regularly participates in peer-training and projects other than her own. 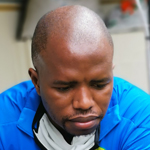 Vincent Vacu holds an MSc from Jilin Agricultural University (China) and is currently reading for a PhD degree at Stellenbosch University (South Africa). His extensive knowledge in plant in vitro culture is invaluable to the team and he regularly participates in peer-training and projects other than his own.

The researchers investigate exotic indigenous plants from South Africa for the development of new therapeutic compounds and to enhance phytochemical profiles of plants.