Health & Medicine
Shared decision-making (SDM) between physicians and patients is vital for the chronic care of conditions such as primary immunodeficiency disorder (PID) as both have to agree on treatments that will continue throughout the patients’ lives. Dr Chris Lamb, CEO and President of BioSolutions Services LLC, examined the effects of SDM on patient participation in treatment decisions. By taking the results of a web-based survey of physicians and employing structural equation modelling, Dr Lamb has developed a model of how the physicians’ individual decision-making styles affect patient participation.

An increasing proportion of the United States’ gross domestic product is spent every year on healthcare. This currently sits at around twice the percentage spent by other comparably wealthy nations. Health care outcomes and quality of care measures in the US, however, rank outside the top 25 in most categories when compared with other Organisation for Economic Cooperation and Development (OECD) countries, despite the higher spend. Astonishingly, half of the US healthcare budget is consumed by 5% of patients, consistent with the overall trend that healthcare spending is dominated by chronic not acute care. In order to reduce the gap between quality and cost, the Institute of Medicine (IOM) recommends putting patient-centric goals in place. A focus on shared decision-making (SDM), where patients and physicians work together in order to select the most suitable course of treatment for each individual patient’s condition, is likely to prove beneficial.

A need for shared decision-making
An increase in patient-physician shared decision-making is suggested to have a positive effect on overall quality of longitudinal care thereby improving the opportunity for value-based reimbursement to payors. Physicians employing SDM are combining medical evidence with patient preferences and values, thus providing better and more consistent treatment. Understanding which factors can encourage SDM, together with the physician’s role in facilitating the SDM process, however, is limited. To address this knowledge gap, Dr Chris Lamb, CEO and President of BioSolutions Services LLC, examined the effects of SDM on patient participation. Dr Lamb explains that SDM is particularly significant in the care of chronic conditions such as primary immunodeficiency disorder (PID), a condition that must be managed throughout the patient’s life. PID provides an excellent vehicle to study SDM given its challenging dimensions and complex ongoing treatment decisions. It is expected that the findings from this study will be applicable to many other chronic diseases. 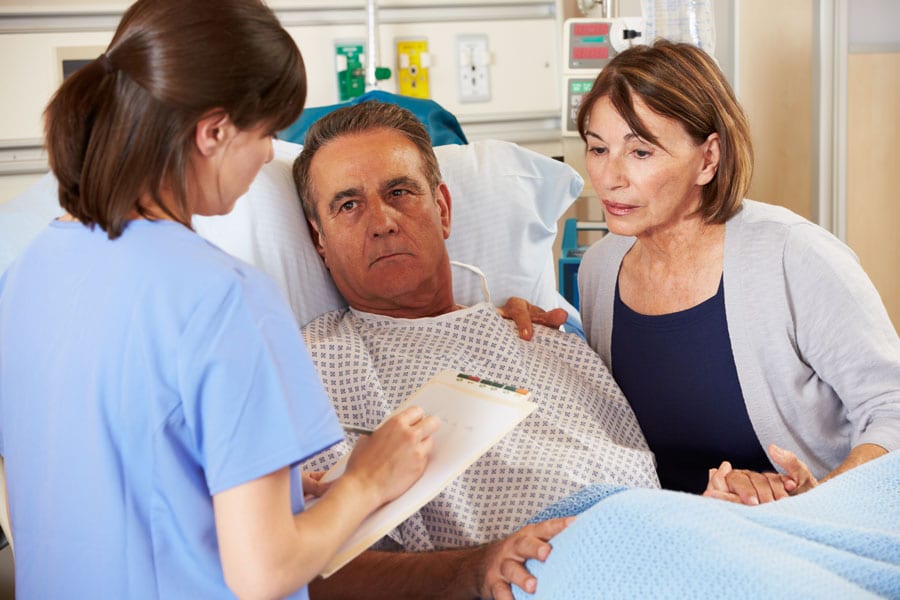 Primary immunodeficiency disorder (PID)
Primary immunodeficiency disorder includes more than 350 rare, chronic disorders that are the result of part of the body’s immune system not functioning properly, or not functioning at all. These conditions are usually caused by hereditary or genetic defects. They can affect anyone, regardless of age or gender, but are not contagious. People suffering from PID are more susceptible to infections which often result in recurrent health problems and the development of serious and debilitating illnesses. PID is difficult to diagnose and this, together with the cost of drugs and preventable hospitalisation, makes PID one of the most expensive diseases to treat. SDM is of particular significance to chronic conditions such as PID, as patients and physicians have to agree on treatments that will continue throughout the patients’ lives.

Dual process theory
Concepts available to the medical decision-making process include the dual process theory of reasoning. Dual process theory assimilates two forms of thinking. The first (system 1) involves our intuition, or gut-feeling, which is automatic, fast and occurs in our subconscious. This heuristic decision-making relies on experience. The second (system 2) is rational decision-making. This is slower and more deliberate; it requires effort to consciously work through different considerations, apply various concepts and models and weigh them all up. Physicians will employ either system depending on circumstances. It has been shown, however, that individuals tend to have a preference for one or the other. Physicians have also been observed to often implement both rational and heuristic methods, frequently one after the other.

Study design
In order to investigate the relationships between physician decision-making styles and other physician characteristics relating to SDM, Dr Lamb and his colleagues posed the following research questions and constructed the associated hypotheses:

The researchers then designed a survey questionnaire, which was grounded on published validated scales. This meant that structural equation modelling could be employed to measure how these characteristics were interrelated.

Measuring physicians’ decision-making style and patient-centric approach
Having previously carried out a smaller qualitative study, Dr Lamb designed a quantitative study and sought physicians treating PID with immunoglobulin to participate. A web-based survey was completed by 330 physicians practising in the US. The survey was made up of 60 questions designed to elicit the physicians’ decision-making style, their patient-centric approach, and measure their trust in patients. Physicians scored each question on a five-point Likert-type scale with possible responses ranging from 1 = “strongly disagree” to 5 = “strongly agree.”

Approximately 17,500 patients would have received treatment from the physicians in the sample group.

The physician’s decision-making process was determined as the independent (predictor) variable. This was interpreted from two variables: rational decision-making and heuristic decision-making. These were both analysed to measure each individual’s affinity for either analytical (rational) or empirical (heuristic) decision-making.

Statistical analysis
Exploratory factor analysis and confirmatory factor analysis, both standard multivariate statistical techniques, were employed to analyse the data and create a model of how physicians’ individual decision-making styles affect their patient decisions regarding their participation in treatment. Preliminary analysis suggested that a physician’s age could have an effect as the older, more experienced immunologists had a discernibly different manner of care. The model was therefore revised to include physicians’ age and analysis was carried out using SPSS (version 23) and AMOS software.

Results
Dr Lamb estimates that the 330 physicians who participated in the study treat roughly 55% of all US patients with PID receiving treatment with immunoglobulin therapy. Approximately 17,500 patients would have received treatment from the physicians in the sample group. Of the participating physicians, 74% were male (224), 72% were White (238) and 22% specialise in allergy/immunology (72); these subsamples do not account for overlap.

The analysis revealed a statistically significant relationship between rational decision-making and SDM. A chi-square difference test was carried out to establish whether physician characteristics affect the level of patient participation. The results suggested that there were differences relating to race, age, education, and gender. There were no observed differences, however, relating to the physicians’ trust in their patients to provide accurate information.

Results also showed that physicians with PhDs encourage patient participation, and therefore SDM, whether they employ a patient-centric approach or not. In addition, as the PhD-degreed physicians’ age increases, so does their patients’ participation rate when choosing treatment protocols.

Discussion
Dr Lamb and his colleagues have taken the results of their web-based survey of physicians and employed structural equation modelling to develop a model of how the physicians’ individual decision-making styles affect patient participation in treatment decisions. The model also shows how a patient-centric approach to treatment can influence patient participation. Trust did not moderate the effect of decision-making on participation and was found to be an assumed component of the physician-patient relationship.

Although this study concentrated on PID, further studies extending Dr Lamb’s research to other chronic diseases are warranted. Dr Lamb recommends that “Government policymakers, health care providers, patient organizations, and innovative drug companies should consider the type of interventions and circumstances in which physician decision-making can increase patient participation.”

What initially prompted you to examine the effects of Shared Decision Making on patient participation?

<> Having worked with different chronic diseases and their associated patient advocacy groups over the past 30 years, I though it was time to better understand how the physician-patient interaction could be optimised. After a thorough literature review, it was clear that little research has been done to understand the physician perspective on SDM. My work sought to address this research gap. 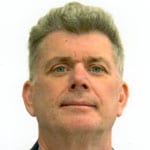