Health & Medicine
Despite the shocking levels of gun violence in the USA and in the Americas, medical practitioners are taught little more than dealing with the direct biologic outcomes of bullets. Like other public health burdens, each tragic event results from the interplay of complex behavioural health, environmental, and social issues. Understanding gun violence as a disease requires examining these complex issues beyond the immediate biologic injury. However, such a biopsychosocial model of instruction is not commonly imbedded in medical school curricula. Leading American emergency physician and gun violence researcher Stephen Hargarten and colleagues from the Medical College of Wisconsin are calling for change. They have provided guidelines on how medical school curricula can evolve and strengthen future physicians’ understanding of this patient and community disease burden.

Every bullet wound has a patient story. Behind the biological evidence of the injury – the bleeding, shattered bones, and ruptured organs – there is a complex, broader set of issues for patients that hold valuable lessons for today’s medical practitioners and their care. And because gun violence – whether it is a homicide, suicide, or non-fatal injury – meets the classic definition of a disease, this understanding also informs guidelines for how medical practitioners could strengthen its management and possibly inform the prevention of death or injury. So why, then, is gun violence not given due attention in medical school curricula? One leading emergency physician and gun violence researcher in the USA believes the necessary change lies in rethinking how medical schools teach – an approach that is gaining traction.

Professor Stephen Hargarten is a seasoned witness to the outcomes of gun violence. As an emergency physician, he has stood at the bedside of hundreds of victims, applying time-honoured procedures for repairing wounds, stabilising patients and, if possible, steering them on the path to healing their biologic/physical injury. But little seems to help stem the relentless flow of injured and dying patients struck by bullets, the pathogen of this disease. There’s scant regard for the disease in American medical training literature and little guidance, it seems, from medical authorities. There are reasons for that, but they need to be challenged.

Although biopsychosocial practices in pre-clinical and clinical instruction are finding traction, the biomedical priority
still prevails.


Hargarten is also the Founding Director of the Comprehensive Injury Center at the Medical College of Wisconsin in Milwaukee and among the vanguard of medical specialists calling for urgent change to address what they consider not only a disease but a public health epidemic. This growing number of specialists want medical schools to examine gun violence in their curricula, but not from a purely biomedical perspective. Given the complexity of the disease, they’re recommending a more thorough, broader approach.

Gun violence as a biopsychosocial disease

Gun violence meets the classic definition of a disease: it has an agent – the bullet and its kinetic energy; a pathophysiology – the immediate tearing and crushing of tissues – producing morphologic changes, such as organ disruption; and clinical manifestations, such as bleeding, shock, and fractures. However, unlike most other diseases, gun violence is not a natural event. It emerges from a complex interplay of behavioural, environmental, and social factors. As such, it joins other diseases such as opioid abuse, obesity, and domestic violence that are shaped by human decisions and conditions and result in characteristic biological damage. Understanding such diseases, therefore, requires more than the knowledge of the biomedical components. It demands integrating a broader scope of other sciences, including psychology, public health and population health sciences, and humanities disciplines such as sociology, economics, and criminology. According to Hargarten and his colleagues, by framing gun violence as a complex biopsychosocial disease instead of a limited biomedical disease, patients are more effectively treated.

This is easier said than done. One of the biggest challenges to such a broadened approach is the inertia in medical schools. Although biopsychosocial practices in pre-clinical and clinical instruction are finding traction, especially with the similarly complex subjects of intimate partner violence and opioid abuse, the biomedical priority still prevails. The reasons for such inertia are primarily administrative – traditional medical schools are slow to shift direction, and deans will point to overloaded, content-heavy curricula and the lack of space for new syllabi. However, other public health epidemics have encouraged medical schools to adapt to the ebb and flow of diseases affecting the communities their graduates will serve; Hargarten and his colleagues point to HIV/AIDS and, more recently, COVID-19.

However, key to the curricula shifts in both those cases was significant support and research investment from two key medical authorities – the Centers for Disease Control (CDC) and the National Institutes for Health (NIH). According to Hargarten, since the 1990s, there has been limited research support for gun violence prevention and control from either the CDC or NIH. As a result, limited funded research pathways for students and faculty mean there is little evidence-based research to support curriculum development and integration into medical schools. Therefore, there are limited resources in schools for further research, and so the cycle continues; inertia prevails.

There’s also the thorny issue of rankings – NIH research funding drives medical school rankings. As Hargarten put it: ‘There is little incentive for faculty to develop curriculum for a disease process that has no “home” in the NIH.’ And then there’s the elephant in the room. Gun violence in the USA is a highly controversial topic, a ‘political’ disease. Shifting medical school inertia requires vocal champions of change, and there is no shortage of agents taking aim at physicians sticking their heads above the parapet on gun violence, telling them, ‘Stay in your lane!’. Regardless, physicians are finding their voice.

Hargarten and his colleagues believe the tide is changing and point to growing support among physicians to consider gun violence as a complex disease demanding urgent research. One survey amongst physicians in North Carolina found that 80% agreed or strongly agreed that gun violence was a significant public health issue that should be part of medical training, just like other diseases. The groundwork for such biopsychosocial instruction is already in place. Incorporating the complex psychosocial issues behind injuries associated with obesity, opioid abuse, and intimate partner violence is already gaining traction in medical schools embracing multi-disciplinary research. Hargarten and his colleagues offer suggestions where medical schools can integrate aspects of gun violence into their curricula. These include ballistics and the biomechanics of firearms within pathology, trauma care and musculoskeletal medicine; identifying risk factors in gun violence can be incorporated into psychology, medical ethics, and examination skills; and care for survivors of gun violence fits into the disciplines of psychology and social work.

Research shows a growing corps of physicians anxious to play a more active role in preventing firearm injury and death.

Research also shows a growing corps of physicians seeking to play a more active role in preventing firearm injury and death. American physicians already counsel patients on exercise and healthy eating to help curb the obesity epidemic; why can’t they counsel those at increased risk of gun violence? Hargarten quotes a systematic search of leading medical journals that showed 65–93% of surgeons, family physicians, internists, psychiatrists, and paediatricians in the USA believe gun safety counselling is within a physician’s scope of practice. However, medical schools currently offer limited, if any, training in how they should do this. Physicians’ frustration witnessing the physical, psychological, and social fallout from gun violence and feeling powerless to help suggests the significant shift in medicine instruction is long overdue.

The evolution of medicine instruction

Medicine should evolve as its sciences become more evident and broader to include the social sciences. So should the way we teach it. Such evolution is natural but rarely occurs without pushback. The biopsychosocial approach to medicine is such an evolutionary step. It recognises that a proper understanding of certain diseases, their management, and their cure cannot exist separately from the broader psychological and social context within which they manifest and mutate. Gun violence is a disease, and if America has any hope of addressing it, it needs the authority, learned gravity, experience, and insight of medical specialists. But to do so requires those specialists and those who teach them to step back from the bedside, see the bigger picture, and have the heart and purpose for change.

Hargarten uses a river analogy, framing gun violence not just at the riverbank but also upstream and downstream. He and his colleagues at the Medical College of Wisconsin believe medical schools should step up and play a broader role in preparing physicians for effective care and disease prevention. They know the structural factors behind the disease of gun violence are broad and run deep, so they are under no illusion this will take time. But they have also seen the evidence of these factors in the body of every victim – so they have every cause for this call to action.

Developing a biopsychosocial model within medical schools to guide instruction about the epidemic of gun violence will be a challenging process involving multiple stakeholders. Where is a good place for curricular deans to start?


It starts with recognising that a broad biopsychosocial model for disease understanding and treatment has broad implications for physicians and their care of patients. Gun violence in one of them; others include opioid deaths, obesity and its broad co-morbidities, and HIV/AIDS…
By broadening the model for disease beyond the biomedical model with its important basic sciences, to include the social sciences and more intentionally integrating behavioural health sciences, physicians will graduate to the next phase with training that includes a more effective approach for patient care.
How medical schools can evolve to tackle gun violence was last modified: October 5th, 2022 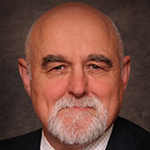 Stephen W Hargarten is an American emergency physician and gun violence researcher. He received his MD from the Medical College of Wisconsin (MCW) and his MPH from the Johns Hopkins Bloomberg School of Public Health. He is Professor of Emergency Medicine, Founding Dean for Global Health, former Director of the Global Health Pathway, and Founding Director of the Comprehensive Injury Center at MCW. His research interests reflect an intersection of injury and violence prevention and health policy to address the burden of this biopsychosocial disease. His work in linking data systems for understanding violent deaths informed the development of CDC’s National Violent Death Reporting System. He was the founding President of the Society for the Advancement of Violence and Injury Research and has served on the Violence and Injury Prevention Mentoring Committee for the World Health Organization.

Professor Hargarten advocates to include the psychological and social issues of gun violence in the USA and offers suggestions on how medical schools can integrate these aspects into their curricula to strengthen patient care. 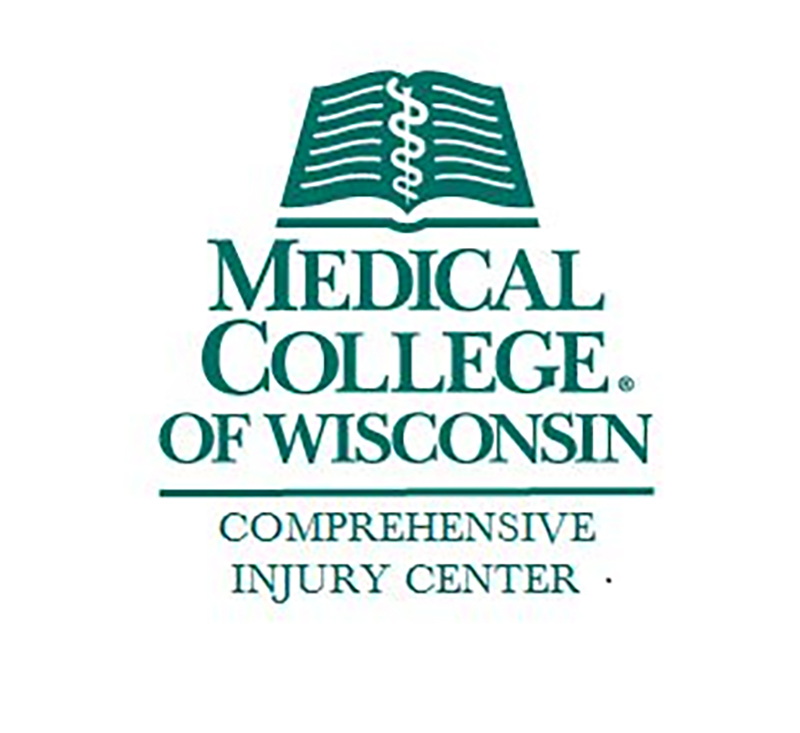