Alkali metal ions – lithium ion (Li+), sodium ion (Na+), potassium ion (K+), rubidium ion (Rb+), and caesium ion (Cs+) – play crucial roles in a variety of solution processes, but so far tracking their diffusive motion in water has been problematic. Professor Kikuko Hayamizu and her collaborators at Tsukuba University, Japan, have applied a technique based on nuclear magnetic resonance to measure the diffusion characteristics of Li+, Na+, Rb+ and Cs+ dissolved in water. Their work is providing new insight into how the interaction with water determines the dynamical radius of these ions and how this in turn affects their mobility in water.

The dissolution of chemical species in water and other solvents is one of the most widespread and fascinating chemical phenomena observed in nature and in many man-driven processes. Living organisms rely on aqueous solutions of ions (which are atoms with a net positive or negative charge) to support their metabolic functions. For instance, in humans Na+ circulates in the body through the blood stream and its concentration is carefully regulated by the kidneys. This ion is responsible for maintaining the osmotic pressure which retains water in the body. Ionic solutions (or electrolytes) are also important in technological applications, like lithium-ion batteries, in which electric conduction is caused by the migration of ions through the electrolyte medium, rather than by the motion of electrons as in common metal cables. 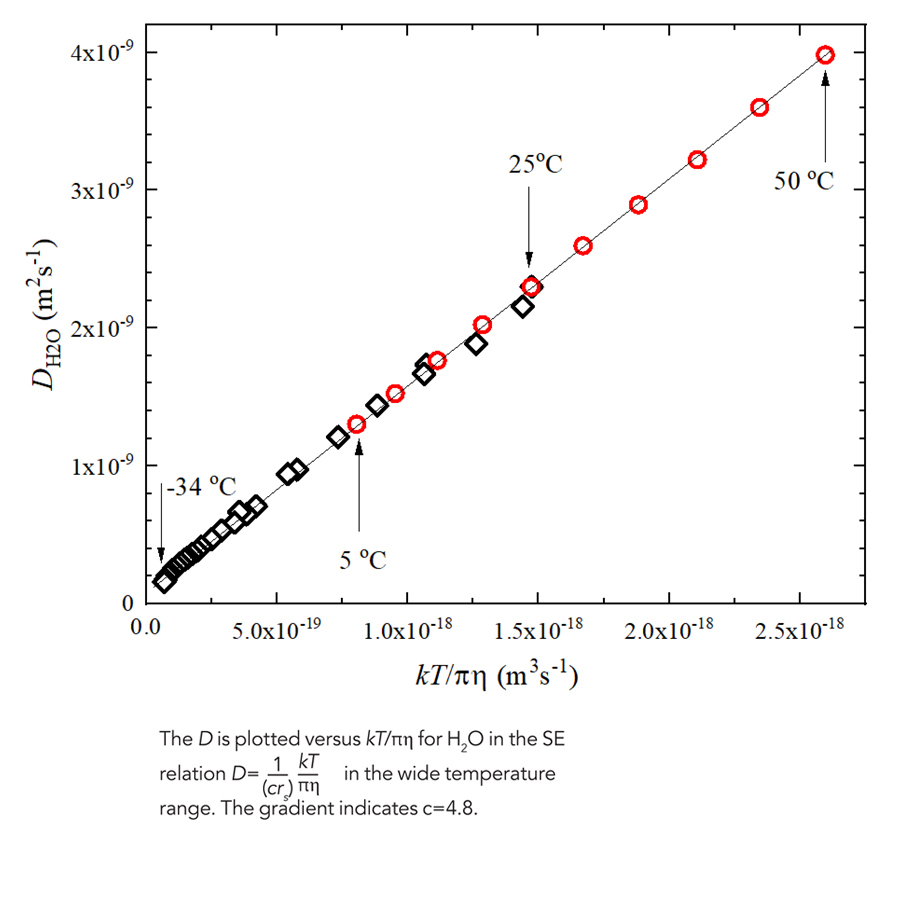 An everyday example of solution chemistry is the dissolution of table salt (sodium chloride, NaCl) in water. In this process, the individual ions initially stacked in a crystalline arrangement in the solid salt, Na+ and Cl–, separate and start to interact individually with water molecules. This interaction is largely driven by the charge of the ions, which forces nearby water molecules to arrange themselves in the most energetically favourable configuration. Ions and their surrounding water molecules (so-called hydration sphere) can become so closely associated with each other that they may resemble a new species with unique properties, such as structure, size, and mobility. These properties may be quite different from those of isolated ions.

Although a specific ion associates, on average, with a characteristic number of water molecules, water-exchange events can be observed in which water molecules initially within the hydration sphere are replaced by molecules from the bulk solution. Exchange events in water may occur with typical timescales of the order of ~10-8 seconds in alkali-metal aqueous solutions. Hydrated ions thus behave as complex and highly flexible entities which interact with the surrounding H2O environment and modify its physical and chemical properties.

To obtain accurate experimental diffusion coefficients for a series of alkali metal ions (Li+, Na+, Rb+ and Cs+) and solvent H2O in aqueous solutions, Professor Hayamizu and her team at Tsukuba University, Japan, exploited a technique based on nuclear magnetic resonance (NMR). NMR measures the response of an atomic (or ionic) nucleus subject to a strong magnetic field (generally 4 to 20 Tm-1) to a weak oscillating magnetic field with resonance frequency (20 to 800 MHz). The response takes the form of an electromagnetic signal, which is typically used to get detailed information on the chemical environment of a given nucleus. The researchers’ approach makes use of a variant of NMR, which has been gaining popularity as a powerful method to measure diffusion coefficients of ions in electrolytes, known as pulsed-field gradient (PFG) NMR. This technique exploits field-gradient pulses to detect spatial positions to estimate diffusion coefficient and acquires information on ion dynamics and the solvation structure of diffusing ions over time and space scales.

Alkali metal ions contain nuclei that are NMR active. This means that PFG NMR can be used to track their translational motion in solution and to measure their diffusion coefficients. In addition, hydrogen atoms within solvent H2O molecules can also be detected using this technique. This enables us to get a fine picture of how the solvation shell of a given ion evolves over time. Various experimental techniques have been used in the past to study the hydration of alkali metal ions, including X-ray and neutron diffraction and their spectroscopic methods. In addition, NMR, Infrared and Raman spectroscopic methods are important along with theoretical and computational methods. However, most of the studies carried out using these techniques have focused on short-range effects in the hydration of alkali metal ions. ‘Although measurements of viscosity and ionic conductivity have been widely conducted,’ says Hayamizu, ‘experimental values of the diffusion coefficients of these species are limited.’ 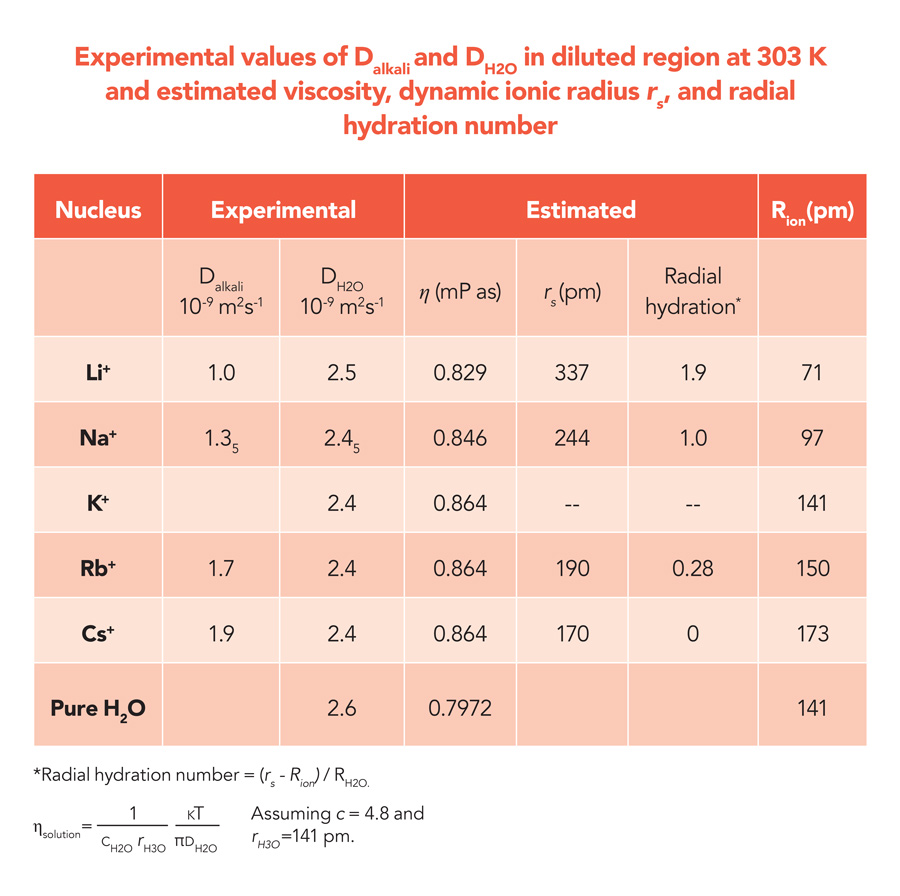 Using pulsed-field gradient (PFG) NMR, Hayamizu has been able to examine the diffusion of Li+, Na+, Rb+ and Cs+ over times of the order of 10-2 seconds, a timescale that is well beyond the capabilities of competing experimental techniques. This makes is possible to gain direct access to macroscopic properties, including the viscosity of the solution and the ionic mobility. In PFG NMR experiments, two equivalent pulsed field gradient (PFG) are applied. An active nucleus is marked at the initial position using the first PFG. The second PFG is used to detect the spatial position of the same ion after ~10-1–10-3 seconds. According to Hayamizu’s results, alkali metal ions diffuse over lengths of the order of 10-5 metres in the time period. The aqueous alkali-metal ion solutions are homogeneous, and the diffusion coefficient obtained by the PFG-NMR is a physical constant, as is viscosity. From this information, using the Stokes-Einstein relation, the Stokes radius rs of the hydrated ions can be estimated. The diffusion coefficient of water molecules observed indicate that only a modest decrease in water diffusivity occurs in diluted alkali metal solutions compared to pure water. This suggests that, at low salt concentrations, the viscosity of alkali metal ion solutions depends only weakly on the alkali-metal species.

PFG NMR provides a powerful tool to examine the hydration structure and mobility of ions in aqueous solution in long timescale (10-2 s).

The diffusion coefficients measured for the alkali metal ions using PFG-NMR were found to increase along the series Li+, Na+, Rb+ and Cs+. As we move from Li+ to Cs+, the ‘static’ ionic radius Rion, which gives a measure of the size of an isolated (that is, not hydrated) ion, increases from 71 picometre (pm) to 173 pm, where 1 pm corresponds to 10-12 metres. According to the Stokes-Einstein relation, on the other hand, the diffusion coefficient must decrease as the Stokes radius rs of a given ion increases. Hayamizu interprets this result as a direct consequence of the hydration process. In aqueous solution, alkali metal ions diffuse along their closely associated water molecules within the hydration sphere, and the Stokes radius has therefore to be identified with the dynamic radius, which is the diffusing radius of alkali metal ion surrounded by solvent H2O in the hydration sphere.

Based on this assumption, the number of water molecules that accompany a given alkali-metal ion during its diffusion, or hydration number, can be estimated. According to Hayamizu’s results, the smallest ion, Li+, binds a maximum of two water molecules in the radial direction, whereas larger ions have a reduced hydration number. A good correlation is also observed between the estimated hydration number and the hydration enthalpy of each ion. This quantity measures the energy released when an ion dissolves in water and starts interacting with water molecules, and it is found to be highest in the case of Li+ and to decrease linearly along the series Li+, Na+, Rb+ and Cs+. A similar correlation is also observed between the hydration numbers and the ionization energy, which represents the energy required to remove one electron from an atom to give a positively charged ion. Again, Li+ is found to exhibit the largest ionization energy, and a linear scaling is observed to link the ionization energies of Li+, Na+, Rb+ and Cs+ and their hydration number.

A new look on hydration

The work of Hayamizu has shown that PFG NMR approach, which is widely used in the study of electrolytes, provides a powerful tool to examine the hydration structure and mobility of ions in aqueous solution, giving access to timescales of ionic translational motion not achievable with other experimental techniques. Its application to the alkali metal ion series has demonstrated the validity of the theoretically derived Stokes-Einstein equation for this group of ions in aqueous solution and it has made it possible to achieve a complete parameterisation of this equation. This new approach to linking microscopic solvation structure and solvent dynamics to the macroscopic properties of ionic solutions, like diffusion coefficients, provides a rigorous and accurate framework for the study of complex solution processes.

What are the strengths of PFG NMR in the study of ion diffusion and what questions remain open in our understanding of the dynamics of alkali metal ions in water solution?


PFG NMR can directly measure translational motion of NMR active species of gas, molecules, and ions in solutions, ionic liquids, polymers, biomolecules, biopolymers, gels, solid electrolytes, and solids like zeolites. The range of the diffusion coefficients observed by the PFG NMR is approximately 10-9 to 10-13 m2s-1. The timescale is long, so is the diffusive distance (~10-6–10-5m). The diffusion of alkali-metal ions in aqueous solution is one example of fast translational motion.
Imaging the dynamical hydration sphere of alkali metal ions was last modified: October 10th, 2022 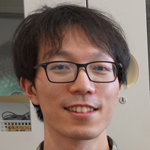 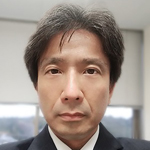