Biology
Microbial metabolisms are valuable tools in industrial biotechnology. The ability to monitor and measure the productivity of microbes is essential, but many standard techniques are limited by issues of labour- and time-intensity. With funding from the Department of Energy’s Bioenergy Technologies Office, Office of Science, and Environmental Management Program as well as the Department of Defense’s Defense Threat Reduction agency. Dr Charles (Chuck) Turick at the Savannah River National Laboratory and collaborators from Clemson University, the University of South Carolina, and Savannah River Consulting, have applied electrochemical techniques to enable in-situ monitoring of microbial metabolic activity uninhibited by the limitations of standard technologies.

Microorganisms are incredibly valuable tools in industrial biotechnology. The plasticity and repertoire of microbial metabolisms are further increased through genetic engineering, giving rise to a vast array of potential uses for the microbes. They can clean oil spills from oceans, yield fuel from plants, as well as produce pharmaceuticals such as penicillin. The biotechnology industry, therefore, forms a significant part of the economy (known as the bioeconomy), with U.S. revenues totalling $350 billion, or 2.5% of their GDP, in 2012.

For quality control purposes and to maximise process efficiency, the activity of the microbes in the bioprocess must be monitored. Slight changes in oxygen concentration, pH, temperature, etc. can have large impacts on the metabolic activity of microorganisms and therefore on product yields. By looking at changes in cell numbers and a range of metabolites within a microbial culture, scientists can gain insight into the metabolic status of the bioprocess and how this can be manipulated and optimised. 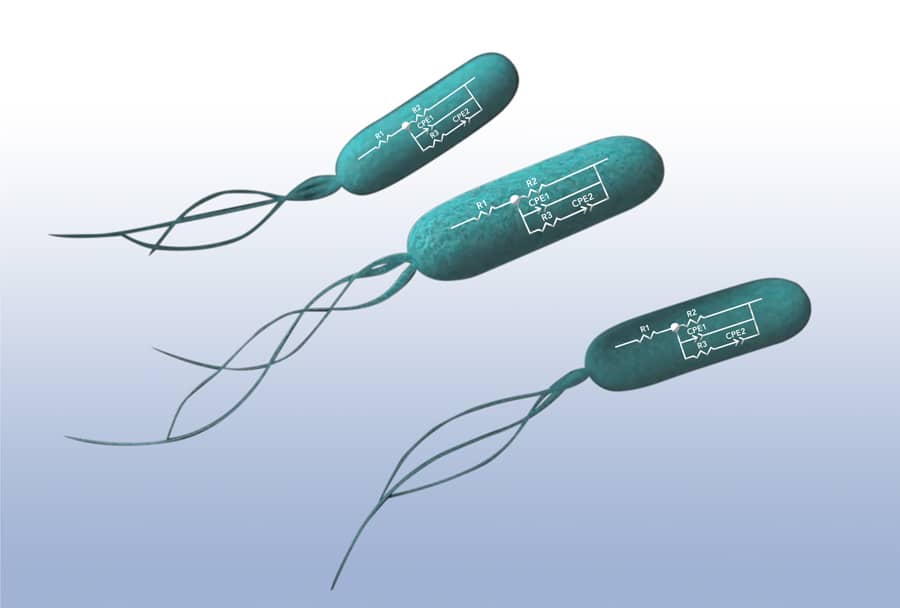 Measuring microbes
However, many methods to sample and analyse the conditions of microbial cultures are time-consuming, labour-intensive and costly. This is particularly evident when microbes must be grown in the absence of oxygen or at a harsh pressure, making sampling a much more complex procedure. The time and labour taken when samples are manually collected and analysed (termed offline monitoring) limit the amount of data that may be collected as well as the opportunity to detect issues in the process as they develop and, therefore, the capacity to optimise the bioprocess. The discontinuous nature of offline monitoring also leaves gaps in data, which can lead to misinterpretation. To avoid such issues, automated sensors can be submerged within a microbial culture to facilitate continuous and real-time monitoring of conditions (so-called online in-situ monitoring). However, because the sensor remains in-situ, microbes can accumulate on the sensor itself and reduce the accuracy of its measurements (known as biofouling). Costly and time-consuming cleaning and maintenance of the sensor is then required. The ideal technology to monitor bioprocesses should navigate around these limitations whilst providing accurate and useful data. Dr Chuck Turick at the Savannah River National Research Laboratory with his colleagues Ms Ariane L. Martin and Dr J. Michael Henson at Clemson University, Dr Sirivatch Shimpalee, Dr John Weidner, Mr Pongsarun Satjaritanun, and Mr Blake A. Devivo at the University of South Carolina, and Dr Scott Greenway at Savannah River Consulting have developed an automated, non-invasive approach to monitor microbial activity with real-time data acquisition to do just this. Part of this work has also resulted in a patent for monitoring microbial growth on surfaces (biofilms).

Microorganisms are traditionally considered as sources of biochemical catalysts (enzymes) and are typically analysed using chemical methods, such as chromatography and mass spectrometry. As in all chemical reactions, those occurring within microbes are driven by the flow of electrons. For example, the microbial cell surface is negatively charged which attracts positive ions, resulting in the formation of a double layer on the cell membrane. Dr Chuck Turick and his collaborators, therefore, began to consider microbes as electric circuits as well as chemical catalysts. Any disturbances to the bioprocess may be detected by looking at changes in both electron flow and chemical composition. The combination of these methods gives rise to the growing fields of electrochemical monitoring and electromicrobiology.

Dr Chuck Turick and his collaborators began to consider microbes as electric circuits as well as chemical catalysts.

What is electromicrobiology?
Electromicrobiology uses electrochemical techniques, such as cyclic voltammetry and electrochemical impedance spectroscopy, to study microbial activity. Dr Chuck Turick has been using such technologies for over a decade to study how microbes can sequester uranium in contaminated soils. More recently, Dr Chuck Turick has developed electrochemical techniques to monitor microbial growth and metabolic activity in-situ, offering an attractive alternative to standard analytical methods.

How does it work?
Cyclic voltammetry works by measuring the current that is generated as a range of potentials are applied to a redox active system, such as a microbial culture. A redox-active metabolite can switch between oxidised and reduced forms through the loss or gain of one or more electrons, respectively. As increasing potentials are applied to an electrode submerged in a microbial culture, the current of this electrode increases over time as it gains more electrons. The electrode then reaches the reduction potential of a metabolite of interest – meaning the potential at which the metabolite will switch between reduced and oxidised forms, also known as peak current or charge density – and the electrons pass from the electrode to the metabolite via extracellular electron transfer. This reduces the metabolite and oxidises the electrode, resulting in a detectable drop in the electrode’s current. The current is then reversed and the redox reaction reverses, repeating in a cycle. When microbial cultures are monitored in this way, the charge density of reduction peaks is measured as an average across the entire culture. Changes in the charge density of the peak can correspond to changes in the ratio of living cells to dead cells within a culture, as well as changes in the metabolic status of the cells.

Electrochemical impedance spectroscopy (EIS) is used to gain insight into the composition of cells within a culture. In simple electrical circuits, resistance is a measure of the circuits ability to resist the current flow. In complex circuits, such as microbial cultures, resistance also becomes a more complex parameter and is instead described by impedance. The impedance of a microbial culture is measured by applying potential to an in-situ electrode and monitoring the change in current as it passes through the culture. By using a range of frequencies, the impedance values can be analysed to understand how the composition of a culture varies as cells grow and their metabolisms change over time.

In Dr Chuck Turick and his collaborators latest publication, cyclic voltammetry and EIS were demonstrated to accurately and effectively monitor microbial growth. The techniques show both impedance and charge density of reduction peaks correspond to the number of cells in a culture and their growth status. Now a patented technology, impedance was also shown to change as cellular growth slowed, indicating shifts in metabolic activity.

The key advantages of using electrochemical techniques include its capacity for real-time data acquisition and its ability to monitor in-situ, thereby minimising disruption to the microbial culture and reducing the labour and time-intensity of data collection. In addition, cyclic voltammetry was demonstrated to effectively prevent microbes from accumulating on electrodes submerged in cultures. This suggests the technology can be used to clean electrodes without removing them from the bioprocess, avoiding the limitations posed by biofouling. 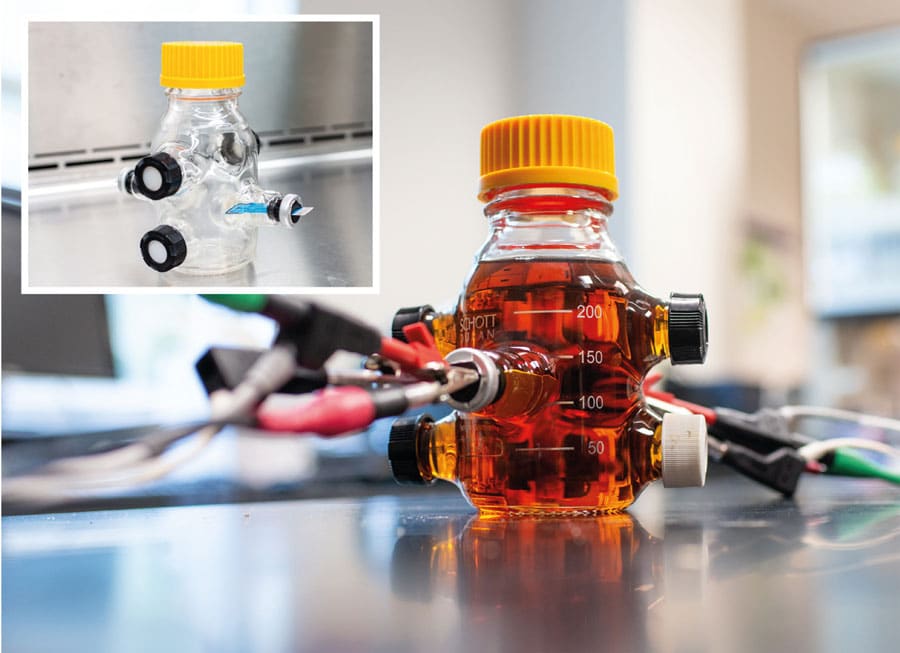 Electrochemical techniques reduce the labour and time-intensity of data collection [and] avoid the limitations posed by biofouling.

The field of electromicrobiological research has gained great interest in the last decade since Dr Turick organised the first international symposium on the subject in 2008. Electrochemistry is already a well-established technology amongst physical scientists but was rarely used beyond traditional electric circuits. Its novel application in microbiology has now inspired greater collaboration between scientists and engineers from different backgrounds to continue developing and expanding the field of electromicrobiology, changing how microbial metabolisms are considered, monitored, and even manipulated.

In-situ monitoring of microbial circuitry was last modified: May 30th, 2019 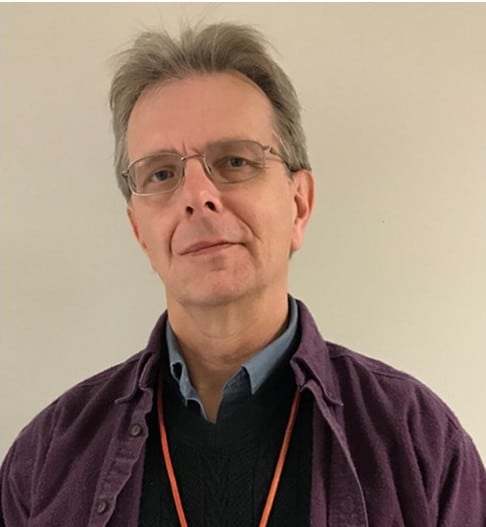 Microbiomes – the key to a healthier planet?
Biology
Read This Article
Stress, our hated guard: Or how theoretical physics could explain the phenomenon of life
Physical Sciences
Read This Article