Biology
Amyotrophic lateral sclerosis (ALS) is a devastating and incurable neurodegenerative disease that affects people in adulthood. It leads to the death of neurons involved in muscle control, eventually affecting almost all facets of the body, including walking, swallowing and breathing. Drs Nancy Bonini and Leeanne McGurk at the University of Pennsylvania are using fruit flies, mammalian cellular systems like neurons, and in vitro protein preparations to investigate promising new molecules that could open avenues to new treatments for this devastating condition.

Amyotrophic lateral sclerosis (ALS) – also known as motor neuron(e) disease – is a severe and incurable disease that has a devastating effect on the quality of life of people living with the condition as well as their carers and families. ALS most resonates with the general public in relation to high-profile personalities who have experienced the condition, including American baseball player Lou Gehrig – hence, the disorder is sometimes referred to as Lou Gehrig’s disease – and world-renowned British physicist, Stephen Hawking. 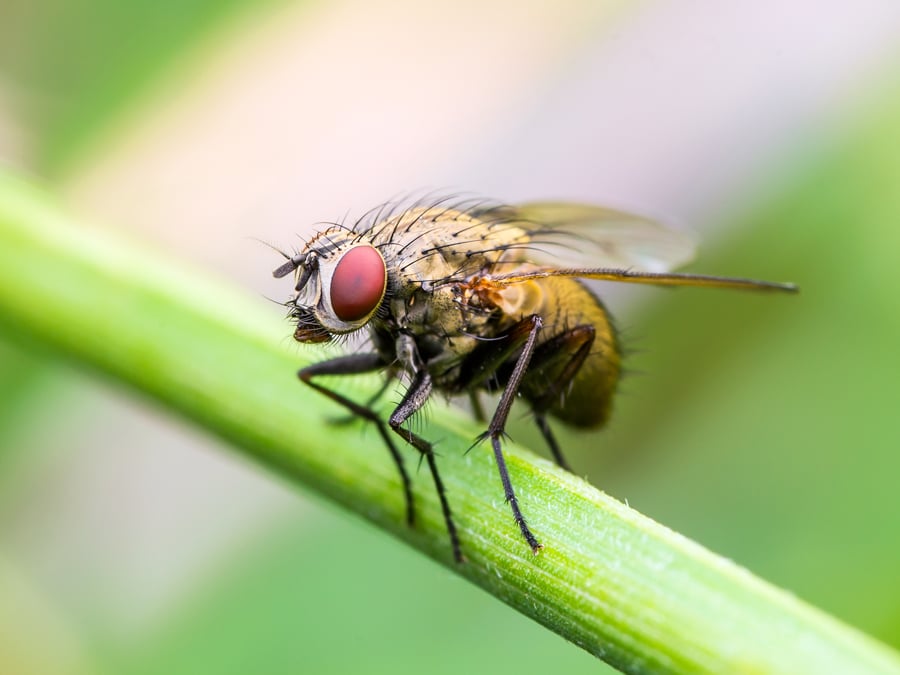 The first signs and symptoms of ALS might include tripping, leg weakness and difficulty controlling hand movements, or, what people might first dismiss as simple clumsiness. Diagnosis is usually aided by imaging and scanning techniques that can rule out other causes of nerve damage and lack of motor control, including brain tumours and neuropathy. Over time, symptoms of ALS gradually become worse and affect almost all areas of the body causing muscle weakness, stiffness and paralysis. As the disease advances, people living with ALS find their breathing becomes more difficult and eating becomes impossible as muscles associated with swallowing are affected. Almost all people with ALS will eventually find their ability to speak frustratingly difficult, leading some to rely on technology to communicate – with early versions of this technology perhaps best represented by Stephen Hawking’s infamous computerised voice. The most common cause of death for people with ALS is respiratory failure as the disease interferes with patients’ ability to breathe or cough. Many people with ALS die within two to five years of their diagnosis with many still in middle age.

Risk factors are not well understood but include older age, with most people diagnosed in middle to older adulthood. A small proportion of cases are inherited and run in families, whilst most cases are apparently sporadic in nature. Although several genes have been linked to ALS, no one gene that has been discovered can account fully for the disease.

The urgent need for more research into ALS has gained awareness after high-profile campaigning by advocacy and patient groups. A very successful ‘Ice Bucket Challenge’ online campaign firmly cemented ALS in the public conscientiousness in the past years and raised over $100 million to support vital research and services for the people living with the disease.

Despite increased awareness and funding for the condition, there is a paucity of effective treatments available for people living with the condition. After decades of research, there are currently no cures for people living with ALS. Existing treatments are limited and can help patients manage some symptoms of the condition but only extend life by up to three months. Clinical trials for desperately-needed treatments are few and far between and relatively little is known about the molecular processes that are responsible for its widespread effects on the central nervous system.

After decades of research,
there are currently no cures for people living with ALS.

Promising new horizons
Dr Leeanne McGurk, a postdoctoral researcher is based in Dr Nancy Bonini’s laboratory at the Department of Biology at the University of Pennsylvania, has committed her working life thus far to understanding more about the molecular mechanisms underlying ALS in the hope of uncovering new avenues in the quest for successful drug treatments. Together, McGurk and Bonini have made important strides to pinpoint molecules that could help tackle some of the processes that go awry in the condition. As part of their research tool kit, Drs McGurk and Bonini have made some of their most fundamental discoveries using a small but powerful model of neurodegenerative disease – common fruit flies. They extend their findings from the tiny fly to other systems and approaches in studies with their team of collaborators.

Fruit flies to model ALS
Drosophila melanogaster – more commonly known as fruit flies – are surprisingly more similar to humans than they may first appear and have been used in scientific studies of disease for over 100 years. Fruit flies share many of the genes that are seen in humans and display more complex behaviours than may be expected, from movement to social interactions. The fact that fruit flies have a smaller genome than other laboratory animals, such as mice, means that their DNA can be studied more easily than mammals. Their shorter life spans that can be measured in days rather than months make it easier, quicker and less expensive for researchers to track disease-related changes that occur over a lifetime. A number of molecules have been tested in these tiny creatures, some have even ended up in clinical trials for a range of diseases.

Together, McGurk and Bonini have made important strides to pinpoint molecules that could help tackle some of the processes that go awry in the condition.

TDP-43 – a vital insight into ALS
Many patients with ALS show cells that have a build-up of a protein known as TDP-43. In healthy human cells, this protein is contained in the heart of the cell, known as the nucleus. However, in ALS, TDP-43 seeps out of this cell core and accumulates in clumps elsewhere in the cell. Protein clumping is seen in other neurodegenerative diseases, including Alzheimer’s disease, characterised by clumping of proteins known as amyloid and tau, and frontotemporal degeneration, which also involves the TDP-43 protein in approximately half of all cases.

As an early postdoctoral researcher, Dr McGurk, as well as other members of the Bonini lab, modelled ALS in fruit flies by manipulating cells in the nervous system to express human TDP-43. Flies expressing this human protein showed both neurodegeneration and a shortened life span, similar to features reflective of ALS. This advance was a vital milestone as it offered the team a model for efficiently studying ALS on the molecular level. Further studies with fruit flies shed light on the behaviour of TDP-43, focusing on protein clumping, TDP-43 transportation throughout the cell and the response of the protein in conditions of stress, such as that seen in the disease.

TDP-43 targeted therapies
In exciting follow-up experiments, Bonini and McGurk’s team found that the damage caused by expressing TDP-43 in the fly can be rescued. They discovered that reducing levels of an enzyme known as PARP-5 meant that the flies expressing TDP-43 stopped the early death. The researchers believe that PARP enzymes could be key to understanding why proteins accumulate in the cell cytoplasm outside of the nucleus and further, could shed light on ways to reduce the build-up of TDP-43 in this part of the cell. 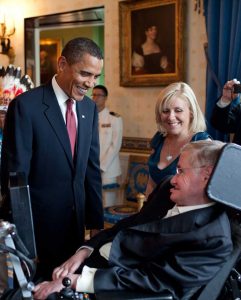 When McGurk and Bonini investigated this with their collaborators in human spinal cord cells, they found that PAR – a chain of molecules tagged on to target proteins by PARP and controls the toxicity of TDP-43 – were found in high levels in the nucleus of motor nerve cells. This suggested that levels of PARP activity in the human spinal cord were elevated in the presence of ALS. To test this theory further, the researchers tested a drug to reduce activity of PARP-1/2 in a rat nerve cell model of ALS expressing human TDP-43. Promisingly, the drug – originally developed as a cancer treatment – was shown to reduce neural death caused by TDP-43. The findings suggest that PARP enzymes could be a vital target for investigating new drug treatments in diseases linked to TDP-43 clumping.

Future steps
There is still much to learn about PARP enzymes before they could be used to treat ALS patients, including how the subtypes of PARP enzymes work together and how they affect the transport of TDP-43 throughout the cell. However, these findings shed light on the molecular mechanisms underlying the disease and are a beacon of hope in a drug discovery landscape blighted by a drought of advances in recent years. The findings could also shed light on treatments for disorders that share some of the same molecular characteristics, including frontotemporal degeneration. Whilst there is some way to go before it can be determined whether PARP-based therapies could work for ALS, scientists such as Drs McGurk and Bonini continue to strive towards understanding ALS at the molecular level, offering hope to those living with this devastating condition.

What steps would have to be taken before PARP enzyme-based therapies could be tested in a clinical trial?

<> ALS is a heterogeneous disease, meaning that there are many different genes that when mutated give rise to the disease. We need to understand if PARP inhibitors are beneficial to all, or only some of these disease gene situations using our model systems of cells and animals. These types of studies will inform if certain patients may be better suited to these compounds, should they prove promising. Many of the developed PARP inhibitors have very specific modes of action and some are better at crossing the blood-brain-barrier than others. We need to first understand if there are differences in these PARP inhibitors in treating ALS-associated toxicity in cells and in neurons so that we can select the best compound or compounds for further testing. Traditionally, drugs are tested in rodent models of disease before they can move forward into a clinical setting. The field has made much progress in rodent models that recapitulate aspects of the disease process. Once we know which inhibitors are most promising in our settings, the next step will be to advance and test in a rodent system. 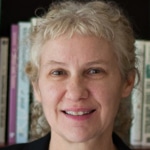 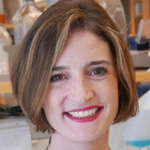 Bonini received her PhD from the University of Wisconsin-Madison, then performed postdoctoral research at Caltech. She then launched her laboratory at Penn, where she developed Drosophila as a model for human neurodegenerative disease. She is an elected member of the National Academy of Sciences, National Academy of Medicine and American Academy of Arts and Sciences.

McGurk received her PhD from the University of Edinburgh and joined Bonini at Penn as a National Ataxia Foundation Investigator. As a post-doctoral researcher, she uncovered that the post-translational modification poly(ADP-ribosylation) may play a role in mediating amyotrophic lateral sclerosis. This coming Fall, she will join the Division of Cell & Developmental Biology in the School of Life Sciences at the University of Dundee, as an independent investigator.

Investigators at Penn:
An investigator at Northwestern: