Behavioural Sciences
The Fukushima nuclear disaster in 2011 saw a clamour among the Japanese media calling for the phase-out of nuclear power plants. In his research, Professor Katsuyuki Hidaka at Ritsumeikan University looks at the discussions around denuclearisation since the catastrophe, and how they reveal tensions within Japan’s social narrative.

On 11 March 2011, an earthquake measuring 9.0 on the Richter scale triggered a tsunami off the east coast of Japan. It hit Fukushima Daiichi Nuclear Power Plant, causing a triple core meltdown and radiation leak that saw over 470,000 people evacuated from their homes.

It was one of the worst nuclear disasters in history, including the Chernobyl disaster, and became the catalyst for a clamour among the nation’s media to call for a ban of nuclear power in Japan, a country with over 50 nuclear power stations and a frequency of earthquakes. Public opinion has shifted, too, with the majority of Japan’s population keen to see the back of nuclear power. Prior to the accident, antinuclear sentiments were confined to a minority of individuals; a taboo subject left untouched by mainstream media and the academic world.

So how has the Fukushima incident shifted public, media and academic opinion in Japan, and how do these opposers put forward their arguments? And more specifically, how do the interpretations of ‘newcomers’ to the antinuclear movement differ from those who’ve been fighting the cause for decades? This is something Professor Katsuyuki Hidaka is investigating in his ongoing research at Ritsumeikan University: he is exploring the media and academic discussions around nuclear power in the wake of the disaster, and crucially, how these discussions reflect an unease with Japanese modernity and postwar society. It is a topic that forms a larger part of Hidaka’s research interest – how the media represents and makes sense of the past, particularly the recent past.

The rise of nuclear power
In the two decades following the Second World War, nuclear power plants were constructed in quick succession around Japan, then slowed down dramatically in the 1970s with the first rumblings of the antinuclear movement. The late 60s and 70s were a hotbed of political activism in other arenas in the country, with students taking to the streets to vent their frustrations at the wider establishment, as well as at nuclear power. This is something Hidaka has explored in his earlier studies, particularly looking at modern-day Japan’s nostalgia for its heyday of political activism, and how recent films about this rebellious period are a critique of the activists’ assimilation into mainstream capitalist society and kowtowing to the powers that be.

The antinuclear movement gained further momentum after the nuclear accident on Three Mile Island in Pennsylvania in the United States in 1978, during the Cold War when figures from the Japanese literary world joined forces to voice their opposition to nuclear weapons, and after the Chernobyl disaster in 1986. The latter disaster in particular prompted significant uproar, prompting journalist Hirose Takashi to write Kiken na Hanashi (‘Dangerous Stories’), arguing that information presented by the Soviet government about the incident was full of fabrications. The book particularly attracted housewives who were worried about radioactive contamination of foods imported from Soviet and European countries.

Dr Hidaka explores the media and academic discussions around nuclear power in the wake of the disaster, and crucially, how these discussions reflect an unease with Japanese modernity and postwar society.

However, in the 1980s – a time of unprecedented economic growth in Japan – the movement was confined to the fringes of mainstream Japanese society: freelance journalists, photographers, pop musicians, literary figures, activists, a small number of scientists and those with alternative, left-wing leanings often labelled as ‘hippies’. The 1990s was a quiet spell for the movement owing to the fading of memory of the Chernobyl disaster, and perhaps also due to Japan’s economic bubble bursting in 1992 – the resulting economic stagnation in the country would have distracted the populace from other pressing issues.

Even the 2000s were a quiet time despite nuclear accidents involving reactor damage and ruptured pipes, which are believed to have been covered up by the plants involved and were barely reported by the media at the time.

According to Hidaka, the gravity of the Fukushima disaster and the worldwide attention it received seemed to be a wakeup call for Japan. Mainstream news outlets suddenly jumped on the antinuclear bandwagon, and academics from the world of social sciences and humanities, who were previously indifferent to the movement, lent their voices to the cause, airing their discontent through a proliferation of newspaper and magazine articles, blog posts and books. Hidaka claims that this is in line with a recent trend of catastrophic disasters, such as wars, major earthquakes and terrorist attacks, being fodder for the mass media, which strives to create social narratives out of these events.

n his research, Hidaka highlights that the antinuclear discussions around Fukushima fall into four categories: reasons for how and why the disaster happened; the impacts and influence of the disaster; the pros and cons of nuclear energy; and critical reviews of the postwar influx of nuclear power stations in Japan. Hidaka found that the first two fields of discussion are often presented in newspaper and magazine articles, while the latter two are largely addressed by experts from varying backgrounds of expertise, including engineering, risk management and economics. He also noticed a trend for academic offerings to be inadvertently biased by the author’s specialist field of knowledge, whether it be philosophy, religion, economics or otherwise, creating a nuanced macro-narrative that fails to paint a broader, holistic picture.

Lifting the lid on ‘Cool Japan’
Hidaka also observed that these antinuclear discussions, which are still a hot topic in Japanese current affairs today, reflect a deep-seated discontent with Japanese modernity and a post-war, money-driven society. He highlights that this is something rarely given attention to by the media, with most focus being on the notion of ‘Cool Japan’ and its contributions of manga, anime and gaming to the world stage rather than how the country deals with its socio-political problems. Hidaka points out that it often takes a national catastrophe like Fukushima to shine a light on these issues, quoting Kai Erikson: “A catastrophe opens up the cracks that were inherent in the previous community and exposes cultural contradictions while fragmenting them.”

Hidaka then takes this argument down an interesting avenue, highlighting that these post-Fukushima discussions have a lot in common with media and intellectual discourse after other disasters in Japanese history, such as the Great Kanto Earthquake that killed 100,000 people in 1923, and the Pacific Air War in 1942. The former disaster put forward theories of divine retribution, while the latter prompted concerns about Japan’s path of modernisation.

According to Hidaka, the gravity of the Fukushima disaster and the worldwide attention it received seemed to be a wakeup call for Japan.

But a key question Hidaka wishes to answer in his research is why – in a country where earthquakes are a frequent occurrence – a denuclearisation policy hasn’t been introduced until now, even though the vast majority of Japanese people are in favour of it. He claims that there is no simple answer to this, and it is something he endeavours to explore in his ongoing study of the Japanese media’s representation of the country’s postwar history.

To highlight the Japanese public’s condemnation of modern society after
the Fukushima disaster, in his study Hidaka quotes the Nobel Prize winning novelist Ōe Kenzaburō: “So far, the Japanese as subjects have not had the determination nor have they been given the option to shape the nation’s future. It is as if Japan has been giving herself a postponement…This actually means that our nation has not corrected its past mistake yet. We have not taken our responsibility [as modern citizens] until now.”

What does the next stage of your research entail?
<>
My aim is to collate my research to date and publish it as a single-authored book. I will then investigate the various post-catastrophe media histories in the modern world including the Titanic accident, September 11 attacks, and atomic bombing of Hiroshima, and compare these with the media situation after the Fukushima nuclear accident.

In the wake of catastrophe Japanese media after the Fukushima nuclear disaster was last modified: August 30th, 2019

Hidaka, K. “Collective Remorse for the Past: Japanese Film and TV Representations of the 1960s Student Movement.” In: Persistently Postwar. Media and the Politics of Memory in Japan. Eds. Blai Guarné, Artur Lozano-Méndez, and Dolores P. Martinez. 2019. ISBN 978-1-78533-959-2. 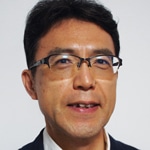 Dr Katsuyuki Hidaka is Professor of Media and Cultural Studies at Ritsumeikan University in Kyoto, Japan. He is also a research associate at the School of Oriental and African Studies, University of London, from which he received his PhD degree. His book Japanese Media at the Beginning of the Twenty-first Century: Consuming the Past (Routledge, 2017) won the Japan Communication Association Best Book Award. He is director of JSSJMC (the Japan Society for Studies in Journalism and Mass Communication).