Physical Sciences
Algae and cyanobacteria have evolved to produce a variety of complex chemicals from the simple inputs of light and carbon dioxide. We can engineer these organisms to produce carbon neutral biofuels and other valuable byproducts, but large scale growth and production is still a major challenge. Dr Nanette Boyle, Assistant Professor in Chemical and Biological Engineering at the Colorado School of Mines, has created powerful computer modelling tools which are able to predict the growth and production of these organisms. This will ultimately speed up the development of the industrial scale algae-based biofuels.

As the world’s energy demands increase, governments are increasingly placing fossil fuels to one side, in favour of renewable sources of energy – solar, wind and nuclear, for example – but a photosynthetic revolution is slowly emerging. Plants, algae and cyanobacteria contain microscopic machinery which have had millennia to perfect their trade: the photocatalytic production of chemicals and fuels which can be used for energy.

This machinery has an enormous amount of potential to perform otherwise difficult, expensive and energy-intensive chemistry, using sunlight as its only source of energy. As well as being a renewable energy source, the hydrocarbon biofuels produced by some of these organisms have another advantage: they are carbon-neutral, meaning that the amount of carbon dioxide produced when they are burned is the same as the carbon dioxide removed from the air by the organisms. In fact, the petroleum-based fuels we use today have chemical signatures indicating they are derived from algae 500 million years ago which has been compressed within the earth. One of the major challenges of displacing fossil fuels is the low cost, but by selecting organisms which can co-produce valuable molecules alongside biofuels, the economics become much more feasible.

Micro-organisms with huge potential
Although there have been a handful of commercial successes using microorganisms to produce chemicals, such as Sorona® from DuPont or 1,4-butanediol from Genomatica, there are still many challenges to overcome before engineering these organisms becomes routine. First, inside any living cell, thousands of chemical reactions are occurring simultaneously, and it can be hard to predict the effect of changing one reaction or enzyme; this is a problem, because organisms may need to be genetically engineered to increase their efficiency.

Another major challenge is that while the organisms that have mainly been used for these types of projects are fast growing, widely studied and have sophisticated genome engineering tools available, they require sugars to grow; this makes them compete with both our food and feed supply for resources. That is where photosynthetic microorganisms come in, they can convert carbon dioxide directly into complex molecules. The drawback though is that the physiology of the cell is not as well-characterised and they grow much more slowly, making the engineering challenge more difficult.

There is an enormous amount of untapped potential in the use of photosynthetic micro-organisms as a source of renewable fuels and chemicals, so what needs to happen before we can begin growing fuels?

Firstly, the technology to deliberately change the genetics of potentially useful algae and cyanobacteria is a little lack-lustre. They are not as well studied as typical model organisms like E. coli, and traditional methods rely on instigating mutations in the organisms and choosing environmental pressures until the organisms evolve some more desirable characteristics. This approach is slow, especially for photosynthetic organisms like algae and cyanobacteria.

Alongside biofuels, some organisms can co-produce valuable molecules that can boost the financial viability of biofuel projects.

Secondly, laboratory research tends to be performed in highly artificial environments. Performing research where light is constantly provided to a photosynthetic organism might make things easier to study, but these organisms react to diurnal light fluctuations, and so have circadian growth just like humans. This is an extremely important consideration because when these organisms are eventually used to produce biofuels or other bioproducts, they will most likely be cultivated in raceway ponds – large outdoor pools subject to natural light fluctuations. Too often, laboratory-engineered strains significantly under-deliver when they are grown outdoors.

An in silico solution
Dr Nanette R. Boyle, Assistant Professor at the Colorado School of Mines, is approaching the problem with a truly 21st-century approach: using computational modelling to map and predict how carbon is directed through metabolic pathways. Computational modelling significantly reduces the time taken to genetically engineer organisms, and the reason is simple: the models provide a detailed view of an organism’s cellular machinery and can simulate thousands of different genetic changes in a fraction of the time it would take to build the strain in the lab. The computational modelling approaches Dr Boyle is developing in her lab have the added benefit of making it possible to predict how an organism will react to changes in its environment – particularly important for understanding how cells will perform in changing light levels over a day-night cycle. She is integrating metabolic models with models of the changing light environment, how nutrients and metabolites move, how the organism grows and interactions between both the cell and the environment and the cell and other species into a single modelling framework called MultIscale MultiObjective Systems Analysis (MIMOSA).

Modelling the photosynthetic
MIMOSA is a remarkably sophisticated tool – and it needs to be. Cells have incredibly complex interactions both internally and with their surrounding environment which also includes other species. MIMOSA excels at modelling a multitude of natural phenomena, including how cells move around a system, tracking how concentration levels of different metabolites change over time as they are produced and consumed, the diffusion of nutrients, and interactions between cells and their environments – making it the most predictive model ever produced for photosynthetic organisms.

MIMOSA relies on a framework of mathematics called agent-based modelling (ABM), that predicts how an overall system – like a group of cells in an organism – will behave, based on how each individual cell makes decisions based on a rule of behaviour defined by the model. MIMOSA relies on knowledge of the metabolic pathways within an organism, to determine how each cell ‘agent’ will behave under different conditions. Another tool developed by the Boyle laboratory called Rapid Annotation of Photosynthetic Systems (RAPS) can create detailed descriptions of these metabolic networks in as little as 20 minutes. Starting from the proteins which are predicted to exist based on the genome of the organism, RAPS uses information from protein databases to create these metabolic networks, and can also spot where gaps in reactions are missing, allowing manual additions by a researcher to complete metabolic pathways. Models created by RAPS have outperformed published models due to more accurate metabolic pathways and reaction network completeness.

Trichodesmium, a test case
As a test-case for MIMOSA, Boyle’s laboratory chose Trichodesmium erythraeum, a cyanobacteria which is responsible for almost half of all biological nitrogen fixation globally. Simulations generated using MIMOSA were able to predict to a very high accuracy the accumulated biomass of T. erythraeum over 12-hour periods, under different light levels including the saturating effect of very high light, which other published models were unable to capture. Not only that, but MIMOSA was able to provide new information about how the organism is able to perform so well in oceans, where nutrients are scarce; longer T. erythraeum filaments are able to perform much better and maintain growth in limited light, nitrogen and carbon conditions compared to short filaments. The model can also accurately predict the transient activity of nitrogenase, the enzyme which converts diatomic nitrogen to ammonia, which peaks approximately 4 hours after the onset of light; this indicates that this is regulated at least in part by metabolic status in the cell and not necessarily gene expression. By allowing the researchers to ‘zoom in’ on specific times, MIMOSA provided new information on the distribution of nitrogen and carbon throughout the cells, and successfully modelled how the organism can organise into multi-cellular filament structures which vary in length depending on the availability of resources like light and carbon dioxide.

Algal biofuels
The team has more recently turned their attention to a more interesting organism: a green alga called Chromochloris zofingiensis. C. zofingiensis was chosen from a list of almost 100 different algae for its ability to produce an enormous amount of triglycerols (TAGs) – a feedstock for biofuel production – even when starved of nitrogen. Not only can C. zofingiensis produce up to 40 per cent of its own biomass in TAGs, it also produces a co-product molecule called astaxanthin, a pharmaceutical compound with a value of $7000 per kilogram. The first step for performing MIMOSA for this organism is to enumerate all possible metabolic reactions in the cell, which was done using the RAPS algorithm. The predicted protein sequences for C. zofingiensis were compared to the published metabolic models of two closely-related organisms: Nannochloropsis gaditana and Chlamydomonas reinhardtii. RAPS was able to provide a good first draft model of the metabolic network, providing pathways for over 3,000 reactions. 31 reactions were not predicted by RAPS, which is unsurprising given that neither of the comparison organisms synthesise astaxanthin. Because RAPS flags gaps for missing processes, reactions for this process could be manually added. The completion of this metabolic network took only three months where previous manual efforts in the Boyle lab for other organisms were closer to one year.

Future Directions
With a metabolic map in place, Dr Boyle and her team can begin the process of using MIMOSA to perform an in silico evaluation of C. zofingiensis to predict how it will behave outside the laboratory. While for T. erythraeum, MIMOSA produced a metabolic model for a 12-hour period of constant light, Dr Boyle wants the new model to extend to modelling cells over a 24-hour period of light and dark.

The in silico tools that Dr Boyle and her team have developed are a new frontier in evaluating photosynthetic algae, bridging an important gap between in vitro laboratory measurements and in situ environments of an outdoor pool. Down the line, the analyses performed by RAPS and MIMOSA could drive a whole new approach to how cells are engineered and, in the case of C. zofingiensis, with huge potential as a building block for a future powered by biofuels. 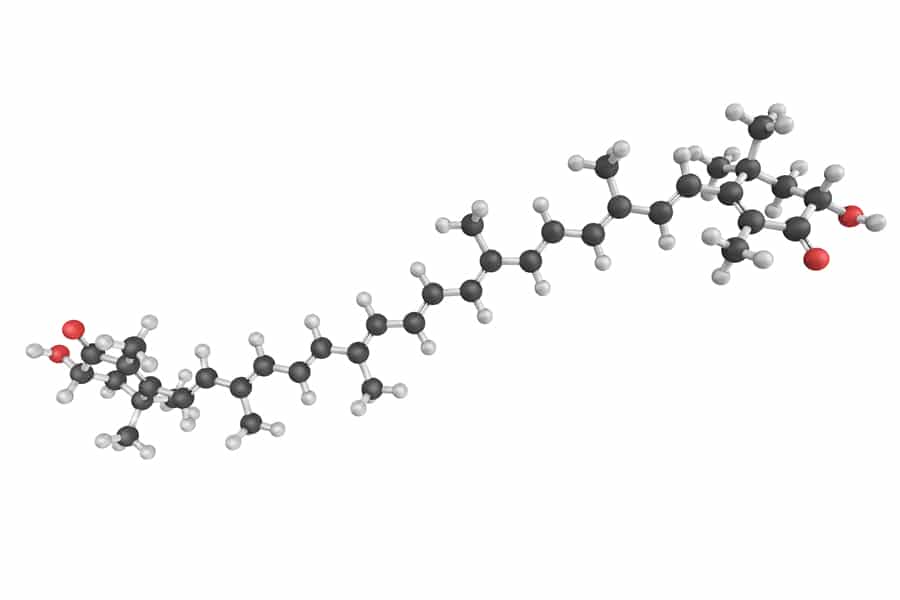 How close are you to completing the metabolic network for Chromochloris zofingiensis – and once you are done, what will you do next?

<> We have completed the metabolic network reconstruction and are now working on applying MIMOSA to the system, which I expect will take approximately one year. After that, we will use MIMOSA to evaluate the effect of other species on the growth and productivity of C. zofingiensis. Our aim is to identify other species that can either increase the productivity of the pond or protect the valuable bioproducts (TAGS and astaxanthin) from predators. 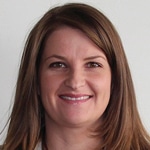 Nanette R. Boyle is an Assistant Professor in the Chemical & Biological Engineering Department at Colorado School of Mines. Prior to joining the faculty at Mines in 2013, she received her PhD in chemical engineering from Purdue University in 2009 and completed two postdoctoral appointments at CU Boulder and UCLA.