The advent of monoclonal antibody (mAb) technology has allowed the production of antibodies that can target specific antigens on malignant tumour cells or other inflammatory molecules that are known to exacerbate diseases such as rheumatoid arthritis or Crohn’s disease. Dr Martina Zimmermann, Dr Aline Zimmer, and their team from Merck KGaA, Darmstadt, Germany, added 5-Thio-L-Fucose (ThioFuc) to the cell culture media used to produce rituximab, in order to modulate its potency and therapeutic efficacy.

Immunoglobulin G (IgG) are proteins that are used by the immune system to recognise pathogens, such as viruses and bacteria, by binding to specific sequences of amino acids called antigens. The binding sites on the surface of the antibody are complementary to certain regions on the surface of the antigen called epitopes, allowing the antibodies to bind to the antigen with high affinity and specificity. While antibodies are an essential part of the immune system for their role in both the recognition of foreign antigens and the activation of a concerted immune response against the pathogen, the advent of recombinant protein technology has allowed the industrial production of antibodies through engineering of Chinese hamster ovary (CHO) cells. Therapeutic monoclonal antibodies (mAbs) can target specific antigens on, for example, malignant tumour cells, or be directed against inflammatory molecules that exacerbate diseases such as rheumatoid arthritis or Crohn’s disease.

Rituximab and glycosylation
An important therapeutic mAb is rituximab, an antibody used in the treatment of diseases such as Leukaemia or non-Hodgkin’s Lymphoma. Dr Martina Zimmermann, Dr Aline Zimmer, and their team from Merck KGaA, Darmstadt, Germany, looked at ways to increase the potency and efficacy of rituximab by modifying its glycosylation profile. Glycosylation refers to the presence of certain carbohydrate molecules, known as glycans, on the surface of the antibody. Glycosylation not only adds stability to the structure of a protein but plays a fundamental role in the cellular mechanisms that allow cells to trigger an immune response. Dr Zimmermann, Dr Zimmer, and their team added 5-Thio-L-Fucose (ThioFuc) to the cell culture medium used to produce rituximab, which led to an increased efficacy and potency of the antibody.

While the modulation of core-fucosylation and other glycosylation profiles can be achieved through cell line engineering, the proposed method offers the advantage of simply adding a small molecule as a cell culture supplement, in the form of ThioFuc.

Antibody-dependent cellular cytotoxicity
Antibodies can bind to antigens on the surface of pathogens, directly blocking their action via a mechanism known as neutralisation. Alternatively, antibodies have the ability to bind simultaneously to their target antigens and to the receptors of other immune cells via a structure known as the crystallisable fragment (Fc). This simultaneous binding allows the immune system to kill its target cells via antibody-dependent cellular cytotoxicity (ADCC), a process whereby natural killer cells and other cytotoxic immune cells can recognise and attack antibody-coated cells like pathogenic cells or cells that express specific tumour markers on their surface. Therapeutic monoclonal antibodies such as rituximab initiate the ADCC mechanism by binding to a receptor known as FcRIIIa, expressed by natural killer cells, macrophages, monocytes and other effector cells of the immune system.

The affinity of the antibody to the FcRIIIa receptor depends on the glycosylation of both antibody and receptor. Many studies available in the literature focus on the impact on ADCC of a specific glycosylation pattern known as core fucosylation: the enzyme-assisted transfer of the sugar fucose to a core glycan on the antibody (Jefferis, 2009; Jiang et al, 2011; Lui, 2015). These studies point out that the reduction of antibody core-fucosylation increases ADCC.

Modulating the glycosylation of rituximab via cell culture medium supplementation with ThioFuc increases the potency and efficacy of the antibody, with several therapeutic advantages including a reduction in the therapeutic doses needed.

ThioFuc and rituximab efficacy
Dr Zimmermann, Dr Zimmer, and their team incorporated ThioFuc in the cell culture medium used to grow CHO cells that produce rituximab. Their study, published in 2021, demonstrated that supplementation with ThioFuc, a derivative of the sugar fucose where the ring oxygen is replaced by sulfur, resulted in a significant reduction in core-fucosylation in a dose-dependent fashion. This led to enhanced binding affinity of rituximab to the FcRIIIa receptor on the effector cells, which in turn increased the ADCC activity of the antibody.

The modified glycosylation pattern of the antibody was analysed through ultra-high-performance liquid chromatography coupled to a mass spectrometer (UPLC-MS). The analysis indicated a reduction in core fucosylation and an incorporation of ThioFuc. The binding of antibodies produced in the presence of ThioFuc was investigated by surface plasmon resonance (SPR) and increased ADCC activity of the antibody of interest was measured using a commercially available kit. The SPR results confirmed that binding of rituximab to the FcRIIIa receptor was enhanced more than seven-fold. Furthermore, data suggested an enhanced ADCC activity, which was demonstrated through a cellular assay. Overall, the results of the 2021 study show that ThioFuc acts as a fucosylation modulator, which enhances the antibody binding strength to the FcRIIIa receptor and, consequently, the antibody’s cytotoxic efficacy and potency.

Novelty and therapeutic advantages
The glycosylation profile of therapeutic mAbs is a critical attribute, because it significantly affects the safety and efficacy of the treatment. While the modulation of core-fucosylation and other glycosylation profiles can be achieved through cell line engineering, the method proposed by Dr Zimmermann and Dr Zimmer offers the advantage of simply adding a small molecule as a cell culture supplement, in the form of ThioFuc. This not only circumvents the intellectual property restrictions associated with engineered cell lines, but supplementation can be applied for drugs already in development. The researchers’ 2021 study demonstrated that modulating the core-fucosylation of rituximab with ThioFuc supplementation increases the potency and efficacy of the antibody. A higher potency for the antibody translates into several therapeutic advantages, including a reduction in the therapeutic doses needed, which will likely decrease the incidence of side effects. The study also showed that cell culture media additives can act as efficient modulators of glycosylation and are thus a valuable tool for the production of glycosylated proteins with enhanced therapeutic potential.

It remains unclear at present whether the observed increase in ADCC is to be attributed to increased thiofucosylation or solely due to a reduction in fucosylation. To address this, the team plans to investigate the effect of increasing the level of thio-fucosylation while keeping the percentage of afucosylation constant. As an alternative, the separation and isolation of thiofucosylated mAbs from a mixture of heterogeneous fucosylated and afucosylated mAbs may allow an unbiased interpretation of the impact of thiofucosylation on antibody binding. Further in vivo studies will be required to confirm the therapeutic potential of ThioFuc as a supplement in the production of antibodies with enhanced pharmacological properties.

Do you plan to undertake further in vivo studies to confirm the therapeutic potential of ThioFuc and what are your medium and long-term aims in terms of clinical trials?

Although the increase in ADCC has been demonstrated in the referenced study, in vivo studies are crucial to evaluate the potential of thiofucosylated antibodies in the clinic. As an initial proof of concept, a toxicity study with ThioFuc was performed in rats (data not published). Under the assumption that ThioFuc may be released in the body after degradation of thiofucosylated IgG, a worst-case scenario was used to calculate possible concentrations of ThioFuc released in a patient (0.48mg/kg body weight). Consequently, doses of 5 and 50mg/kg body weight per day of thiofucose (corresponding to safety margins of approximately 10 and 100, respectively) were administered to wistar rats and compared to vehicle-treated controls. The tolerability and toxicity of ThioFuc after two weeks repeated intravenous daily dosing was assessed, and no toxic response was observed. 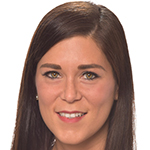 Martina Zimmermann obtained a PhD at the Technical University of Darmstadt and is currently a postdoctoral fellow at Merck KGaA, focusing on the improvement of cell culture technologies. 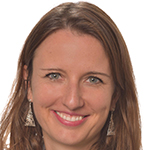 Aline Zimmer has a degree in biochemistry and biotechnology from the National Institute of Applied Sciences, Lyon, France, a masters in cellular physiopathology, University of Lyon, and a PhD in immunology from the University of Paris. She is currently R&D Director, responsible for the development of advanced cell culture technologies at Merck KGaA.

The modulation of core-fucosylation for increasing the efficacy and potency of monoclonal antibodies.

The study was funded by Merck KGaA, Darmstadt, Germany.