Health & Medicine
Poor appetite is common in dogs, but it’s often dismissed if there are no other symptoms. Dr A D Viljoen, from Vets4Pets Torquay, believes this may be a sign that can help to identify dogs with early stages of gall bladder disease and should be investigated further. Some of these dogs appear to benefit clinically from having their gall bladder removed. It also appears as though gall bladder problems are often accompanied by gastrointestinal conditions.

Complaints of poor appetite in dogs are common. For owners it can be a very distressing situation if their animals are not eating or are eating less than usual. There are various reasons to explain a loss of appetite in dogs, and it’s vital to determine the cause to establish the best treatment.

One reason for a lack of appetite includes gastrointestinal problems. This is usually accompanied by other symptoms, including vomiting, diarrhoea, weight loss, or abdominal pain. However, Dr A D Viljoen, based at Vets4Pets Torquay, believes that some animals with no symptoms other than a poor appetite may still be at risk of gastrointestinal diseases. A lack of appetite in the morning, for example, could be a clinical sign indicating gall bladder disease and should be further investigated.

With this in mind, from 2014 to 2019 Dr Viljoen collated information from dogs attending a small-animal clinic in the UK to publish two studies. In the first study, the authors included 16 animals that had abnormal gall bladder sludge and that underwent surgery to remove the gall bladder. They found that these dogs typically had low-grade inflammation in both the gall bladder wall and in their intestine and that the gall bladder typically did not empty normally. In a second study by three of the same authors, they included 14 dogs without solid gall bladder sludge or any sludge. These 14 dogs showed no obvious signs of gall bladder disease but had chronic signs of gastrointestinal problems including a reduced appetite, vomiting, diarrhoea, and increased frequency of defecation. They found that a food allergy was likely part of the problem for all 14 dogs and that a reduced appetite was the most common clinical sign in the group. They further found that it was also common in these dogs for the gall bladder not to empty normally. Gall bladder function was often worse in dogs that did not eat in the morning.

Research on causes and treatment of altered appetite in dogs may offer a valuable tool to further our understanding of functional gastrointestinal disorders in humans.

Considering the increasing incidence of canine biliary disease, both studies also help us to understand how gall bladder disease progresses and what symptoms are associated with this process. For Dr Viljoen, this work ‘highlights that a reduced appetite is a more common clinical sign in dogs investigated for gastrointestinal disease than more obvious clinical signs like vomiting and diarrhoea’.  For the first time these results show that a poor appetite in the morning could potentially indicate gall bladder disease, and that these dogs deserve further investigation.

When is the best time to remove the gall bladder?
The most frequent reason for the surgical removal of the gall bladder (known as cholecystectomy) in dogs is a gall bladder mucocoele. This refers to an overdistended gall bladder filled with solid mucous. It can lead to necrosis and rupture of the gall bladder wall which requires emergency surgery to try and save the dog’s life. Low appetite is a common sign associated with this condition but usually vets don’t think of this condition unless there are accompanying symptoms like jaundice, lethargy, vomiting, and abdominal pain.

Cholecystectomies provide the best long-term prognosis for these dogs, but there is no consensus on when this surgery should be carried out. Usually, it is only performed when the disease has progressed to include serious clinical signs and, as a consequence, it carries a 15% mortality rate.

Dr Viljoen believes this is too late and that elective procedures should be considered at earlier stages of gall bladder disease. For the author, the crucial point should be when any clinical signs develop after biliary sludge starts to accumulate and solidify due to poor emptying of the gall bladder (called gall bladder dysmotility), amongst other factors. However, often at this stage, dogs show no symptoms other than a poor appetite.

Based on current common practice, many of the dogs included in the first study would not have been considered for surgery until much later in their lives. However, over 80% of the dogs benefited greatly from having had the procedure earlier than is the norm and no dog was lost. This means dogs presenting with just a poor appetite and no other symptoms should not be dismissed.

Some dogs don’t want to eat in the morning
In both studies, a common symptom of gall bladder disease appears to be a reduced appetite, particularly in the morning compared to the rest of the day.

In the second study, dogs showing a severe lack of appetite in the morning were also the only dogs that had gall bladder distention after eating. Normally the gall bladder stores bile produced by the liver between meals and only empties the bile into the intestine to aid digestion when a dog eats. For dogs with a severe lack of appetite in the morning, their gall bladders were observed to increase in size after a meal instead of decreasing in size as would happen if they emptied normally. In humans, such distention leads to increased pressure in the gall bladder which is believed to be a cause of abdominal pain. In the second study, the authors speculated that reduced gastrointestinal and gall bladder activity during the night might lead to a maximally full gall bladder in dogs early in the morning. Therefore, if an affected dog had to eat first thing in the morning, there would be a higher probability that it would experience discomfort as the already really full gall bladder distends even further. Bile is constantly produced by the liver, so if a dog doesn’t eat for a prolonged period the gall bladder has to get rid of the stored-up bile to make space for new bile. The gall bladder does this by emptying itself during the day, even if a dog has not eaten, as part of the body’s normal housekeeping routine. This means eating later in the day, when the gall bladder has already emptied itself, may help these dogs to avoid any painful gall bladder distention.

As described earlier, this lack of appetite in the morning was resolved after removing the gall bladder in some dogs in the first study. ‘A range of clinical improvements after surgery were described,’ explained Dr Viljoen, ‘the most frequent being resolution of diurnal inappetence in the morning and improved exercise tolerance.’

Research on causes and treatment of altered appetite in dogs may offer a valuable tool to further our understanding of functional gastrointestinal disorders in humans.

In some of the dogs in the second study the problem was resolved with a hydrolysed protein diet (which excludes any food allergies) and these dogs recovered their usual appetite without needing any other treatment. Based on this Dr Viljoen thinks is that intestinal inflammation caused by food allergies can also potentially contribute to gall bladder dysmotility.

Dogs and people may have more in common than we realised
In the first study, the authors found that the clinical signs of these dogs were very similar to clinical signs described in humans and, also similar to humans, a cholecystectomy typically resulted in clinical improvement. In the second study the authors speculate that dogs may suffer from a range of functional gastrointestinal disorders. In humans, this would include conditions like irritable bowel syndrome and functional gall bladder disorder. Similar to people with functional gastrointestinal disorders, food allergies and intolerances also appear to have played an important role in the clinical signs these dogs had.

Nevertheless, more research is needed to test whether dogs can, in fact, provide an ideal animal model to progress our understanding of functional gastrointestinal disorders in other species, including humans. ‘More research is needed to investigate whether functional gastrointestinal disease occurs in dogs, how prevalent it is, and how relevant it is to other chronic diseases and quality-of-life. If we can learn how to better identify dogs that have less obvious chronic gastrointestinal disease, in part by increasing awareness of the problem, we may be able to do research that won’t only be of benefit to dogs but to humans as well,’ concludes Dr Viljoen.

We are looking at conducting a survey of dogs across the UK to see how prevalent clinical signs of the gastrointestinal tract are. In particular, we want to get a better idea of how many dogs may have an altered appetite in the general population. Once we have identified a sufficient number of dogs with an altered appetite, we will be able to look for common traits and trial different diets and supplements to see what dietary management works best to alleviate their clinical signs. 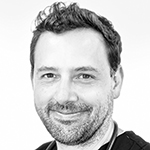 Dr A D Viljoen’s research suggests that less obvious gastrointestinal disease associated with a reduced appetite may be a far more common problem in dogs than has been appreciated to date.