Health & Medicine
Dr Amal Hasan is based at the Dasman Diabetes Institute, State of Kuwait. Her work looks at the mechanics behind the relationship between obesity and metabolic disease. In particular, Dr Hasan’s research has shed light on the involvement of a molecule called IL-33 in metabolic disease. IL-33 and its interactions with another molecule, ST2, may play a role in metabolic health in humans and may represent a novel target for glucose-lowering therapy.

As the number of people with obesity rises globally, there is renewed interest in diseases often associated with being a higher weight. For example, there is an increased risk of developing metabolic syndrome (MetS), a cluster of conditions that increase risk of heart disease, stroke and type 2 diabetes. These conditions include high blood pressure, uncontrolled high blood sugar levels, abnormal cholesterol and increased waist circumference. Type 2 diabetes differs from type 1 diabetes in that it is not caused by an absolute lack of insulin production but is due to a combination of the body becoming resistant to the effects of insulin and the pancreas being unable to produce sufficient amounts of insulin to control blood sugar levels. While type 2 diabetes is normally managed using lifestyle and dietary interventions as a first line option, drugs to lower blood sugar levels
are often required.

Some individuals remain metabolically healthy despite having obesity. This is a controversial area. Other researchers contend there is no such thing as metabolically healthy obese people, and that the consequences of excess body fat will almost always be present at some point during the lifespan.

Inflammation and metabolic syndrome
The work of Dr Amal Hasan, Dasman Diabetes Institute, State of Kuwait, looks at the link between MetS and obesity in an effort to understand what is responsible for triggering disease risk. Excess fat accumulation and the resulting dysregulation of fat metabolism can induce a state of chronic inflammation. This inflammatory response will result in excessive production of pro-inflammatory molecules and excessive production of lipid (fat) metabolites. This perfect storm of inflammation and deranged metabolism contributes to the development of diseases such as heart disease and fatty liver disease but also impacts upon insulin resistance and development of type 2 diabetes.

In particular, Dr Hasan is interested in a molecule called interleukin-33 (IL-33). IL-33 is constitutively expressed in the nucleus, or the control centre, of various types of cells, including adipocytes (fat cells) and pre-adipocytes, as well as the cells which line the inner surface of blood vessels, endothelial cells, and those which line other body and organ surfaces, epithelial cells. In addition, IL-33 can be induced upon activation of some immune cells. These immune cells include monocytes/macrophages, dendritic cells and mast cells. The complementary receptor that the IL-33 molecule binds to is called suppression of tumorigenicity 2 (ST2) and this can be found in two forms; either bound to the membrane of cells (ST2L), or as a soluble, secreted protein (sST2). ST2L is responsible for the biological actions of IL-33, whereas sST2 acts as a decoy receptor, meaning that although it is able to bind IL-33, it does not activate IL-33 and thus acts as an inhibitor by preventing IL-33 binding to its activation molecule, ST2L.

IL-33 plays a role in type 2 immune responses, which are traditionally associated with allergy or infection with parasites, but the role of IL-33 in metabolic disease is receiving increasing attention. Previous studies have shown that IL-33 correlates with expression of a hunger-suppressing hormone in human fat tissue, and studies using animal models have reported that the IL-33/ST2 axis is protective against obesity and/or type 2 diabetes. IL-33 promotes the production of T helper type 2 (Th2) cytokines, polarises macrophages towards a protective alternatively activated phenotype, reduces lipid storage and decreases the expression of genes associated with lipid metabolism and formation of new fat cells. In addition, previous work of Dr Hasan and the research group has shown that circulating IL-33 may confer protective metabolic effects in humans.

Some individuals remain metabolically healthy despite being obese.

The role of IL-33 in type 2 diabetes
Dr Hasan’s more recent work investigated whether the level of IL-33 in fat tissue differs between healthy people and those diagnosed with type 2 diabetes or pre-diabetes. She found that although the level of IL-33 was not significantly different between these three groups, IL-33 was inversely associated with HbA1c in individuals with normal blood sugar levels and type 2 diabetes, but not in those with pre-diabetes. HbA1c, or glycated haemoglobin, is a measurement used to gauge the average blood sugar levels of an individual over the last three months: while it does not show daily or weekly fluctuations in blood sugar levels, it is a useful tool to get an overall picture of someone’s blood sugars. As well as this correlation, the researchers also found that IL-33 was inversely correlated with fasting blood glucose in individuals with type 2 diabetes who had better control of their blood sugar. Overall, these findings suggest a protective role for IL-33 in metabolic disease.

In individuals who are considered metabolically ‘healthy’ obese, Dr Hasan showed a direct association between IL-33 and ST2 and several molecules which regulate the immune system, called CD302 and fibrinogen-like protein 2. There was also an association with a molecule called PR-domain containing 16, which is involved in the beiging of fat tissue, a move from the white fat associated with excess dietary intake of fat towards the beige/brown fat associated with energy expenditure. In contrast to these findings, IL-33 was also inversely correlated with two signalling proteins which are normally linked to activation of immune responses.

Similar trends were observed in individuals with type 2 diabetes. However, in these individuals IL-33 was additionally correlated with a pattern recognition receptor of the immune system, TLR3, and another chemical produced by activated immune cells, called IL-12. In those with pre-diabetes, IL-33 did not appear to be associated with any of the molecules mentioned above, but instead was strongly associated with another pattern recognition receptor, which is normally activated by bacteria and viruses, TLR9.

Dr Hasan concludes that IL-33 found in fat tissue, and potentially its interaction with ST2, may play a role in blood sugar levels. One proposed mechanism for this role is that IL-33 promotes immune responses that are protective against obesity-associated inflammation, insulin resistance and type 2 diabetes. The lack of an association between IL-33 and blood sugar levels in those with prediabetes, but not with confirmed type 2 diabetes, may suggest a possible dysfunction in the IL-33/ST2 axis in early stage metabolic disorders and its reversal with glucose-lowering medications, as may be occurring in patients with type 2 diabetes. In other words, there doesn’t seem to be an immunometabolic response in those with early stage diabetes and this may be reversible.

Therapeutic potential
Fat IL-33 and its interactions with ST2 may play a role in metabolic health in humans and may represent a novel target for glucose-lowering therapy. Therefore, future work will lead on from these findings and may include novel mechanistic and clinical studies in people with prediabetes and type 2 diabetes.

IL-33 is negatively associated with weight and confers a protective metabolic profile in non-diabetic, but not diabetic subjects.

Furthermore, exogenous administration of IL-33 to individuals with abnormal blood sugar levels may promote reversal of the metabolic derangements that lead to MetS. Dr Hasan suggests that it may be beneficial to start glucose-lowering interventions in the early stages of MetS development.

Increasing understanding of the causal relationship between obesity and MetS offers the opportunity to both further knowledge and to investigate potential novel treatment options. The work of Dr Hasan will allow researchers, healthcare professionals and individuals to better understand the protective mechanisms that the human body has against diabetes.

What first interested you in this area of research?

<> I was intrigued by the pleiotropic nature of IL-33 where it can be proinflammatory in some disease states but protective in others such as obesity and type 2 diabetes. The IL-33/ST2 axis is metabolically protective in animal models, so I wanted to find out whether this was the case in humans. Such findings may lead to novel insights into the pathophysiological mechanisms involved in the development of metabolic disease, and potentially novel strategies for prevention and/or treatment.

The role of IL-33 in preventing metabolic disease was last modified: November 11th, 2019 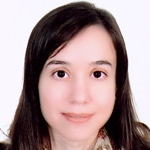 Dr Hasan’s work looks at the mechanics behind the relationship between obesity and metabolic disease.

The program was financially supported by the Kuwait Foundation for the Advancement of Sciences (KFAS).

The research group / co-authors in the publication. 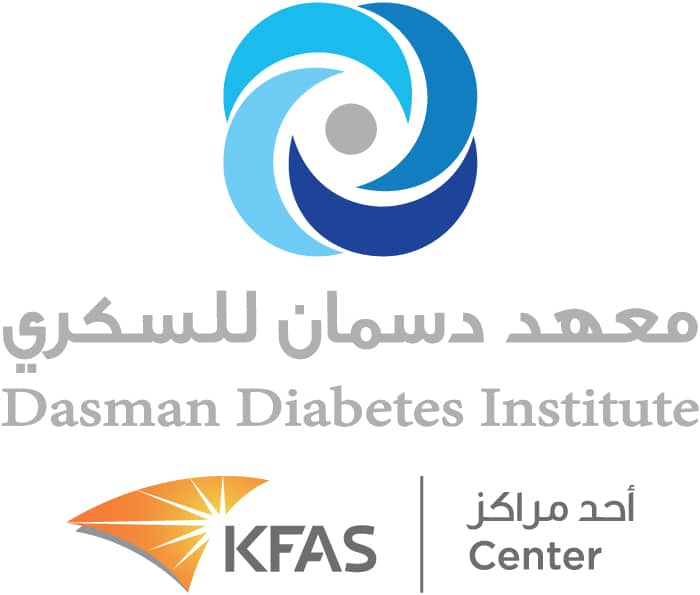 Hasan A., 2019, "The role of IL-33 in preventing metabolic disease"Research OUTREACH (110). Available at: https://researchoutreach.org/articles/the-role-of-il-33-in-preventing-metabolic-disease (Accessed YYYY/MM/DD)